Aperture priority is one of the most valuable modes for the creative photographer who doesn’t have the time to dial in settings or who just doesn’t want to think about them.

Of course, you don’t have quite as much control of your photography as you would in manual mode, and you won’t learn about the relationship between aperture and shutter speed quite as quickly. However, aperture priority does have its advantages for the beginner, intermediate and even the advanced photographer. 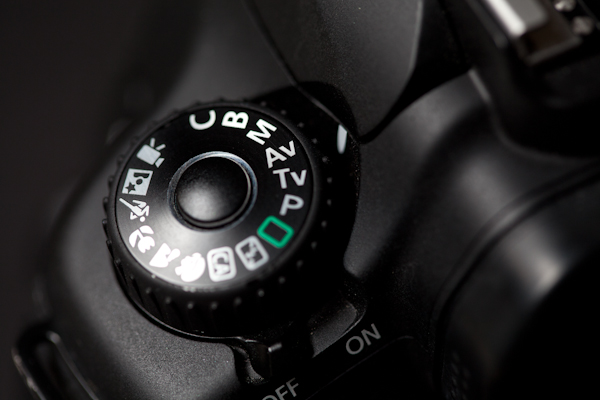 How to find the aperture priority setting:

On every DSLR, you can find a knob with various modes: manual, shutter priority, aperture priority, automatic, and often a few “creative” modes like landscape and portrait modes. Look for the “A” or “AV” symbol. This will allow you to then set your aperture to whatever you choose. The camera will calculate the necessary shutter speed and/or ISO to get an accurate exposure.

When to use aperture priority mode:

1. When you need to control depth of field

The biggest reason, in my opinion, to use aperture priority is to have control over your depth of field. The depth of field is how much of the image appears to be in focus.

If the exposure value stays the same, the viewer of your photo can rarely tell the difference in shutter speed. But they can tell if you used a f/1.8 aperture or a f/16 aperture by how much of the shot is in focus. In this way, aperture plays a much bigger role in the look of a photo than shutter speed. This is certainly true for the majority of my photos of people — people who aren’t moving very quickly.

Of course, shutter speed becomes more important for certain types of photography like sports or low-light. In that case, you’d be better off using shutter priority mode.

2. To get the fastest possible shutter speed

If you are able to have the depth of field you want, generally faster shutter speed is better. This allows to you freeze the motion and capture a moment in time. The slower the shutter speed, the greater the chance you will introduce motion blur from your subject moving or from you shaking the camera while shooting. Aperture priority means that your camera is going to use the fastest shutter speed it can with the aperture you have selected. Now motion blur is one less thing to worry about while working.

3. When you can’t have a surprise flash

Many cameras will automatically turn on the built-in flash or your TTL speedlight when working in automatic or one of the creative modes. If the camera decides that you don’t have enough light for the aperture and shutter speed it wants to use, it will add a little pop of flash to compensate. This can be annoying for the photographer and the subject, especially if you’re photographing a wedding or event where flash photography is discouraged.

To avoid this, aperture priority mode will keep your flash from firing and just slow the shutter speed. With experience, you will be able to hear when your shutter is too slow to get a sharp photo. At this point, you can decide to turn on the flash rather than letting the camera decide for you.

It’s very popular in portraiture, wedding photography and getting that artistic look to shoot with your aperture “wide-open,” meaning at the maximum f-value and letting in the most amount of light. Not only does this let in a lot of light, but it gives you incredibly thin depth of field and allows you to emphasize a part of your composition through focus. This is what gives you those dreamy backgrounds and a certain softness to portraits. I like this look and my clients like this look. Leaving my camera in aperture priority mode and set to the maximum aperture makes achieving the look easy.