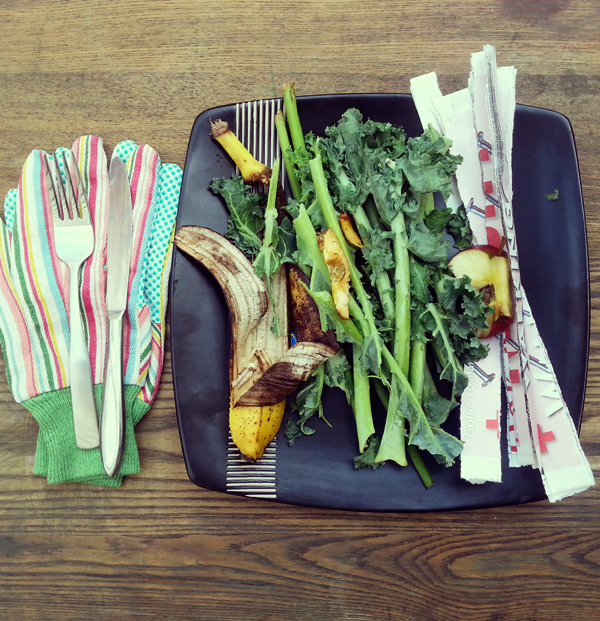 Before you add your worms, lay down some bedding. Bedding can be shredded newspaper or cardboard. Take a spray bottle and mist the bedding and then add your worms to create a humid environment the worms will be comfortable in.

Remember that your worms are a lot like a pet. You should pay as close attention to what you’re feeding your worms as you do your cat and dog.

How to feed your worm bin —

How much your worms consume will depend on the size of your colony and how much waste you’re adding. You may also notice that your worm bin has a “personality” of sorts, and that certain foods I put on the “do not feed” list, like citrus, they will eat in moderation. Same goes for spicy items like hot peppers. They may be OK in small amounts, but dumping a pound of peppers into your worm bin may lead to problems for your worms. But it is a generally considered good worm bin maintenance to not feed your worms food with a high acidity content.

As with composting outdoors, it’s a good idea to have a healthy balance of “browns” and “greens.” If you notice that your worm bin stays sopping wet, you should add some “browns” in the form of newspaper or cardboard to balance it out and absorb some excess moisture.

When you’re starting your worm bin, it’s a good idea to add a handful of sand to help the worms digest food. Especially if you’re vegan, vegetarian or do not eat eggs regularly.

While it isn’t necessary, you can chop the scraps you’re feeding your worm bin into smaller pieces to help speed things up.

Starting and maintaining a worm bin can be really rewarding. By composting some of the waste you’re producing, you’re helping divert waste from landfills, and turning it into compost you can use in your home and garden. Problems like odors and flies can be avoided with good worm bin hygiene. If you’re adding too much fruit, you can hold off on feeding them until you see they have eaten what you previously added. Bury your worm food deep in the bin, and cover with a good layer of newspaper or cardboard so fruit flies and fungus gnats don’t make themselves at home. Keep an eye on the moisture level of the bedding. If it gets too dry, mist the worm bin once in a while to keep your worms happy.

Do you prefer composting outdoors, or indoors in a vermicomposting bin?