To the uninitiated, the Asian soup known as pho (pronounced “fuh”) might seem like an unusual sort of 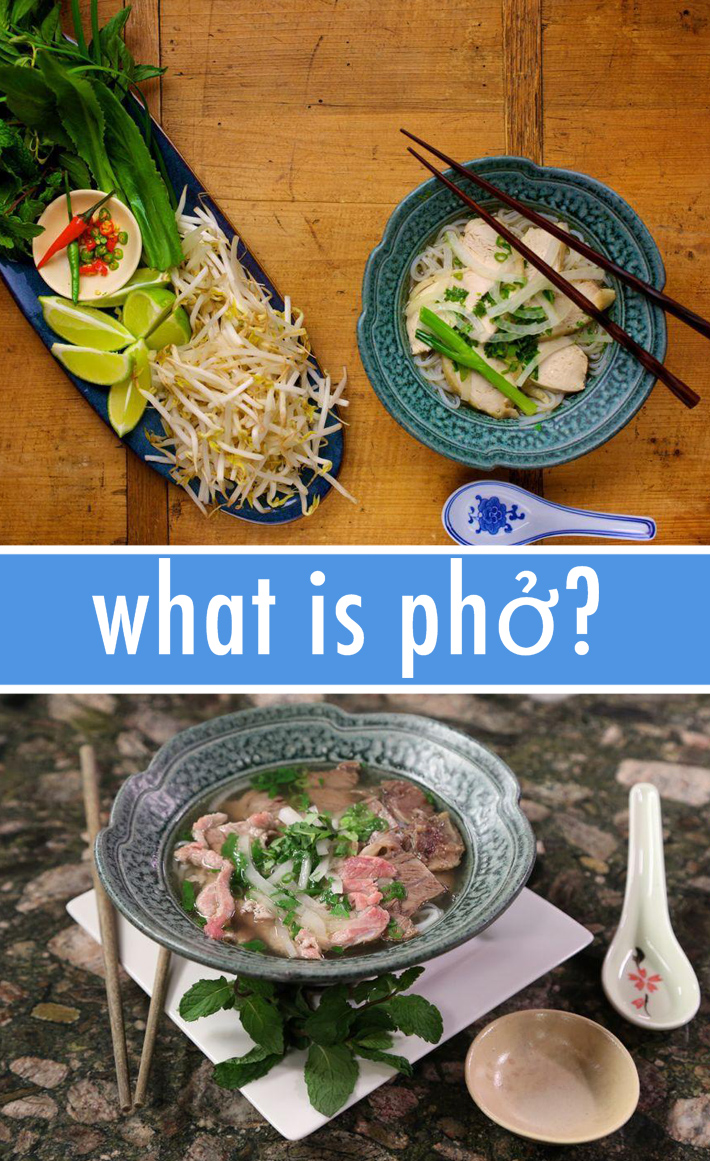 You’ve probably heard of pho, but do you know what it is? Find out here. 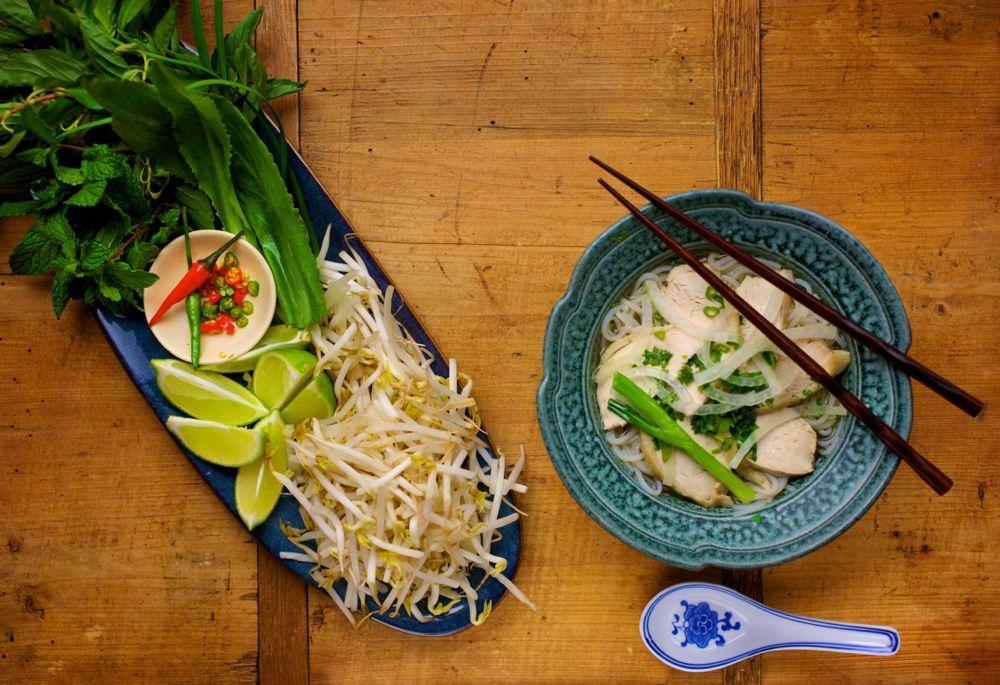 Nope, it’s not “foe.” While variations of the pronunciation do exist, most people in the United States will pronounce it “fuh.” Say what? Well, to illustrate with an example, in Bellevue, Washington, there is a Vietnamese cafe called “What the Pho?” — this reflects how yes, “pho” kind of sounds like a radio edit version of a big bad curse word.

And while we’re on the subject, if you want to write it correctly, pho has a few accents, and should be written like so: phở. For ease of reading, in this post it will simply be spelled “pho”; however, if you happen upon the dish in a restaurant or notice the signage in an eatery specializing in pho, you will likely see it with the aforementioned accents.

The simple definition? Pho is a soup hailing from Vietnam. Interestingly, the word “pho” refers specifically to the noodles, though in common parlance, people use it do describe the entire soup dish. Typically, the basic composition includes broth, rice noodles with a somewhat linguine-like shape, and herbs.

From there, the varieties are practically endless. It might have chicken, beef, vegetables or tofu. It might include all sorts of garnishes or add-ins, including but not limited to cilantro, bean sprouts or hoisin sauce. In this way pho resembles a dish like gumbo: there are certain basics that you can count on, but seemingly limitless variations. 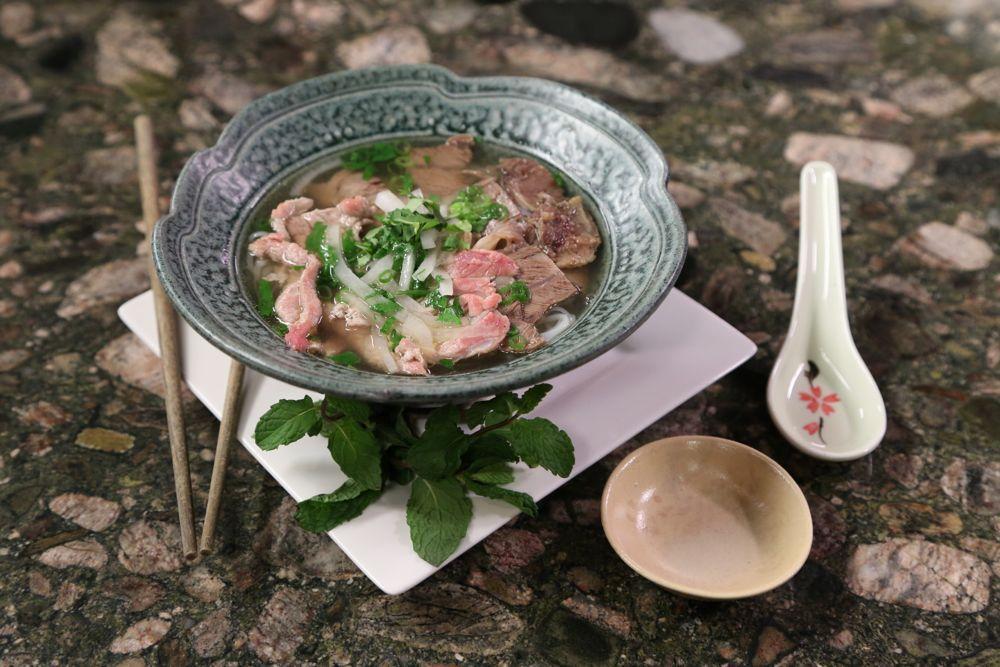 When is pho eaten?

In Vietnam, pho is officially planted in street food territory, and is most commonly enjoyed as a breakfast dish, or maybe lunch. However, in the United States, at least with the non-Vietnamese population, it is more frequently enjoyed as a lunch or dinner food.

How did pho become an international phenomenon?

In Vietnam, pho has been around since at least the early 1900s. Its origins remain hazy. Some say that “pho” is a derivation of the French pot-au-feu, and developed in Vietnam during times of French occupation; others say that the dish developed following the sale of a beef and noodle dish by Chinese street vendors. Regardless of where it came from, however, it’s clear that pho has flourished in Vietnam and become its own culinary phenomenon.

Traditionally sold in the north of Vietnam, following the Partition of Vietnam, the dish began to gain popularity in the southern part of the country, too. After the communist party took over, dining establishments were not permitted, but illicit pho vendors flourished where and when they could.

Pho endured, and following the Vietnam war, the tradition began to travel out of the country. At first it was the stuff of Asian enclaves, but gradually, it began to gain popularity in cities with large Vietnamese populations. Today, in cities such as Seattle, Los Angeles or New York, pho eateries are a common sight, and many small cities have at least one pho purveyor. 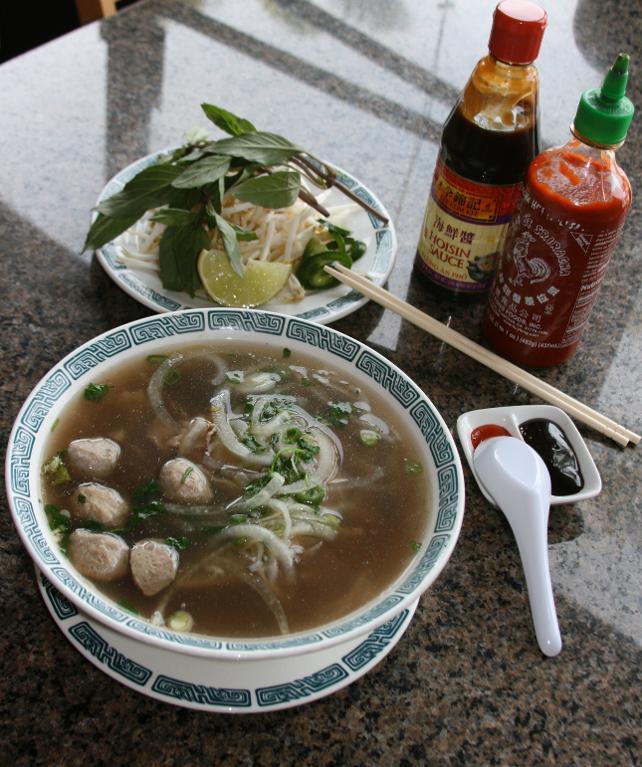 Pho: what to expect

If you go to a restaurant and order pho, you’ll likely receive a large bowl of steaming broth with noodles and herbs, a heaping side of all sorts of garnishes such as basil, cilantro, and bean sprouts, lime wedges, an array of sauces, and chopsticks and a spoon. What on earth to do?

As Matt Rodbard of Food Republic suggests in his fantastic write-up on eating pho, start simply: by tasting the broth. Take a moment to taste and appreciate what has gone into creating this liquid. From there, add in whatever seems right to you from the options presented. Go ahead, add some sauce, squeeze in the lime. Make this pho your own.

Rodbard goes on to suggest a handy way of eating the soup, too: align the chopsticks in your dominant hand, and the spoon in your non-dominant hand. Sip the broth, then use your chopsticks to slurp up some noodles. Keep on repeating until you’re full of pho!

Oh, and as a side note, slurping is not a faux pas with pho — nor is tipping the bowl back to drink the last of the broth. So enjoy!

Want to learn more about pho? Craftsy course Vietnamese Classics: Pho, Noodles and Beyond offers a wealth of knowledge on all things pho, including how to make your own noodles and assemble a variety of different types of pho, as well as offering tips on pho etiquette!

Have you ever tried pho?