In urban centers, there an infinite number of things to inspire your drawing: colorful people, big buildings, bright lights and lots of hustle and bustle.

As author Mehmet Murat Ildan aptly put it, “In a big city you become a ghost; you walk on the crowded streets and realise that you are a kind of transparent entity; an indistinct being, a thing which is not something!”

The city is a fine place to be an observer and to create art. But how do you get started? 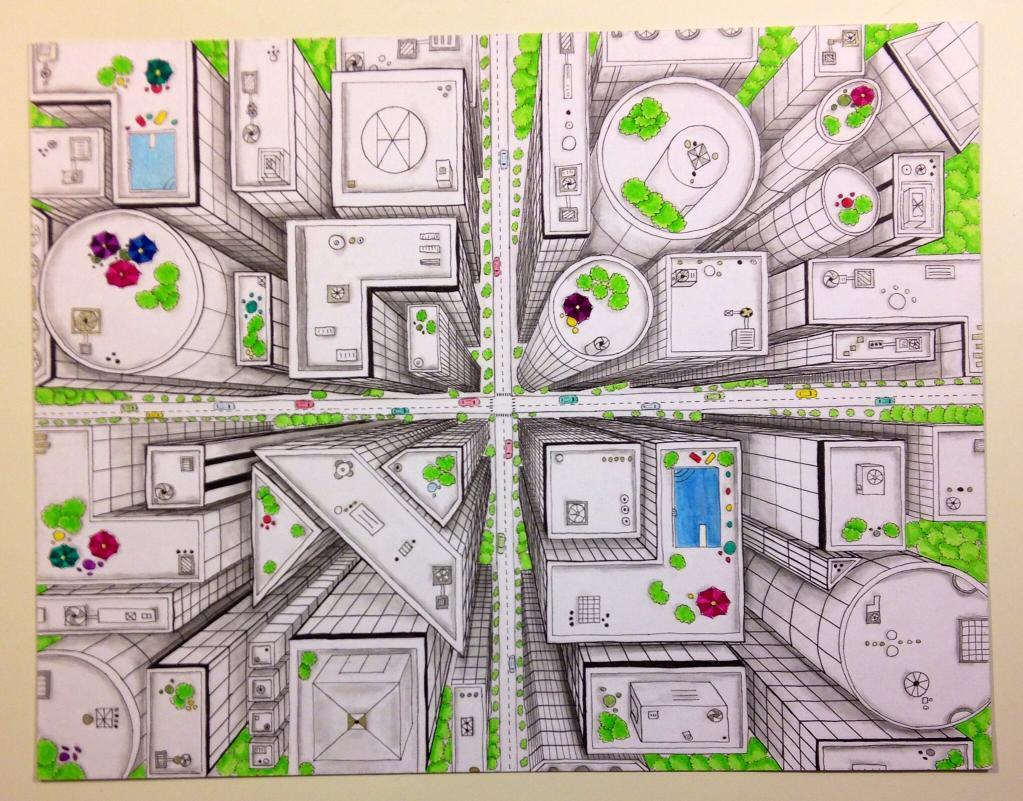 Urban sketching might seem intimidating at first, but there’s a whole world of subject matter out there just waiting to inspire you.  In this post, we’ll explore a number of different ways to approach sketching in the city, from subject matter to style.

To further develop sketching skills, check out the Bluprint class Sketchbooks: Sketching the Everyday. Along with artist Paul Heaston, you’ll learn an inspiring range of ways to use pencil, ink and watercolor in sketches inspired by everyday moments, and explore the world of sketching for beginners as you learn to accurately depict subject matter in dimensional space.

This urban sketching tutorial will give you some ideas of some of the ways to capture the city’s pulse in your sketching. 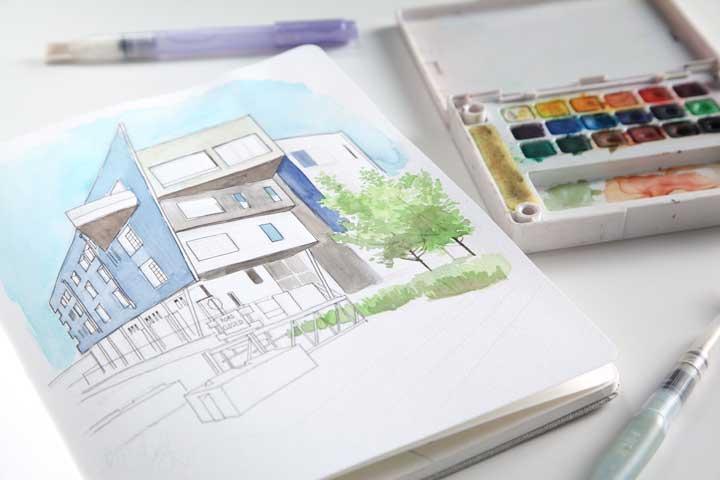 The density of urban areas means that there’s usually an interesting “fabric” created by the contrasting textures and shapes of so many buildings residing in such close quarters. Choose a view that is interesting to you like a cool modernist building, an urban park like Central Park, with greenery dwarfed by huge skyscrapers in the backdrop, or maybe an interesting assemblage of old and new architecture on an urban block. 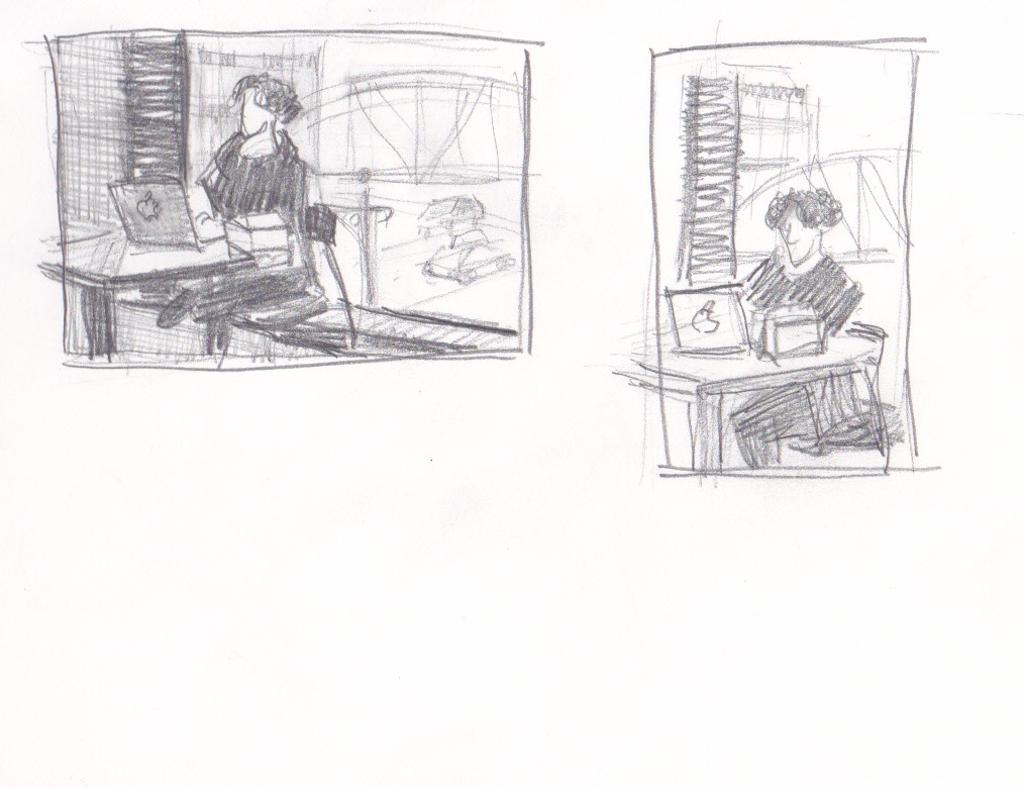 Is there anything more gratifying than people watching in a big city? You can find plenty of inspiration just from the passers-by. Sketching movements, fashion or expressions of people who capture your interest can be a great way to start sketching, whether it’s from your seat on the subway or a perch on a park or museum bench. 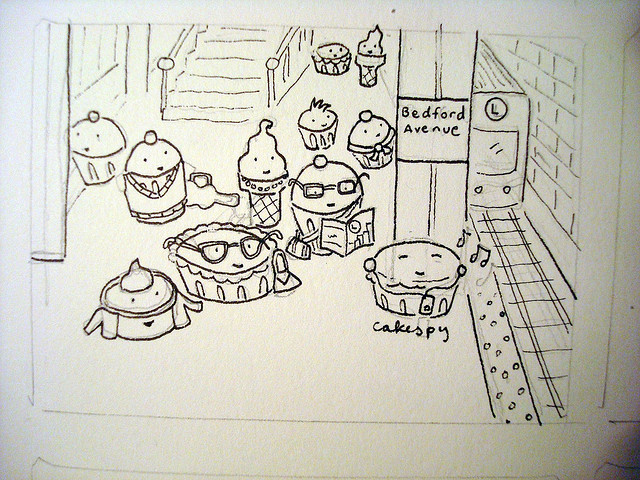 Note: It doesn’t even have to be people you sketch: you can capture the expressions and outfits from real people and put them on characters of your choosing. 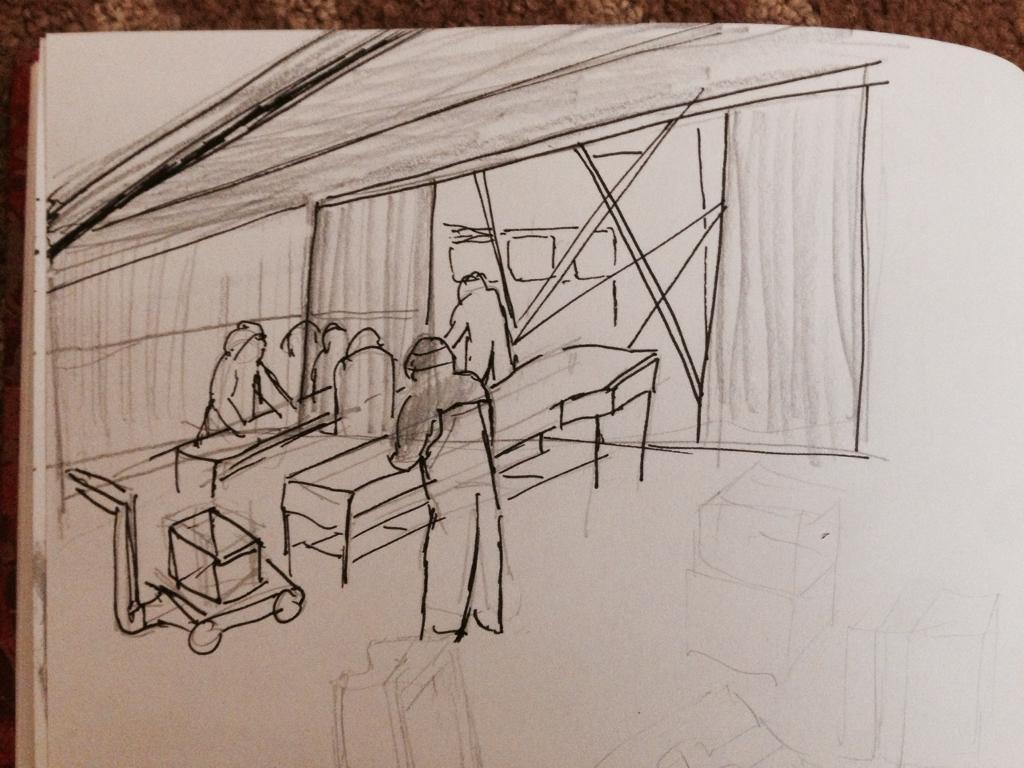 Trying to capture the goings-on of the city can be a project in itself. These are the things that keep the city moving, and it’s inspiring to capture that movement. Try doing quick studies in places of movement: train stations, crowded town squares, taxi cabs whizzing by or construction projects. If the pace is too quick, try to take some photos so that you can remember a scene later.

Be a street artist

Photo and illustration via CakeSpy

We’re not going to suggest graffiti, but taking a photo of a city scene and augmenting it with a sketch can be very fun and striking way to create visual ideas. Just think: what would Banksy do right here? Have fun with it, and create a scene that is either realistic or fanciful, depending on your style and mood.

How and where to sketch

There are some considerations as to how and where you can appropriately capture a cityscape in sketch form. For instance, there might be some scenes where you feel real inspiration, but you can’t quite stop due to traffic. Setting yourself up in a cafe window, a park, a mass transit seat or in a museum is a great start, but if you can’t seem to get the peace you need to sketch, bring a camera and take photos or even videos of your scene to inspire sketching later.

How to progress your work 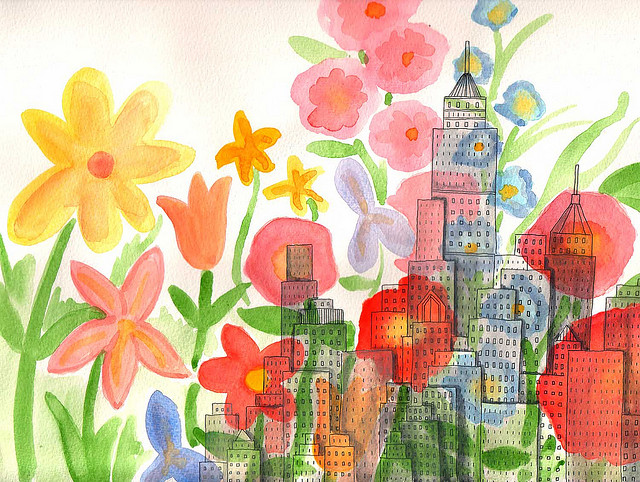 Cityscape with flowers via CakeSpy

Try taking your work to the next level in a variety of creative ways.

What do you like to sketch in the city?