Perspective is all about creating the illusion of space. Linear perspective uses a mathematical formula to indicate distance. Atmospheric perspective demonstrates the same thing using only the air between the viewer and the subject. An understanding of atmospheric perspective can make the difference between a good landscape painting and a great one.

Let’s take a look at atmospheric perspective in action. 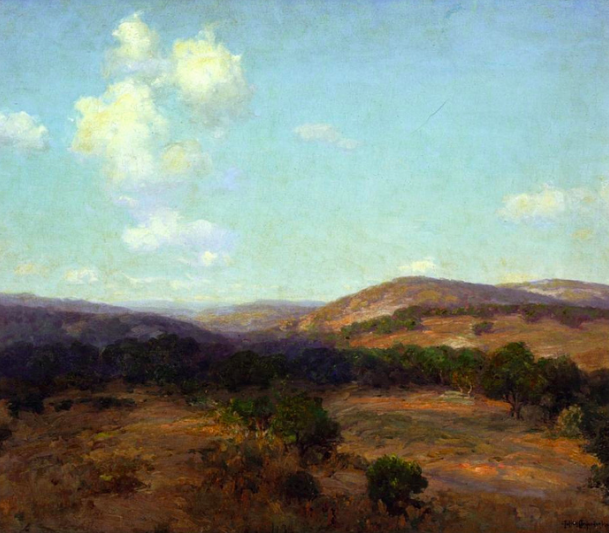 In the simplest terms, atmospheric perspective is a way of painting or drawing things at a distance by reducing the contrast (the difference in light and dark values) between an object and the background. This effect is usually visible only at great distances outdoors in daylight. Basically, far away objects appear “bluer” and lighter, until the furthest objects, such as distant mountains, are virtually indistinguishable from the sky. However, depending on the time of day, the quality of light, and the atmospheric conditions, the effects of atmospheric perspective can vary greatly.

Artists have been aware of atmospheric perspective for a very long time. The Chinese artist Ma Yuan painted Walking on a Mountain Path in Spring sometime in the late 12th century. The distant hills on the left “fading” into nothing are contrasted with the clarity of the foreground imagery, underscoring Ma’s early mastery of atmospheric perspective. Even the slightly more distant tree in the foreground is partially veiled in the mist of Ma’s landscape. 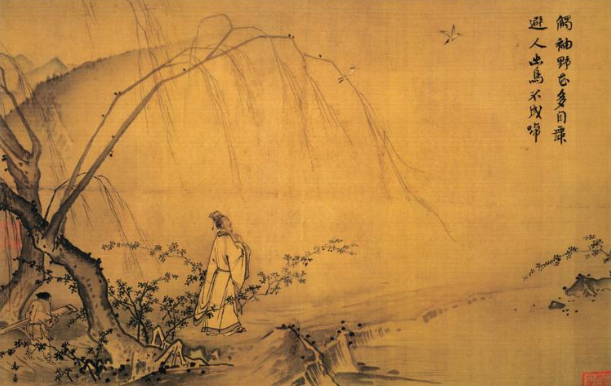 Later painters still managed to utilize atmospheric perspective even as the techniques favored by realists like Julian Onderdonk (top) gave way to more colorful but less illusionistic space as in the Braque painting below. 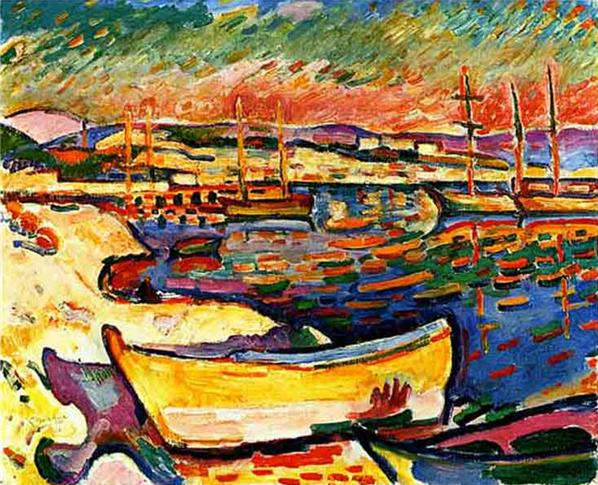 While the red sunset in Braque’s seascape may be a bit fantastic, there’s no mistaking the light purple hills along the horizon as an indicator of atmospheric perspective. Braque is aware of the necessity of maintaining some rational and logical spatial relationships to keep the viewer from becoming lost, and the viewer’s familiarity with atmospheric perspective is an anchor that helps one make sense of the rest of the image. 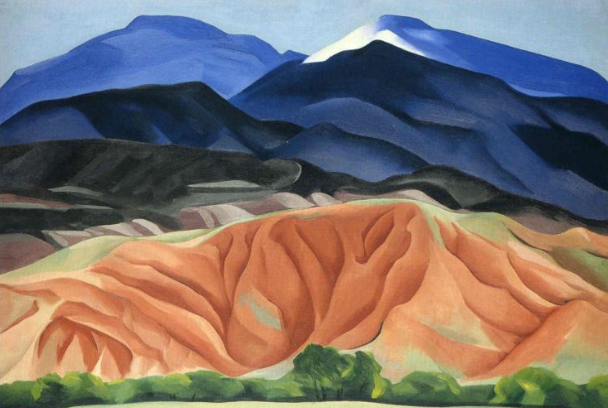 Georgia O’Keefe’s Black Mesa Landscape compresses the foreground and background of this New Mexico view until even the distant mountains feel as though they’re right on top of the viewer. O’Keeffe capitalizes on our awareness of atmospheric perspective, exploring its power as a familiar pictorial trope by placing it center stage and seeing if it still works. O’Keeffe’s graphic sharp edges and concentrated space almost undermine the effect, but not quite. The atmosphere is still quite palpable. 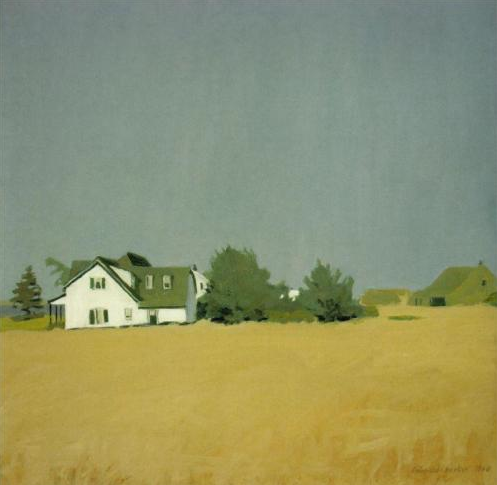 At first glance, it might also seem as though Fairfield Porter’s flat shapes and clean edges are another attempt to deconstruct the effect of atmospheric perspective. However, noting the muted cool grays infused in the green roofs and trees it becomes clear that the entire painting is about exploring atmosphere. We can almost sense the warm midday haze looking at the flat trees and the almost monochrome barn. By dividing the space as he has between the wheat field and the sky, Porter commands us to pay attention to the horizon space, and the extraordinarily subtle distinctions he makes between near and far by playing with contrast and saturation.