Did you know there’s more than one type of binding for quilts and sewing projects? A handful of the most common varieties are pictured below — can you tell which types they are? 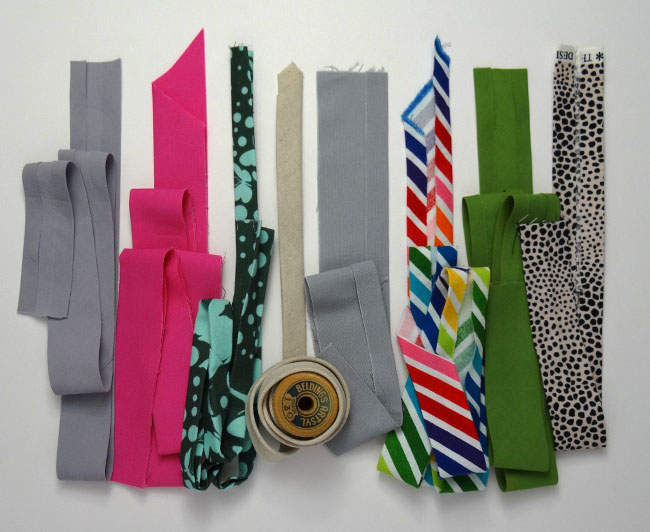 For starters, what is binding in quilting and sewing?

Binding is a long strip of fabric used to neatly cover raw fabric edges. In a quilt, specifically, it’s used to cover the outer raw edges while neatly holding the quilt top, batting and backing together along the edges.

Binding can be cut on the straight grain or on the bias; they can be folded over once or twice; they can be made at home or bought pre-made. And all these elements come in all sorts of combinations! With so many options available, you may find yourself asking, “What’s the difference?” That’s what we’ll uncover today.

Deciding which type of binding to use is much simpler if you know how they are cut. The diagram below shows three different fabric grains — use this as a reference for descriptions of each type below. 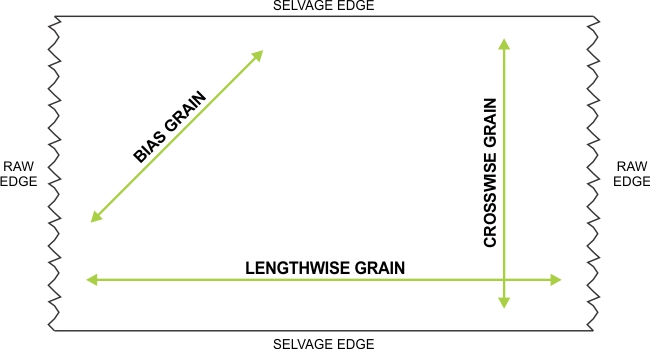 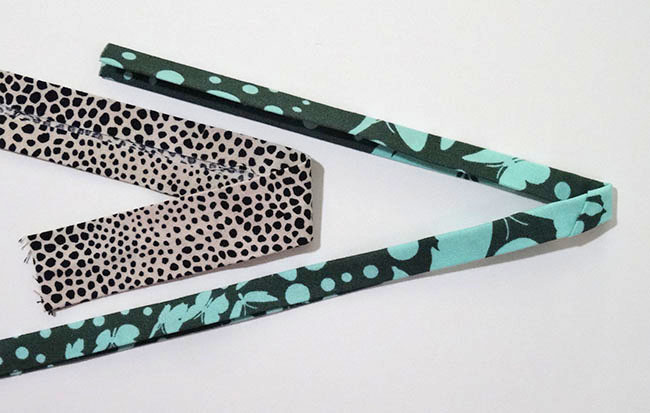 If the strips of fabric are cut along the crosswise grain of your fabric (from selvage to selvage), or the lengthwise grain (from raw edge to raw edge) they are cut on the straight grain. 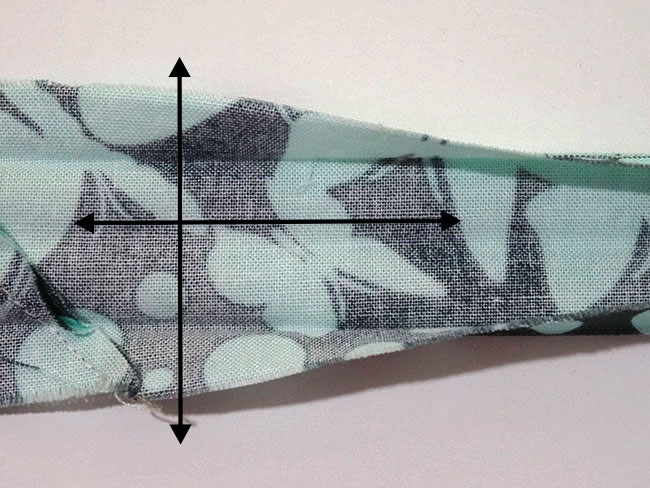 How can I tell if my binding cut on the straight grain?

Take a quick look at the fabric weave — it should run across the strips from side to side, and parallel to the long edge. You can also give your binding the “tug test” by gently pulling the ends of the fabric strip; if it’s cut on the grain, the fabric will not stretch.

When should I use straight-grain binding?

Straight grain–cut binding or tape is best used to cover straight edges and should be mitered at each corner.

Trip Around the World Quilt by IsaLaBella 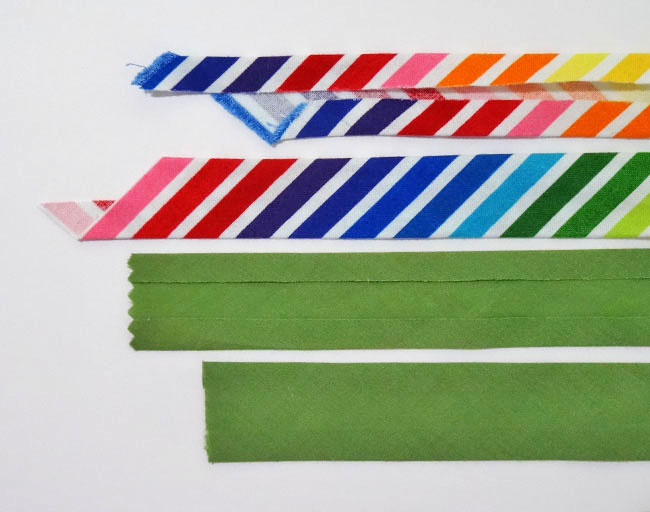 Binding and tape can also be cut along the bias grain of the fabric, 45 degrees to the crosswise or lengthwise grain. Woven fabric stretches most in this direction, so the binding can stretch gently around odd or rounded shapes. The stretch allows the finished binding to easily lay flat on the rounded quilt edges.

How can I tell if my binding cut on the bias? 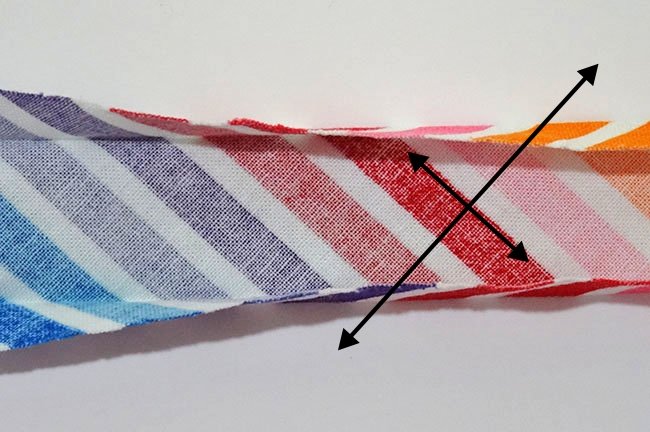 When should I use bias-cut binding?

This type of binding should be used to cover curved or rounded edges. 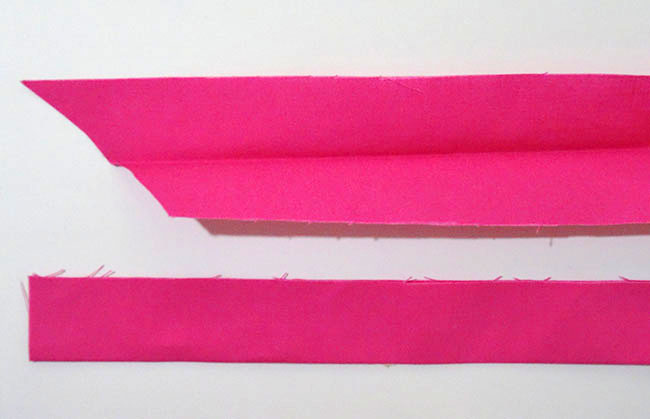 Of the three types of binding, French quilt binding is the most common and the simplest to make. This binding is made from strips of fabric, usually 2″ – 2½” wide, which are folded wrong sides together with the raw edges touching to create a double layer of fabric.

The double layer of fabric in a French binding wraps around and protects the quilt’s edge with two layers, creating a very durable finish. This makes it the ideal choice for a quilt that will be well used and washed often.

To sew the French quilt binding, line up the raw edges with the quilt edge and sew with a ¼” seam. Wrap the remaining fabric around the raw edges to the quilt back and sew along the folded edge by hand or machine. 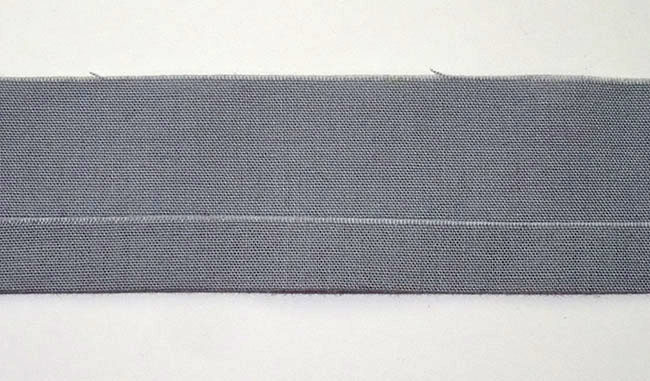 This folding method leaves only one layer of fabric covering the raw edge. It’s best used for quilts that will be hung for display or gently used and not washed often.

As with a French quilt binding, single-fold binding can be cut on the crosswise or lengthwise grain (no stretch) for straight quilts. It can also be cut on the bias grain to provide the needed stretch to tidily finish curved quilt edges. 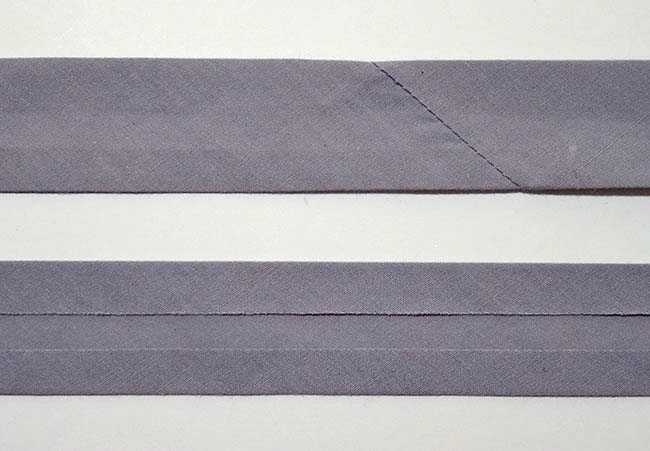 Single-fold bias tape is not recommended for finishing quilts that will be washed often, the single layer is not durable enough to protect a well-used quilt edge. 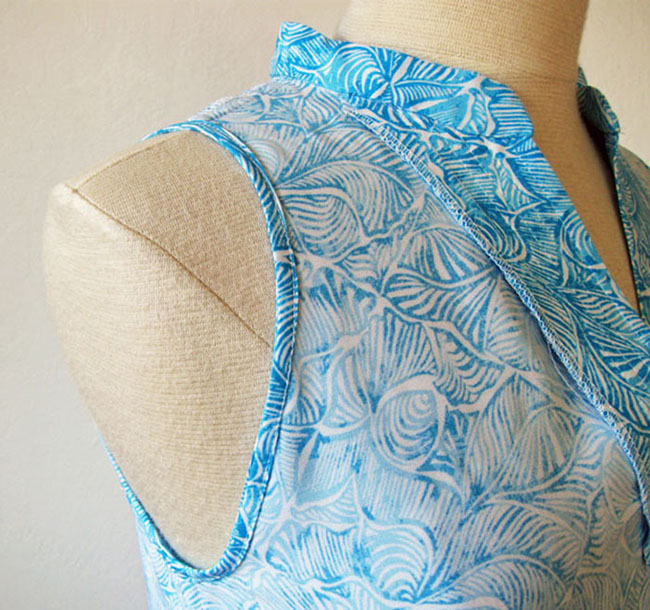 If you create single-fold bias tape yourself, you can also choose to cut the strips on the crosswise or lengthwise fabric grain and use them in non-curved applications as well, such as this simple drawstring bag casing. 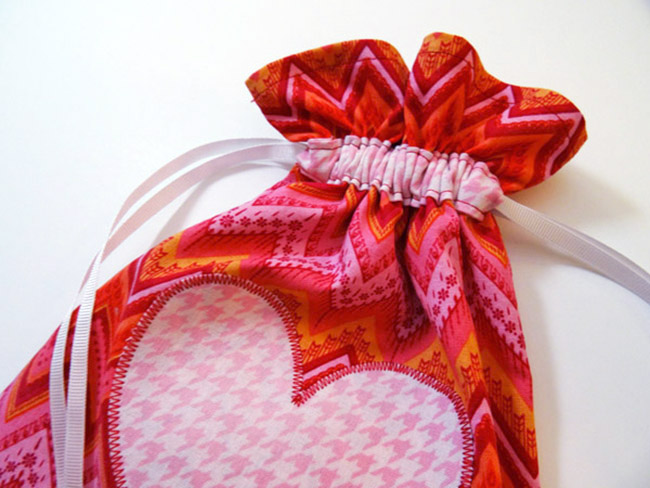 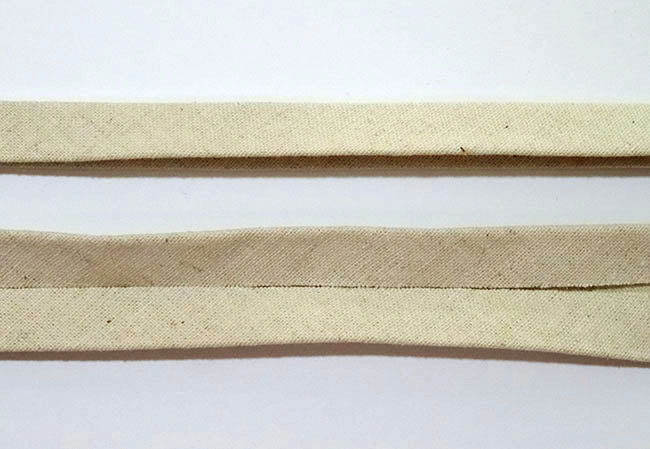 This is the most common type of bias tape. Each raw fabric edge is folded in toward the center of the fabric strip, then the strip is folded in half along the center, matching the folded edges. Similar to single-fold bias tape, pre-made double-fold tape is cut on the bias and is often used to finishing raw edges on garments, bags, accessories or toys. 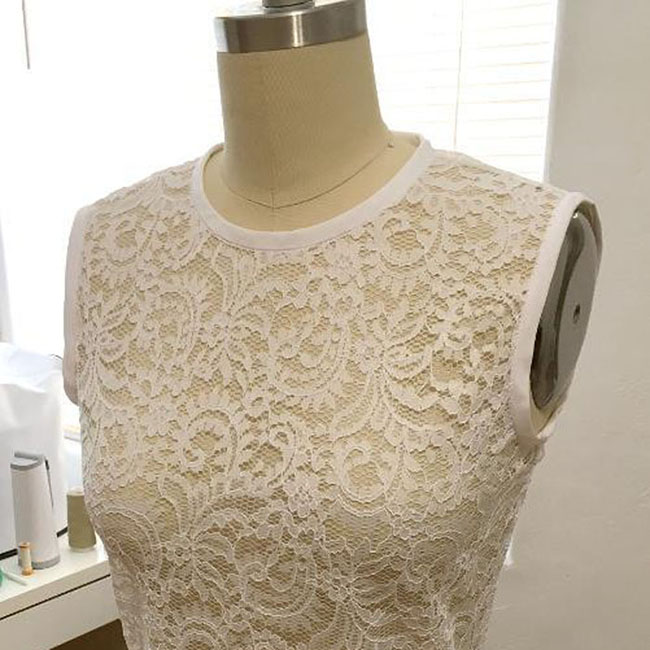 Double-fold bias tape is not recommended for binding a quilt. Despite being called “double fold”, the edges are folded into, but not over, the center. This leaves only a single layer of fabric to cover the raw edge. As with single-fold quilt binding, it’s best used for quilts that will not be used or washed on a regular basis.

Handmade double-fold bias tape can also be cut on the straight grain if you’re using it to cover a straight raw edge such as the top and bottom of this child’s Quiet Book page. 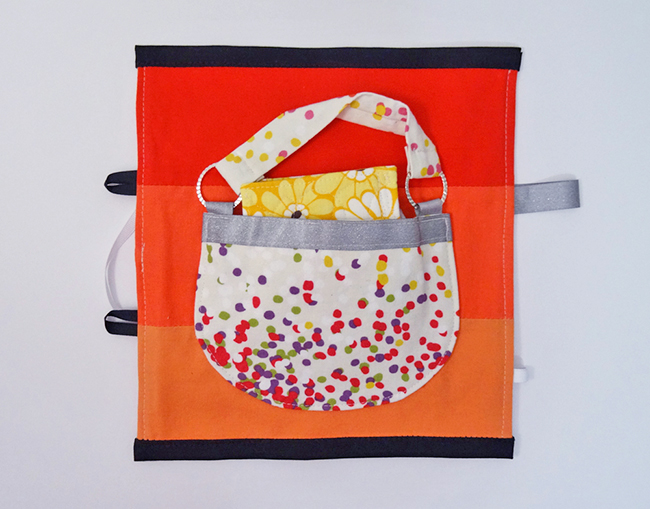 All kinds of binding can be purchased pre-made at most any fabric shop.  If you choose, you can also make your own to coordinate with your current project. There are lots of tutorials you can follow to make your own. Try each one and decide which is your favorite!