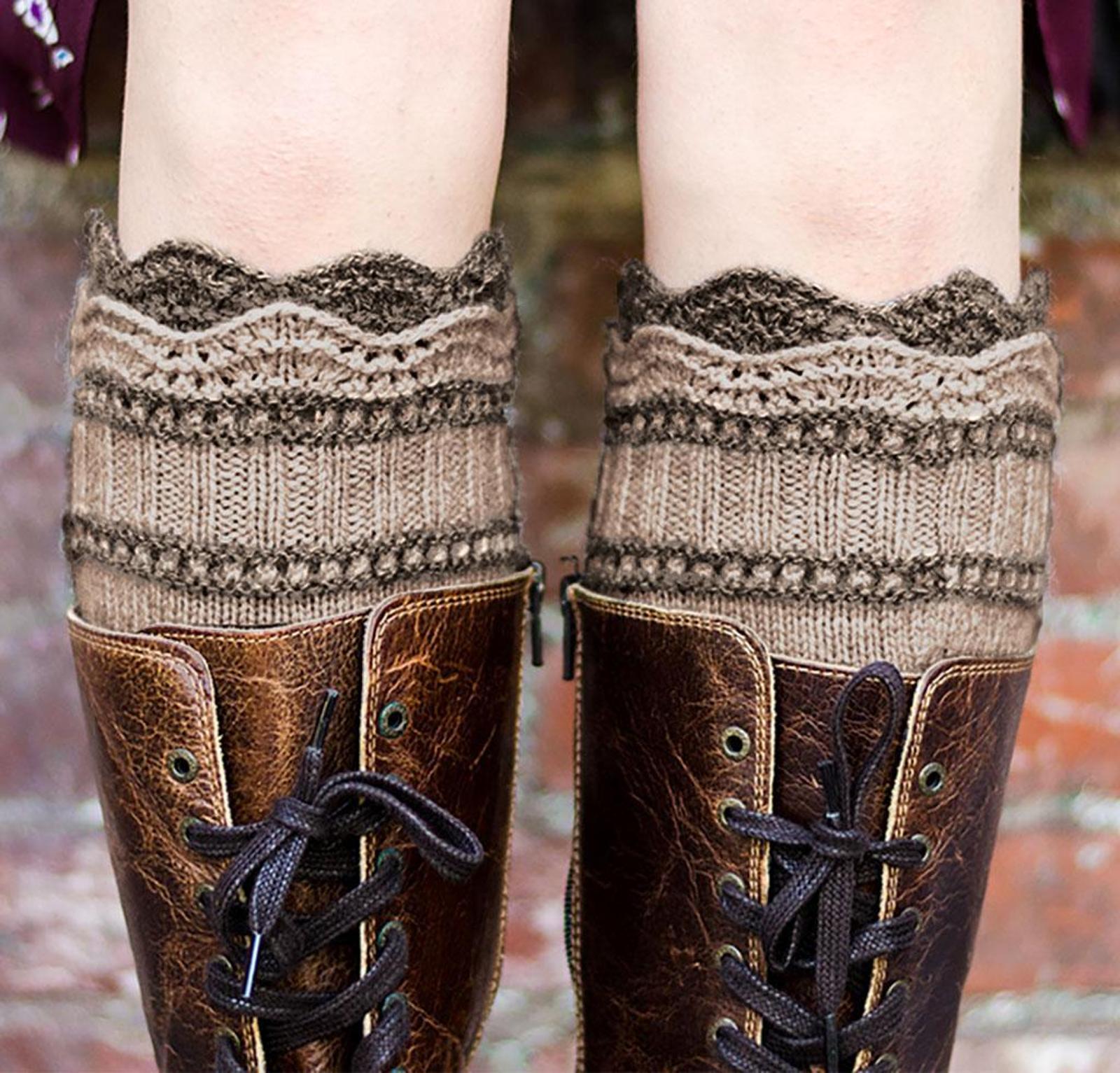 The three needle-join creates extra fabric on the piece, so it works well for adding texture to your project. For example, the Brooklyn Boot Liners pictured above use a three-needle join to layer those pretty ruffles on the edges.

If you were knitting amigurumi and you wanted to add a beard, you could use a three-needle join. You could add ruffles or any other texture to a pillow or even a skirt.

Inspired to give the three-needle join a try? Try this tutorial and start adding texture to everything you knit! 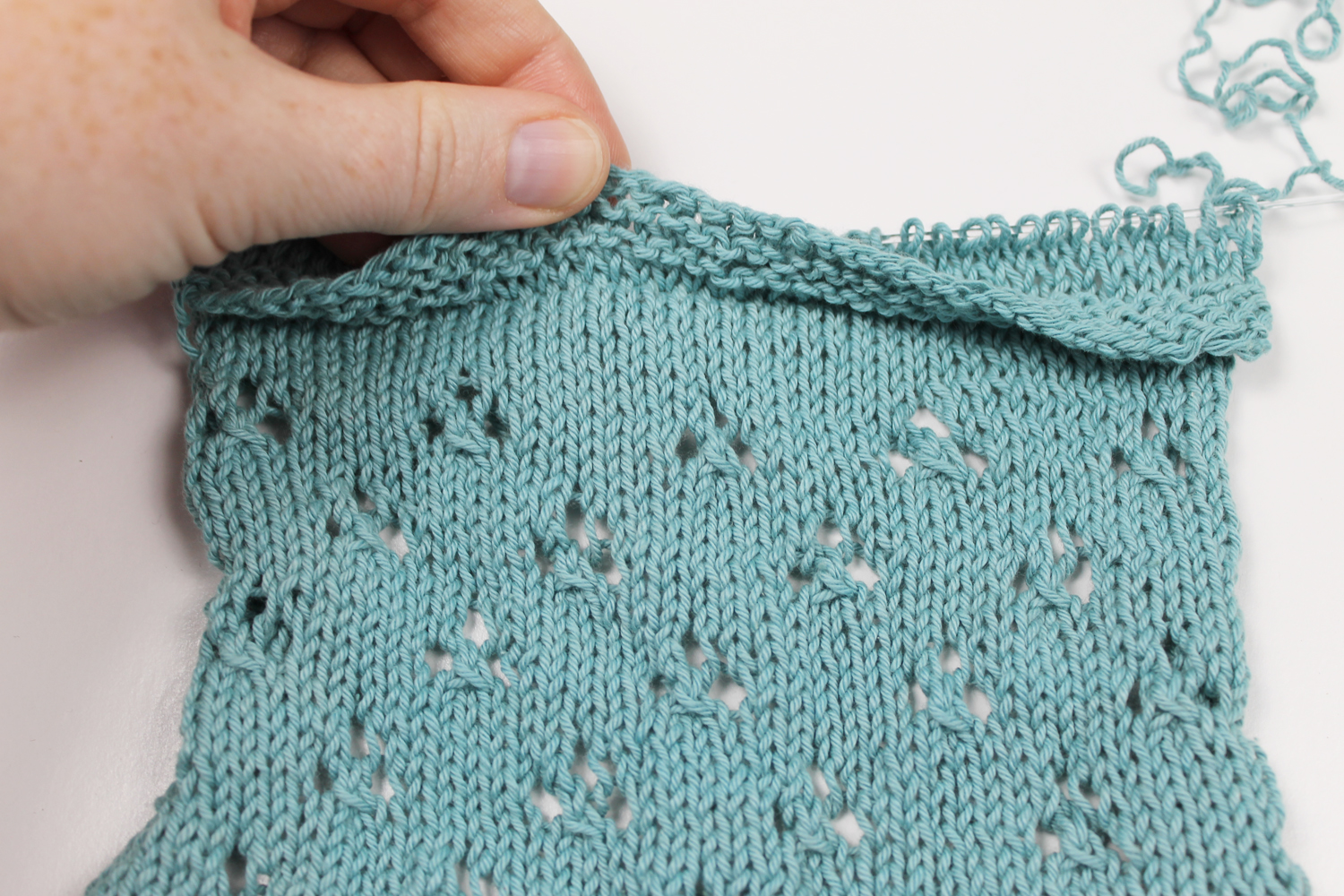 Choosing needles for the three-needle join

To stitch this join, you’ll need three knitting needles that are the same size. Unless the pattern notes otherwise, the needles should be the same size as the needle you used to knit the project. 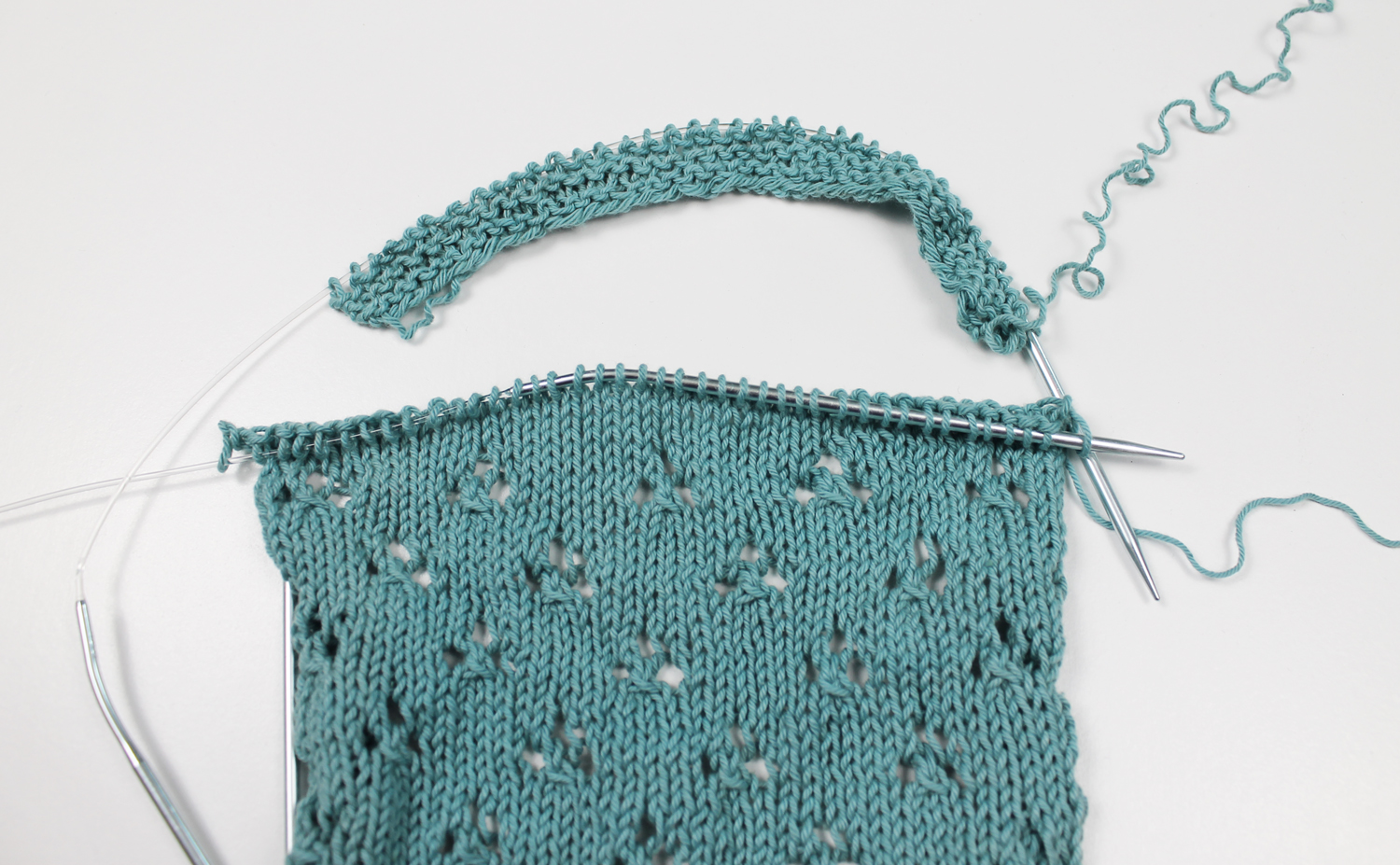 For this tutorial, I have 40 live stitches on a circular needle.

I want to add this garter stitch ruffle to my project. I worked the 40-stitch ruffle separately on another circular needle, and now I’m going to join the ruffle to the project. Here’s how:

If your stitches are on stitch holders, replace the stitch holders with knitting needles that are the same size as the needle you used to knit the stitches. You should have the same number of stitches on each needle for the bind off to work.

Step 2: Set up your work 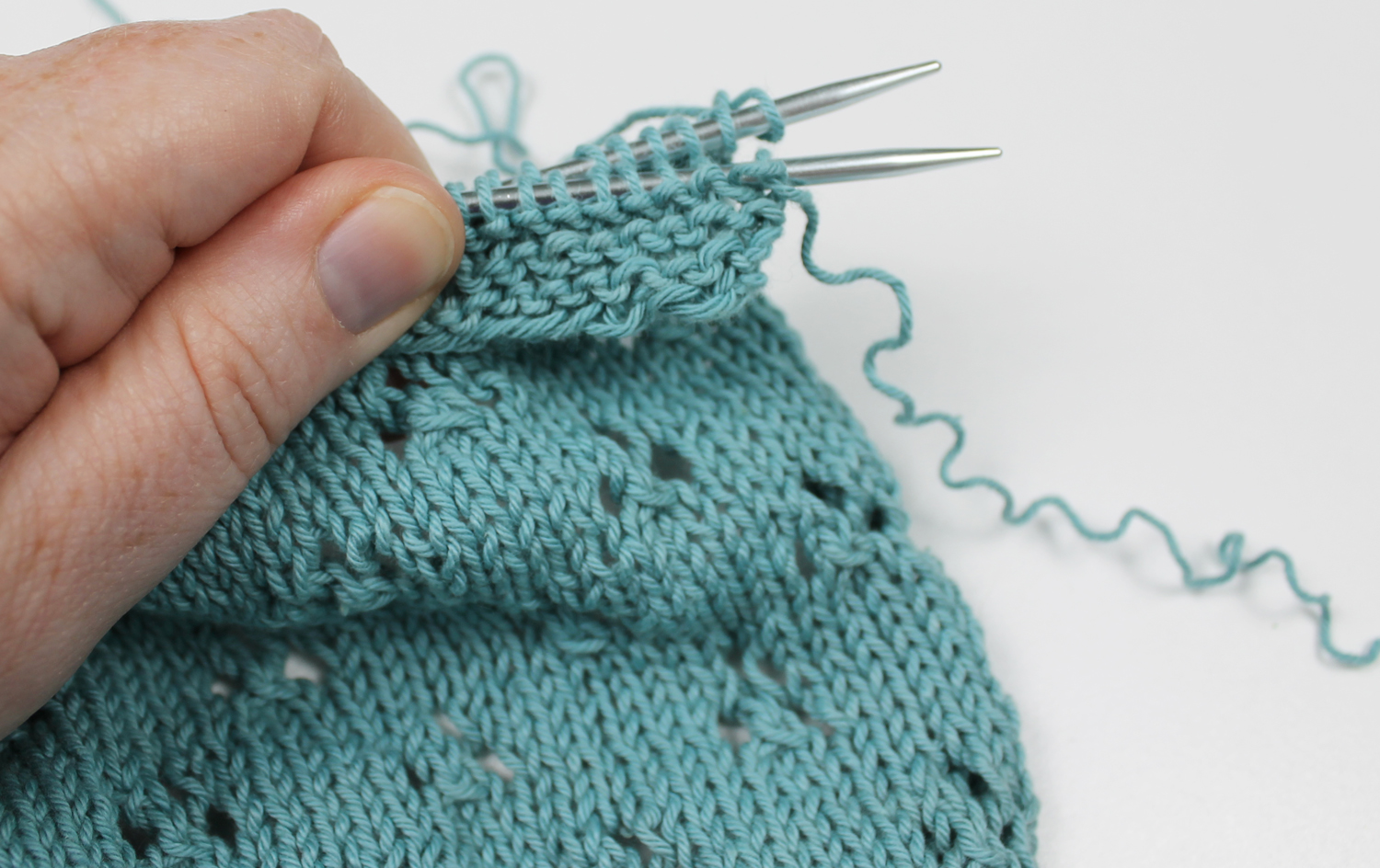 The tip of the needle needs to be on the same edge as the working yarn, since you’ll start the bind off from that end.

Place your work together. Since I’m adding a ruffle to the piece, I’m placing the ruffle on the right side of the work. Other patterns, though, might have you put wrong sides together or right sides together, depending on what you’re joining.

Hold the two needles parallel to each other and close together. 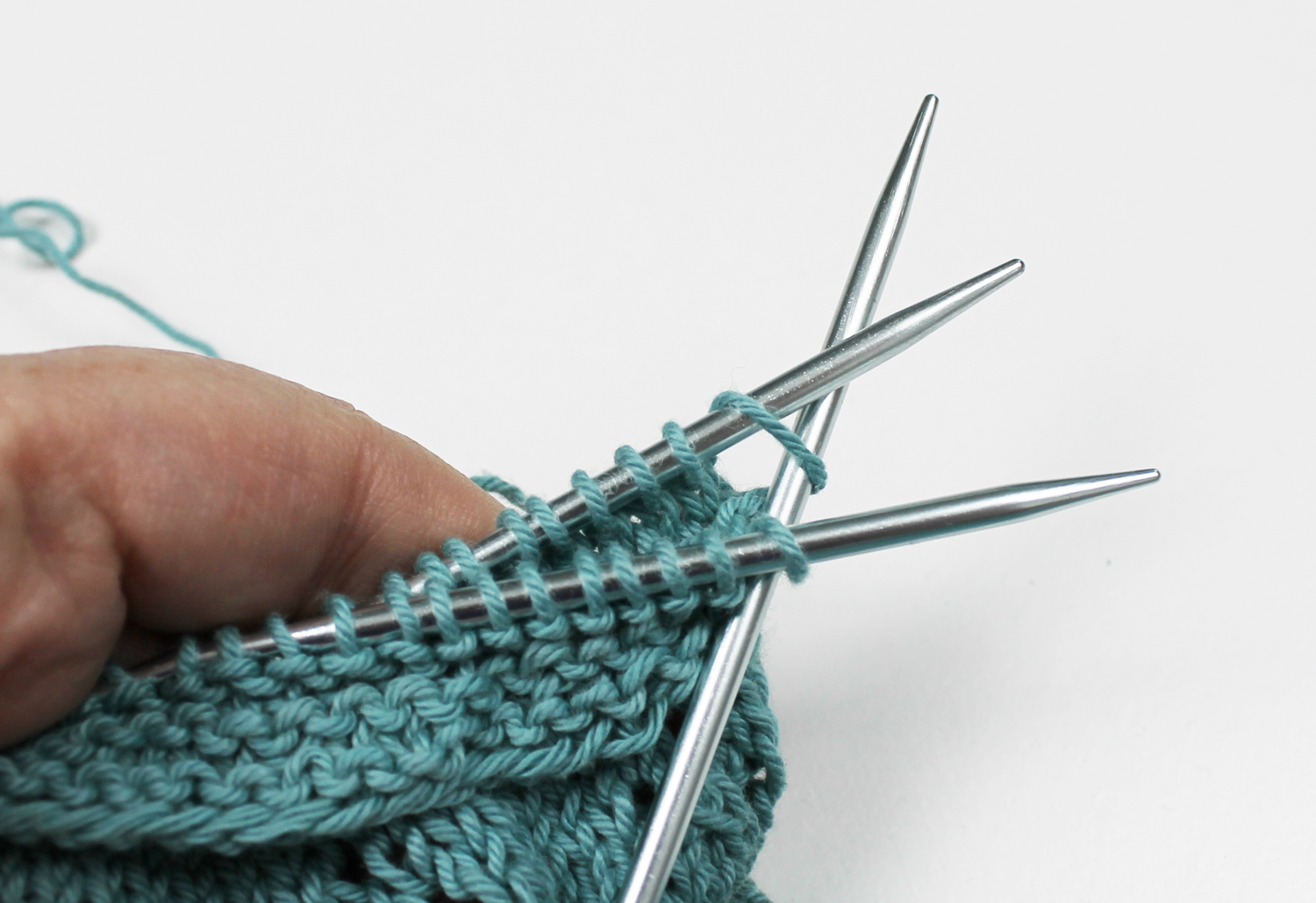 You might notice in the photo above that one stitch is pulled out a little bit. That’s because it’s attached to the working yarn that you’re not using. Just give that yarn a little tug, and you can make sure it’s neat and tidy later when you weave in the end. 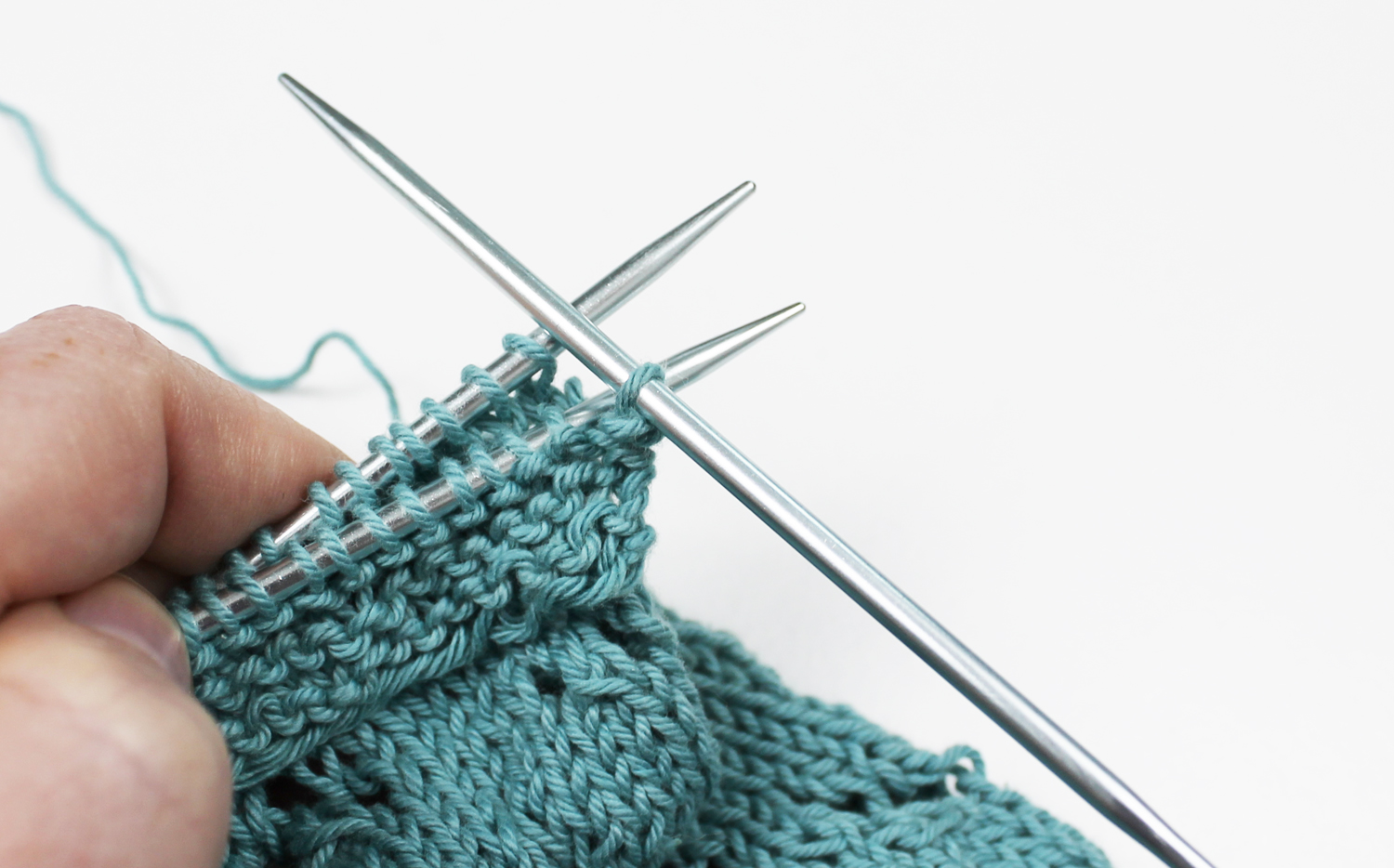 Wrap the working yarn around the third needle, then pull the yarn through the two stitches, one at a time. This motion is a lot like knitting two stitches together except that the stitches are on two different needles instead of side by side on the same needle. Drop the two stitches from the parallel needles.

You will now have one stitch on the third needle.

If you were working a three-needle bind off, this is when you’d knit two together and start binding off. But since this is a three-needle join, you can just leave those live stitches on the right needle and add to them. (You’ll see why later.) 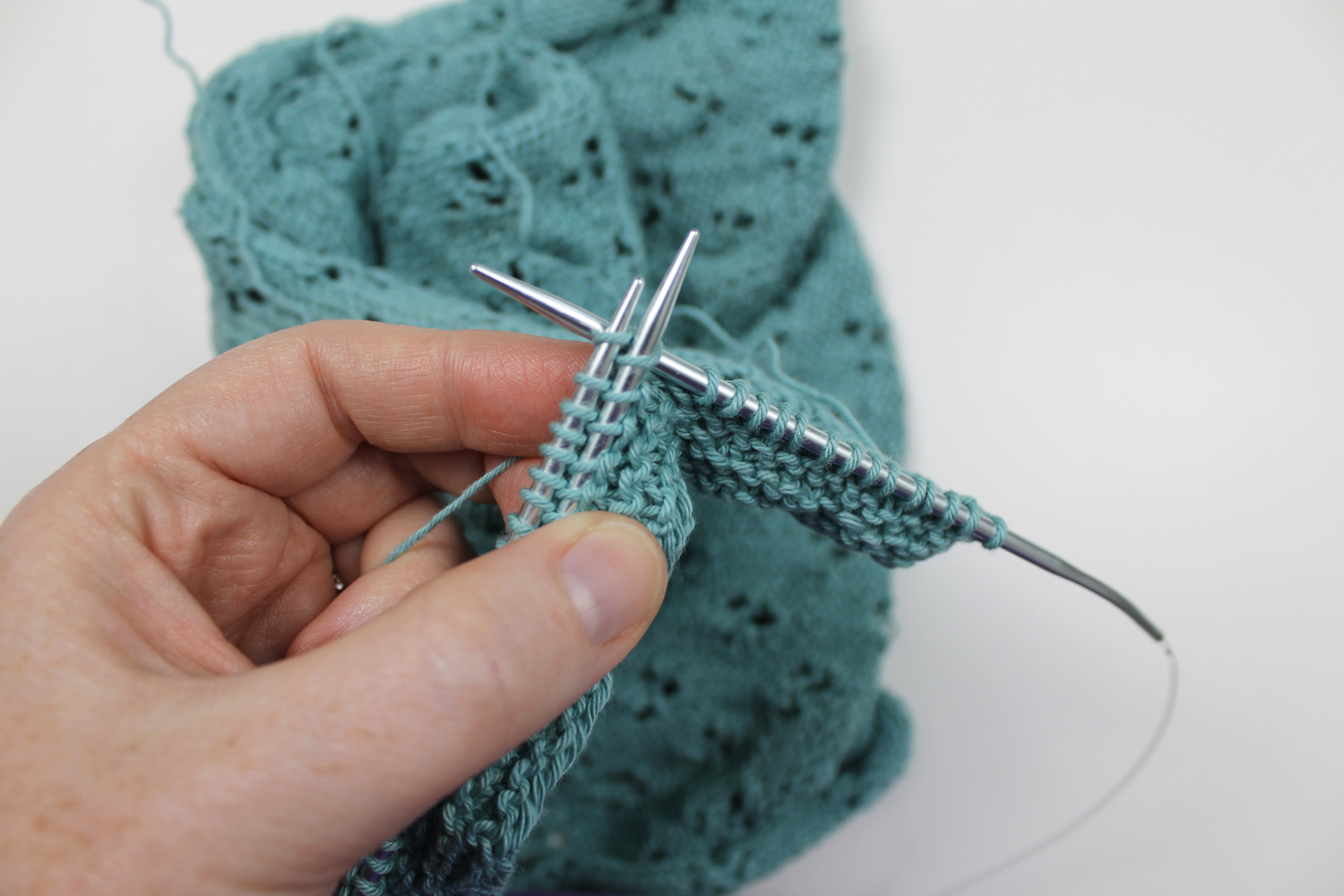 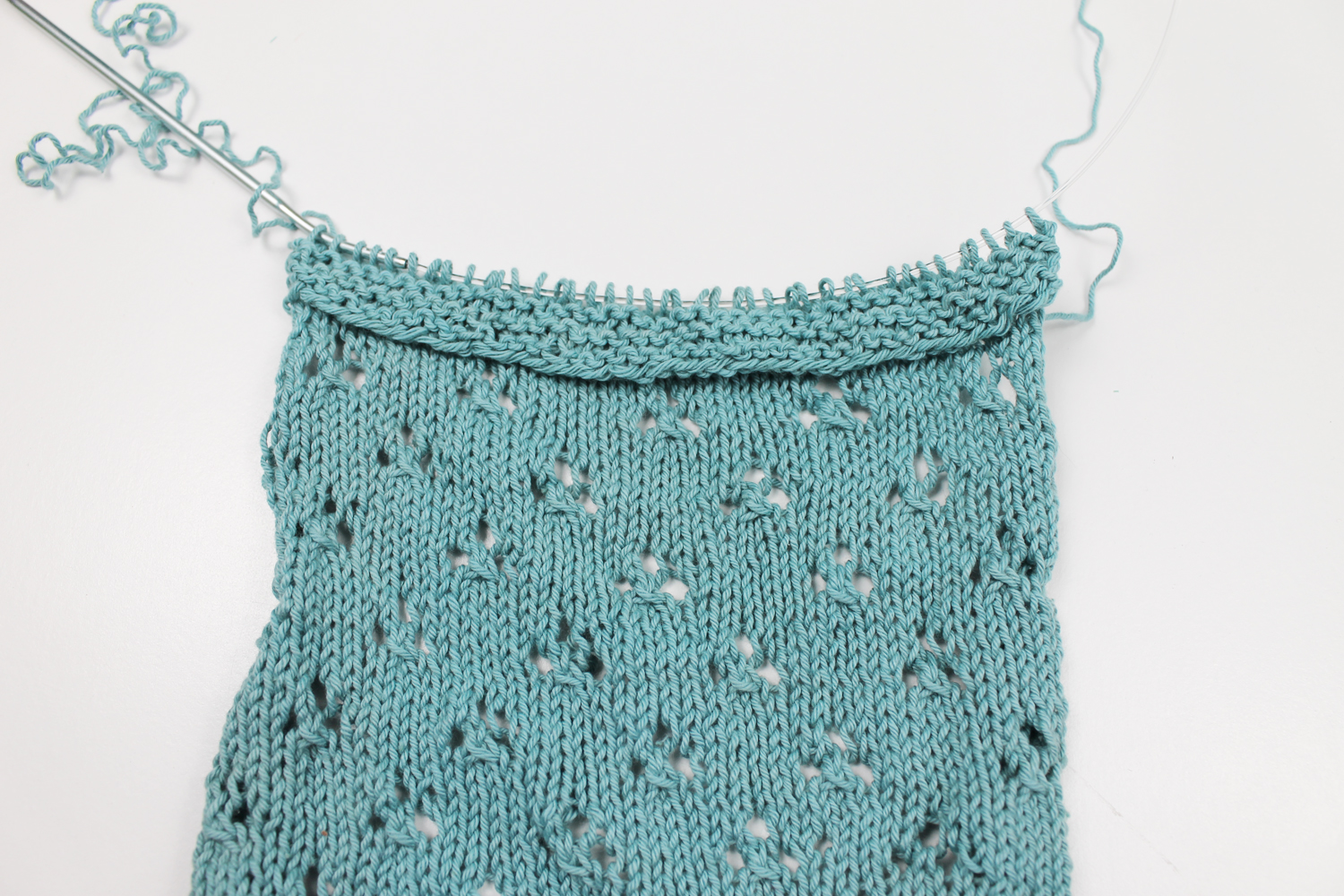 You should now have just one set of stitches on your third needle.

Cut the working yarn you didn’t use, leaving a long tail. Weave in the long tail securely, and neaten the wobbly edge stitch from the beginning of the row if you need to. 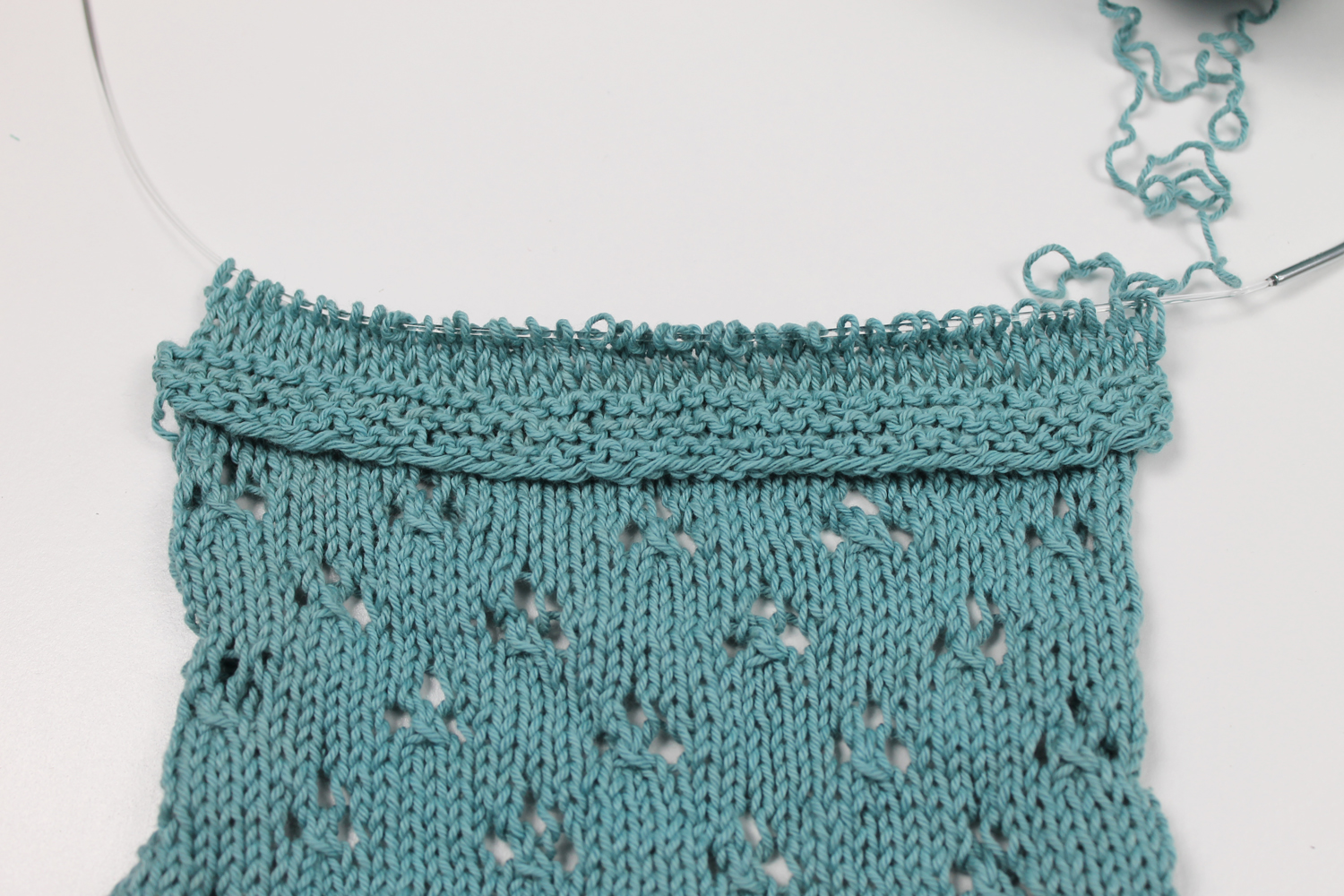