Decoding all the modes on your camera? Here’s one semi-automatic modes that can make your life much easier when shooting action shots: shutter priority mode, often displayed as “TV” on the camera’s mode dial. 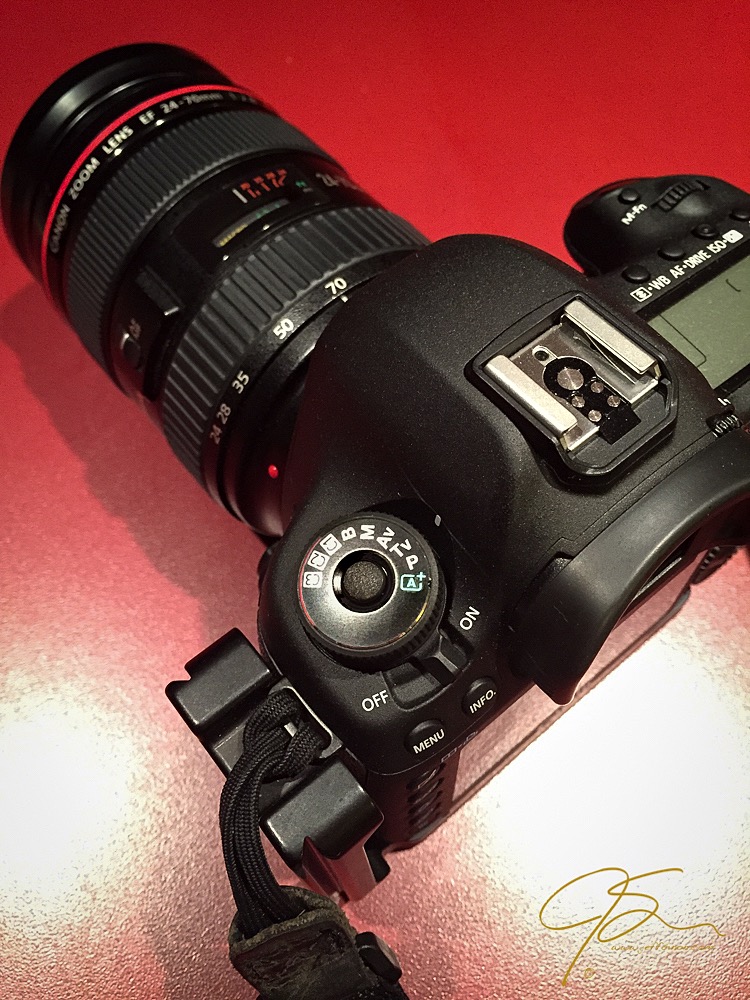 What is shutter priority mode?

When should I use shutter priority mode?

Shutter priority mode is regularly used in sports and wildlife photography to stop action, such as birds in flight or soccer players running down field, in their photographs. Whenever you are taking photos of subjects in high speed, shutter priority can work to your advantage.

An example is this photo of a common loon that I captured using shutter priority mode. After about every third dive, the bird would resurface, sit up and flap its wings. For the photo, I knew I’d need a fast shutter speed to freeze the motion of the wings. 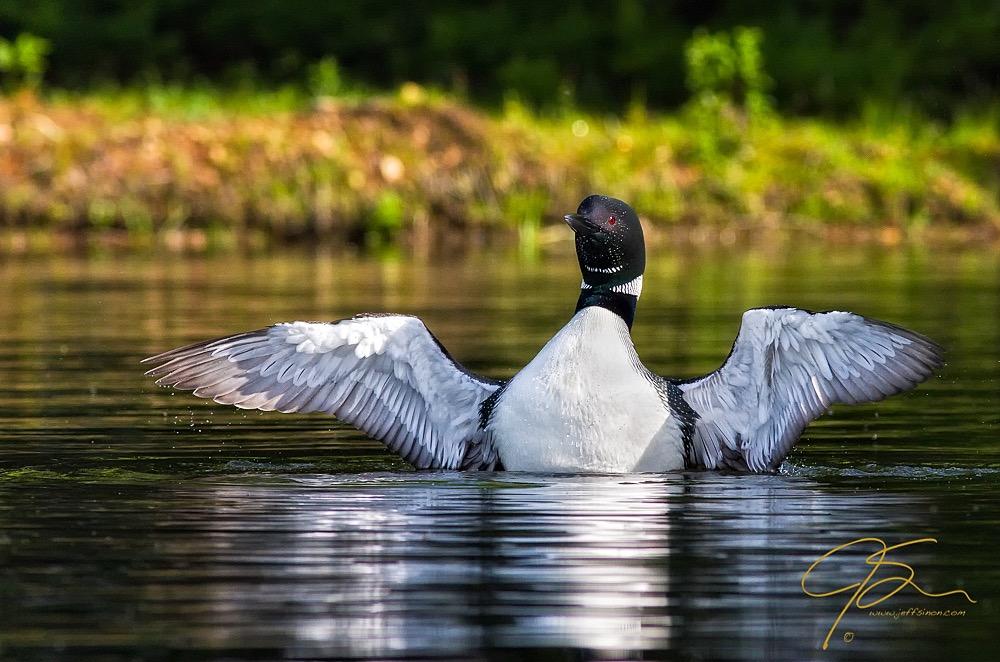 By using a shutter speed of 1/1,600th of a second, I could freeze the wings and the water droplets flying off of them in midair. Even though I was more concerned about stopping the action than depth of field, it was bright enough outside that the camera selected an aperture of f/7.1, which gave me enough depth of field to render the entire bird in relatively sharp focus.

Another common use of shutter priority is when photographing propeller-driven aircrafts like the B-17 in the next photo. 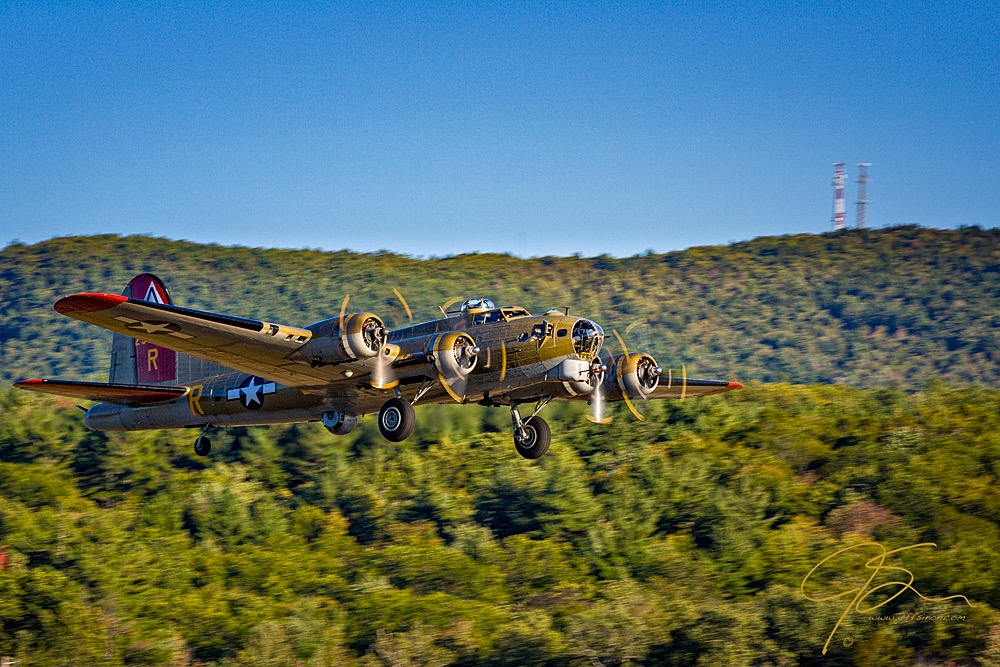 Of course, there’s a catch.

When using shutter priority mode, you hand over control of aperture to the camera. The camera selects an aperture necessary to maintain the correct exposure — but that means you may not get the depth of field you want.

Based on your shutter speed and the available light the in-camera meter registers, you may end up with a photo that freezes subject motion but provides very little depth of field. On the other hand, a slow shutter speed might allow camera to select an aperture that gives you the right depth of field, but your subject might be a huge motion blur.

Here are two photos of the same bumblebee to illustrate what I’m talking about. In the first, I selected a shutter speed of 1/500th of a second, and the camera chose an aperture of f/2.8 to achieve the correct exposure. Notice the shallow depth of field (blurry background). 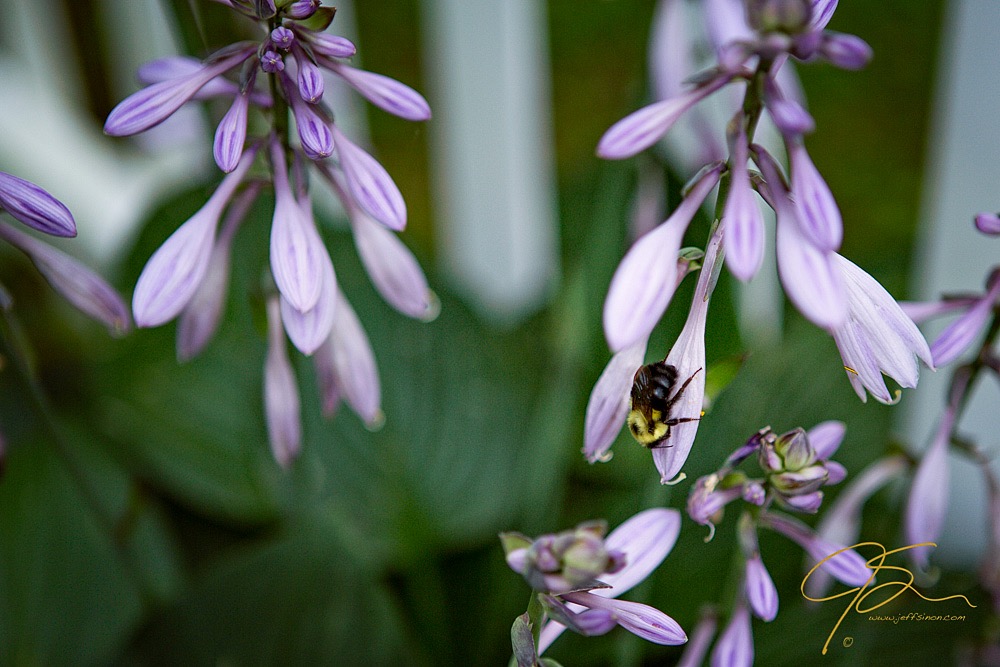 In this second photo, below, I chose a shutter speed of 1/30th of a second, resulting in the camera choosing an aperture of f/10. You can see how much more in-focus the background is compared to the first photo. 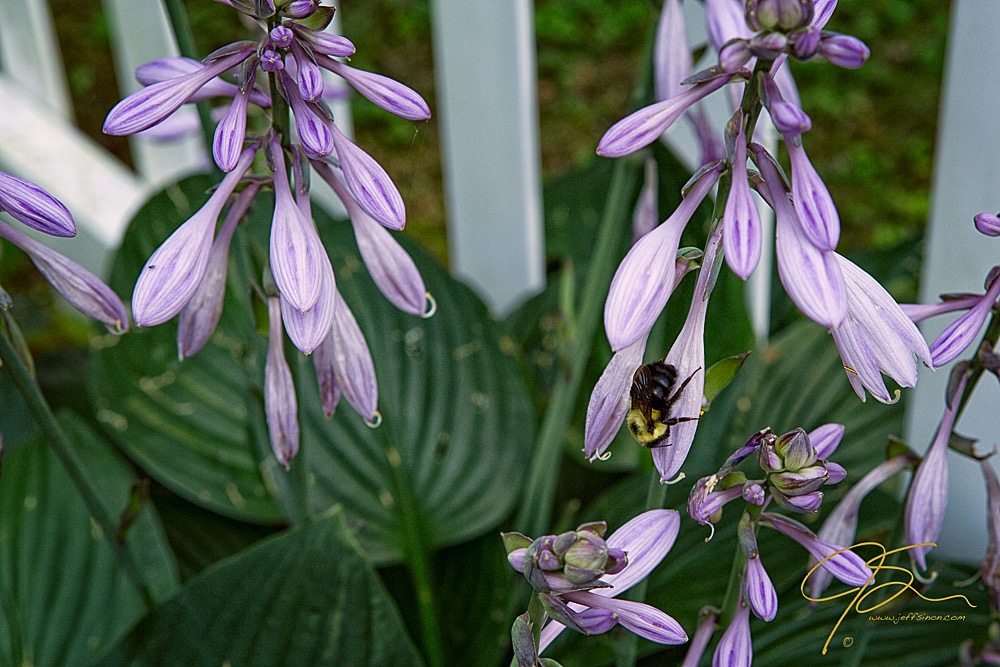 Once you realize the benefits as well as the limitations of shutter priority mode, I think you’ll find it a useful addition to your photographic knowledge. While it’s not the perfect solution for every photo, it can come in handy in many situations.