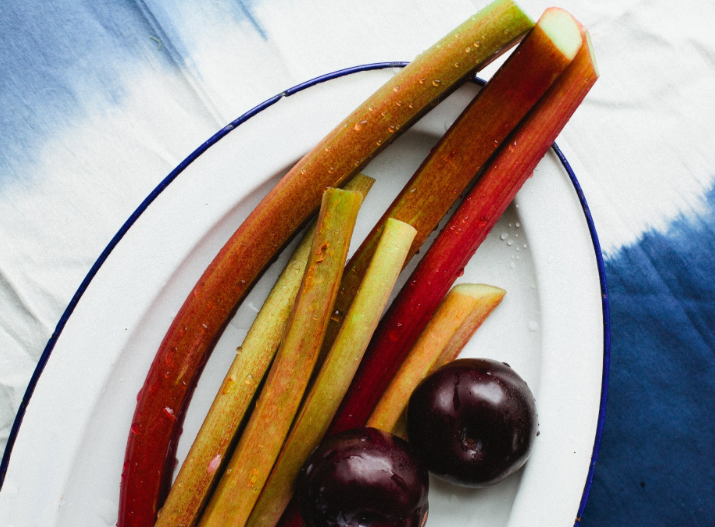 When food meets a hot oven the results are nothing short of magic. Carrots unfurl an unprecedented sweetness as their skins curl and crisp under the heat, their moisture scatters and their natural sugars intensify. A roast of meat does the same; crisp edges, tender and juicy meat that practically bows down to the weight of the fork. And fruit is no different.

The shock of the dry heat cause the cut edges to deeply caramelize, most of the moisture evaporates and the sweetness already present in the fruit condenses and somehow turns whatever is roasting into its best self. Whatever you love about, say an apricot for example, is punctuated when that apricot spends an hour or so slowly roasting in an oven. In fact it’s with apricots or even rhubarb that roasting is most magical. I find apricots eaten fresh to be a bit bland, one-note and just sort of blah. And rhubarb, well I don’t even attempt to gnaw on raw rhubarb but after time spent in an oven they become utterly transformed into a completely new taste – one of my favorite tastes, in fact. 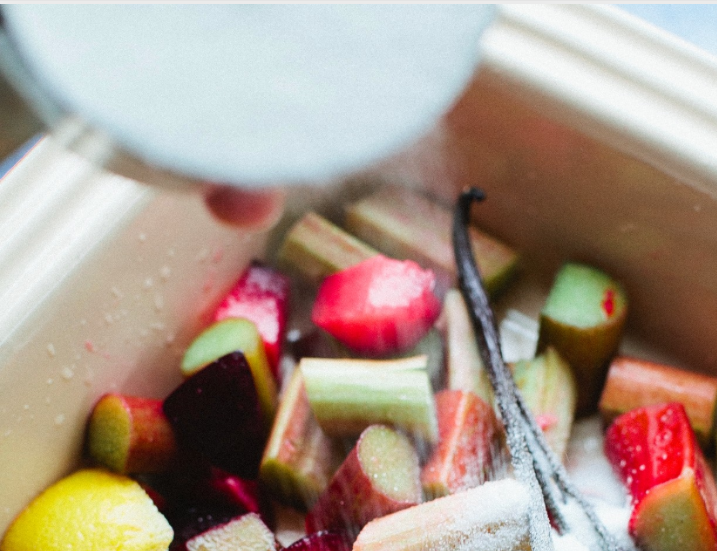 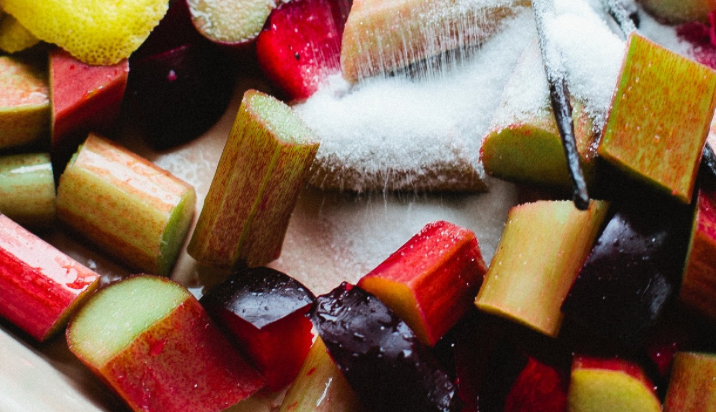 So with my passion for roasting well established I took that idea and turned it into jam – roasted jam. Not only does the fruit take on a deeply caramelized and well-developed flavor when roasted, the process is actually quite a bit easier as there is no need to stand over a hot pot stirring continually until the ache in your arm overshadows the joy of jam. In the summer, when the jam-making season is at its peak, I’d do just about anything to avoid standing over a hot stove. 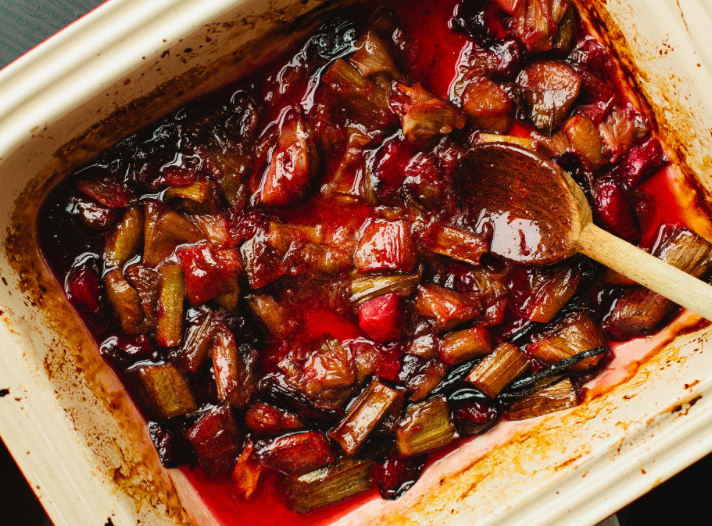 How To Make Roasted Jam

Cut fruit gets tossed with sugar, a squeeze of lemon and a vanilla bean for good measure. This time around I used just over a pound of chopped rhubarb and a couple of purple-skinned and scarlet-fleshed pluots. I tossed the fruit with 3/4 cup sugar, the juice from half of a plump lemon along with a couple strips of the lemon’s peel and a vanilla bean that I sliced in half and scraped out the seeds. I slid the dish into a moderate oven and not-so-patiently waited for nearly an hour.

Every once in a while I’d peer in on the fruit watching as they loosened to the heat, the sugar turned liquid and then mingled with the released juices from the fruit and bubbled up into a sweet syrupy liquid. With each peering I’d give the mix a gentle stir. It’s those bubbles that tell when the jam is done. Around the edges of the pan they form and pop in a way that is relaxed and methodical. Their formation and burst slow as the juice turns more jam-like. When the bubbles looked a bit like honey and my patience could no longer hold out I pulled the pan from the oven while at the same time putting a piece of bread in the toaster.
I keep whatever jam is left after our snack in a well-sealed jar in the fridge for about two weeks. It’s a bit of a loose jam but that’s really how I prefer it. 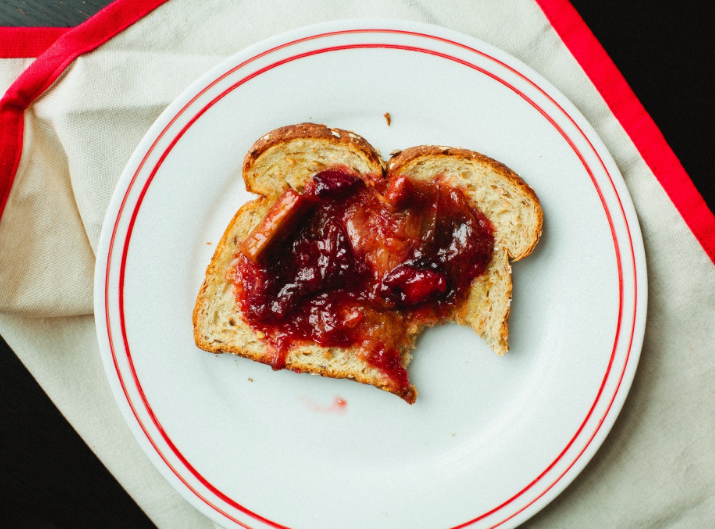 This jam is definitely worthy of a homemade loaf of bread still warm from the oven.

Find out how to make our own artisan-style loaf in this Artisan Bread Making class by the bread master, Peter Reinhart.