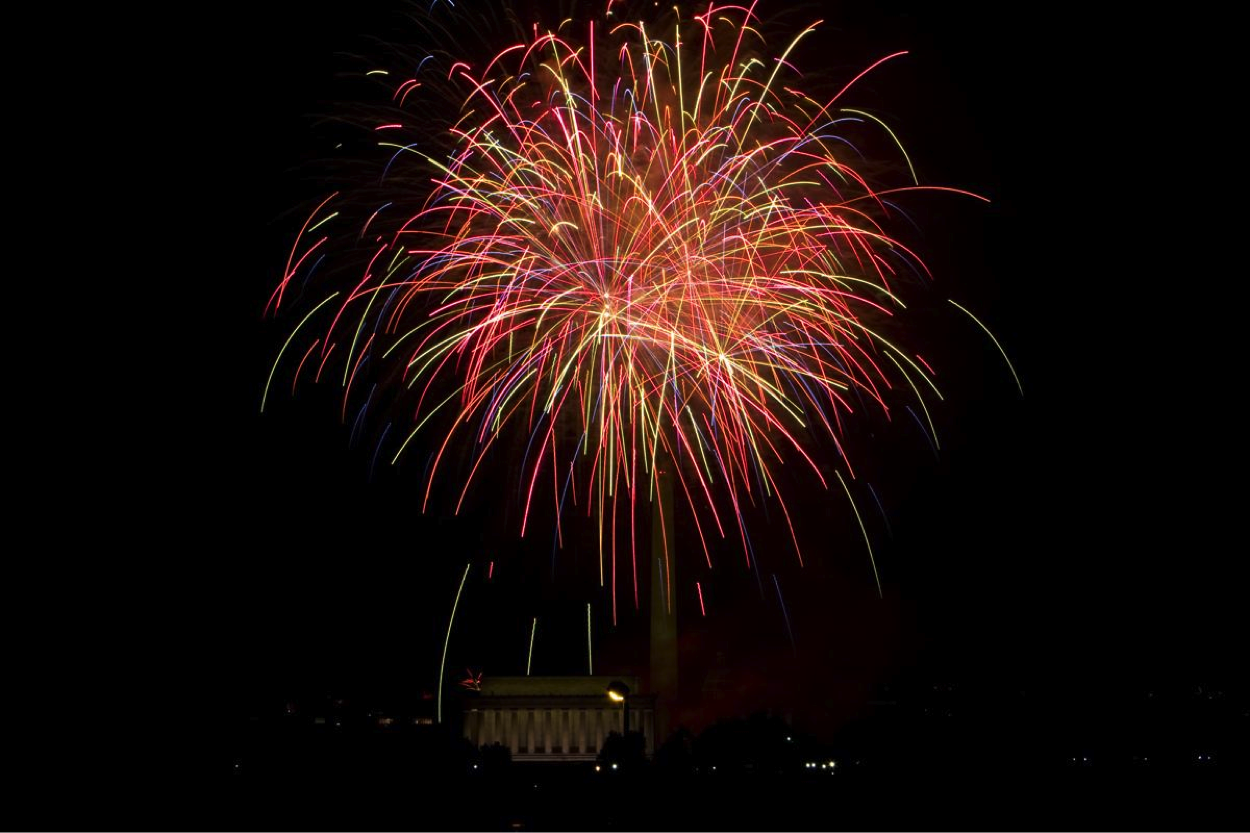 If there’s one thing people always think about on the Fourth of July — other than flags — it’s fireworks. And if you’re a photographer, it’s taking amazing shots of said fireworks. Follow these tips and you’re guaranteed to capture amazing bursts of red, white and blue.

By the time the light show rolls around, it’s dark out and there are plenty of roots trip on. But you need to be able to stay still and let in as much light as possible to capture the movement of the fireworks. That’s where a tripod comes in. The height isn’t all that important, but it should be a sturdy piece of equipment (and generally, the heavier the better).

If your tripod isn’t all that stable, consider a remote shutter release, as even the act of pressing the shutter can be enough to shake the camera and cause a blurry photo. You could use a cable that runs to the camera, or a wireless remote control that triggers the shutter.

Try to include a static item in your frame, like a building or a tree. This will give your fireworks scale, demonstrating how big they are relative to the other objects in your image.

Estimating how bright the show will be, how close you can get and how long the fireworks hang in the air are all factors that weigh on the shutter speed you select. Generally, we like to shoot somewhere between ½ a second and 4 seconds. Because the time between the firework bursting to it reaching its peak size is only a few seconds, if you leave the shutter open you’ll capture the whole thing.

Set your focus to the static item in the distance, or on fireworks when they first go off — then don’t touch it. Autofocus does not work well for fireworks, as it’s usually not fast enough to detect the light and fire at the beginning of the explosion.

Your shutter speed is basically fixed on the timing of the fireworks, so use your aperture to control how bright your fireworks appear. The smaller the aperture (f18, f20) the darker they will appear, the bigger the aperture (f4, f5.6) the brighter they will appear. You may have to play with this — if there’s only one firework at a time, f16 may be a better bet. But if there’s a ton (like at the grand finale), f22 is likely the smarter choice.

There’s an element of luck to getting the perfect fireworks shot, as you never know when the fireworks will be lined up perfectly or at what point in the sky they’ll explode. Use your best judgment and keep firing away. Ideally, you’ll capture the very beginning of the explosion through when the light begins dissipating.