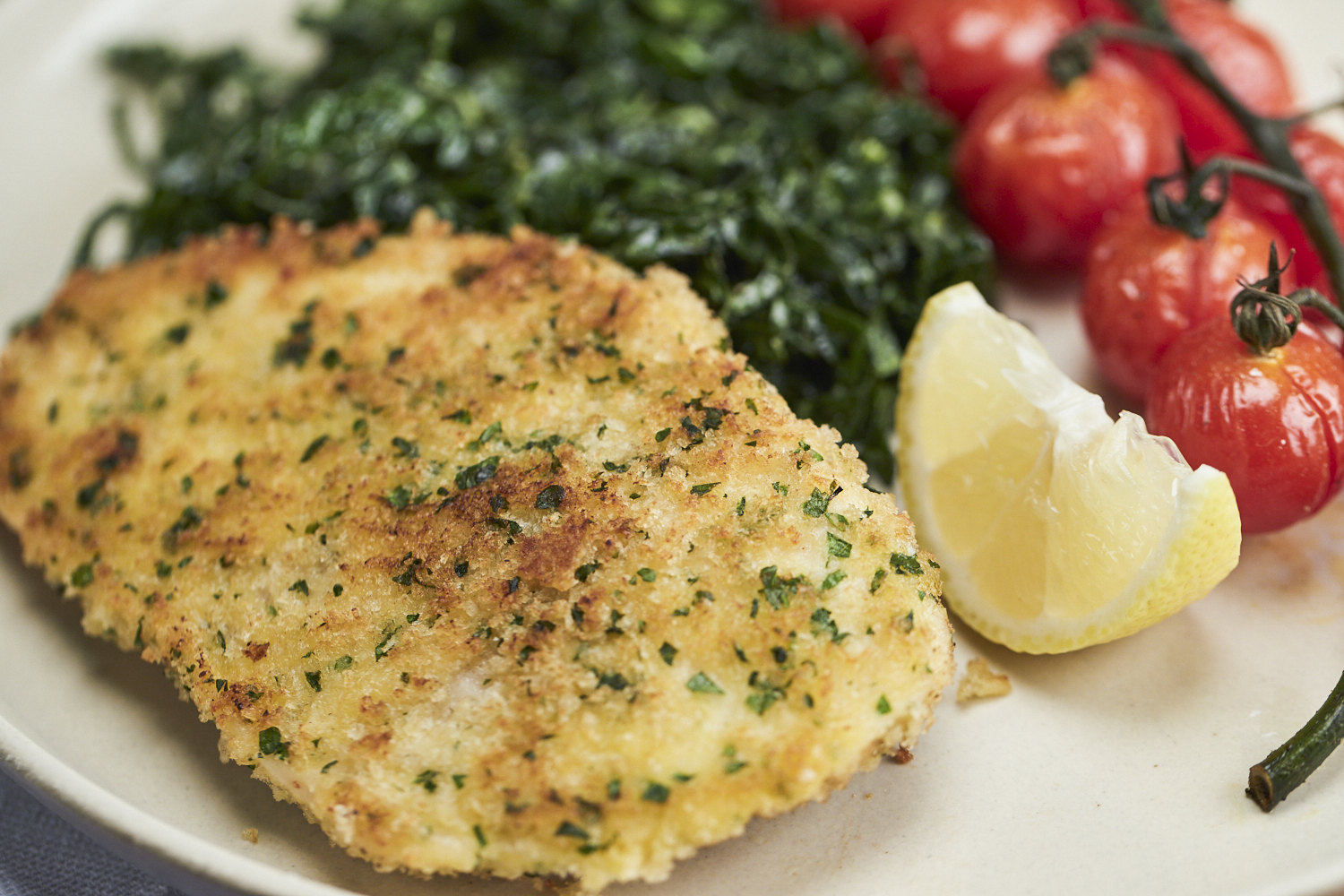 Chef Curtis Stone wants to rock your weeknight world by introducing you to quick recipes that don’t skimp on flavor. First up: Parmesan chicken so good you’ll want to make it a weekly tradition.

Good to Know: Want more? Get it all in our Efficient Weeknight Cooking class taught by Curtis and NBC’s Dylan Dryer.

Serves: 4 Make-Ahead: Feel free to bread these cutlets up to two hours ahead. Covered and refrigerate until ready to cook.

For the Chicken Cutlets

2. To prepare the chicken, place the flour in a pie plate. In a second pie plate, lightly whisk the eggs to blend. In a third pie plate, mix the panko, Parmesan cheese, and parsley.

3. Using a meat mallet, pound each chicken half between two sheets of plastic wrap to about a ½-inch thickness. Sprinkle the cutlets generously on both sides with salt and pepper. Dip one cutlet into the flour, turning to coat lightly, then dip into the eggs, letting the excess drip off, and then into the bread crumb mixture, patting firmly to coat completely. Place on a baking sheet lined with parchment paper. Repeat with the remaining cutlets.

5. Meanwhile, to prepare the salad and roast the tomatoes, place the tomatoes on a heavy baking sheet, drizzle with the olive oil, and season with salt and pepper. Roast for about five minutes, or until the tomatoes are hot and begin to burst.

6. While the tomatoes roast, in a medium bowl, toss the kale with the lemon zest and juice and the extra-virgin olive oil. Season with salt and pepper.

7. Serve the cutlets with the kale salad and roasted tomatoes alongside.