There is a misconception that things turned on a lathe are by definition, round. Au contraire, my friend. The lathe certainly makes things round on one axis, but why stop at one? By employing multi-axis woodturning, all kinds of shapes can be created that defy definition as a “turned object.” 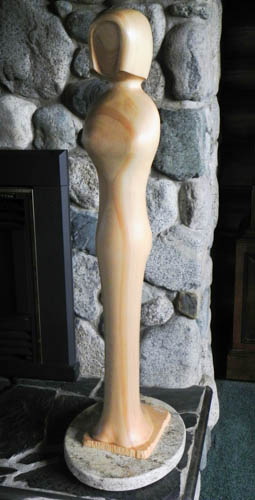 The 42″-tall Solitaire piece seen above was initially planned with 12 sets of centers, but now that she is complete, the actual number is lost to history due to countless small adjustments along the way. As a result, very little carving was required to complete the illusion.

What is multi-axis turning?

Traditional turning uses a single center, or axis, producing round objects such as the spindles and bowls that we are all used to. Multi-axis turning utilizes more than one set of centers in the same piece — often at an angle to one another — resulting in intersecting shapes that combine to produce very “unlathe-like” forms.

My first introduction to multi-axis turning was in a workshop with furniture maker Mark Sfirri. Mark is somewhat of a “savant,” able to create forms intuitively from his years of experience, so I was left enthralled but somewhat mystified. In another workshop, Barbara Dill helped me understand the outcomes by quantifying various combinations of centers that either intersect or are parallel. That training and many, many practice and completed pieces have brought me to the point where I can share a bit of wisdom of my own.

The importance of practice

There are over 250 years represented in the wood in Solitaire. To fail was unthinkable, so the piece took 6 months of planning, practicing and actual execution. I can’t think of a single multi-axis project that hasn’t required at least one practice piece to find the bugs. Proportions can be greatly effected by altering a center by as little as 1/16th of an inch. I turned at least 20 half-scale pieces for Solitaire, but even at that, countless adjustments had to be made on the real thing. 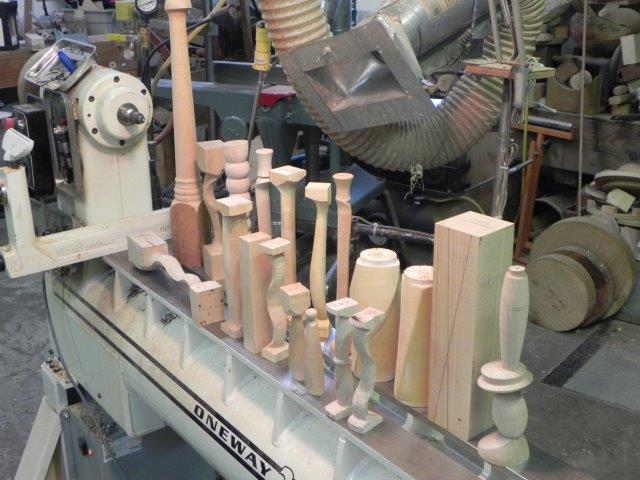 A small part of my “reference library.” The test piece for the “Lau Chuang” brush rest to the right of the banjo is an acceptable spare.

I enjoy every multi-axis piece because it’s fun to create improbable shapes and play “I wonder what will happen when I do this.” Because so many variations can be made on any theme, it is worthwhile to create a “library” of shapes that include sets of two pieces: the “outcomes” and blanks with all the original centers marked and numbered. I often tape them together to eliminate confusion. The experience of “what happens when I do this” and the reference material are invaluable when creating something later.

And don’t forget to plan ahead 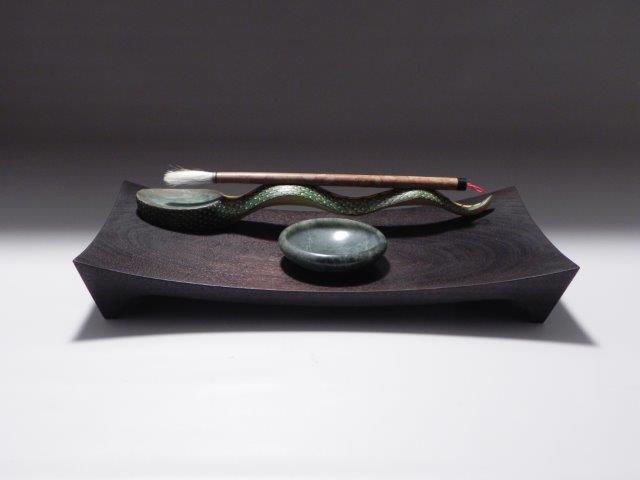 While it is possible (and fun) to “wing it,” getting a shape that you want requires planning. When planning the dragon-tail brush holder in Lau Chuang (seen above), I wanted a rounded “belly” and a top with a “spine.” Parallel centers allowed the wave shape with a single center, creating the rounded bottom and a pair of centers either side of the median line creating intersecting arcs that mimicked a spine. I estimated the spacing of the upper and lower centers and a trial piece confirmed it. The outer shape of the “drip tray” was turned on a third central axis. The top, bottom and final blending of the tray with the dragon tail were carved.

Want to give multi-axis turning a try? Here are some tips to keep in mind: 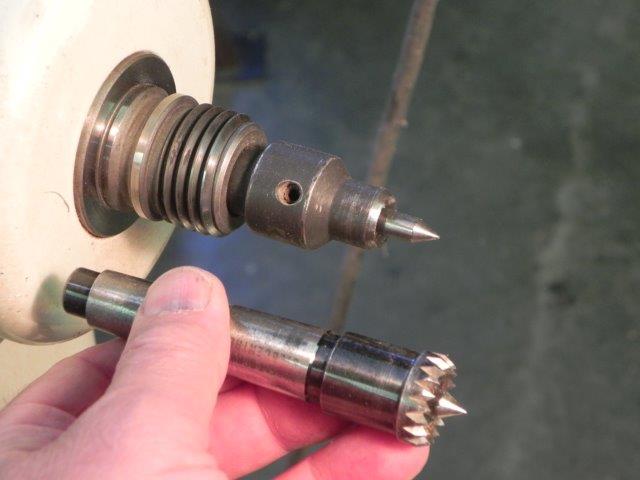 Cup and Stebb drive centers. The center point is spring-loaded in these centers so that they retract rather than jamb into the wood as the work is tightened. 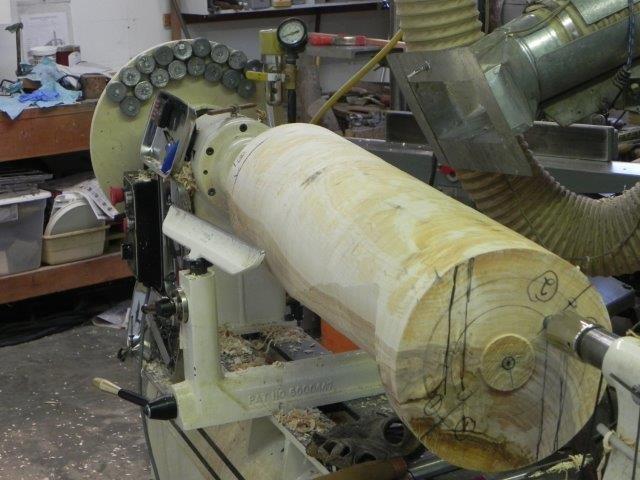 An extreme example of counter-balancing. This green maple blank weighed 150 pounds at the start. Note also the numbered centers — these were parallel axis rotated 90 degrees end to end. 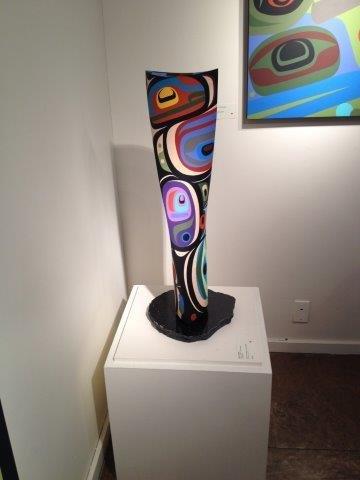 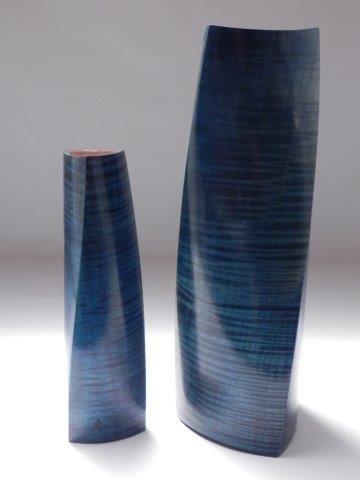 Two multi-axis vessels, 14″ and 22 ” tall. They appear to lean but are, in fact, perfectly vertical.

Multi-axis turning can take (and create) various forms, far more than I can properly explain in one post. For a more in-depth exploration, check out the online class Multi-Axis Woodturning: Creating a Vessel with Mark Roper. You’ll learn everything you need to know to get started, including techniques for hollowing, turning on an offset center and more.

Do you find that basic single-axis turning seems to have you confined as far as design goes?