Do you think there is a need to define traditional versus modern quilting? How about art versus contemporary quilts? Or do you simply love to make what strikes your fancy? The recent surge in popularity of modern quilting has brought out the old debate about what constitutes art versus craft.

Art quilters prefer to make decorative pieces, often highly embellished and completely original. Modern quilters love to embrace bold geometry and graphic design while making primarily functional quilts. Traditional quilters hearken back to the days of yesteryear while focusing on excellence in construction and design. And many quilters, especially those new to the hobby would like to know, what is modern quilting? Is it just about innovative or contemporary design? 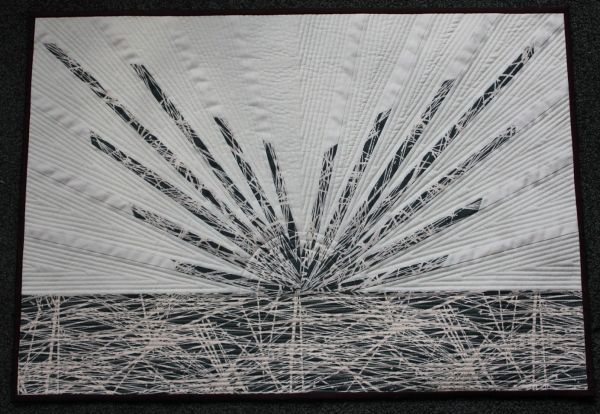 There are as many ways to define modern quilts as there are those who enjoy making them. One of the more popular definitions, put out by the Modern Quilt Guild states:

“Modern quilts are primarily functional and inspired by modern design. Modern quilters work in different styles and define modern quilting in different ways, but several characteristics often appear which may help identify a modern quilt. These include, but are not limited to: the use of bold colors and prints, high contrast and graphic areas of solid color, improvisational piecing, minimalism, expansive negative space, and alternate grid work. “Modern traditionalism” or the updating of classic quilt designs is also often seen in modern quilting.”

While some quilters would consider this as a set of “rules” to be imposed, perhaps others would consider the above statement as a starting point, or framework in which to work. Notice how the above definition says, “which may help identify” and  “these include but are not limited to…” Modern Quilt Guild founder Heather Grant encourages you to think of the definition as a set of guidelines rather than modern dogma.

Popular modern designers Bill Kerr & Weeks Ringle like to think of the modern quilt scene as what is currently happening, using technology, designs and fabrics that are available to us right now. The quilts they make now may look completely different than the quilts they make in the future, as it’s an ever changing and evolving process.

Others may be inspired to define modern quilts as they relate to specific timelines in art history. You’ve heard of phrases such as the modern era, post-modernism or mid-century modern styles, right? These are all jumping off points. 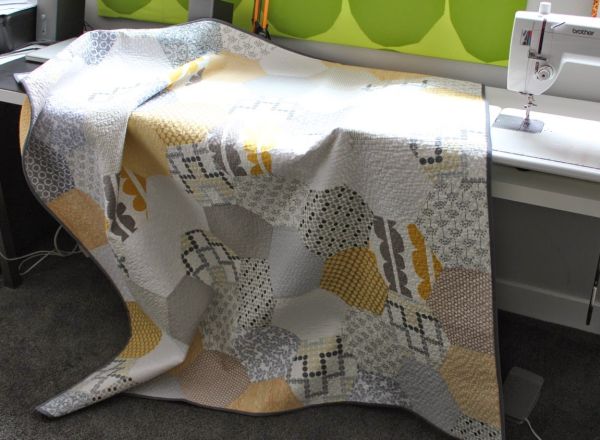 Many modern quilters prefer to quilt with a walking foot on their home sewing machines.

Evolution of an industry

Quilting is big business, so it’s no wonder that fabric companies, manufacturers and suppliers stand to cash in on the popularity of any quilting revival. They like to define the industry, so they can know how to market to it. Many companies may be eager to hop on the “modern” bandwagon, whether they fully understand it or not. Some see this as a boon to the industry, while others think it’s just the latest passing trend.

I’m sure that art quilters went through these same discussions, debates and even some growing pains when the art quilt movement was just getting off the ground. Now that the art movement has come into it’s own, as a vibrant part of the quilting world, I have no doubt that modern quilting will go through some of these same cycles on it’s way to maturation.

As the debate rages on about what is or isn’t modern/art/traditional, etc., most people will probably go on making quilts that they like, whether or not it fits any narrowly-defined “style.”

How do you like to define yourself as a quilter?