If you frequently draw, chances are you’re already familiar with some of the basic pen strokes, like hatching and cross hatching. But if you’re looking to expand your drawing repertoire and stretch your creativity, it’s time to explore some creative mark making ideas. 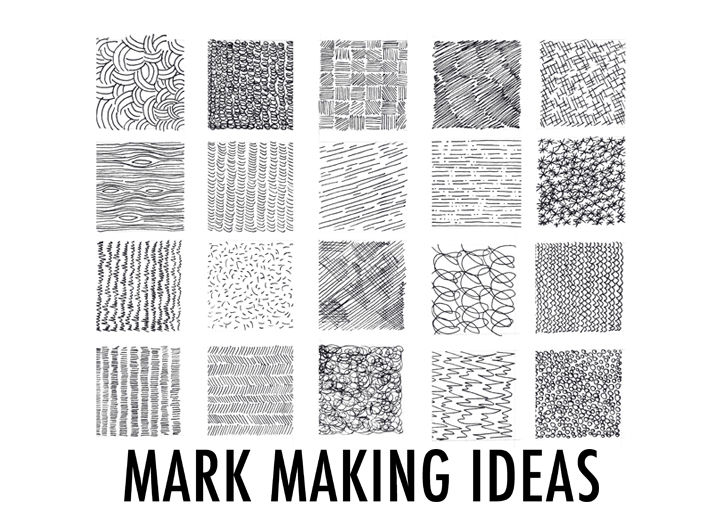 Here are a few easy mark making ideas that will allow you to explore different textures and shading techniques the next time you draw. Using techniques you probably already know, these are simply some new ways to approach mark making. 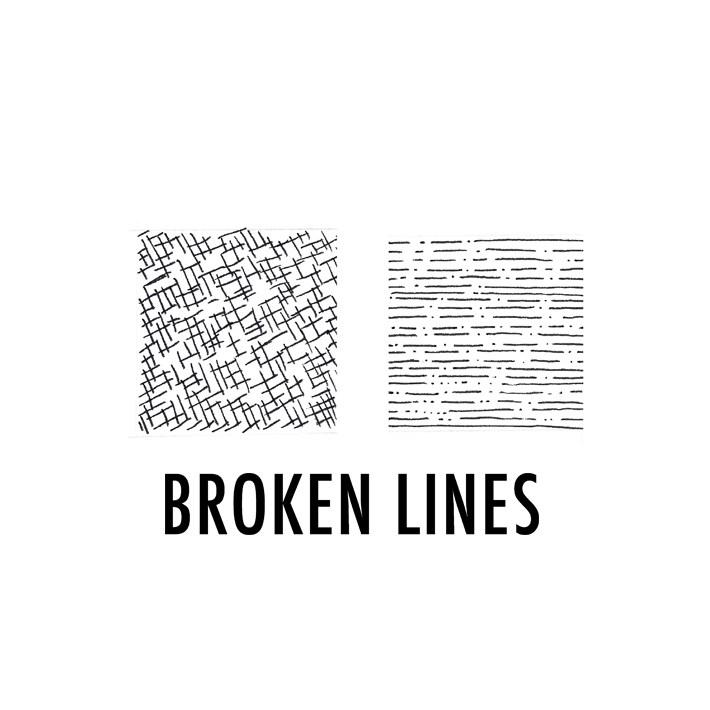 One of the easiest ways to make marks on paper? Break up your lines. The way that you do this can vary. For instance, you could draw sketchy dashes first in one direction and then in the opposite, forming a sort of “broken” cross hatched pattern, as in the swatch on the above left. Or, you could break up straight lines into dots and dashes, as in the swatch on the right. 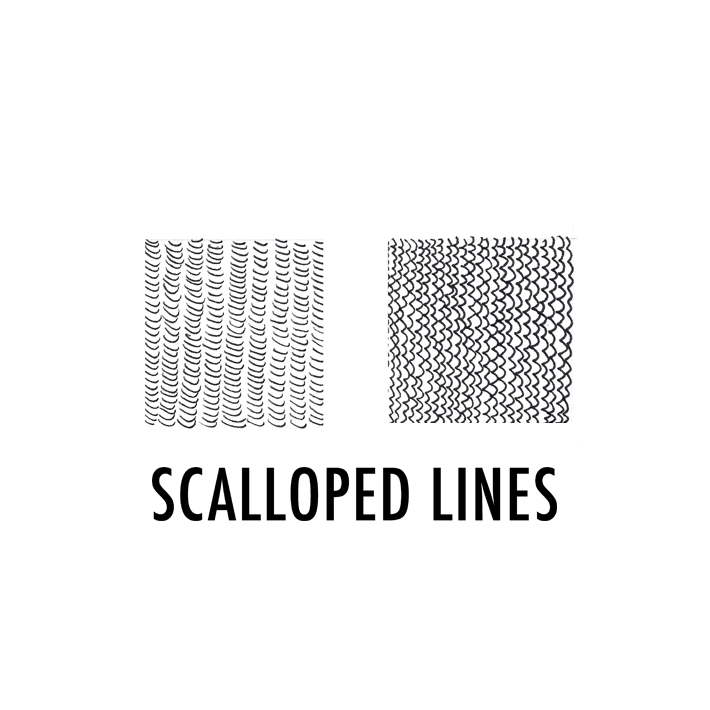 Instead of straight lines, adopt a scalloped pattern. Slightly rounded, almost “C” shaped dashes, add a ton of texture to your drawing. This could be done by drawing rounded dashes, as shown on the swatch on the left, or by making tight rows of scalloped lines, as shown on the swatch on the right. Adjusting the direction or width of the scallops in either of these cases will yield interesting visual results. 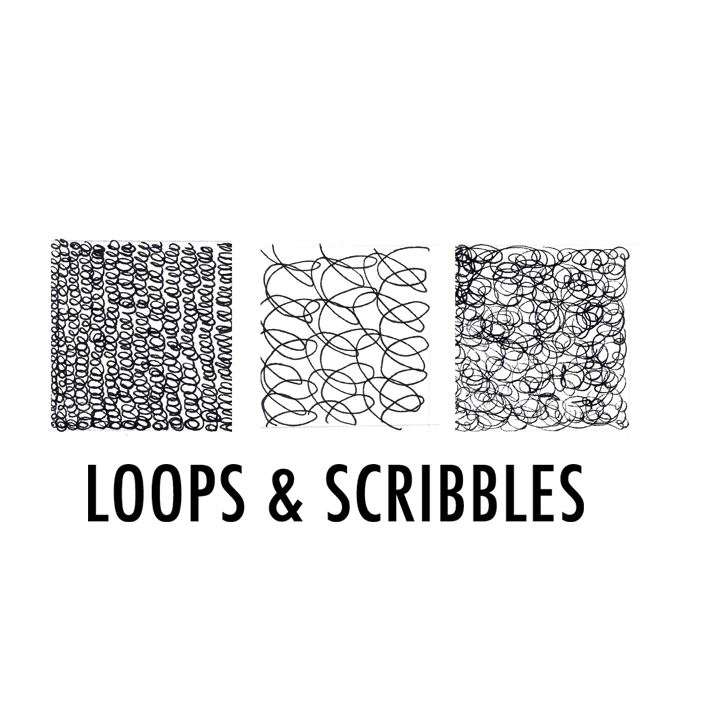 This is one of the most intuitive (and easy!) ways to make interesting marks in your drawings. Everyone knows how to scribble, right? By focusing on the direction and size of your scribbles, you can create interesting textures in your drawing. For instance, you could draw tight lines of loops, close together, as shown in the swatch to the left; you could draw large, wide loops and then overlay them with a similar set aligned in the opposite direction, as shown in the middle swatch; or, you could draw free-form scribbles all over an area to create a dense texture, as shown on the swatch to the right. 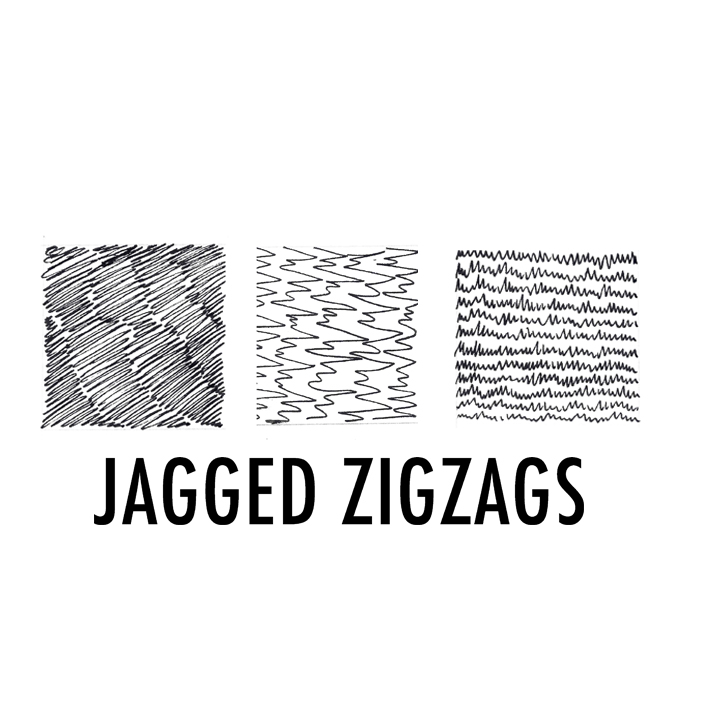 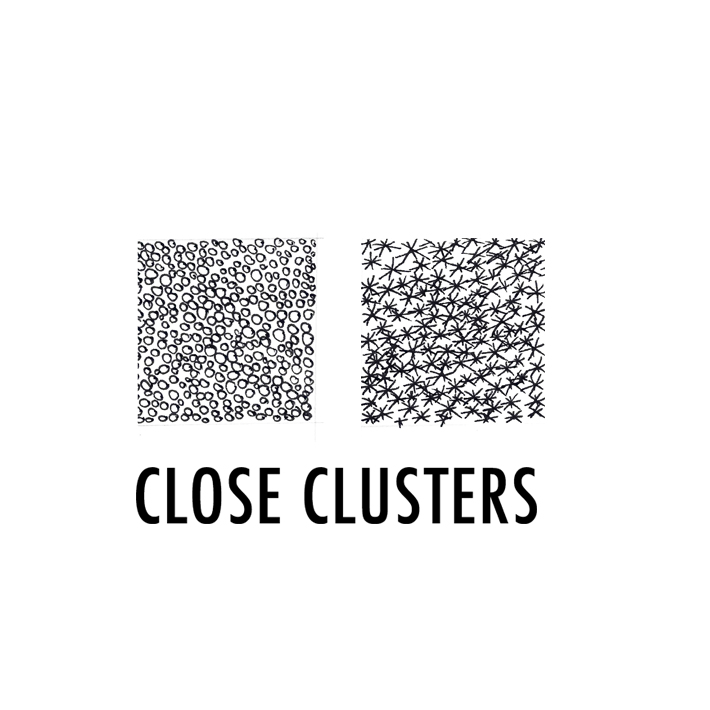 Even everyday shapes can become fascinating markings on a page when clustered close together. In the above left swatch, tiny circles are swaddled together to form a fascinating, nubbly texture; in the above right swatch, tightly packed asterisks create a prickly, densely packed texture on the page. Explore drawing tiny shapes in close proximity to attain this look. 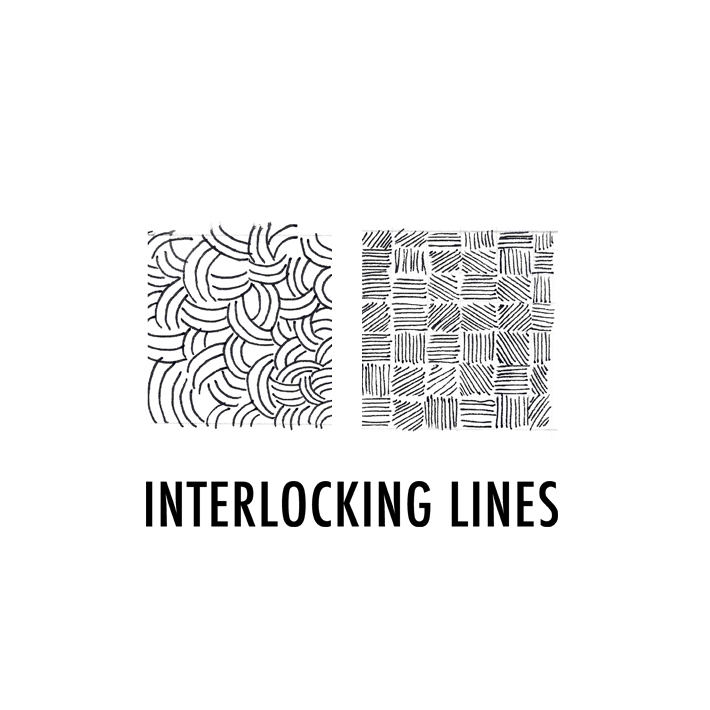 Commonplace lines and shapes become spectacular when aligned in an interlocking pattern. While it may look quite complex, it’s actually an easy effect to attain. For example, the unique pattern in the left swatch was attained by starting from one corner and drawing mini arcs in varying directions to fit the page. In the intricate swatch to the right, a square was portioned into a grid of mini squares, and then filled in with lines in varying directions. These methods are simple, but yield surprisingly intricate-looking results.

Have you ever explored creative mark making in your drawing?