Few things in life are more enticing than a batch of freshly baked of cinnamon rolls on a lazy weekend morning. But it’s no secret that cinnamon rolls aren’t exactly packed with healthy stuff. So, if you want to learn how to make homemade cinnamon rolls so that you mican make a lighter version, you’re in the right place! 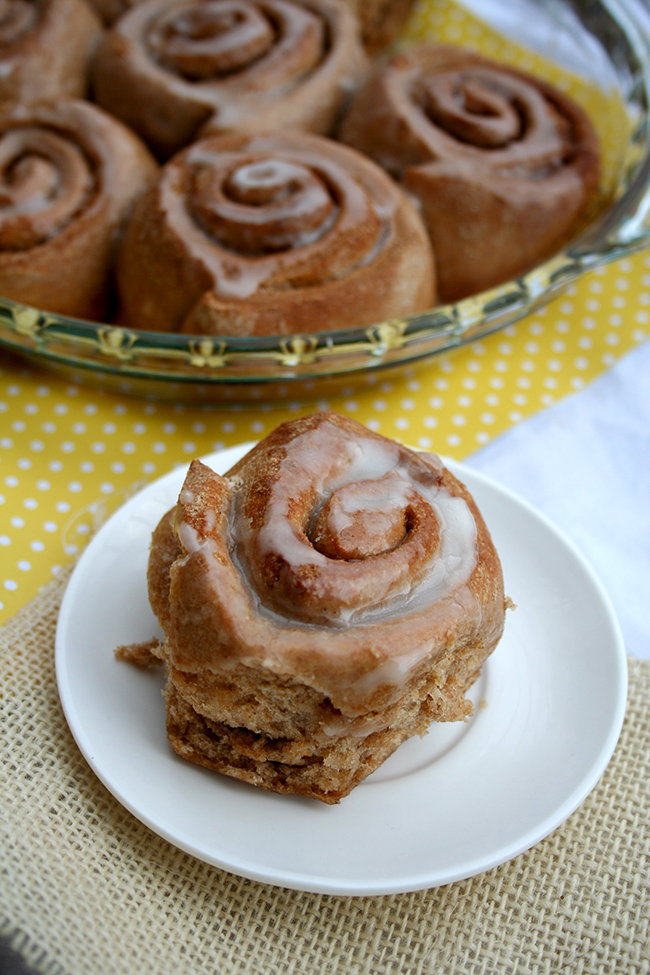 When you want cinnamon rolls but prefer to keep things a littler healthier, this recipe is the perfect solution!

This better-for-you cinnamon roll recipe still isn’t diet food. However, it includes some thoughtful tweaks on the classic recipe that make this version a little less indulgent.

Using whole wheat flour instead of all-purpose flour amps up the protein and fiber in your cinnamon rolls.

Then, you’ll alter the fat in the recipe.

Instead of butter in the dough and filling, you can swap either olive oil or coconut oil for a heart-healthier fat. Flavor-wise, these plant-based oils work very well with the nutty whole wheat flour.

We use honey in the dough and sugar in the filling and topping. There’s still enough sweetness to satisfy, but in a less sugar crash-inducing amount. 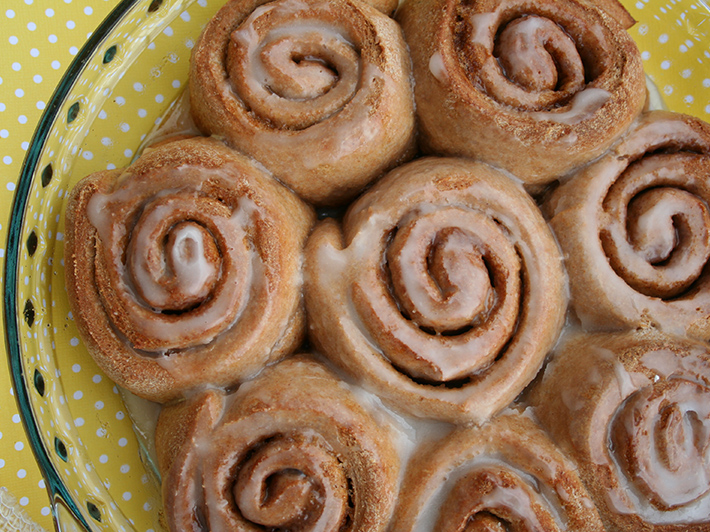 Ingredients for the buns:

Ingredients for the filling

Ingredients for the glaze

Combine the milk, warm water, honey, oil and yeast in a large bowl. Let sit until foamy, 5 to 10 minutes. Mix in the egg and vanilla. Stir until combined.

Add 2 cups of the flour and the salt, and mix until combined. Add the rest of the flour, mix briefly to combine, then switch to kneading with lightly oiled hands. Knead the dough until smooth and elastic, about 6-8 minutes by hand, slightly less using a dough hook.

Place the dough in an oiled bowl and cover with plastic wrap or a cloth. Set in a warm place to rise until doubled, about 2 hours. In the meantime, generously grease two round cake pans or pie plates. Set to the side. 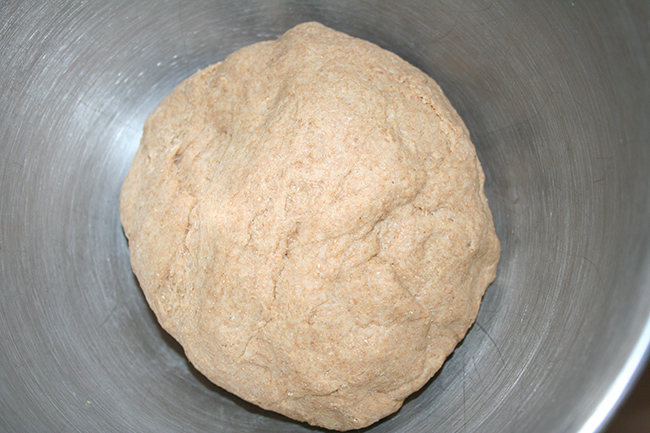 Gently deflate the dough. Divide the dough in half and roll out each portion into a long rectangle, roughly 9″ by 14″. 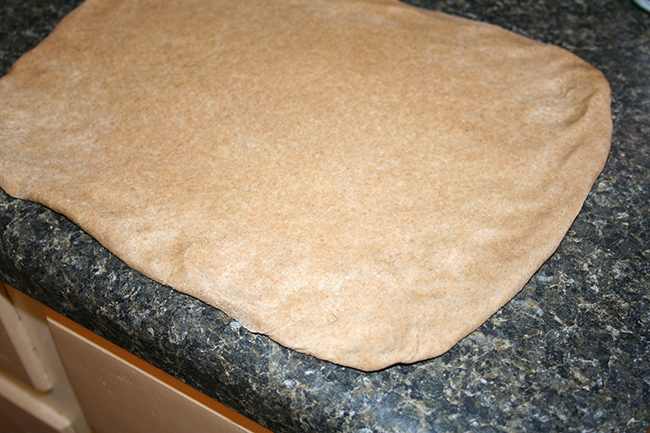 Mix the brown sugar, cinnamon and salt together in a bowl. Brush or spread (if using soft coconut oil) the entire surfaces of the rolled-out dough portions with your oil; you may not need all 4 tablespoons to coat the tops. Evenly sprinkle each portion with the sugar mixture. 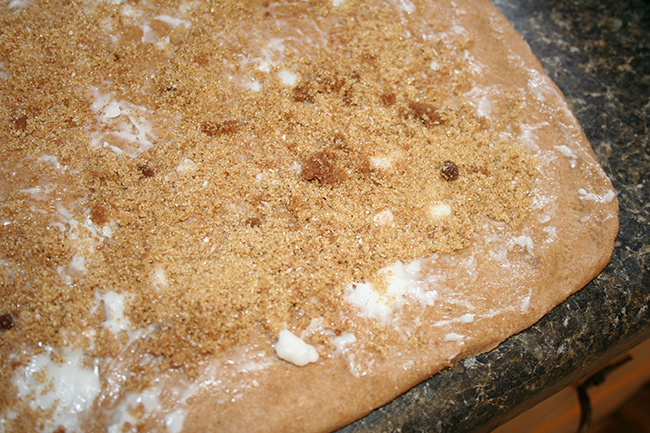 Starting with the long side, roll up each rectangle into a roll. Cut each long roll into eight equal parts. Place one roll in the center and arrange the remaining rolls in a circle around it.

Let the rolls rise again until they are puffy and have mostly filled out the pan, between 30 and 60 minutes. Near the end of your proofing period, preheat oven to 350 F. 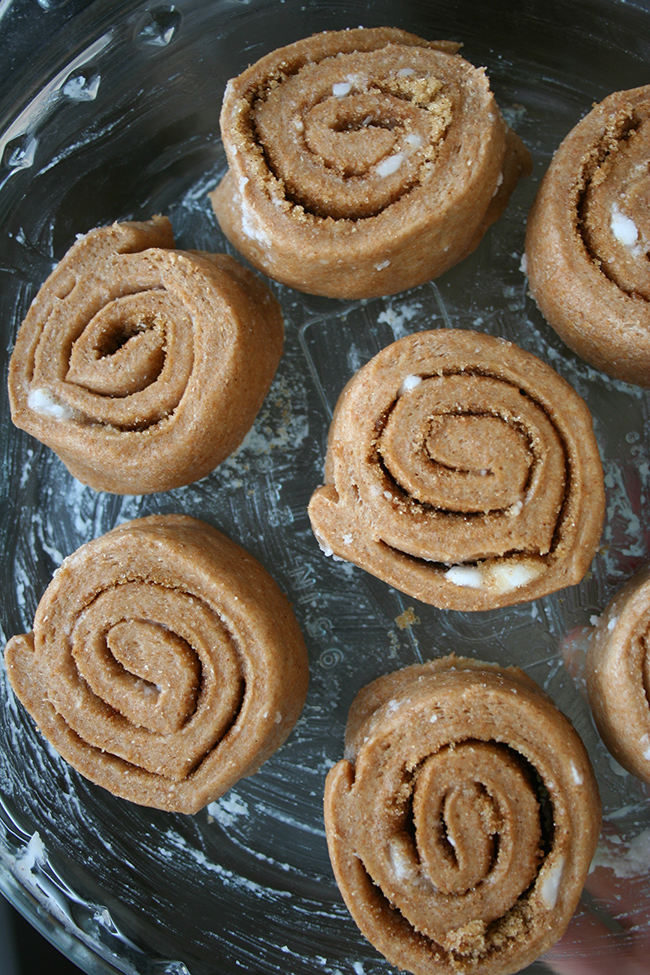 Bake the pans of buns for 25-30 minutes, rotating at the 15-minute mark, or until golden and cooked through. Once you remove them from the oven, place the pans on a wire rack to cool. Make your glaze while they cool. 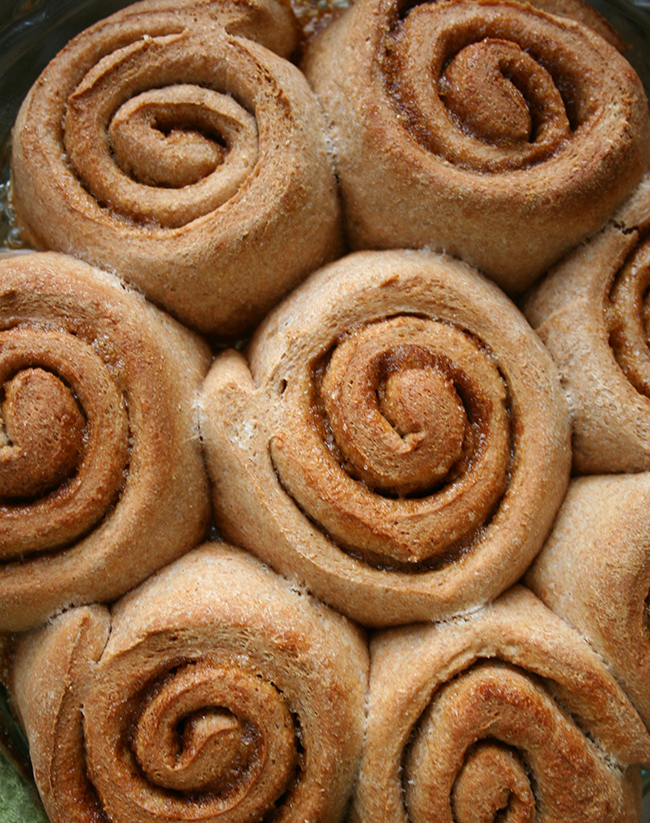 In a large bowl, combine the powdered sugar and salt. Add water, a tablespoon at a time, and stir until the sugar has been absorbed into a thick but easy-to-pour consistency. Stir in the vanilla. Pour the glaze evenly over the still-warm rolls. 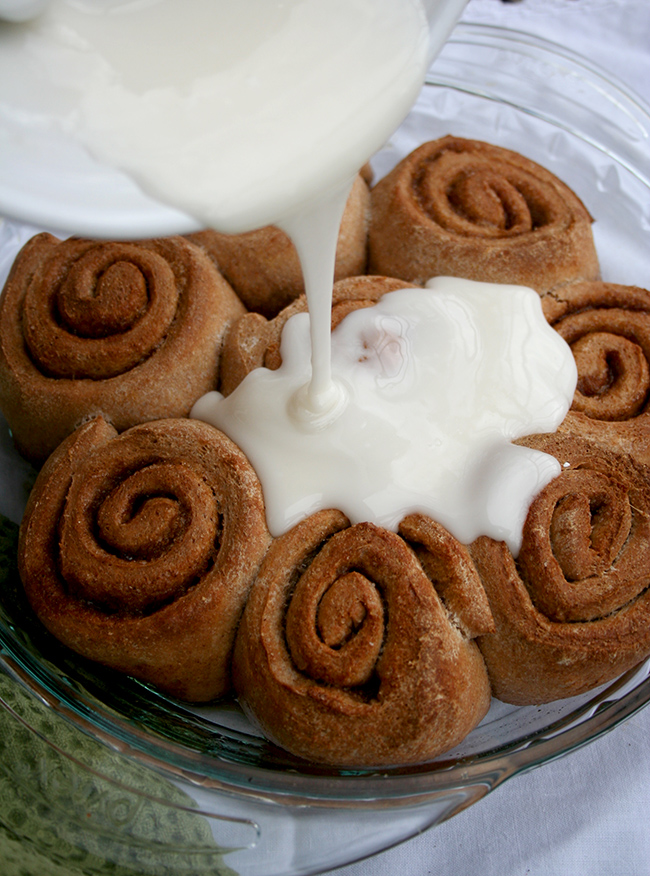 Serve slightly warm. Store well-wrapped leftovers at room temperature for up to 3 days, or freeze (un-iced) rolls for up to 1 month.