As your first bench plane or, for the minimalist, your only bench plane, a jack plane is the best choice. The next choice to make is between the bevel-down and bevel-up styles of planes. 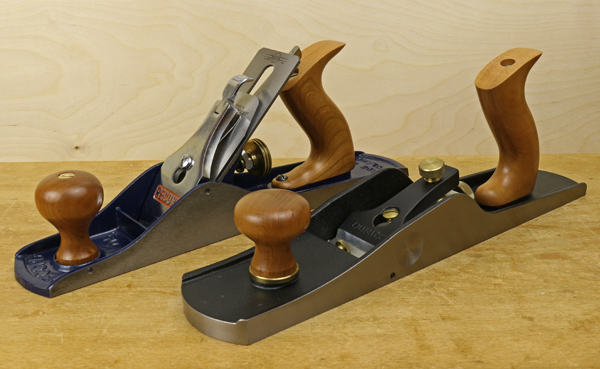 These styles are simply two different approaches to accomplishing the same tasks, and without a doubt, they both work well. This issue often confuses woodworkers, so as we take a look at the anatomy of each, keep in mind that any plane is, in its essence, nothing more than a jig to hold a cutting blade.

The bevel down (BD) jack plane consists of an iron body with a blade support bed, called the frog (pointed to below), which most commonly has an angle of 45 degrees. The blade is paired with a chipbreaker, secured with a screw. The chipbreaker redirects the shaving away from the surface of the wood to help prevent riving (splitting) of the wood fibers ahead of the cutting edge. The chipbreaker also provides additional mass and stiffens the blade near its cutting edge. 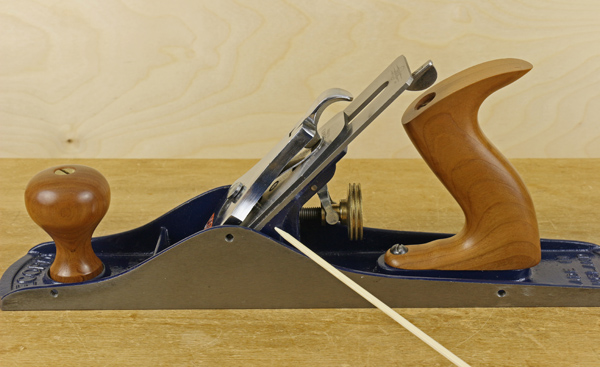 The blade-chipbreaker assembly is placed with the blade bevel facing downward on the frog. A slot in the chipbreaker engages the adjustment mechanisms. Finally, the lever cap applies pressure to stabilize entire assembly.

In the photo below, note that the chipbreaker sits atop the blade and its large bevel extends very close to the cutting edge of the blade. The bevel of the blade is facing downward. 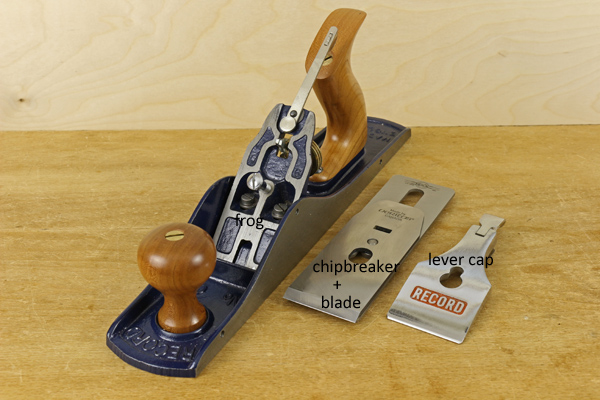 This familiar style of metal plane is fundamentally unchanged from the Bailey plane sold by Stanley in the 19th century, and for good reason — it works very well.

This style of bench plane has a much lower frog angle, almost always 12 degrees, upon which the blade is placed with its bevel up. The blade (pointed to below), which is considerably thicker than that of bevel-down planes, has precisely bored holes that directly engage the adjustment mechanisms. The blade is secured on the bed with a lever cap. There is no chipbreaker. 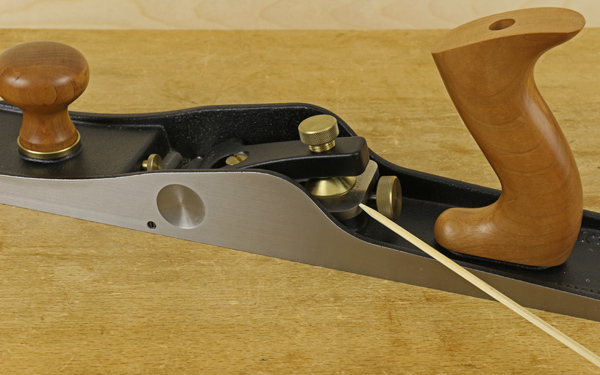 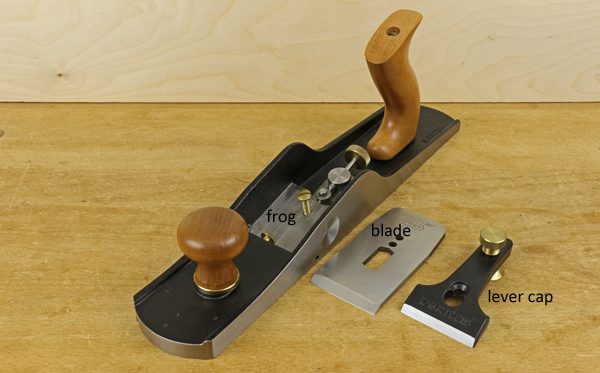 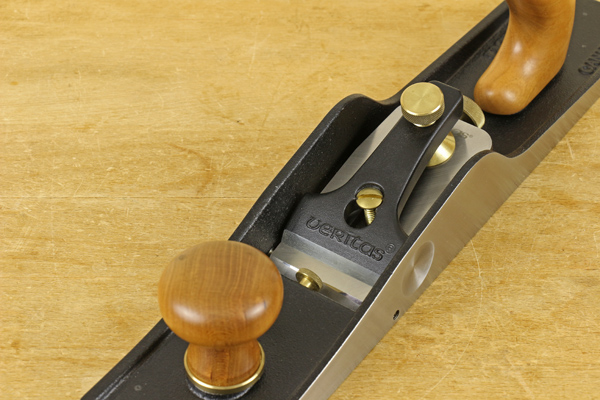 Thus, bevel-up (BU) planes are considerably simpler than BU planes and therefore are generally easier to adjust. For some, these are significant advantages for woodworking.

Before presenting more information that will help you determine your preference – BD or BU – here are the basic quality features to look for in any hand plane. Remember, a good plane is a lifetime tool so it’s best to buy right and buy once.

First, the sole must be flat, especially all around the mouth opening and at the toe and heel. Check a new plane with a precision straightedge by holding it in front of a diffuse light source and look for contact in those critical areas. A trace of hollow in the in-between areas is acceptable. The frog should also be machined flat and should be easily adjustable forward and backward in a BD plane, which effectively adjusts the mouth opening.

A quality metal plane will be made from a heavy casting, usually ductile iron, to help dampen vibration in the cut and give a feeling of solid contact on the wood. Adjustments for blade depth and lateral alignment should be smooth, not jerky, for controlled work without frustration. The wooden handles should have refined shapes that feel immediately comfortable when you pick up the plane. After hours of use, you’ll appreciate this even more. Finally, the blade should be high quality steel and prepared with a flat back that does not require excessive correction.

Which one should I get? 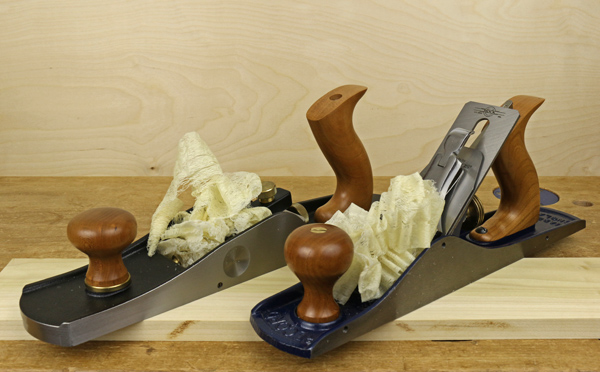 For the novice to intermediate woodworker or anyone who prefers simplicity, I suggest a bevel-up jack plane for several reasons. This style is easier to set up for initial use and generally easier to adjust in use, owing largely to the lack of a chipbreaker and the simple adjustment to change the width of the mouth. Further, it is easier to modify the components to customize the plane for different tasks. Finally, it also serves very well for shooting, a key woodworking skill.

The most significant disadvantage, in my view, is that high attack angles can only be achieved with quite high sharpening angles due to the low bed angle. Sharpening is more difficult at these high angles. A future post will make this issue clear.

All that said, many experienced woodworkers ultimately prefer the traditional handling and feel of the bevel-down style. I suggest trying out both types before buying. In most cases, sharpening BD blades is easier, which is an important factor.

My preference in a BD jack plane is the Lie-Nielsen #5 (2″ blade width) with a 45-degree frog for good all around use. A second choice might be the new Veritas custom BD planes.

Another option favored by many woodworkers is to buy a vintage BD jack plane and clean it up. While this is not as difficult as one might guess, it does take skill and patience, and is not the easiest route for a novice. The sole advantage is the money saved.

Taking your woodworking skills to the next level!Browse Classes Now