Liquids might seem like something difficult to draw, especially since a lot of them are clear. How do you even draw something that you can see through? 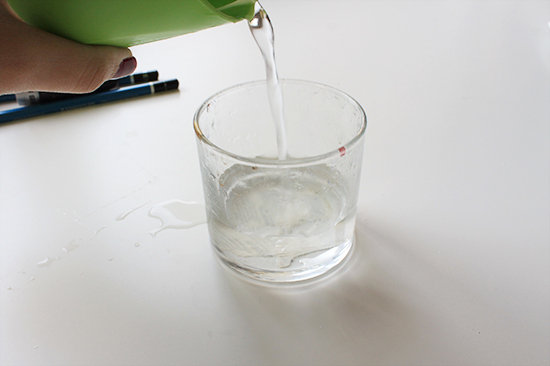 Well, it is actually rather simple. I say this because all the usual lights and shadow principles that we have reviewed in previous drawing posts apply to liquid elements as well. This means that no matter how the liquid you wish to draw is presented, be it bubbles underwater, a small puddle, a splash in the air, etc., lights and shadows will fully define it. 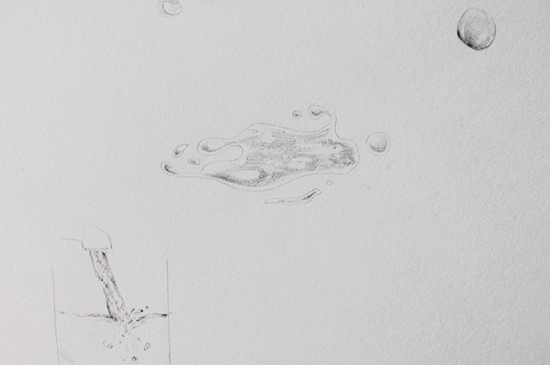 Changing the way our minds perceive something can greatly influence how we see and how we draw it. If you consider water, paint or some other liquid, as just another body of mass affected and shaped by light and shadows, instead of something that is see-through and hard to hold, it can become easier to represent it on paper. 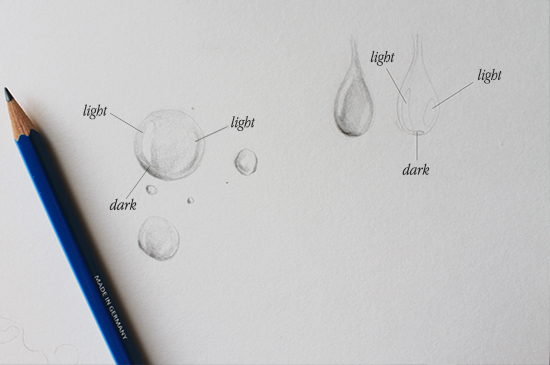 Notice on the image above how the areas of lights and shadows are outlined on the unshaded drop on the right. The two lightest areas tend to be found across from each other on clear liquids. The shadow can generally be found on the bottom of the drop where the force of gravity forces the liquid to concentrate.

Something similar happens to a bubble. Light reflects on the front and back sides of the bubble, while the shadow can be perceived at the bottom edge where gravity concentrates most of the liquid around it. 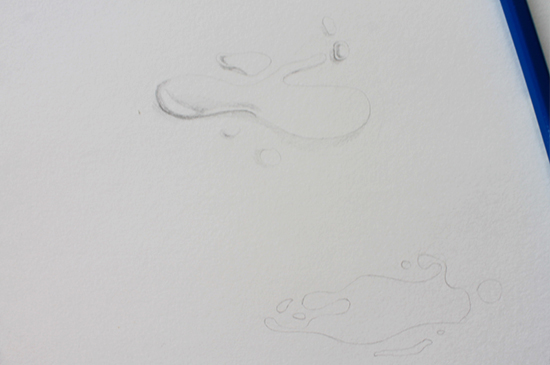 Learn how to draw liquid with ease: 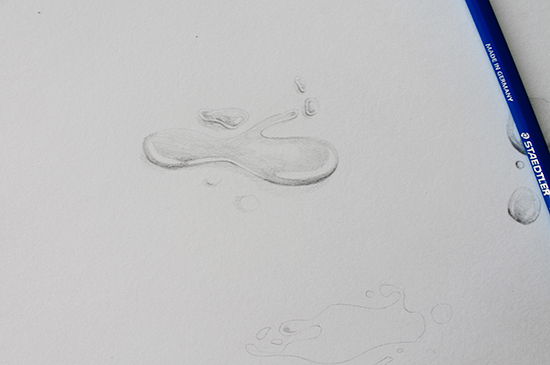 Follow the same guidelines when drawing small splatters of water on a table, for example, or any liquid suspended in the air.

If the liquid is dense and opaque like paint, you can simply paint it the same color, or leave it as it is if you are working on a black and white drawing. On the other hand, if the liquid is sheer, like water, draw within the liquid whatever is behind it.

To draw water gushing out of a faucet shade some areas of shadow in directional strokes heading downward to indicate water movement. Also, incorporate small bubbles and splashing drops to give a dynamic impression of row and movement. 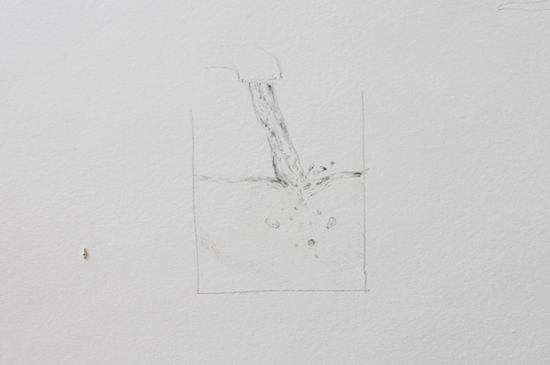