Anyone can learn how to draw from memory. It’s not some crazy genius artistic trait that some people are born with and others are not. In fact, it’s more a matter of muscle memory than a question of talent. 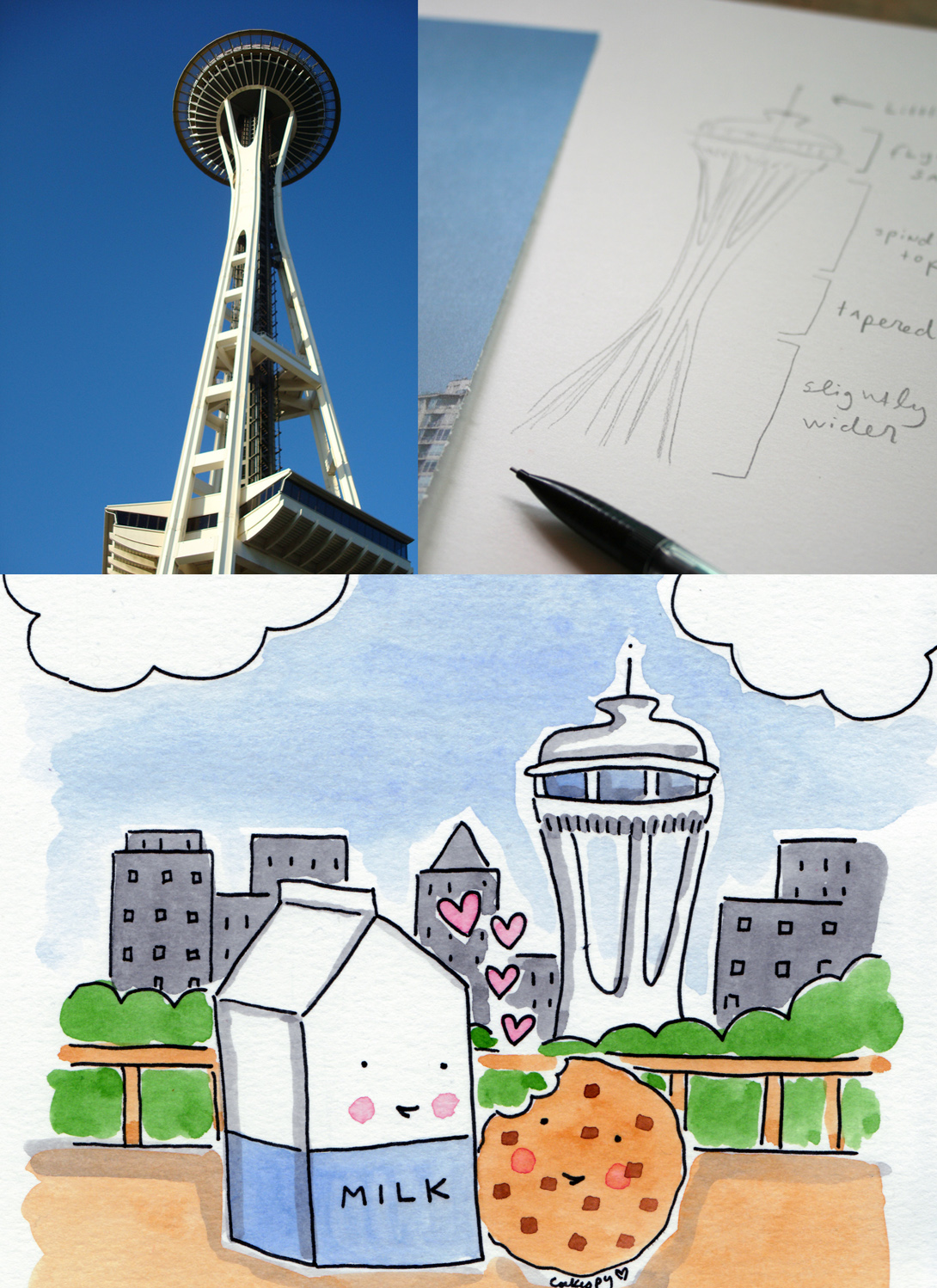 Like working out to develop muscles, you can “work” your drawing ability through targeted exercises. Here are some easy and effective ways to hone your skills of drawing from memory by developing a relationship between your brain, eyes, and hand.

There isn’t a secret to the long-term method of drawing from memory. It’s as simple as this: draw the same thing, over and over, until you’ve memorized it.

To illustrate with a personal anecdote, there was a time when I was doing a lot of custom artwork involving cupcakes and the Space Needle (no, really). At first, I would use a reference image every time I drew the Space Needle. But after about the twentieth time, I found that I no longer needed the reference image. 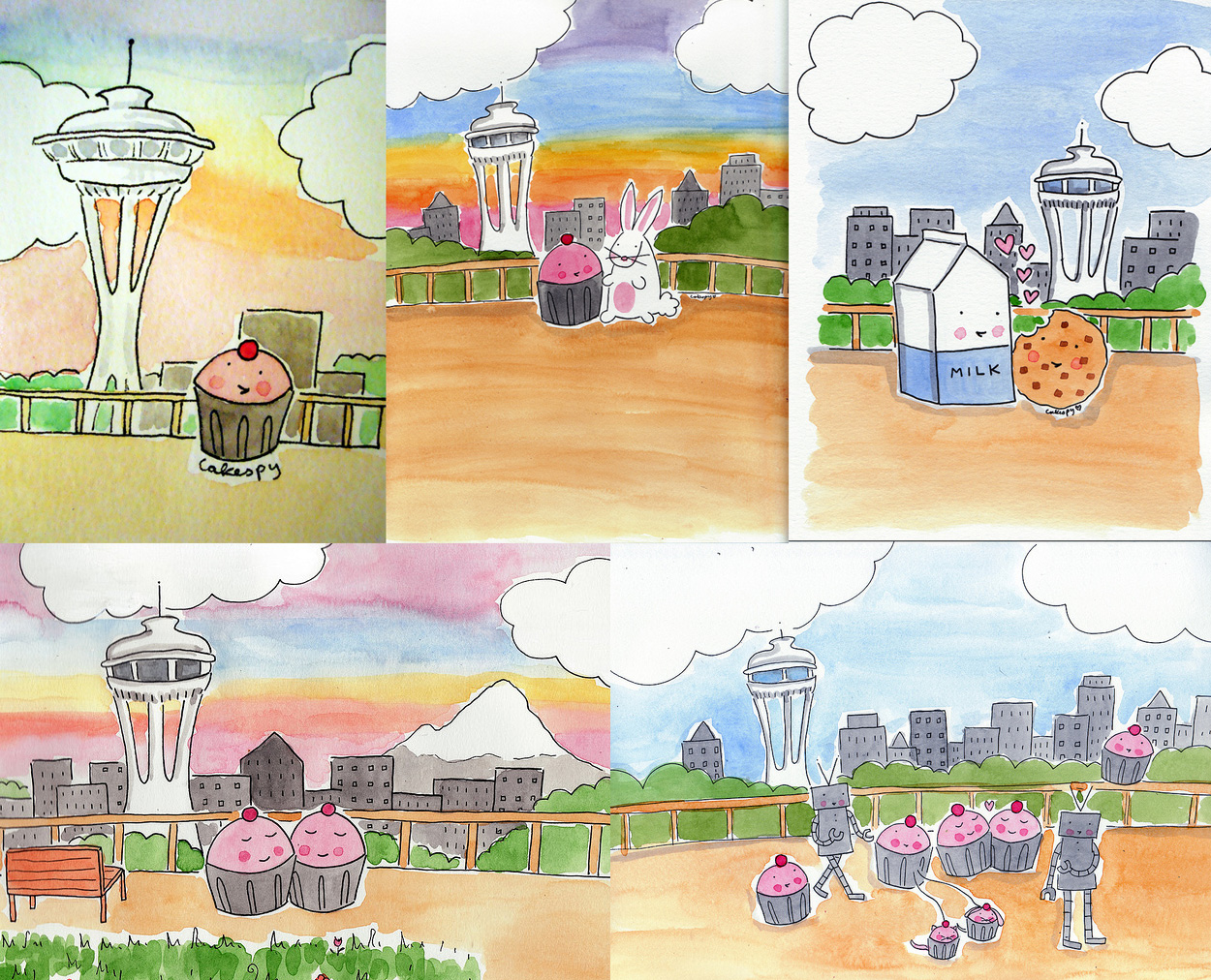 This method doesn’t require a specific set of steps; it just requires drawing something over and over for an extended period. If it’s something that becomes your signature, it will likely happen.

Short-term method: Commit it to memory

Sometimes, it’s nice to hurry up the natural process just a bit. If you want to master the art of drawing from memory a bit faster than the long-term method, follow these steps. This method can be done digitally with a drawing tablet or by hand.

First, figure out what you’d like to draw from memory. Is it something specific, like the Space Needle? Or something more general, like cats or dogs? Start with a reference image of what you want to commit to memory. Gradually, you’ll begin wean yourself away from using the reference image to create your desired drawing. 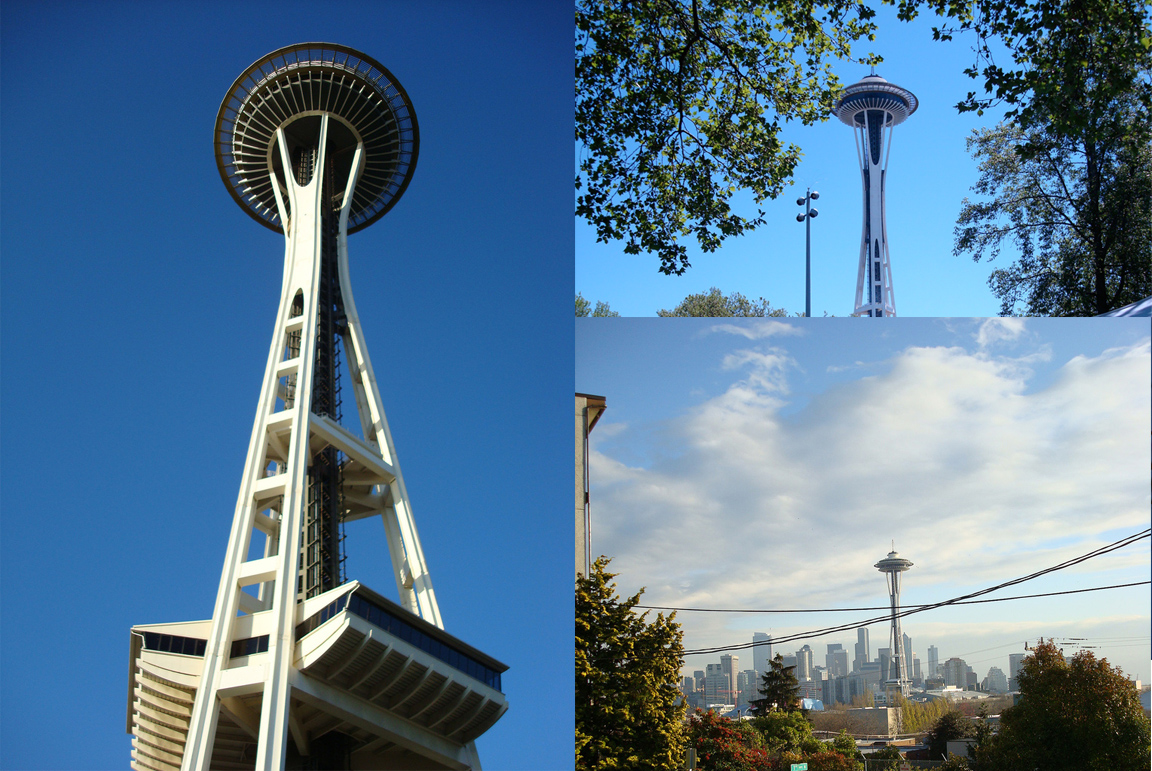 Trace the image, draw it using a grid, or simply draw by hand using your reference image. As you draw, concentrate less on the actual image and more at the individual lines or shapes that make it up. For instance: How wide is the saucer at the top of the Space Needle compared to the tower itself? How large are the eyes of a character or animal you are drawing in proportion to other features?

Memorizing space relationships and ratios will help you commit your subject to memory. Feel free to make notes on your initial drawing. 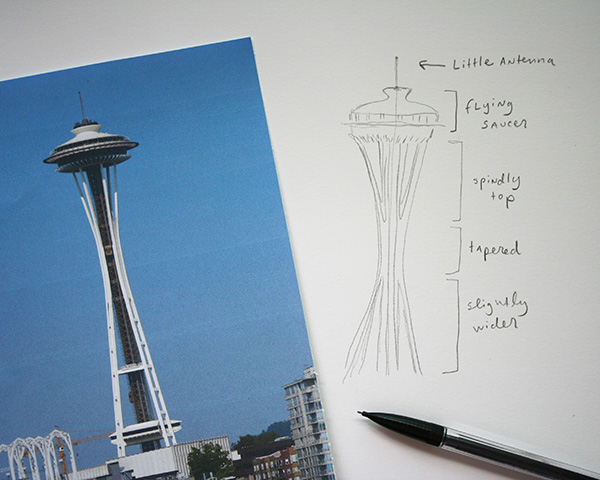 Draw your image again. This time, trace or use your reference image to start the drawing, and about halfway through, look away from the reference and see if you can finish it up by memory. Compare your results. Did you miss details? Probably, but what is more important is if you captured the essence of the object? 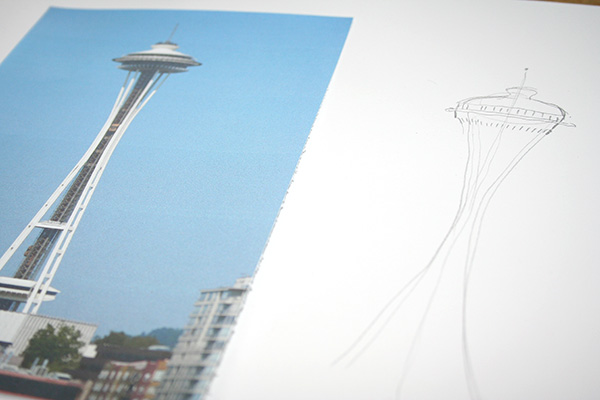 Continue drawing your image over and over. Each time, see how much less you need to rely on tracing paper or refer to your reference image. In no way does this have to be over the course of a day. Like exercise, you need to be slow but steady with your progress. Commit to drawing your image once a day or once every other day. Depending on your style and the complexity of the image, it could take days, or it could take weeks to master drawing it from memory. But with practice, you will be able to draw an image from memory. 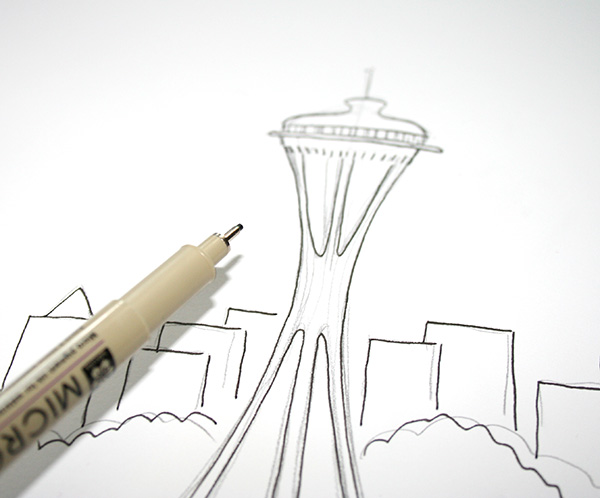 This practice also allows you to refine your style of drawing the image. For instance, in the case of my more cartoonish style, the Space Needle gradually became more simplistic, which was just fine based on the type of the artwork I was doing. The important part was that I had mastered capturing the essence of the Space Needle in recognizable form. 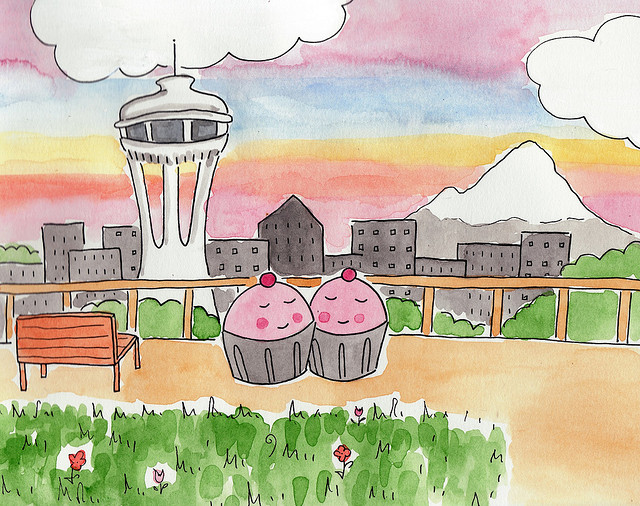 The best thing about this method is that it becomes easier. It might take several times drawing the first subject you’d like to commit to memory, but once you get the hang of it, you’ll have further developed your knowledge of spatial relationships, and the next subject you seek out to master will come along quickly. You’ll find yourself relying less and less on reference images.