Photography simply can’t exist without light, and understanding your lighting options will give you more control over your final image. Ultimately, you have two types of lighting to choose between: Hard light vs soft light. To help point you make the decision, I’m going to give you a few tips on discovering what kind of light you want to look for. Do you want hard light or soft light? What’s the difference, anyway? Let’s go over the characteristics of each (with plenty of examples!). 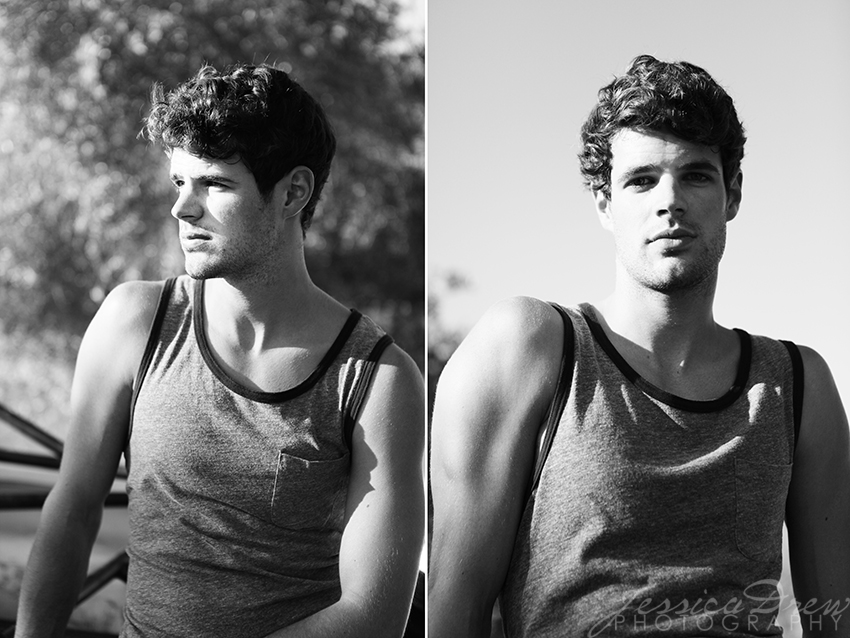 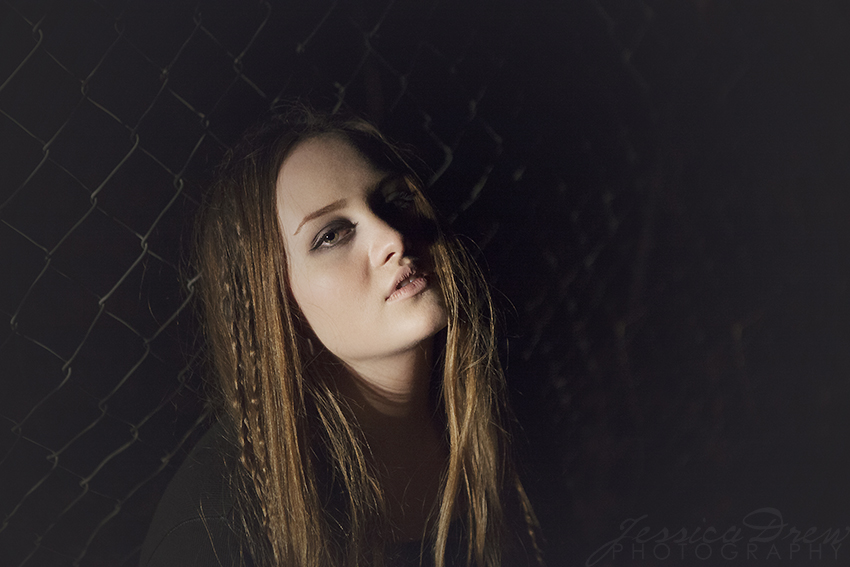 For this picture, we used my car headlights as the only source of light. I am a natural light photographer, so I don’t own any off-camera flash equipment — I guess you can say we got a little creative. I love the hard light in this photo. It was Halloween, so I wanted a bit of a spooky, harsh look.

Where to find hard light

Hard light typically comes from two possible options: the sun or and off-camera flash or other lighting system.

Using the sun as hard light

When using the sun, pay attention to where you want to be and where the sun will be. Is the light coming from the east or the west? Decide where you want the sun to be for your photos, then schedule a shoot for that specific time of day.

For example, if you want the model looking up into the sky with the sun right on her face, you may want to schedule the shoot around noon. If you want her to be looking off with a warm sunlight on her, you will want to schedule an hour or so before sunset. If you are not sure what you want, go ahead a practice. There are always friends, family members and future clients who would love to model for you.

Your off-camera flash could be a strobe or continuous light. Use the light without a soft box to create a harder light. The closer your subject is to the light, the harder it will be.

Soft is exactly what it sounds…soft. It’s all about shadows and the absence of light (without being too dark). Ask yourself” “Does the shadow gradually go from light to dark?” If your answer is yes, then it is soft light. 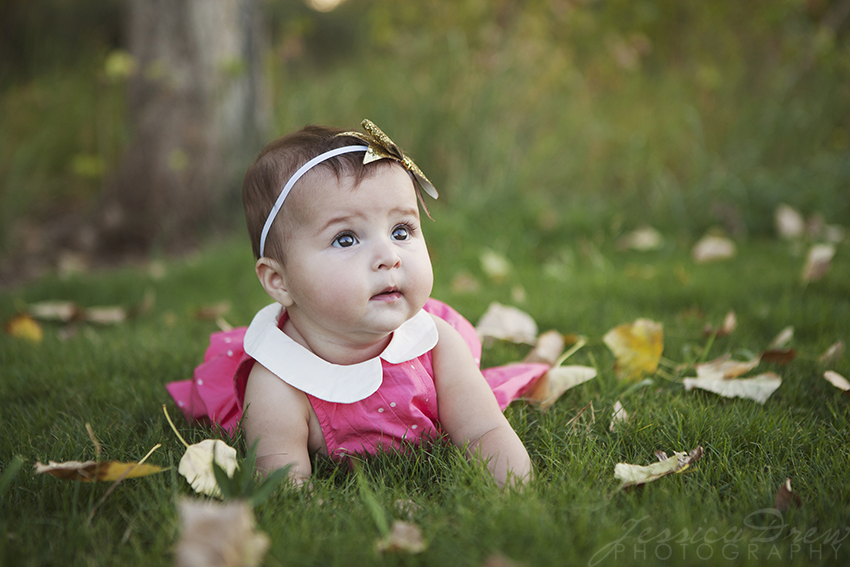 This photo above is a great example of soft light. See the slight shadow on the left of her face (her right side)? It’s such a gradual darkening that you can’t really tell where the shadow begins. It’s always flattering on everyone. That’s why I love soft light — it will always turn out beautifully.

Where to find soft light

Soft light is often easier to find and capture than hard light, as you’ll see in the examples below. When looking at these examples, try to focus on the shadows to see the “softness” I was describing. Sometimes it may be hard to even find a shadow — that would be the most extreme soft light.

Open shade can be found on a side of a building opposite the sun or as the sun sets behind a mountain or a hill. When photographing subjects in open shade, make sure they are facing outward to the sky and not facing the building or mountain. This will result in a well-lit face and not a dark one full of shadow. The photographs below were taken in open shade. 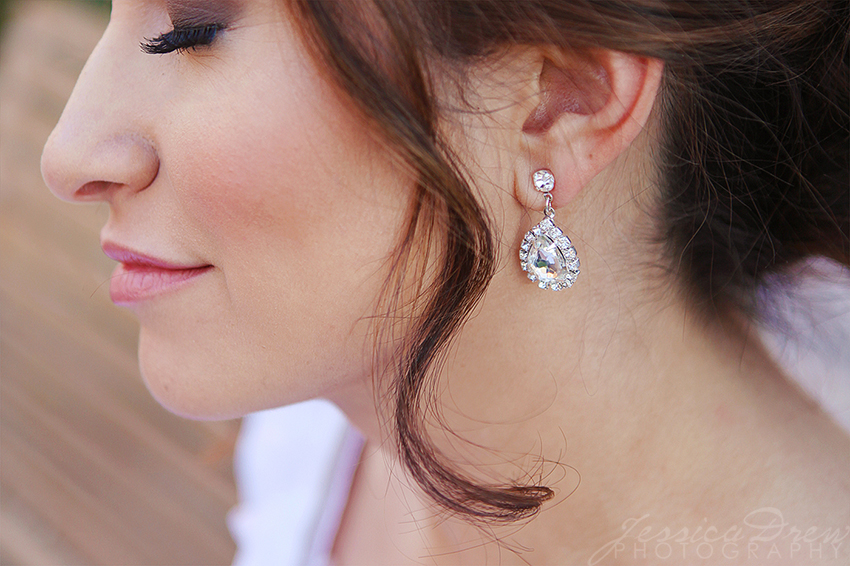 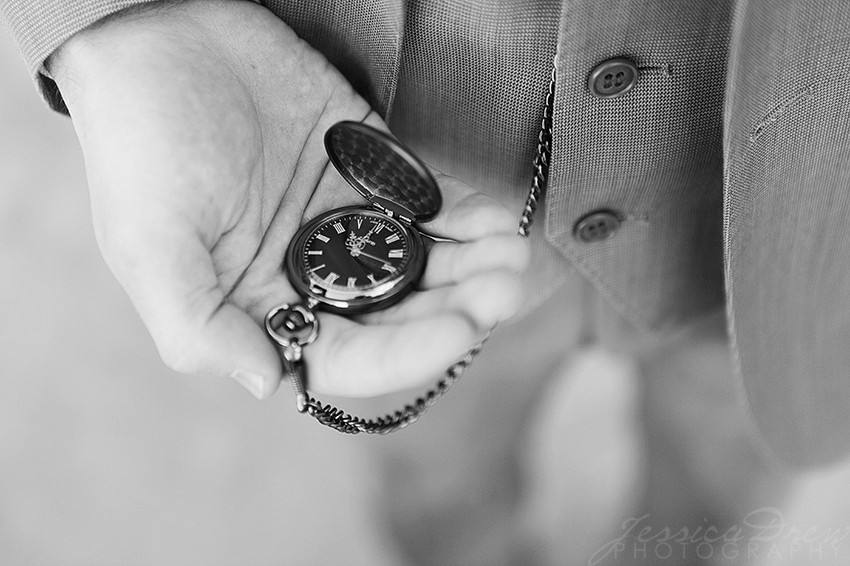 Clouds are great, but it’s hard to count on them. I live in central Arizona, where there is hardly cloud coverage. I usually plan on other ways to make soft light, but when I show up and it’s overcast, I can’t pass up nature’s giant soft box. The photographs of the models in the river were done on a very cloudy/overcast day. As you can see, both of the images below were taken on a cloudy day. 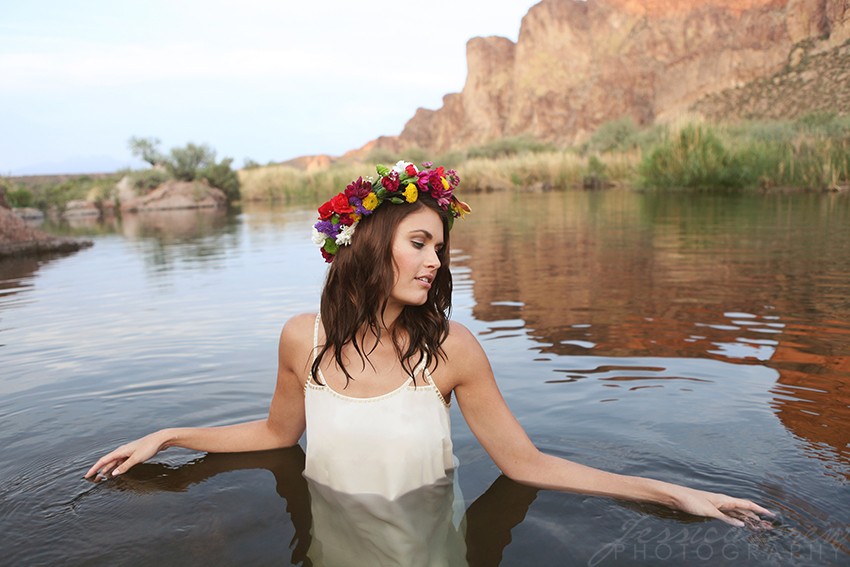 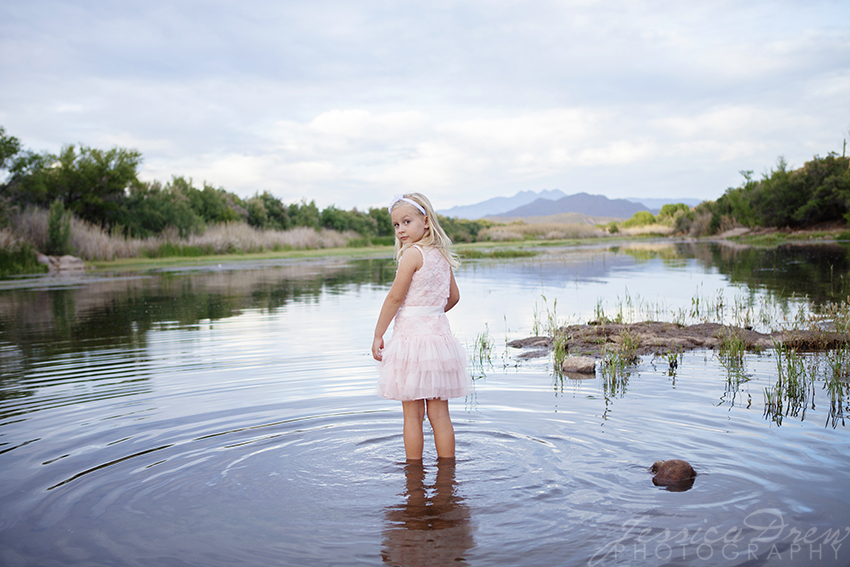 Taking photos indoors? Just slide up the blinds or remove the shutters to let natural light in through the windows, as I did in the newborn photos below.

Large soft boxes can create soft light as well. The bigger the soft box, the softer the light. As you go farther away, it will also make the light softer.

If you remember just one thing from all of this, it should be that hard light equals hard shadows and soft light equals soft shadows. One isn’t better than the other — each produces a different effect, and it’s up to you as the photographer to decide which is ideal for your image. Get out there and practice practice practice! You won’t really learn until you try it out for yourself.