If you don’t count the iPhone, the GoPro is the best selling camera on the planet. Of course, it is known for its video capabilities, which continue to push the limits of what you can film and where you can film it.

GoPros also have the ability to capture still images as well and are very interesting pieces of equipment for the photographer who likes to try new things and find new angles. I’ll review some of the features that may make you want to add a GoPro to your photography toolkit — focusing on the newest models, the Hero4 Black, Silver and basic model. 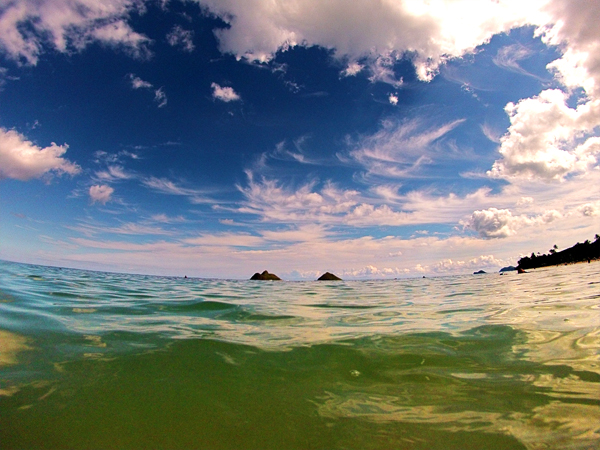 First, the Black and Silver models shoot photos at 12 megapixels. This means you can comfortably print high-resolution images at 11 x 14. That’s pretty big for such a small camera! It’s 1.5x the resolution of my iPhone 5 and appears to me to be a similar quality. Of course, I’m not going to shoot weddings or magazine spreads with this camera, but if I’m out hiking or with friends, it’s good enough for some snapshots.

The camera outputs compressed JPEG files, which is nice for storing many photos on a memory card, but not so nice for editing later. I would love to have the option to get RAW files. The basic GoPro is similar, but only shoots at 5 megapixels. 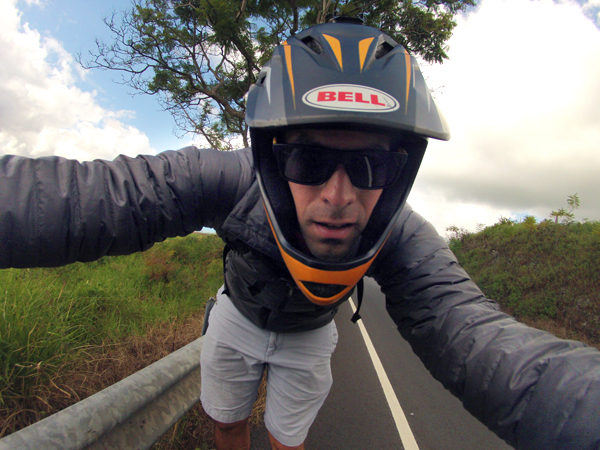 That’s me! Adjusting the view from my bike.

I typically leave the GoPro on its widest setting, which is WIDE. I would guess it is equivalent to a 14mm lens on a full frame camera, with a 180-degree field of view. There is major distortion if you use it up close on your subject, but otherwise looks pretty good. There are also medium and zoom modes to give you a less wide field of view, but they end up decreasing the resolution and quality of the images.

One big downside to using a GoPro as a main camera is that you can’t control the settings. The exposure is completely automatic and the camera chooses shutter speed, aperture and ISO for you. The good news is that it’s pretty good at finding a good medium exposure. The new GoPros have a “Night Photo” mode, which helps in finding a good exposure when you are working with dark skies.

Since the GoPro only shoots JPEG files, it can fire them off very quickly. The newest Black and Silver models will shoot 30 frames per second at full resolution. That’s three times faster than some of the quickest DSLRs. For action photography, it’s hard to beat, and very unlikely you will miss the moment. The basic model shoots five frames per second. There is also an interval mode which allows you to shoot every half second, second, 2 seconds, 5 seconds, 10 seconds, 30 seconds, or 60 seconds. This is great when you want to get a series of photos or when you are making a time-lapse video.

One of the coolest thing about the GoPro is that you can take it just about anywhere. They come with a waterproof housing, which keeps the camera clean, dry and protected in wet conditions or underwater. They are able to be taken more than 100 feet deep without any problems. There are tons of accessories that allow your GoPro to be mounted on all sorts of objects where it would ordinarily be difficult to get a camera. For example, there is a suction cup, a surfboard mount, a helmet strap, chest harness, sticky mounts and even a plain tripod mount.

Currently, only the Hero4 Silver has a LCD screen that you can view images on. The others, including older models require you to guess what you are getting, buy an accessory screen or to use the GoPro app. For models with WiFi capability, you can do a view your images live from your phone or tablet.

While a GoPro would have some limitations for photography, it has many advantages over a DSLR or traditional point-and-shoot. It’s worth a try and cheap enough that not much is lost if the GoPro doesn’t see much use.

Does anyone else use a GoPro for photography?