Sometimes when we make a knitting mistake, we must perform the dreaded ripping out of stitches. This often means tinking, which is just going back a stitch or two — or maybe even a row or two. Other times, the mistake is so massive that we need to frog, which means we’re doing some major ripping. 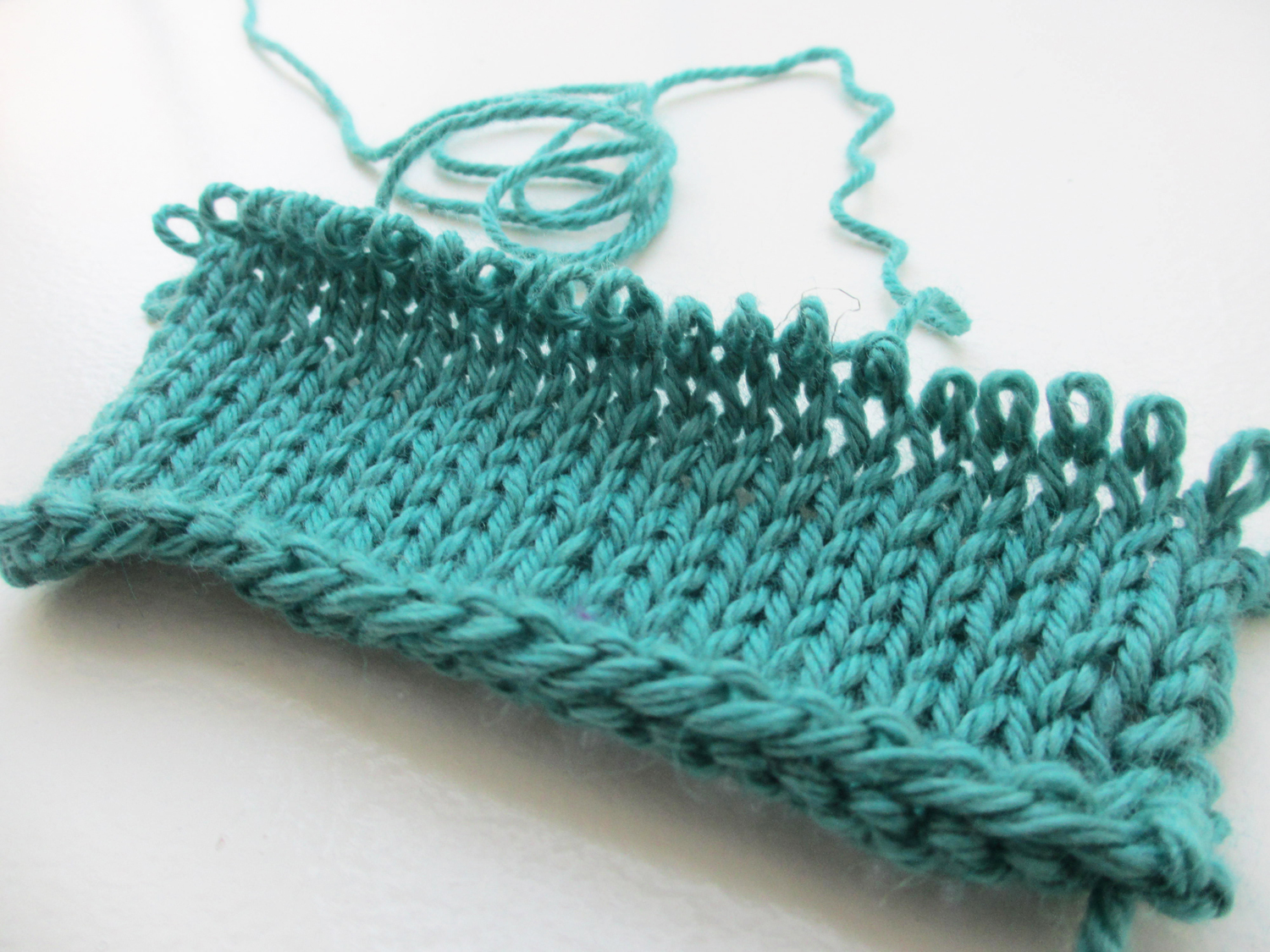 For tinking, often our stitches all stay on the needles as we rip back one at a time. For frogging, though, we’re doing some major ripping that involves removing the live stitches from the needles, then later replacing the needles. (I sweat just thinking about it.)

Here’s how to decide which one is the best solution for your project, plus when you shouldn’t take any action at all. 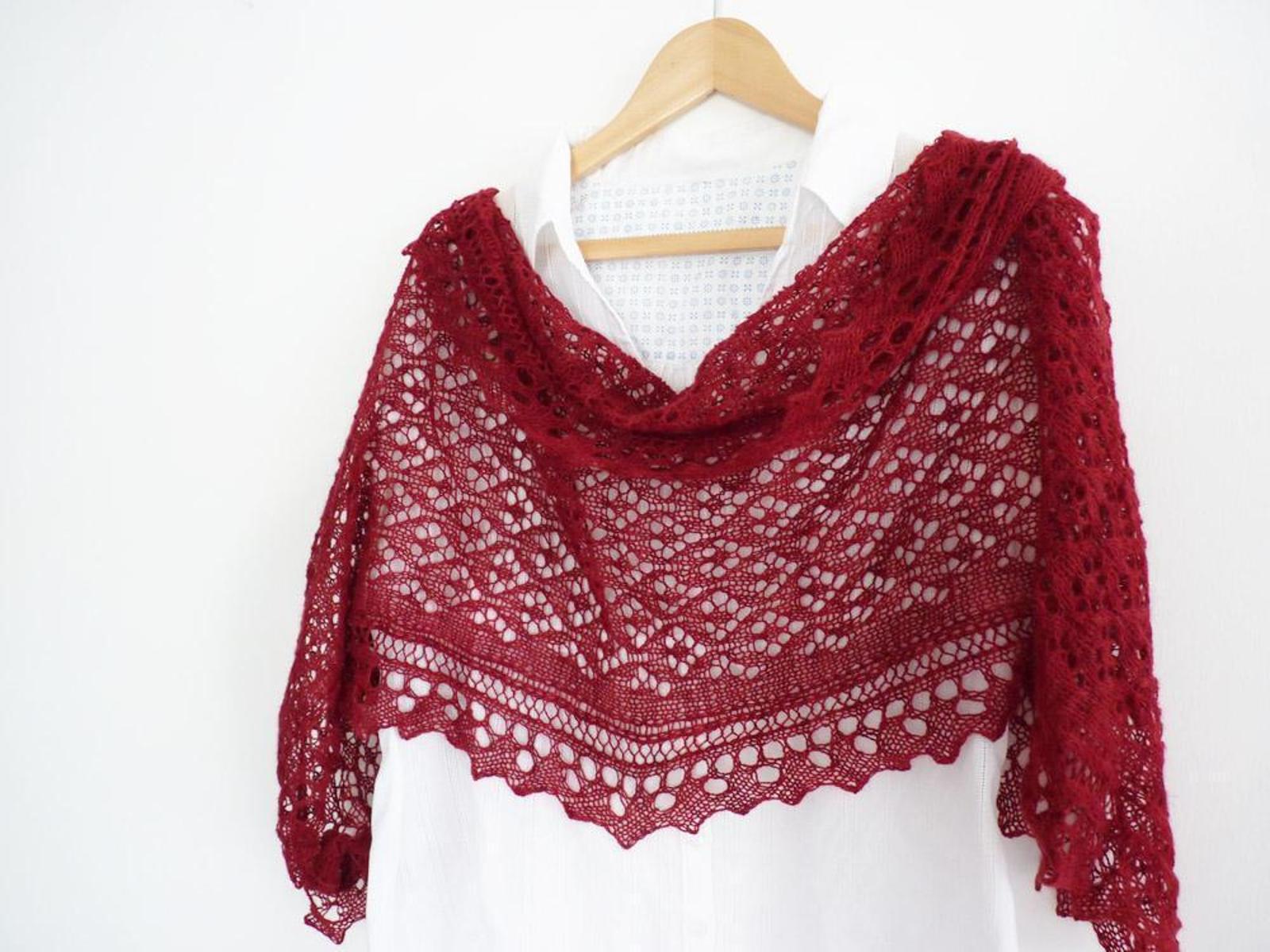 With all those yarn overs, decreases and other more complex stitches, it can be difficult to rip out entire rows and still get back to the right stitch count for patterns like the Cyrcus Lace Shawl pictured above. Plus, some yarns like lace yarns are slippery and can easily drop down a few rows when you’re ripping. Tinking allows you to go back one stitch at a time and ensure everything stays where it needs to be while you fix the mistake.

One exception to this is if you used a lifeline. (See When to Frog below for more info!)

Your mistake is only a row or two back.

Tinking back a row or two is no big deal and shouldn’t take that long. If you know where the mistake it, mark it with a stitch marker and slowly undo one stitch at a time to get back to the mistake.

Your stitch count was off on the previous row.

Maybe you dropped a stitch, or maybe you forgot a yarn over. Either way, if your stitch count was only off on the previous row, it’s fairly easy to rip back one stitch at a time to figure out what the problem is.

Your garment does not fit.

It’s better to totally rip that sweater out and start over with a different size than to end up with a sweater in your closet that you’ll never wear. Take note of where the fit issues are, rip it out, and start over. Sigh.

Your gauge is not correct.

Sometimes even if you swatch to gauge, you start knitting only to discover that your gauge is wrong. In this case it’s best to frog and start over again, especially if you’re knitting something like a garment where gauge is critical for the right fit. 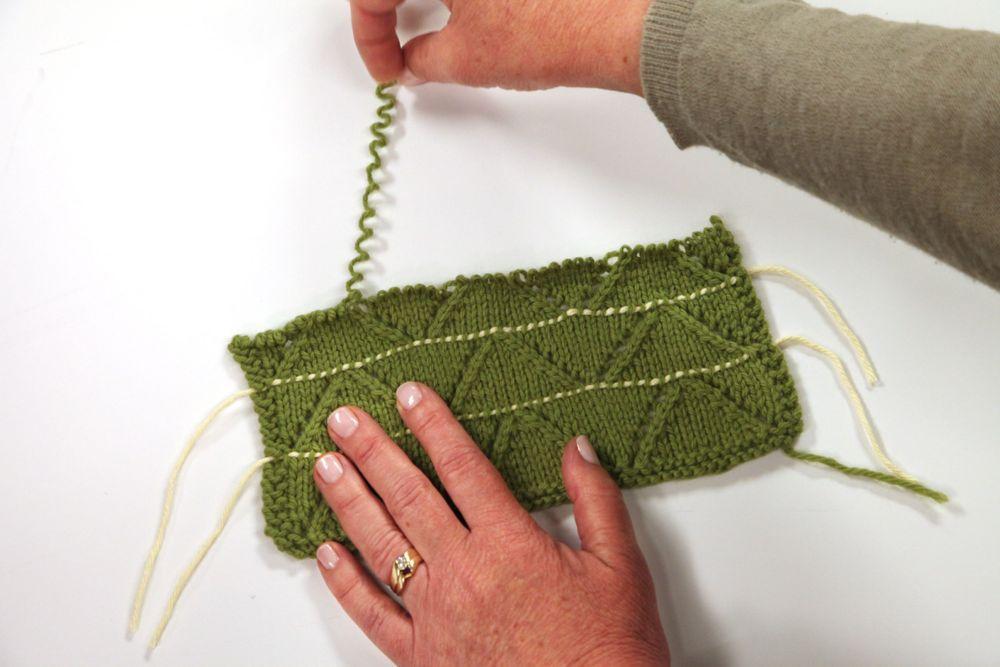 Craftsy instructor Ann Budd ripping back a project in her class Save Our Stitches: Fixing Knitting Mistakes

You used a lifeline.

If you used a lifeline, it’s safe to rip back to the lifeline. All your stitches will stay put, safe and sound for putting them back on the needles.

When you shouldn’t tink OR frog

There are some situations when you need to sit back, breathe and sleep on it. Here’s when you should do nothing:

Some of our biggest knitting mistakes happen when we’re tired. Go to bed and pick up your knitting tomorrow!

You’re angry that you made a mistake.

Anger makes us knit tighter and make terrible mistakes. If you’re frustrated because you found a mistake or can’t figure out what the mistake is, walk away for a while. You might spot the mistake more easily when you have a clear head.

You’re frustrated with the project in general.

I’m tempted to throw some projects out the window and never look at them again, and it’s usually because I’m frustrated with mistakes I’m making. Don’t make tinking or frogging decisions when you’re in a bad place, otherwise you might end up impulsively frogging the entire thing.

You don’t have a plan.

Don’t tink or frog until you know where the mistake is. You don’t want to rip needlessly, because sometimes that can result in even more mistakes.

You’re fine with how it looks.

If you made a mistake but it doesn’t bother you, don’t worry about ripping or tinking. As long as your stitch count is on track and you know it won’t mess up the rest of the project, leave it be.

When do you tink, and when do you frog? Share your woeful tales of ripping out your knitting in the comments!