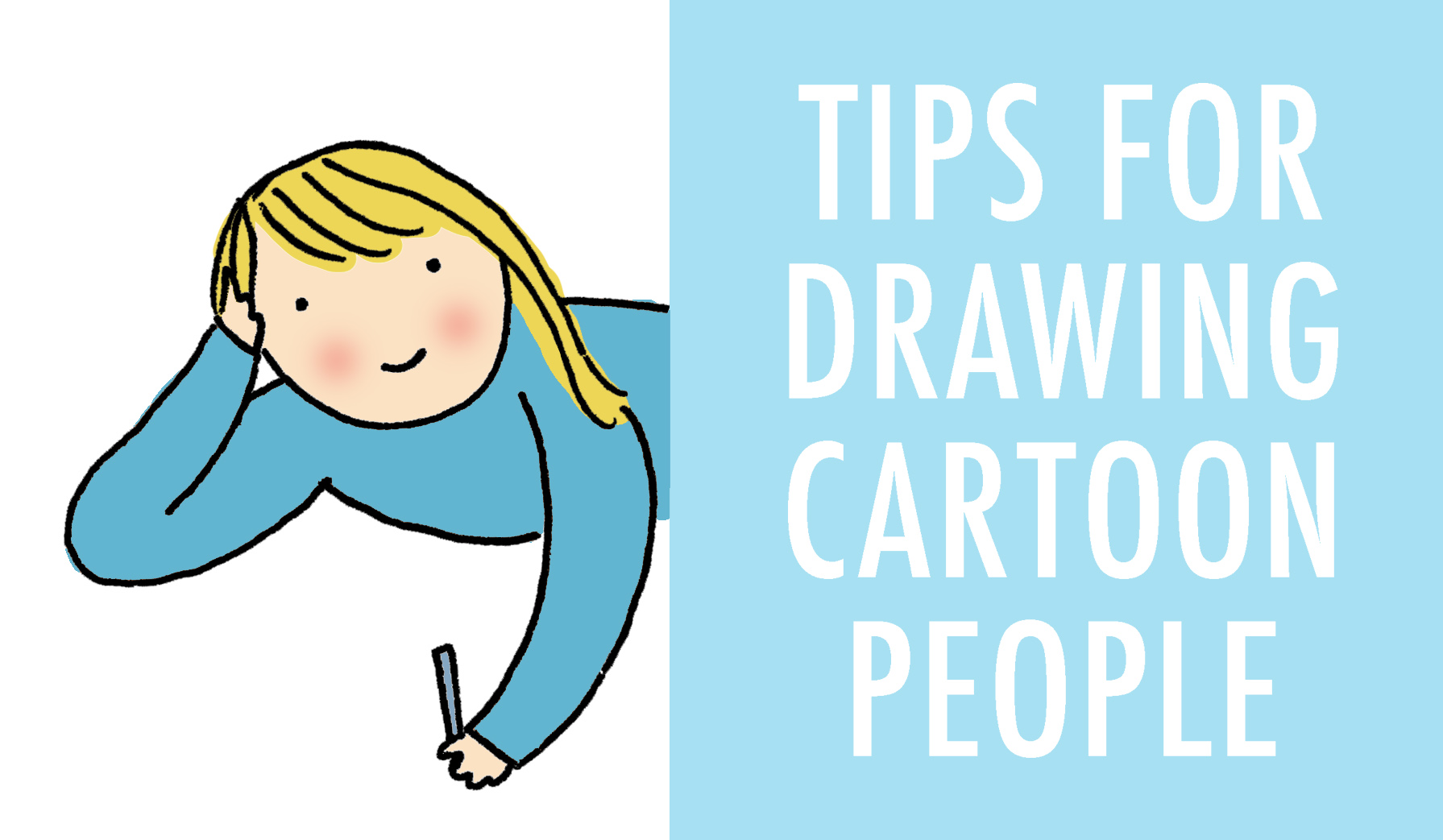 But perhaps the most rewarding part about drawing cartoon people is that it’s a great way to create characters that can provide artistic inspiration and direction for years to come.

Regardless of your motivation for learning how to draw cartoon people, these 8 handy tips will help you on your artistic journey! 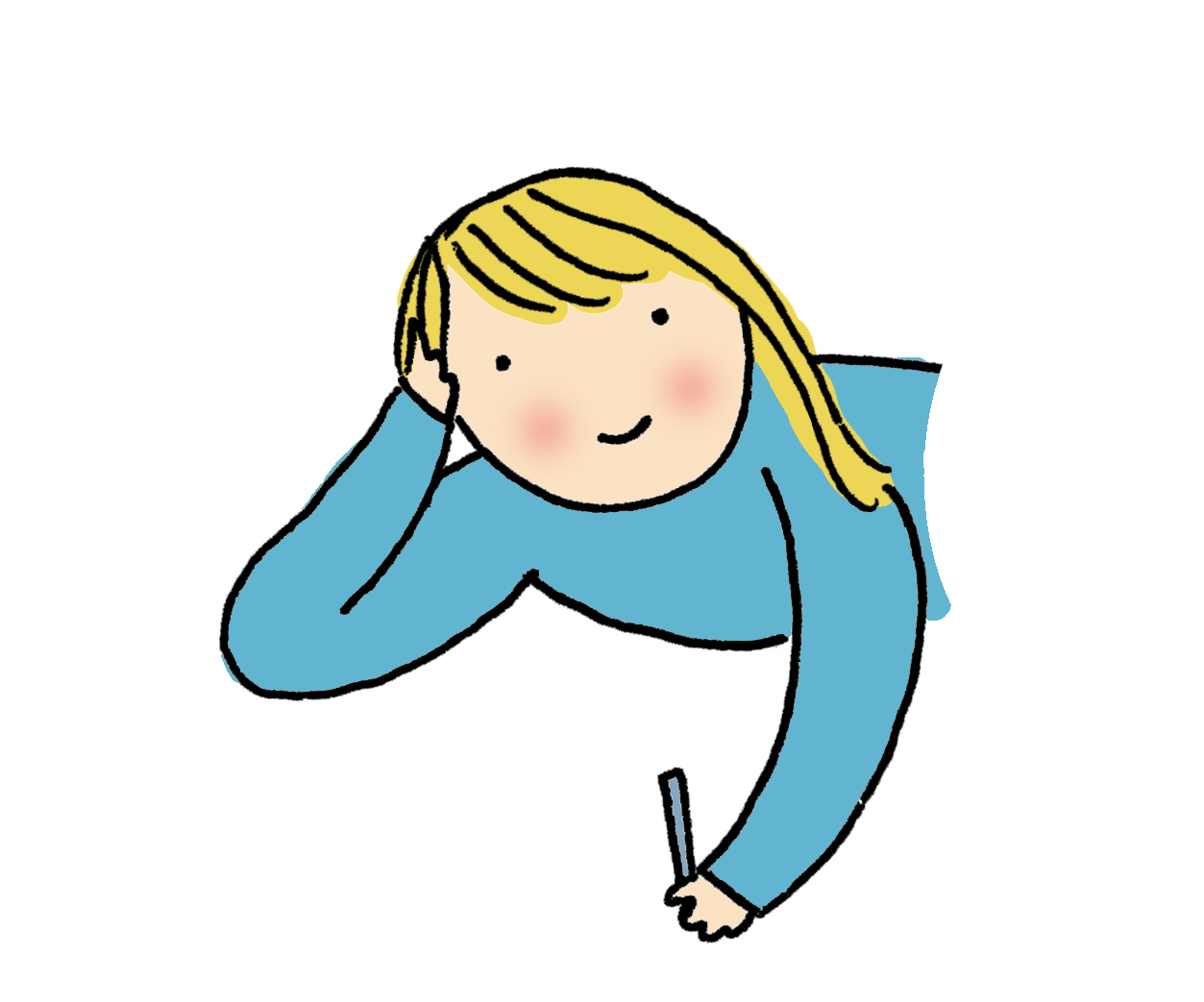 Developing a personal style one of the biggest steps you can take toward drawing effective and expressive cartoon people. While you can read some helpful general tips about how to develop a personal drawing style, oftentimes, drawing cartoon people is a matter of experimenting and trying out what works for you.

A great way to get started is looking at plenty of other cartoons and seeing what it is that you like. Growing up, I loved a cartoon show called Doug, and every day after school I would watch it with a pad of paper and a pencil and try to learn how to draw the characters. While my characters were originally copies of the ones I saw on the show, in time I began to take parts of what I learned and started to apply them to my own character creations. You may see a resemblance between these characters and the ones on that show, but my characters have evolved into their own distinct style over time.

While cartoons reside in the fictional sphere, we can often gather information from real life that can inspire them.

For instance, if you’re drawing a cartoon character doing ballet, real life reference images can inform you on the positions of limbs, posture and expressions that might be appropriate for your characters. From there, you can interpret real life as a cartoon. Real life reference imagery can offer important direction such as the direction to align hands, how to position eyebrows to attain particular expressions and so much more. 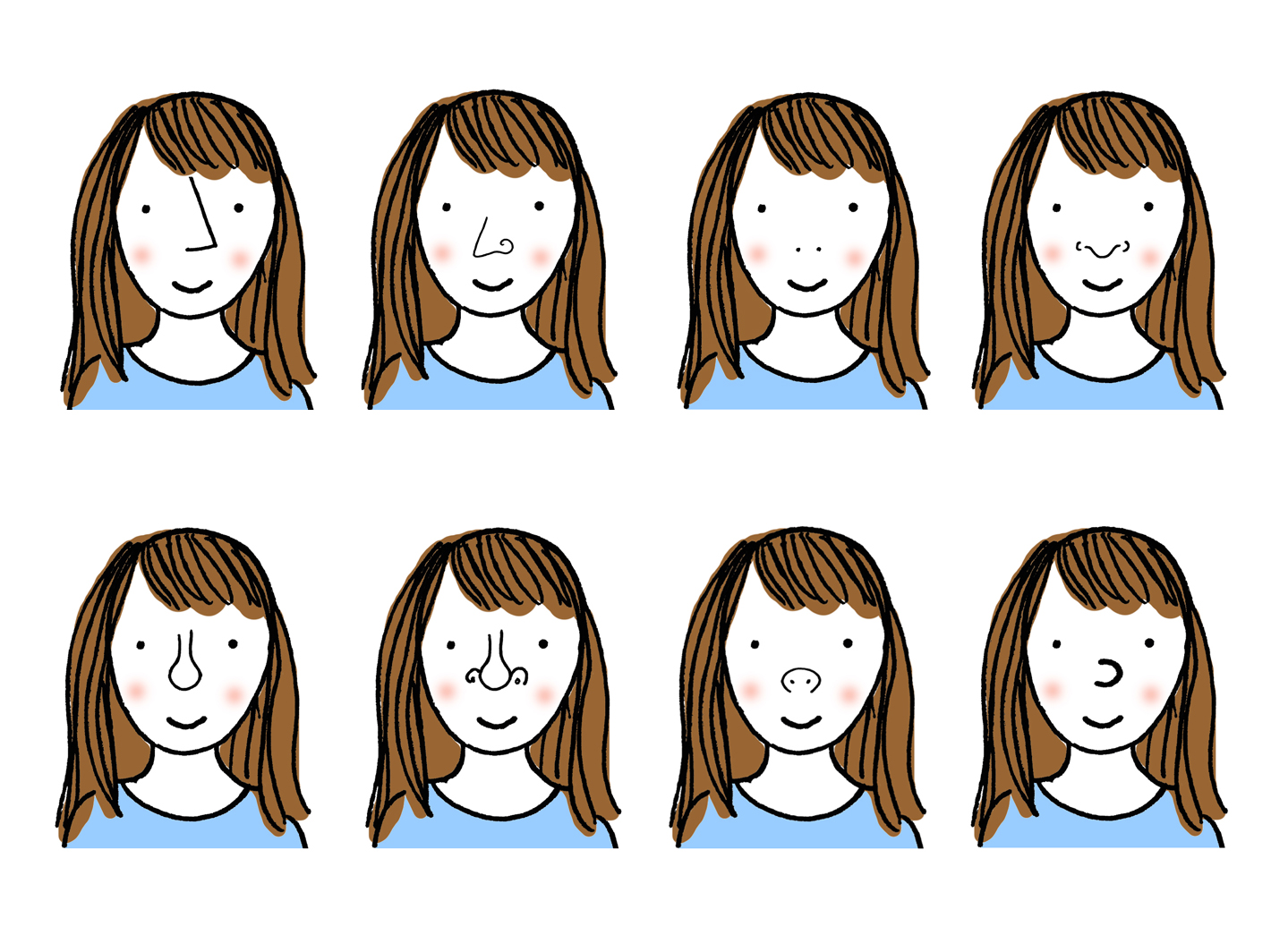 4. Distill forms to their essence. 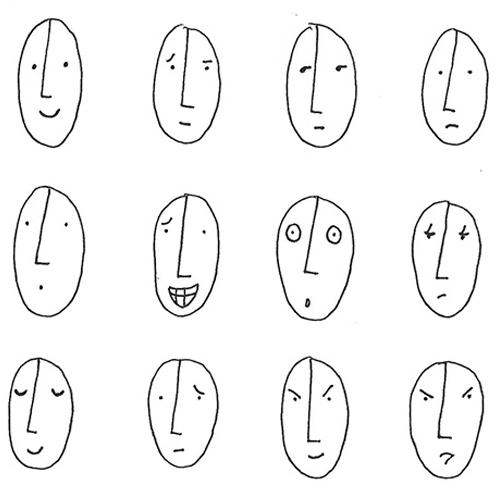 When it comes to drawing cartoon characters, a good guiding philosophy is “keep it simple.” For instance, in the above character faces, a lot of emotion is conveyed with the simplicity of the dots and lines used to make the facial expressions. Even without a lot of detail, this character conveys plenty of personality. You can start by drawing a cartoon character, and then evaluate if there’s any extraneous information that you could remove. Often, the simplest cartoons are the most effective at conveying emotion and mood. 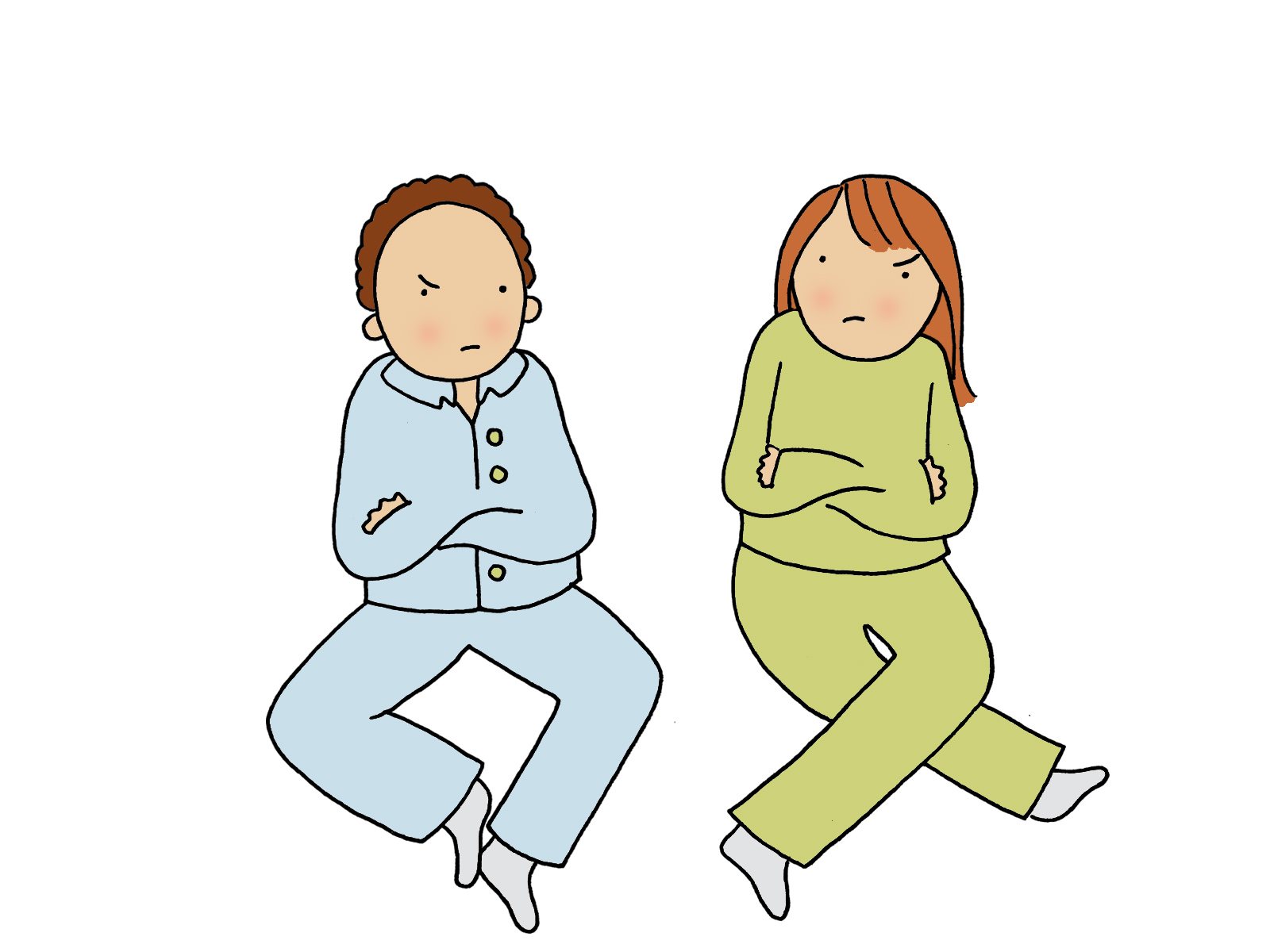 A “character” implies an overblown personality, and a “cartoon” is inherently funny or slightly slapstick. As such, take a vaudeville approach and exaggerate everything about your character. If he or she has big ears, make them really big. If he or she is angry, exaggerate the expression with a frowning mouth and deeply downturned eyebrows. Exaggerate both expressions and movements, and your cartoon character will jump off of the page (in a good way). 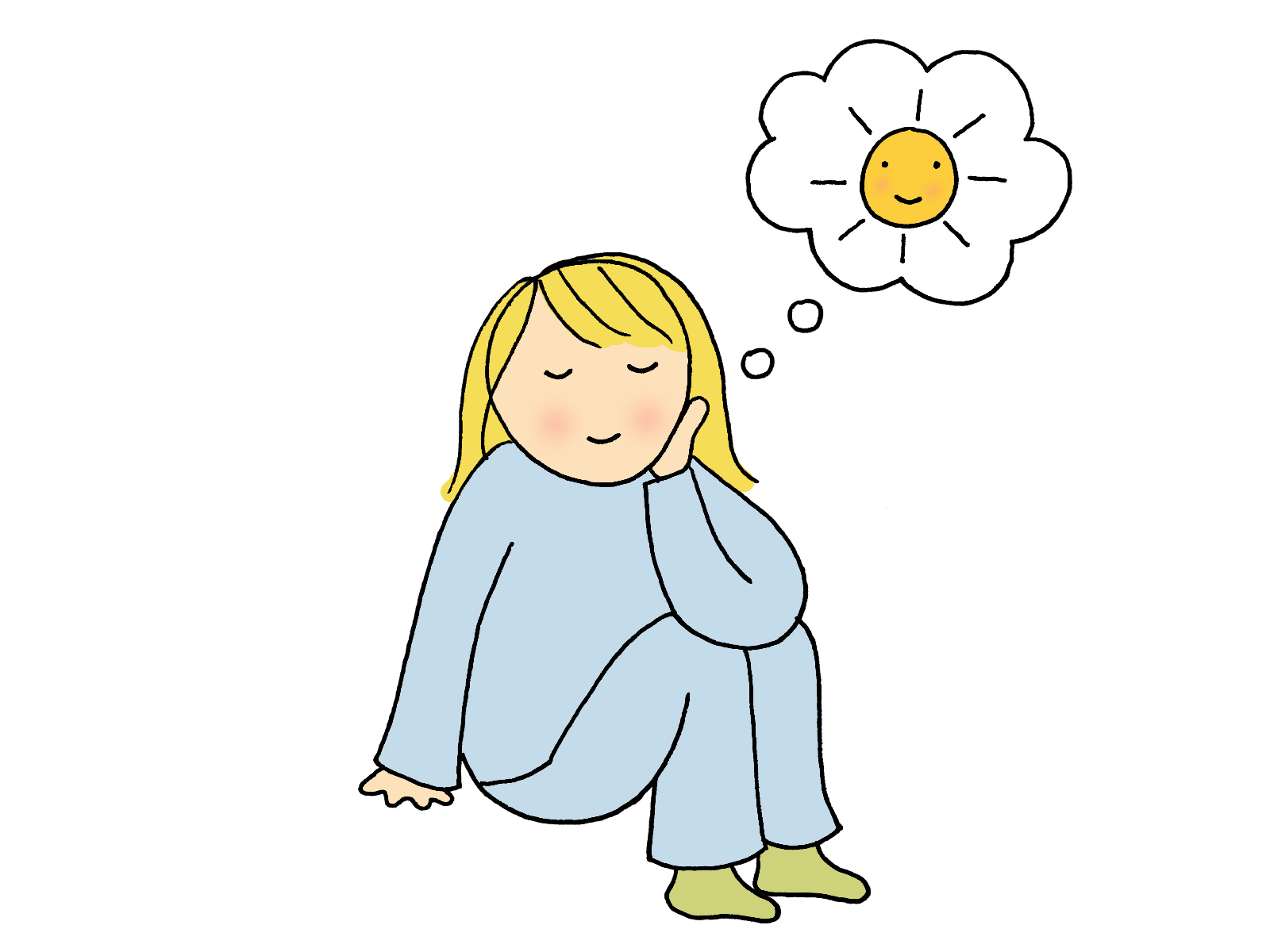 Consider this an extension of the previous tip. In a cartoon world, you have the creative freedom to create a world for your character. This means that you can add expressive details, such as coloring their face green when they are jealous, making fire come out of their ears when they are angry, or adding a thought bubble above their head to give context to their mood. Little expressive details like this can make a big difference in drawing expressive characters.

7. Give your characters a “uniform.”

Have you ever noticed that cartoon characters often wear the same outfit? Part of this acts as their “branding” as a character, making them recognizable and iconic. It’s also just easier than giving your character a limitless wardrobe!

Give it a try: Assign your character a consistent look by giving them a signature outfit and hairstyle. You may find that with this structure in place, you have more freedom to really explore playing with their mannerisms and expression. Sometimes, adding self-imposed limits like this can actually free you up creatively.

Be patient. That’s probably not what you want to hear if you want to master drawing cartoon characters now, but it’s sage advice.

An example I often give is to look at Mickey Mouse in his early years. When you look at the iconic character later on, you see a lot of subtle refinements, and the earlier version looks unpolished. It’s not that the earlier version was bad or poorly rendered; it just took time for the cartoonists to refine the character into a perfect form. Allow yourself the room to let your cartoon people evolve over time. I wish someone had shared this tip with me when I first started drawing cartoon characters!

Developing and drawing cartoon people can take time. But by following the tips in this post, you’ll be well on your way to creating memorable and sustainable characters that might be with you for many years of cartoon-making.