It’s every quilter’s worst nightmare: you open up the washing machine to pull out your freshly washed creation for the first time, only to find that your reds and purples have bled all over your whites and lights. (Been there, done that!) It’s an awful feeling after putting so much work into a project, but thankfully it’s getting to be more of a thing of the past thanks to color catchers.

These store-bought sheets, found in the laundry aisle, soak up the dye sloshing around in your wash water and keep it from transferring to other fabrics. Having learned my lesson in previous projects, I now put three or four color catchers into my quilt loads when they contain previously unwashed fabrics. And so far, they’ve worked great.

For those who are looking to save some money, however, why not make your own? With only one main household ingredient, they’re a perfect little project to protect your fabrics while keeping unknown chemicals out of your washing machine.

Here’s an easy and cheap way to create your own DIY color catchers! 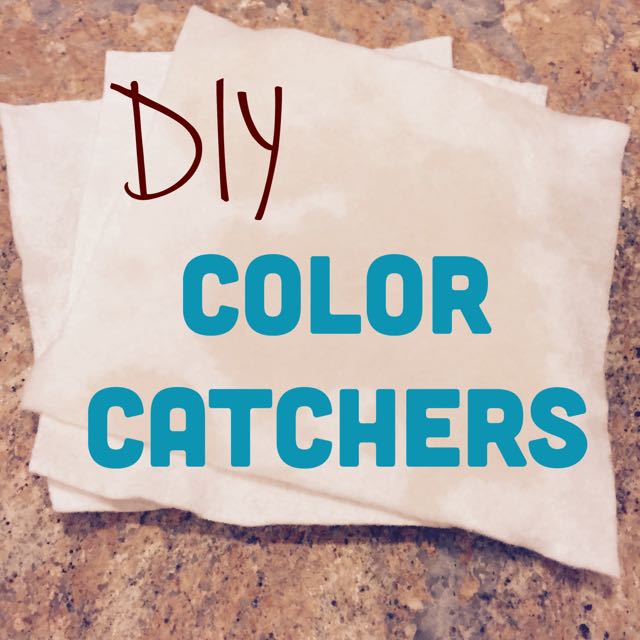 Science (and safety) lesson: How does it work?

The primary ingredient in a DIY color catcher is washing soda. Also known as sodium carbonate, washing soda (or soda ash) is a powerful cleaning agent, used for descaling bathroom surfaces and dissolving black junk on the bottoms of cooking pans. It’s a solvent that works by attracting dye and helping it bond to the fibers on the cloth of the color catcher, rather than the dye “floating” around in the water and being redeposited on other fabrics in unwanted places.

Please note that washing soda is NOT the same as baking soda, which is sodium bicarbonate. Washing soda is much, much more alkaline. It’s great for lifting stains out of fabrics — it’s also used for tie-dyeing to keep colors separate — but is also caustic and potentially irritating to skin, eyes and mucous membranes. Try not to touch it directly!

To make your own DIY color catchers, you’ll need the following:

In the large bowl, combine the water and the washing soda. Stir until all the soda has dissolved. 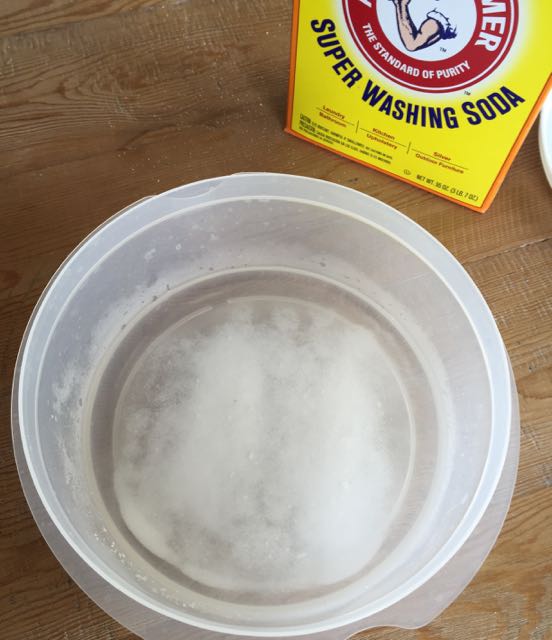 Place all the felt squares into the water solution and stir them until they are saturated with water. Using gloves or tongs, squeeze out the extra water and hang them to dry. 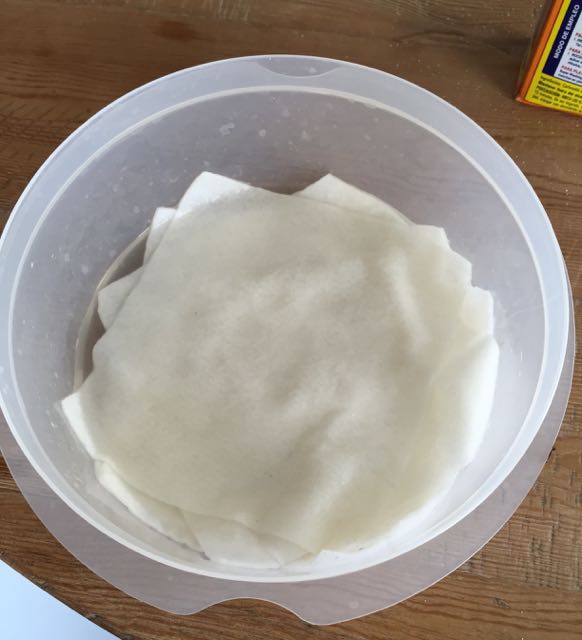 Step 4. Put them in the wash

Ta-da! Your DIY color catcher is now ready to be used in the wash with your quilts and other fabrics. They can be reused several times until they become saturated with color. If you wash a bunch of previously unwashed fabrics (particularly warm colors like red and yellow), you should be seeing some evidence of dye on the color catcher. If you don’t, this might be a sign that you need to increase the amount of washing soda in your original solution.

One Response to “Quilt or Dye: Make Your Own DIY Color Catcher!”