A few months ago I had that moment that no photographer ever wants to have. After a day of shooting photos (ones I was very excited about) I went to download them and the computer would not read the card. After trying a new card, a new card reader and a new camera, I discovered that I might not ever see those photos — my card had been corrupted. Based on the number of photos I take per year, I knew that statistically, it was very possible that this could happen to me. But now what?

Read on to learn more about digital photo recovery!

I typically do everything I can do keep my photography files safe. It starts with buying high-quality CF and SD cards. I always purchase SanDisk Extreme class 10 cards. They are relatively expensive compared to some other brands. I’ve also only had one of them corrupt on me in over a decade of use.

Next, I make sure to reformat them after every shoot. This way there is no extraneous data hanging out and causing problems. When I’m shooting something important that can not be reshot, like a wedding or a unique portrait, I will be sure to use multiple cards. I prefer to use 8 and 4 GB cards, instead of storing several thousand photos on one giant 64 GB card. This way, if I have a card corrupt or break, I only lose 15 percent of my images, instead of 100 percent. 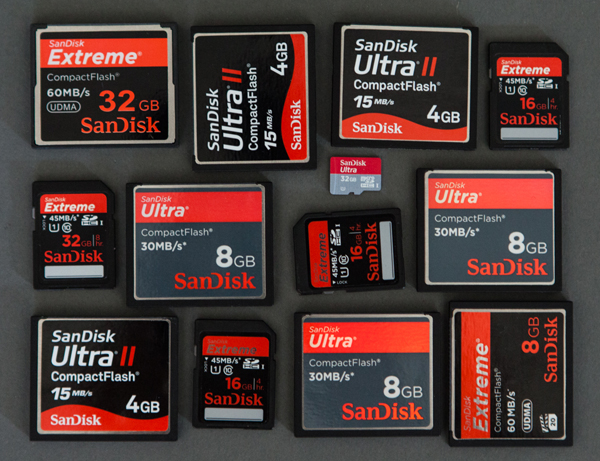 When a card corrupts

So, I took every possible precaution but still lost my memory card. At this point, I had to look for a way to recover as much as possible. After reading up on all my options I decided to give some new software a try. I downloaded PhotoRescue by DataRescue. They allowed you to see exactly what you could recover before you bought the paid version, so I thought there was little risk in trying. It turned out the PhotoRescue software found all of the photos I thought I had lost, which made the $29.95 completely worth it. The recovery effort was slow, but the RAW files were all intact and worked in Lightroom.

There are other similar rescue programs out there (try RecoverRX or Photorec) in addition to software made by the memory card manufacturers. It’s possible that your card came with software like Sandisk RescuPro or Lexar Image Rescue. These programs could also help with your recovery efforts.

Professional Photographers of America is also a helpful organization for recovering photos and helping you if you can’t recover. Joining them gives you access to customer service to help with recovery efforts and their Indemnification Insurance, which protects you in the event a client wants to sue over lost images due to memory card malfunction.

When a hard drive corrupts

Memory cards are one thing, hard drives are another possible point of failure. I like to keep duplicate photos on separate hard drives because there is always a chance that one hard drive will fail. There are more moving parts on a hard drive so many times, software is not an option for recovery. If you cannot recover the data yourself, you may have to take it in to a hardware professional. Companies like Salvage Data Recovery and Drive Savers are experts in getting your files back when your hard drive dies.

Streamline your post-processing with Adobe Lightroom and make it easier than ever! Learn essential editing and organization tips in Bluprint’s The Essential Guide to Lightroom class.
Enroll now!

Have you ever had a memory card corrupt or a hard drive die? What did you do?