Last night, like so many before, I made a meal that is arguably among the most popular foods in the typical American household: a simple pasta. With what I found in the fridge and freezer, I made a quick, classic Italian meat sauce using red onions, sausage, red wine and plenty of pecorino. The only pasta I happened to have in the house was bucatini, a spaghetti-like noodle with a hollow center.

When we went to eat the hearty pasta, the chunky sauce sank to the bottom of the pot while the bucatini stayed mostly dry and flavorless. Had there been orecchiette or even penne in the house, the dish would have been much more flavorful and cohesive. A pasta dish with a heavy, chunky and not very wet sauce needs a pasta that can sort of scoop up the sauce with its shape. 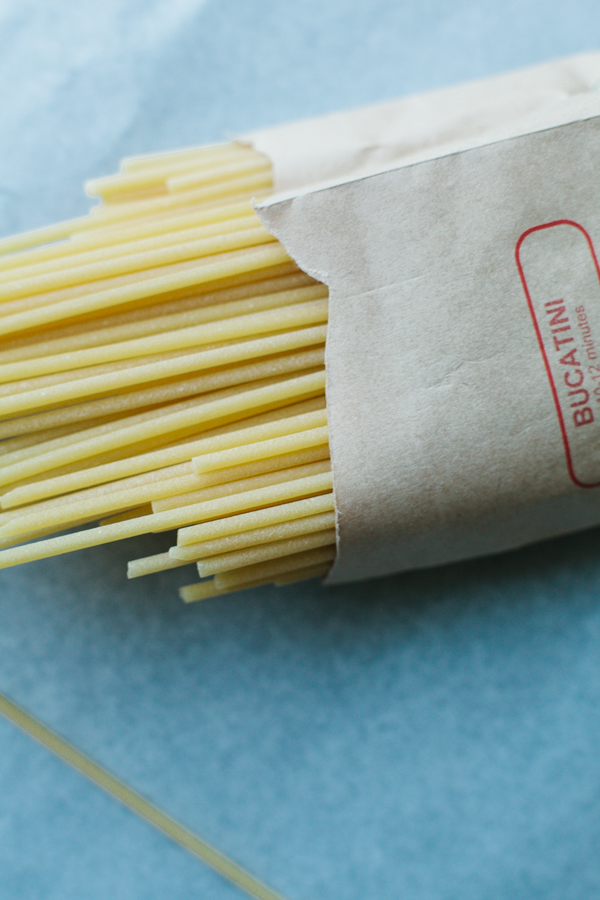 Caz Hildebrand wrote a book called The Geometry of Pasta. She was overwhelmed and confused by the variety of pasta shapes and figured there had to be a reason for them. “I started researching it, [and] it became clear that there certainly was a reason — that certain shapes went with certain sauces. And that once you were let into this deep secret, known only to Italians by osmosis or birthright, you could enjoy pasta far, far more than you ever thought possible,” she said in an interview with NPR. 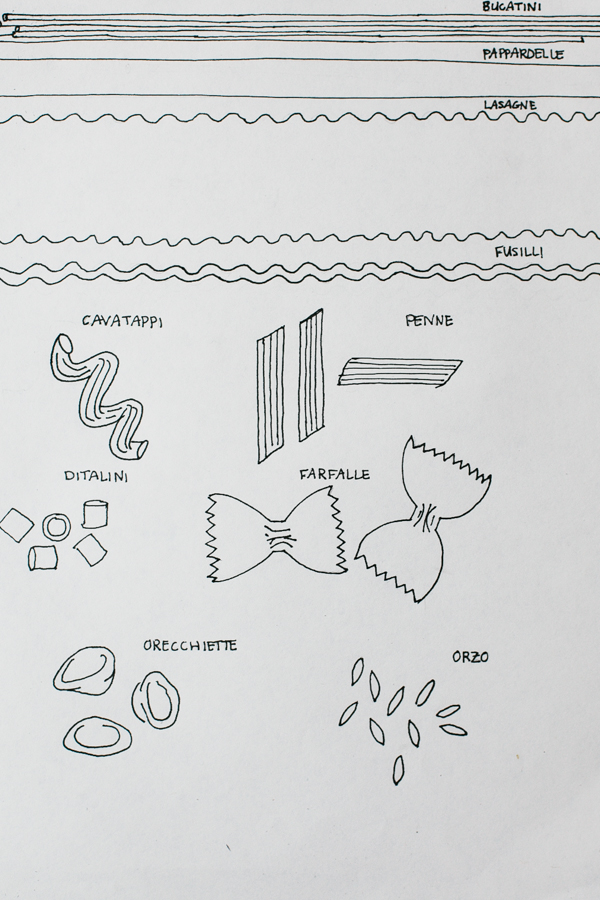 For the sake of my dinner last night and in hope that this information will save you from a flavorless noodle, let’s talk shapes and their purpose. We’ll stick to the basics here, but if you want to learn more about the purpose of the shapes and how to make homemade pasta, check out the Bluprint class Homemade Italian Pasta, taught by Giuliano Hazan, author of The Classic Pasta Cookbook.

If you have sauces that contain large pieces of meat and/or vegetables, you want a pasta that can grab the sauce as you reach for a bite. So something that has a large hollow shape, like orecchiette or penne.

A primer on the different pasta shapes and types 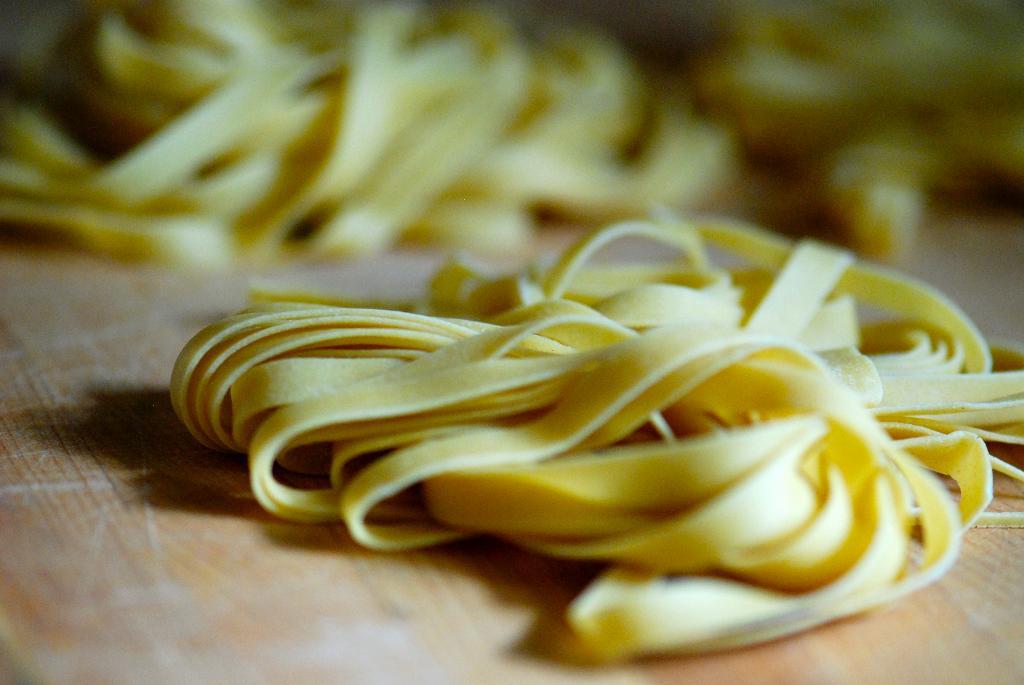 What it looks like: Similar to spaghetti but thicker and is hollow throughout.

Type of sauce to use: The narrow hollow running throughout the noodle is there to soak up some of the sauce. A hearty, but wet sauce is best so that it can run throughout the entire length of the noodle.

Type of sauce to use: This, of course, is used in making lasagne. It’s wide shape works beautifully for layering heavy meat sauces and cheese then baking it into a casserole.

Type of sauce to use: Often you’ll see heavy meat sauces associated with pappardelle. Fettuccini is a thinner version of pappardelle and then there is tagliatelle and linguine, which is essentially flattened spaghetti. As the noodles lighten and become smaller, so do the sauces.

Type of sauce to use: A flavorful sauce that’s not too chunky, such as a pesto, that can wrap around all the curves of the pasta.

These are often short noodles with a hollow center. They are pushed out of a pasta machine and can be quite small like macaroni or ditalini, or larger like penne or manicotti.

Shaped pastas are often made by hand from a large sheet of thinly rolled dough.

What it looks like: A short, corkscrew shaped macaroni.

Type of sauce to use: Flavorful pestos.

Type of sauce to use: Rich, meaty sauce. The sauce will grab onto the hollow in the center and also the ridges on the exterior of the pasta help the sauce to cling.

Type of sauce to use: Often these will be found in hearty soups.

Type of sauce to use: This pasta works well in a pasta salad with fresh greens and lots of chunky roasted vegetables. 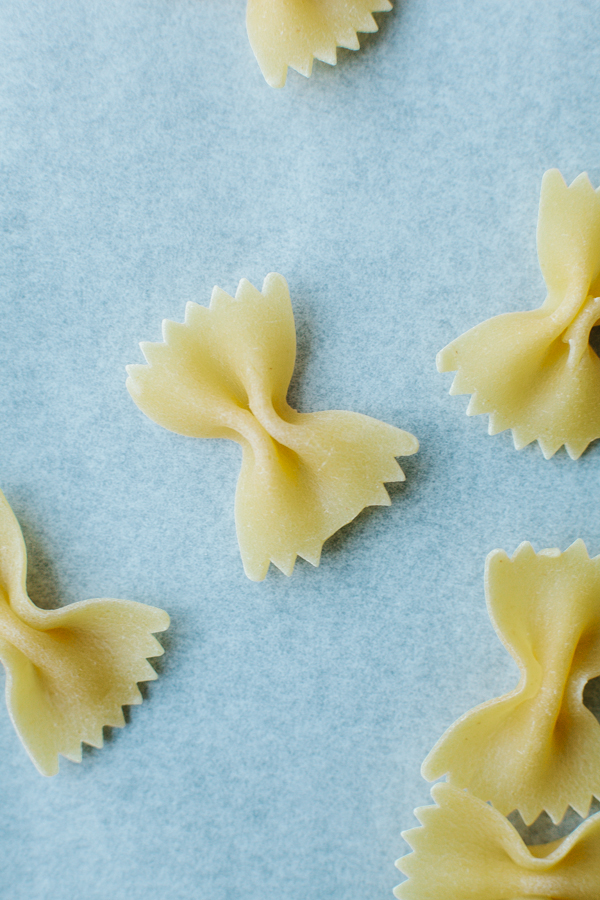 What it looks like: Literally means “little ears”. They are a hand formed pasta that is thick and has a rounded divot in the center.

Type of sauce to use: Great in chunky soups or with a hearty sauce.

Type of sauce to use: A light sauce works well here. Also great in soups or served under protein. 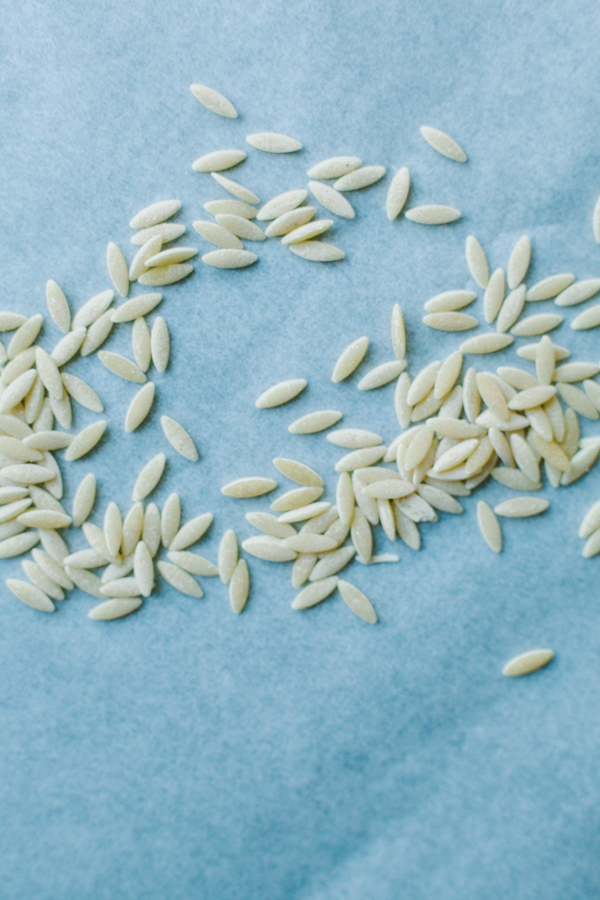 To learn how to make Italian pasta from scratch with expert guidance, be sure to check out Giuliano’s class Homemade Italian Pasta. You might also enjoy our recipes for Alfredo sauce and spaghetti alle vongole.

I’ve only touched on a small portion of the many different types of pasta. What did I miss? What are some of your favorites?