The great thing about art is that there are countless ways to express what you see and feel. Of course, you can draw something exactly as you witness it, but what about if it’s slightly askew? Or, even totally abstract? 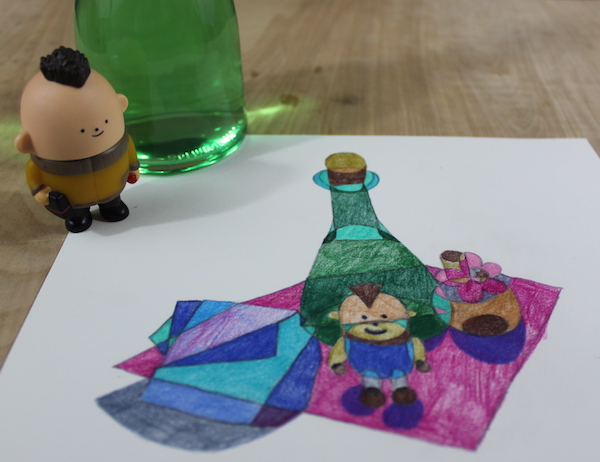 You might already be familiar with the term cubism. If you’ve ever seen Pablo Picasso’s paintings of fractured figures and objects, then you know what it is. Cubism was created in Paris between 1907 and 1914 by Picasso and George Braque, and it’s considered one of the most influential visual art styles of the early 20th century. Painters rejected the inherited idea that art should copy nature or tradition in terms of perspective, modeling and foreshortening. We’re about to follow in their footsteps! 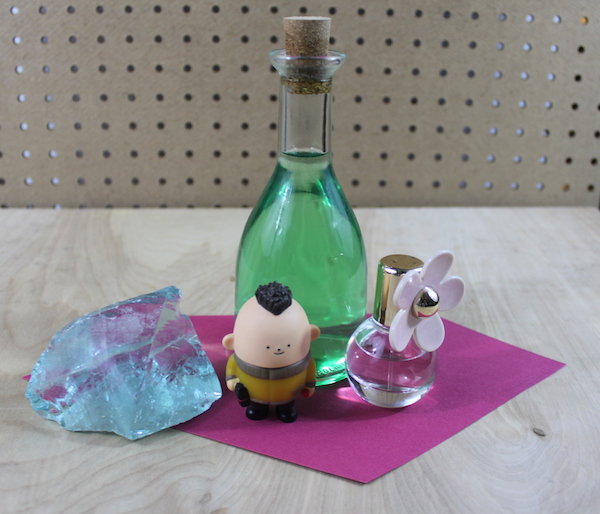 I’ve gathered a few objects and set up a small still life. A lot of these pieces are rounded, but instead of drawing every curve we will flatten them into geometric shapes. Some will include circles, but we’ll also use rectangles, triangles and squares, too. We’re using really basic shapes that you’ve known all along to create a complex design. Each of these elements will look unimpressive on their own, but once when they’re together, it creates something magnificent.

To visualize how I’m breaking up the objects (such as this small boy figurine), here’s my sketch: 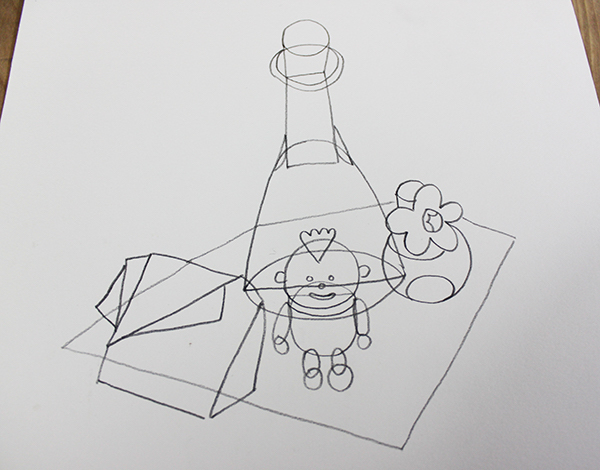 I simplified the boy by turning his head into and circle, ears into the letter D, and arms into small ovals. To do this, think about each part of an object: What makes it look that way? I know, for instance, that a boy’s head is round, which is why I drew the circle. The neck of this bottle is long and thin, and so to flatten it, I drew a long rectangle that connects to other shapes. 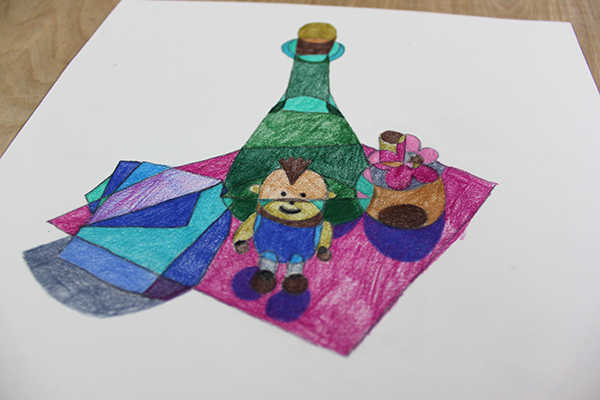 Don’t be afraid to capture different planes. We see that the bottle is clear(ish), and I can see its insides. Instead of only drawing the outside, I also included the circular bottom and just added it on top of my other shapes. Remember, we’re not only flattening shapes, but planes too. If you see multiple angles or something, feel free to draw all of them on top of each other.

Think about elements of design 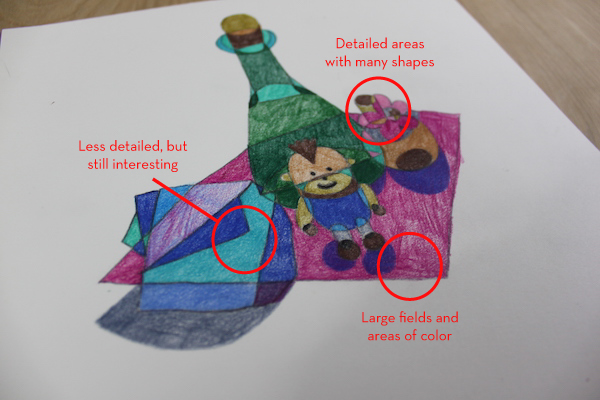 A composition needs balance. You shouldn’t have all tiny details throughout your drawing — it gets exhausting for the viewer! Strive to create an image that is part detailed and part large, solid shapes. The difference between details and scale create visual tension (in a good way) that’s exciting for your eye. 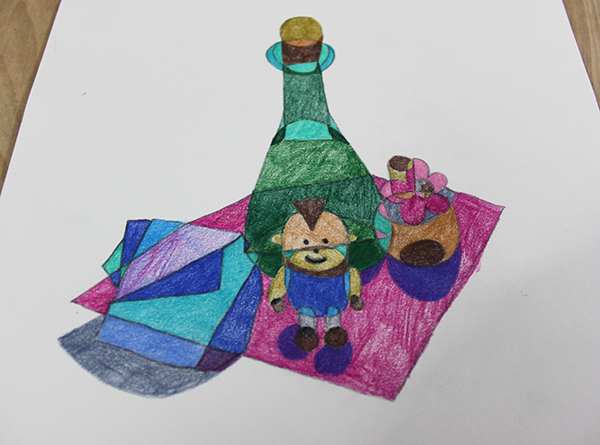 And remember, it’s your drawing, and you have the final say on how it looks. Maybe something is oddly shaped and looks bad. You don’t have to include it! This is an abstracted work of art, and we won’t judge it for not looking realistic. Instead, we’ll assess it from a design point of view. Is it aesthetically pleasing?

Applications for this style 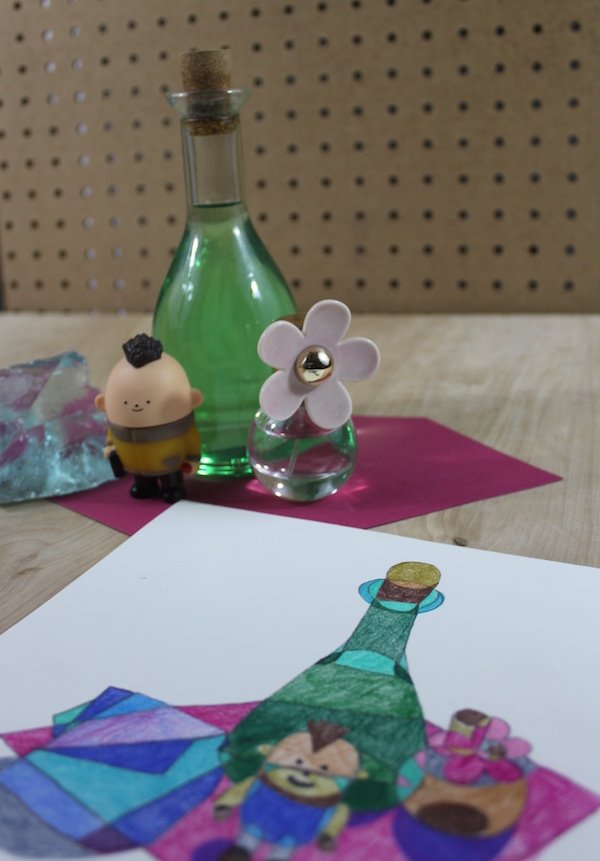 There are many different ways to apply cubist drawings to your work. You can paint the image, shade it with graphite, or even cut up shapes and make a cut-paper collage! Here, I’ve made a colored pencil drawing and shaded each element differently. Use the materials that you’re comfortable with to make your art awesome!