Sure, you could take a simple, head-on portrait, and it will likely turn out beautifully. Sometimes, simple is what a client wants. But there is more to taking a portrait than capturing a straight on head-shot, and thinking outside the box can accelerate your portrait potential.

You can create an interesting angle by getting a little above your model. This can be done by standing on a step stool or having your model sit or kneel while positioning yourself above them. Shooting from above can provide a sharp chin line and allow the eyes to be more piercing. 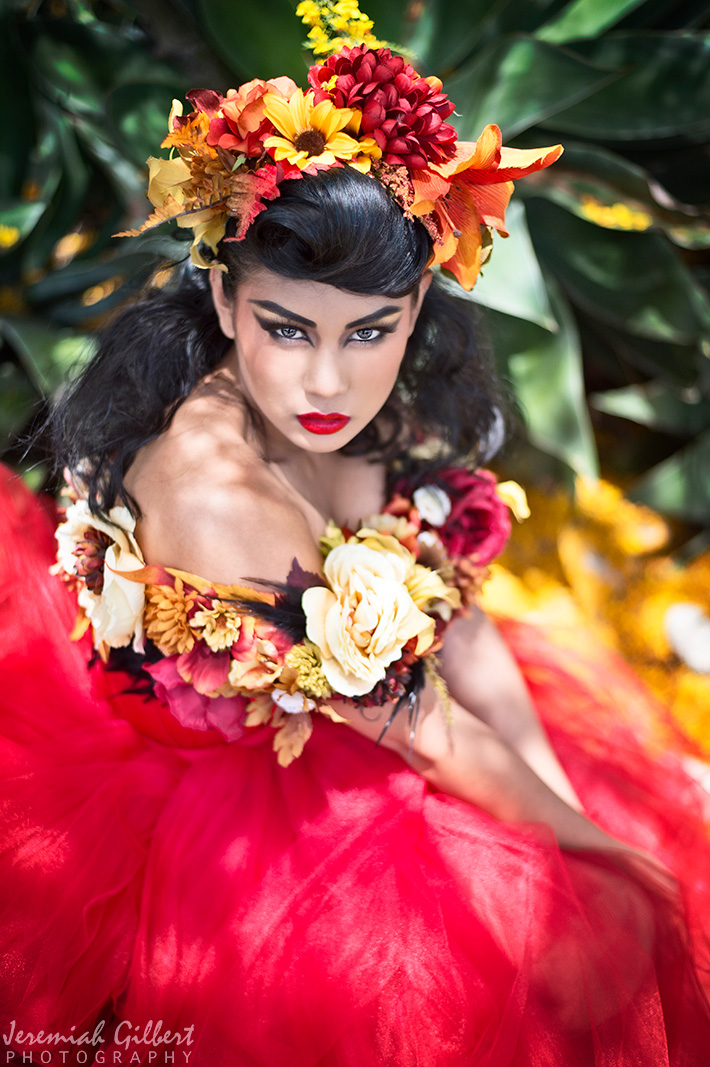 For the photo above, I had the model kneel while I positioned myself slightly above her. I shot this with a 50mm lens, so I was not too close but also didn’t need to get too far above to capture this angle.

Shooting your model upside down forces the eye to look with a new perspective, as this is not how one is used to seeing a portrait. Using this perspective can draw the viewer’s eyes to something that they may not have focused on in a conventional portrait. 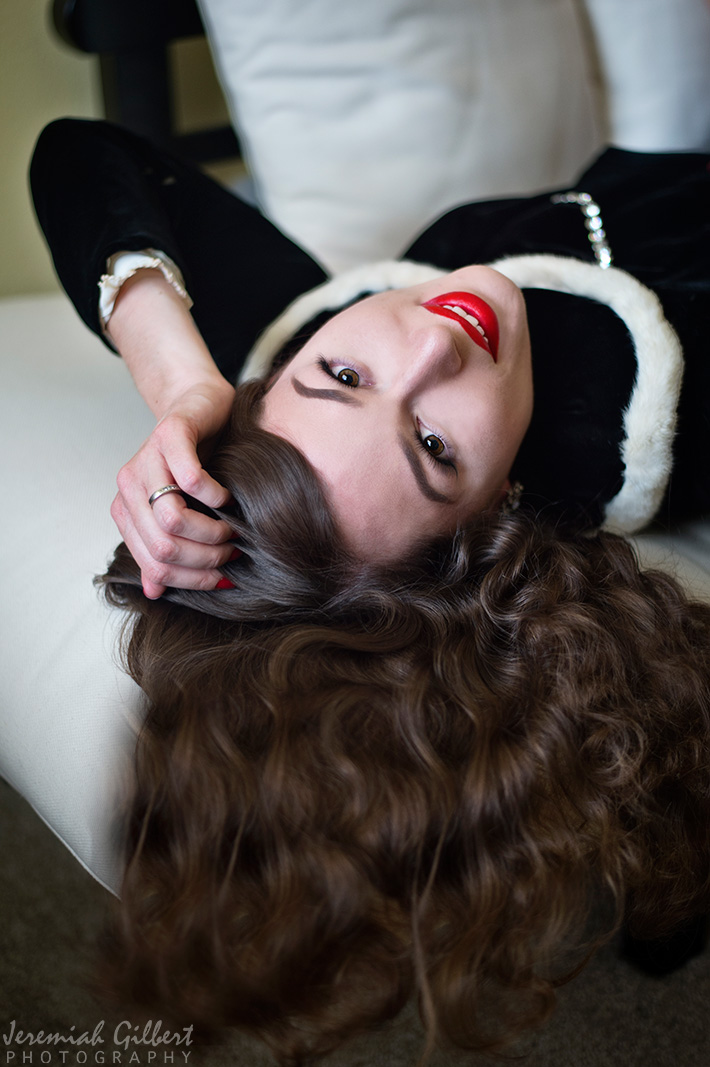 For this shot, I had the model lie on a sofa and slightly lower her head over the edge while I shot a little above her. Notice how the eye is drawn both to her eyes and to the details in her hair.

The focus of a portrait should of course be your model, but that doesn’t mean that you can’t add an extra dimension by placing them in front of a textured background. Such a background can provide more for the eye to explore and can also add some depth to the shot. 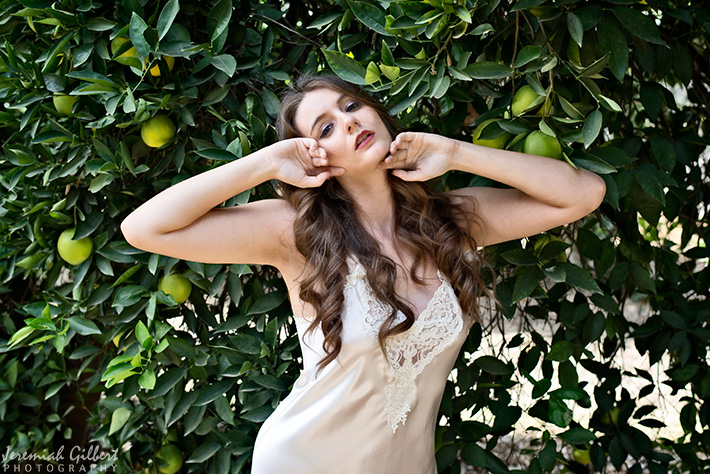 There are many orange groves near where I live, which I thought would add an extra element to this shot. While the focus is still on the model, there is an additional visual component created by placing her in the grove and letting the eye explore more than the center.

Portraits do not have to be static. Adding a sense of motion can create an unexpected element to the shot or even a bit of whimsy. This could be done by bringing in a fan to gently blow hair or having the model twirl to swing her dress. 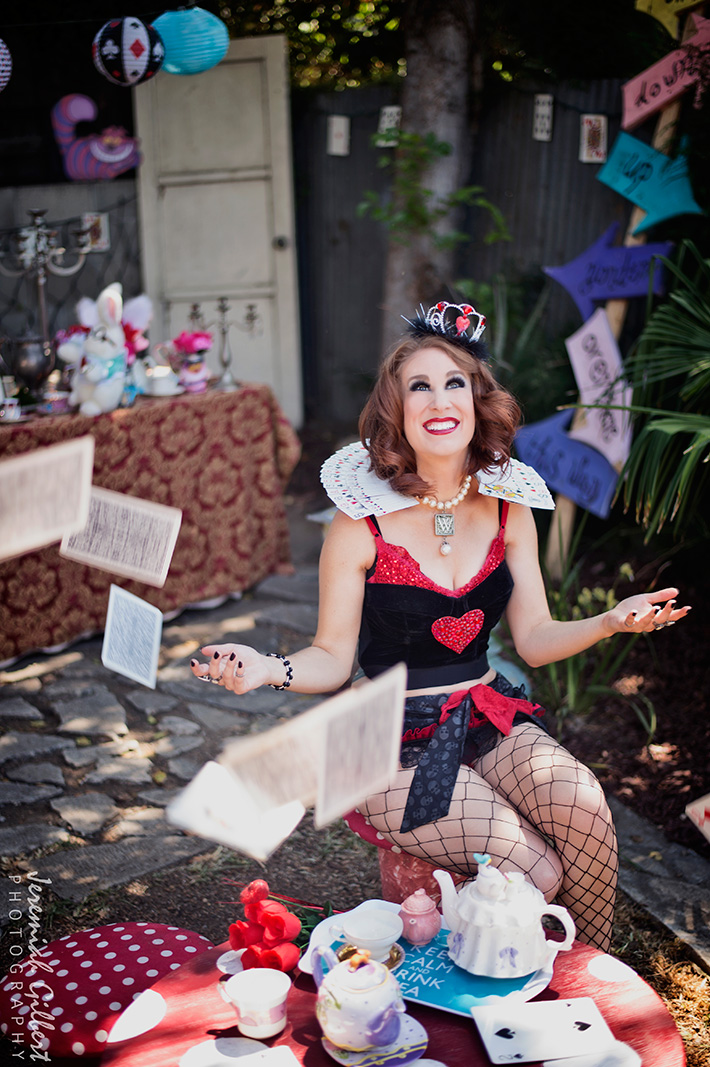 For this photo, I was working on an Alice in Wonderland–themed shoot and noticed that there were some large playing cards at hand. By having the model toss the cards in the air, I was able to capture them in flight while keeping her still, adding both depth and whimsy to the shot.

Often one thinks of portraits as being either head-shots or three-quarter body shots. However, one can still capture a portrait when shooting the model’s full body. The benefit of such a shot is that it includes both the model’s outfit and surroundings. 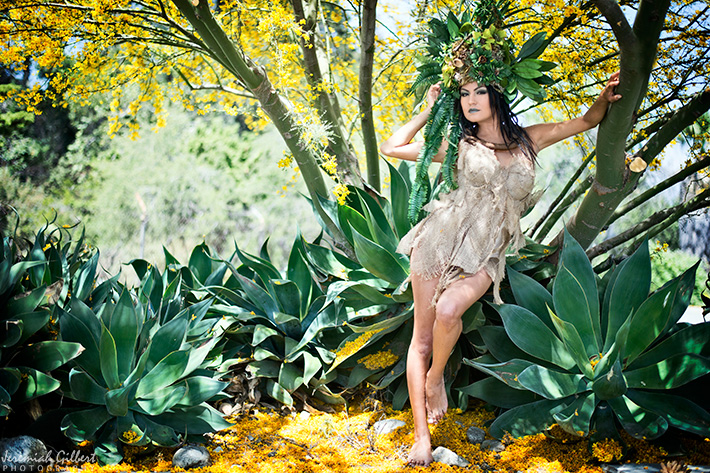 One of the things I love about shooting a full body portrait is that it allows me to use the model as part of the overall composition. The challenge is to ensure that the composition still focuses on the model, without letting her get lost in all of the added elements.

You can incorporate shadows to make your portraits stand out. This can be accomplished by using dramatic lighting that keeps some of the face in shadow or by using something as common as a window blind. 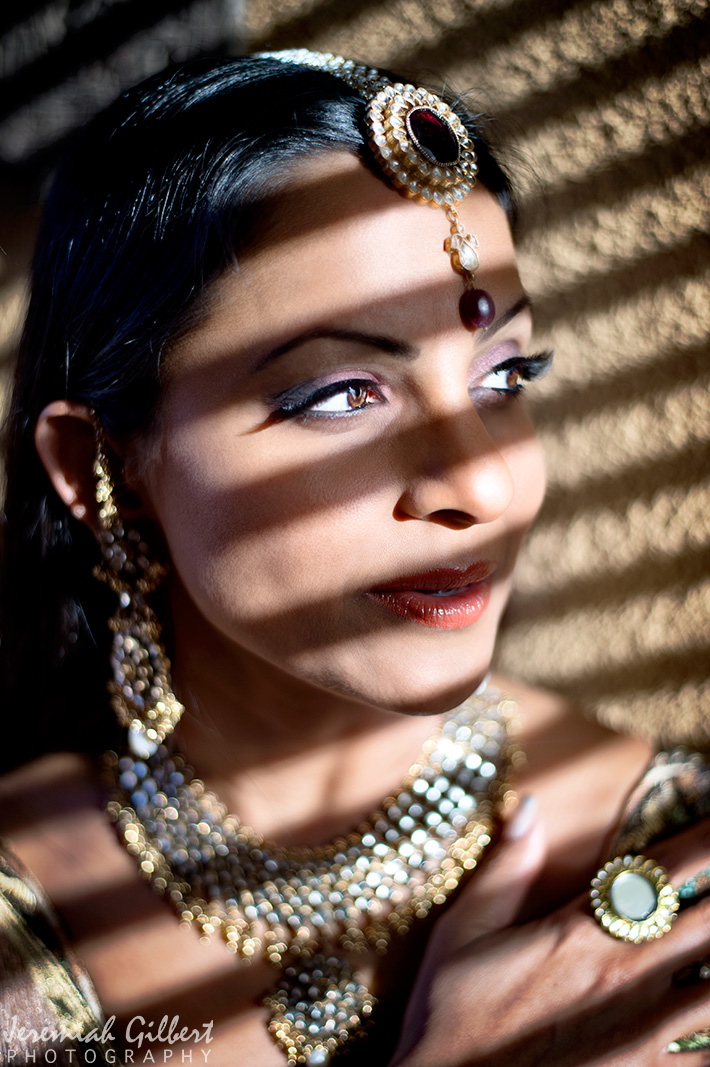 This photo was taken using the shadows from a blind on a door that was between the model and the light source. Notice how the lines across the model’s face are spaced differently than those in the background, giving a sense of depth. I also made sure to keep the eyes out of the shadows to give them an extra pop.

It should be noted that all of the photos in this post were taken on location, not in studio. Also, all of the photos used natural light, meaning there is nothing special needed or preventing you from trying any of these creative portrait photography tips during your next shoot.