For everything from furniture to small accessories to built-ins, cherry is a top class wood. To use it artfully, however, you have to appreciate its variations and idiosyncrasies. Read on to discover the unique characteristics of cherry wood.

Let’s start at the bench where cherry is an all-star wood — it works exceptionally well with hand tools. Its fine, diffuse porous texture and general lack of interlocked grain makes it a joy to hand plane. A sharp blade in a well-tuned smoothing plane will leave a surface that requires no further work and is unmatched by even the finest sanding. Sawing, chiseling and gluing also go well. 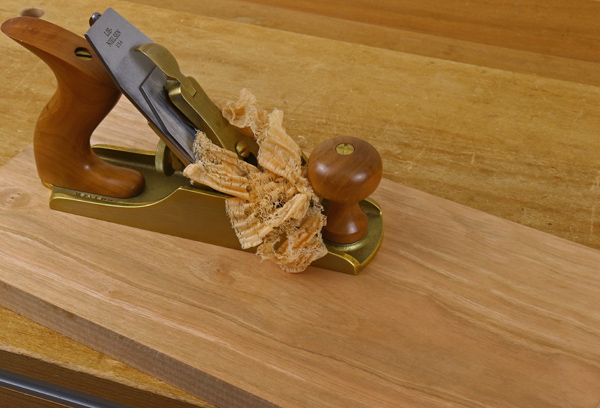 The only difficulty likely to be encountered in smooth planing cherry is very shallow tearout with curly figure and on some quartered surfaces with fine ray fleck. A high attack angle and skewing will help, and scraping is an alternative.

Machining is not a problem on the jointer, planer and bandsaw. Cherry is notorious, however, for producing burn marks when ripping on the table saw. Helpful are a sharp blade that is free of pitch and adequate power in the saw to allow a good steady feed rate.

The density and hardness of cherry, slightly less than black walnut, are Goldilocks right for pleasant woodworking and durability of the finished piece. Cherry’s reputation for stability after drying is represented by modest shrinkage values of 3.7% radial, 7.1% tangential and 11.5% volumetric, but note that the T/R is 1.9, so freshly dimensioned flatsawn cherry will tend to cup with humidity changes more than walnut, which has a T/R of 1.4.

American black cherry, Prunus serotina, grows in the eastern half of the U.S., especially Pennsylvania and surrounding areas. Trees in the wild, not from orchards, produce plenty of widely available lumber in large, mostly clear boards.

The photo at the top of this post depicts, to me, quintessential freshly planed cherry wood: flatsawn, which is cherry at its best, with subtly wavy annual ring figure that is distinct but not overpowering, a few spots and flecks (which I will discuss later), and an almost indefinable delightful reddish color. But wait, there’s more.

Is this a bad thing? No! The rich rust red color of aged cherry is lovely, and prized by the maker and owner of the piece. The woodworker-designer, however, must anticipate the eventual color of cherry, particularly when pairing it with another species. For example, the initial contrast of cherry with maple is fairly modest but eventually will be quite strong. The photo below shows a freshly planed small piece in front of a partially aged board. 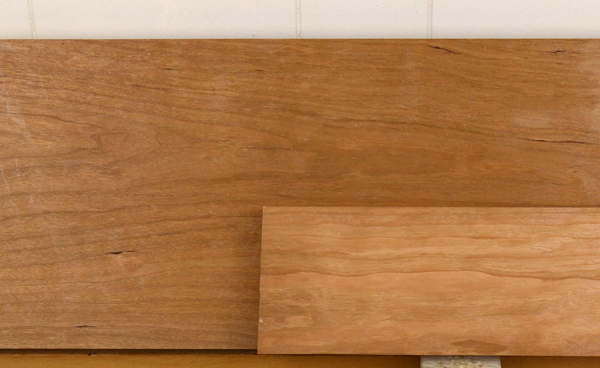 Also, cherry sapwood will never darken nearly enough to match the heartwood. Attempts to stain the sapwood to match the changing heartwood are, in my opinion, counterproductive. It is better to use the sapwood as a design feature with its own value or simply not include it at all.  The board pictured below (which also has curly figure) shows the contrast. 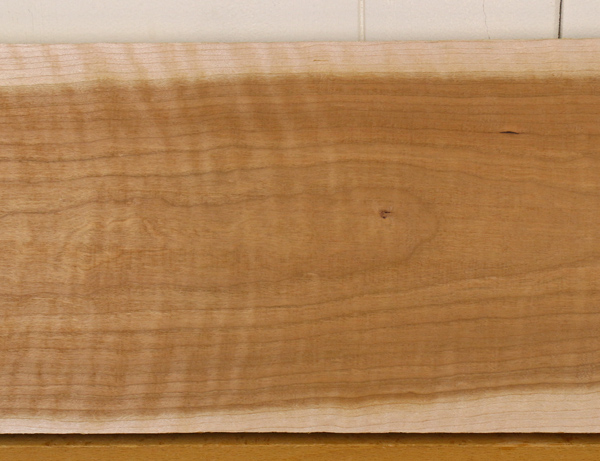 Cherry also has various features that add to its charm. Dark gum streaks, pictured below, are generally found sparsely but in some boards are very prominent. Pin knots, pictured in the next photo below, are nearly ubiquitous in cherry, but unlike large knots in other species, do not, to my eye, detract at all from the wood’s appearance. Rather, along with gum streaks, they add to its character. 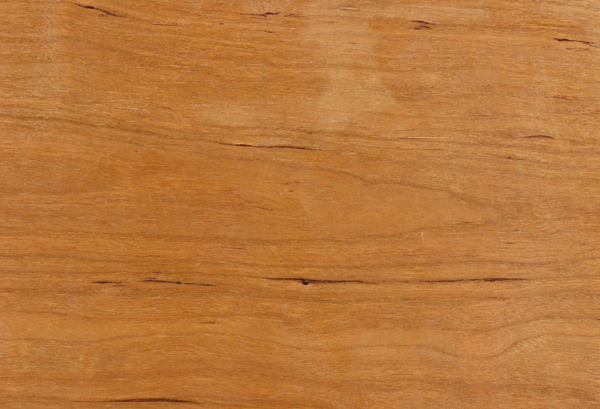 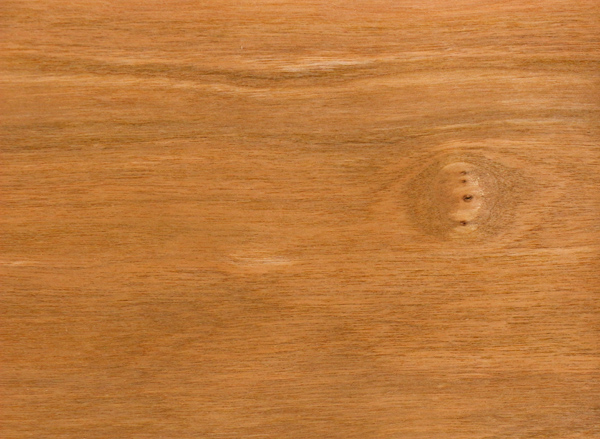 An occasional board will show a few annual rings with a fascinating greenish tint usually in somewhat coarser ring figure. Riftsawn boards are excellent for shaped table legs. The annual line figure complements the design shape without overwhelming it. For broad surfaces such as cabinetry and panels, flatsawn is the best choice and the most available. The quartered surface of cherry shows a fine ray fleck figure, which some people like.

As much as I love curly figure in maple, walnut and other species, curly cherry is a mixed bag. At its best, it has a wide, fairly consistent tiger curl (as in the board pictured above, and, partly varnished, below) and is gorgeous. Unfortunately, some “curly” cherry is, in my opinion, little more than very blotchy cherry and is not attractive. 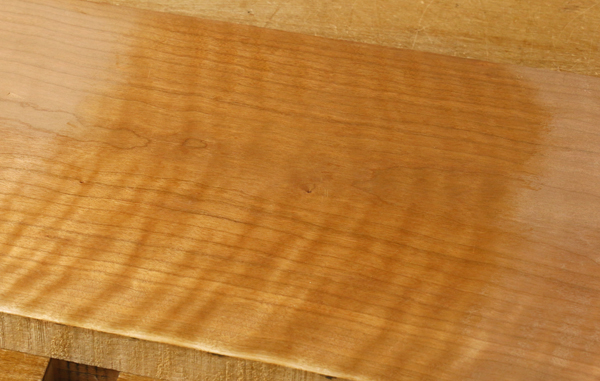 The blotchy issue and finishing

Many cherry boards have noticeable patchy areas of uneven color depth due to a very slight waviness in the grain. If the “waves” are frequent, regular and steep, a desirable “curly” figure is produced. This appearance is due to the differences in light reflections where the wood fibers meet the surface at an angle in the rising or falling wave or more tangentially at the crest of the wave. However, if the waves are more randomly dispersed, an undesirable blotchy appearance is produced. This is accentuated with oil finishes and stains.

The woodworker must be judicious in selecting boards for a project in cherry more so than with most species. A little blotchiness is inevitable and not an aesthetic problem, and boards even from the same tree will vary in color, but look for as much consistency as possible.

As for finishing, test and choose based on the specific boards you are using. Gel varnish, which is easy to use, will produce a great look and less blotching. A wash coat of shellac prior to other finishes may help. For some great advice on an excellent shellac and wax finish for cherry, see our post on finishing cherry wood.

Do you fear finishing your woodworking projects? Bluprint is here to help! Sign up for our FREE mini-class Flawless Finishing to discover the techniques you need to confidentially finish ANY piece.

It’s a great wood, but has cherry brought some surprising difficulties for you?