Chalk lettering isn’t quite as simple as scrawling something on a classroom chalkboard, but it’s a fun medium and style to play around with. There are so many variations and styles you can try once you have the basics mastered. 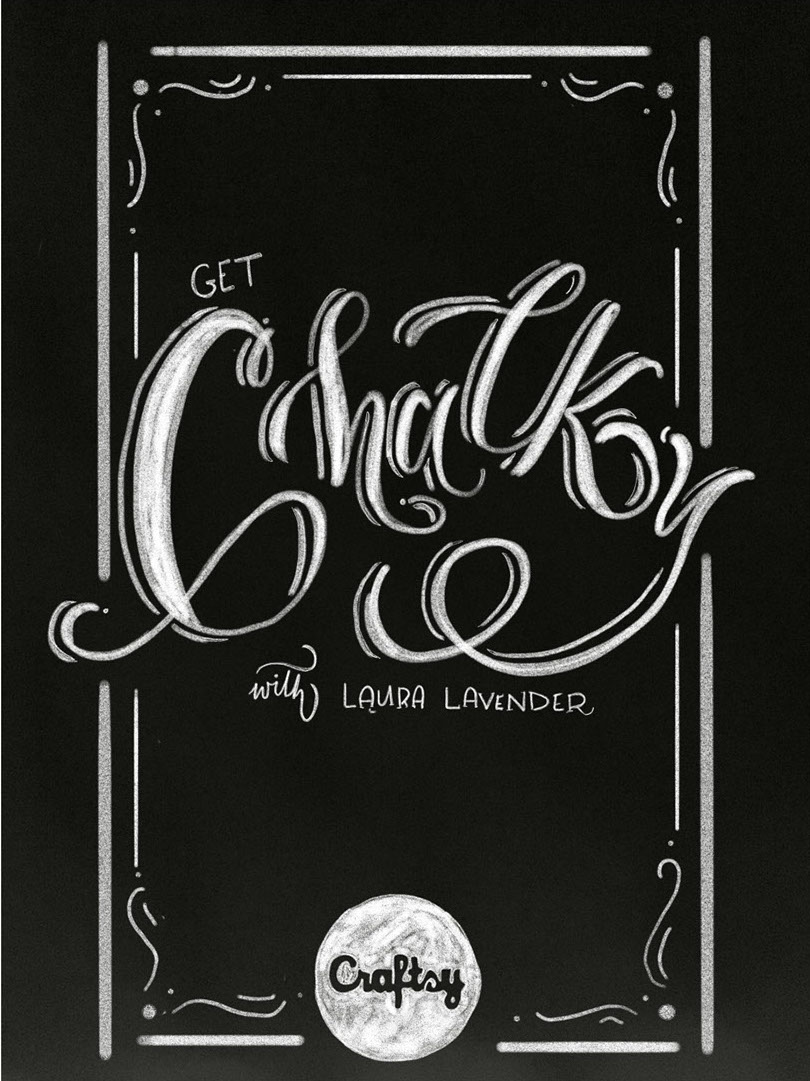 Every chalk artist has their own unique twists of the chalk, but there are a few common elements that really characterize this trendy style. These elements can be used in a number of ways to add that “chalky” look to your project.

For chalk lettering, all you really need is a nice piece of sharp chalk and a blackboard. But there are a few additional tools that can make the job easier:

Why write in chalk?

Unlike with some other writing mediums, chalk gives you great contrast between the dark blackboard and the white chalk. Use this contrast to your advantage to create eye-popping results!

Chalk is by nature an impermanent material. This is a great advantage to you as an artist, as you can repeatedly work on your design until it is perfect. This impermanent quality makes it easy to jump right into chalk work.

These days, chalkboard anything is very easy to find! Additionally, with the availability of chalkboard paint, anything or anywhere can become a chalkboard, so you’ll have no shortage of surfaces to write on.

No great expenditure is required to get into chalk art, so it is an affordable way to try hand lettering.5.

Unlike some inks, chalk is a safe material, even for children.

You don’t actually need to use chalk to achieve a chalk-inspired style. Chalk style can be incorporated into many different projects using a variety of mediums:

Before you begin, prepare your surface

If you plan to use a freshly painted black surface or just cleaned chalkboard, be sure to prepare it. Before you begin on, lightly rub the whole thing down with some chalk dust. This will actually give you a smoother writing surface. 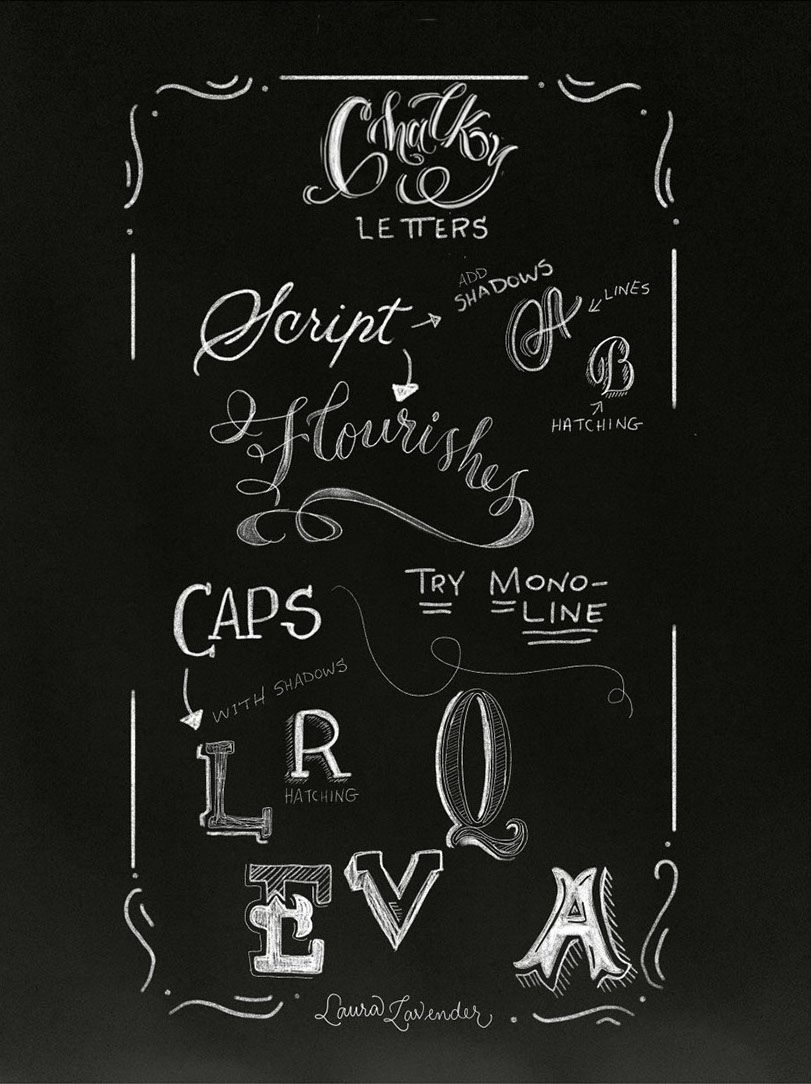 The above illustration shows a variety of chalk style lettering that could be incorporated into a project to give a “chalky” feel! Here’s what I’ve included, starting from the top: 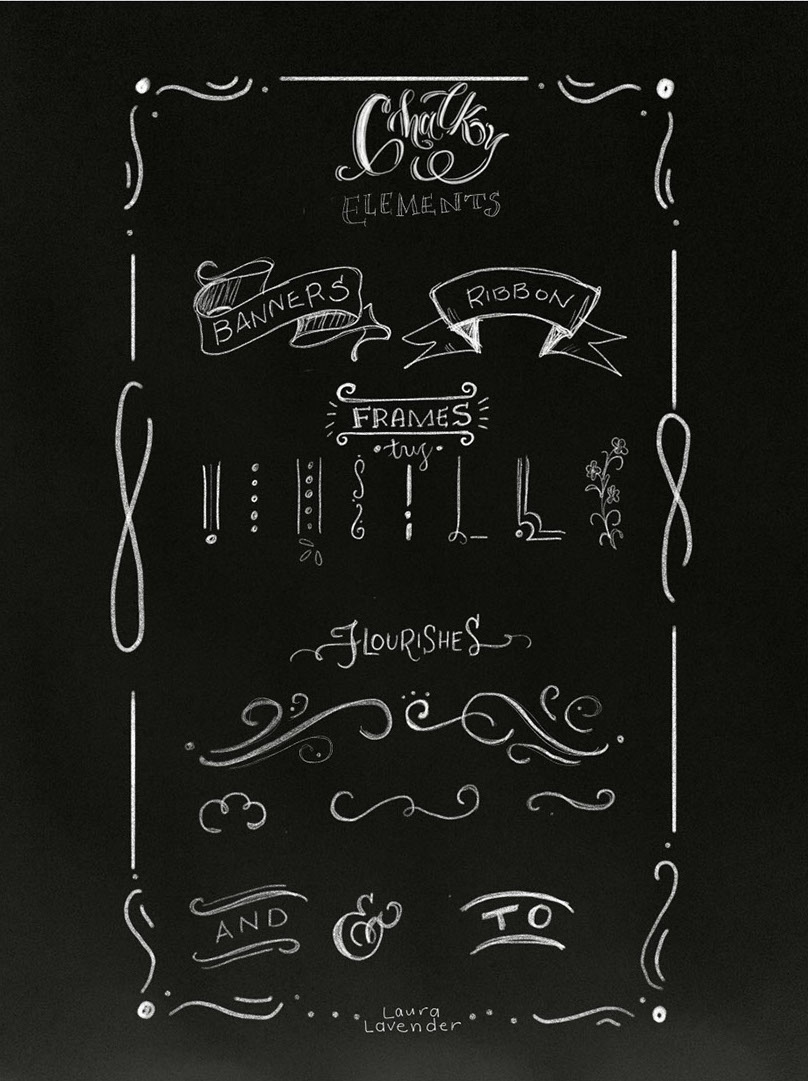 The above illustration shows some stylistic details that really give your work a chalky feel. Here’s what I’ve included, starting from the top of the illustration. 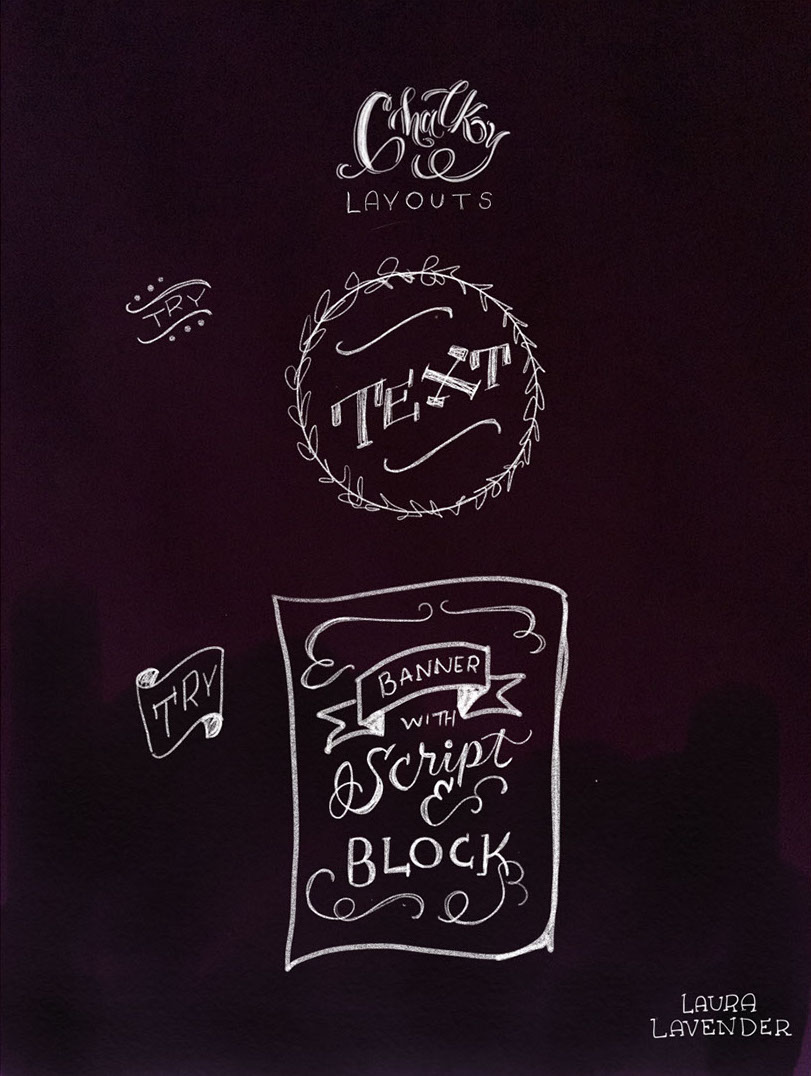 This last illustration shows two classic chalk layouts! For the first design, try a wreath. Lay out your text at an angle, and make the wreath as elaborate as you like. Here, I used a simple stylized laurel wreath, but a blossoming floral wreath would be nice, too.

For the second design, I went with a tried-and-true chalk layout of a banner, with script and block letters. Add some flourishes for a finishing touch!

Remember, chalk lettering doesn’t have to be done with chalk at all.

For that traditional chalk look without the chalk dust, try white paint pens on black paper. For a more permanent piece, try black stretched canvas. Black painted wood is great too, and has nice texture.

Chalk lettering doesn’t have to mean white on black.

These elements can be used in any number of colors, as long as there is high contrast. How about white lettering on dark purple? Perhaps dark blue on yellow? Rainbow lettering on black? The options are endless! 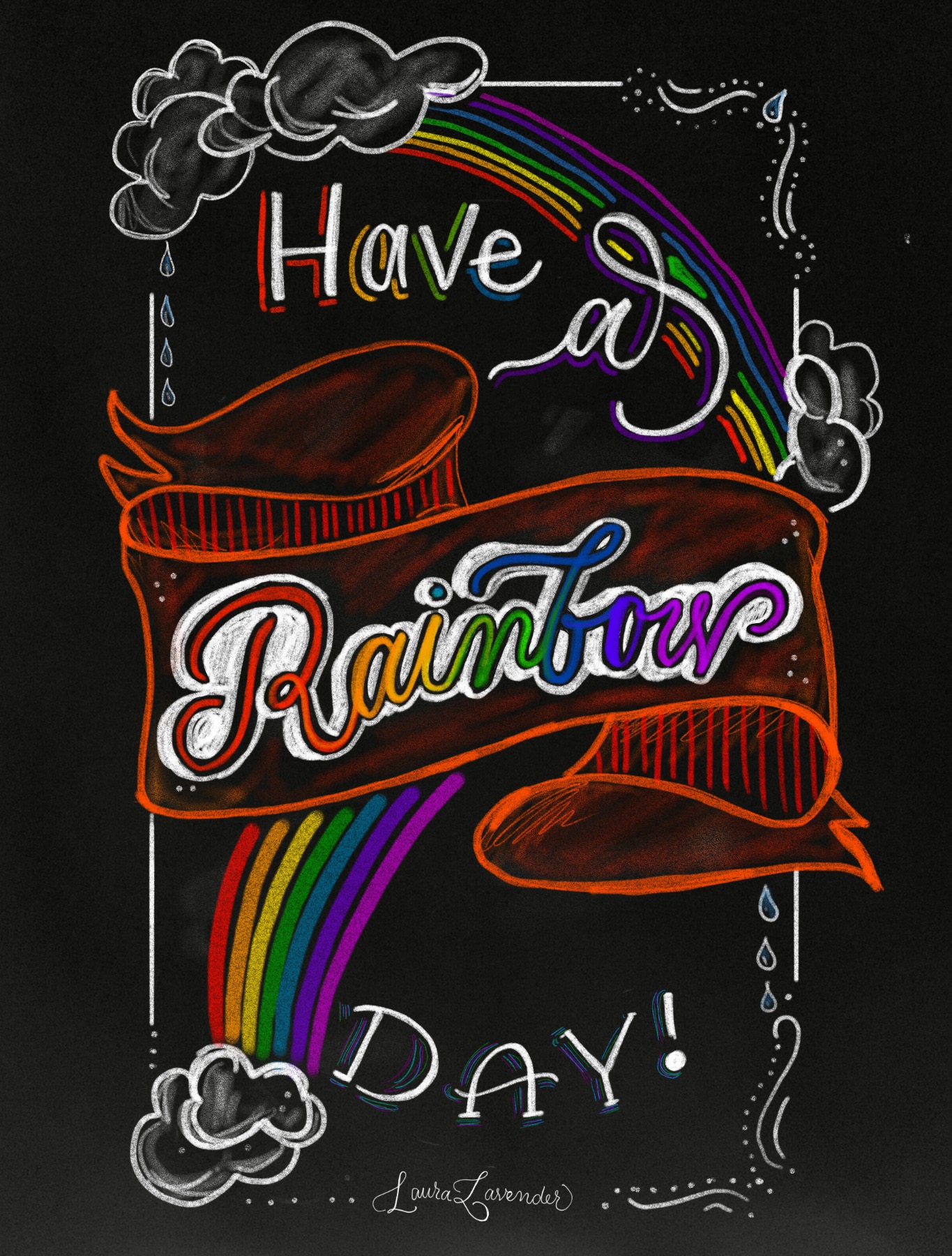