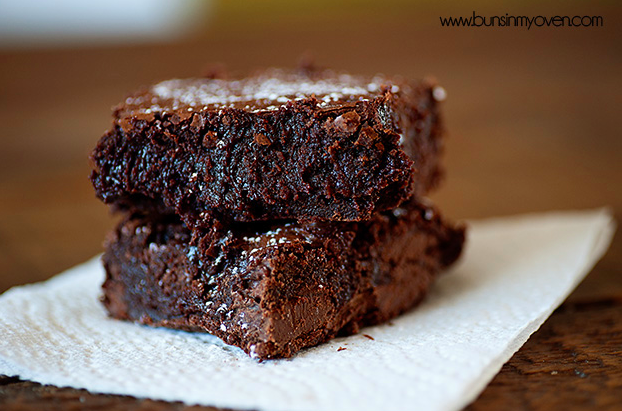 Photo via Buns in My Oven

Everyone has different opinions when it comes to brownies. I think we can agree that most people love a good brownie, but agreeing on just what constitutes a good brownie can be difficult!

All brownies start with the same basic steps.

Flour, chocolate, sugar, eggs, and butter are the staples of any good brownie recipe. The difference in the amount of each is what will change the recipe to create a fudgy or cake like brownie.

Don’t overmix your brownies! Stir your ingredients together until they’re just combined.

Use aluminum or glass baking dishes. Dark dishes cause over-browning. 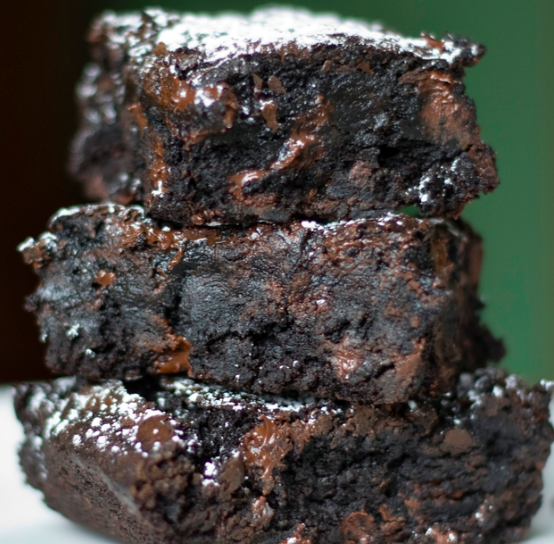 Photo via Buns In My Oven
I’m a brownie purist. Bring on the fudgy brownies!

Making fudgy brownies is, in my opinion, the right thing to do. I won’t judge you if you opt for the cake like version, though. At least, not out loud where you can hear me.

Fudge brownies have a small amount of flour compared to the other ingredients. Often times, you’ll find no leavening agent in the recipe at all.

Melting the butter before adding it to the other ingredients also creates a fudgier brownie.

If your brownie recipe yields a more cake like brownie and you feel like experimenting, try reducing the flour in your recipe by one-third to one-fourth and see what happens. The result should be a decadent, fudgy brownie. 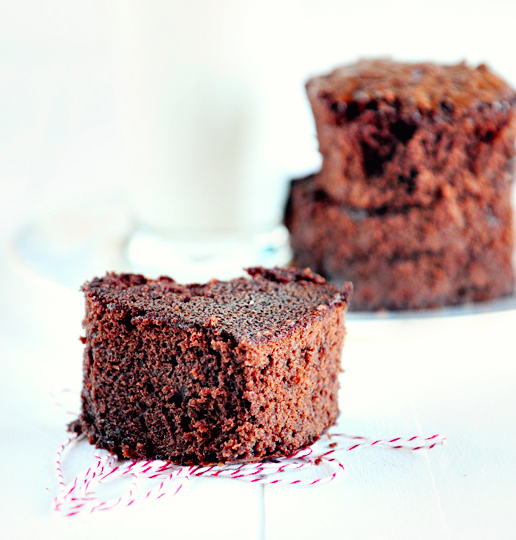 If you prefer a cakey brownie, let’s reverse some of the tips above. Add a bit of baking powder to make your recipe softer and lighter.

Rather than melt the butter for your brownies, cream it with the sugar the same way you would if you were making cookies. Creaming produces a lighter texture.

What about chewy brownies?

The number of eggs you use is going to directly affect the amount of “chew” your brownies have. The more eggs, the chewier your brownie. 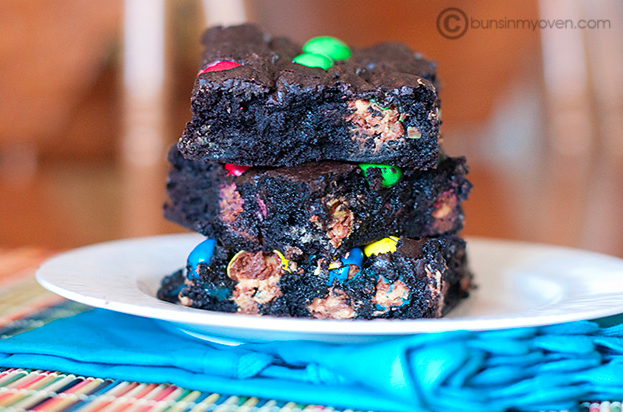 Make the brownies your own by adding a variety of mix-ins!

I’m a big fan of doctoring up my favorite brownie recipe. I’ve added all kinds of things from dulce de leche, to m&m candies, to peanut butter, to Nutella. The list goes on and on.

The texture will change a bit depending on what you mix in (or leave out) of a brownie recipe. If your favorite recipe calls for nuts and you’re not a fan, just leave them out or replace them with something else.

Those mini caramel baking bits are a fabulous addition to any brownie recipe! Give them a try and see how your favorite recipe transforms with just one simple addition.

As I mentioned above, glass or aluminum pans are the best. Darker colored pans will cause your brownies to bake faster.

For brownies, I always line my pan with parchment paper and leave an inch or two hanging over each side. This makes it simple to just remove the entire block of brownies from the pan and cut them into nice, even squares.

Be sure to use the correct pan size! Using a 9×13 pan on a recipe that calls for an 8×8 pan is going to result in thin, crisper brownies. Alternately, using a smaller pan than called for will result in thicker brownies, making it difficult to get the centers cooked through without overbaking the edges.

How do I tell when my brownies are done?

No one likes an overcooked brownie and I’d even go so far to say that most of us prefer brownies just slightly underdone.

You’ll see that most recipes call for sticking a tester in the center of the brownies to check for doneness. My mother in law, who can make a mean brownie, taught me to test just a couple inches from the edge of the pan. I’ve found that this method works better for getting slightly gooey brownies that set just perfectly.

Over-baking by even a minute or two will cause your brownies to get dry and harden up a bit.

Set your timer for 5 minutes before the recipe states and start testing every minute from that point on. As soon as you have just a few wet crumbs clinging to your tester, it’s time to remove your brownies from the oven.

Let them cool completely (torture, I know!) before cutting them. This will take around four hours, but you can cheat and pop them in the fridge after they’ve cooled on the counter a bit to speed things up. If you enjoy gooey, warm chocolate more than you enjoy perfect knife cuts, go ahead and eat your brownies warm.

I’ve been known to eat an entire pan of brownies in a single day, but if you like to show more restraint than that, cut your brownies, layer them between wax or parchment paper, and store them in an airtight container for up to five days. If you’d like to keep them longer than that, double wrap them in plastic wrap and freeze. They’ll last for three months in the freezer.

Which type of brownie do you prefer? Are you still on the hunt for that perfect recipe or have you already discovered brownie nirvana?

Now that you’ve got chocolate on your mind, you’ll enjoy the online Bluprint class Decadent Chocolate Cakes with Alice Medrich.