For me the words “Brighton honeycomb’ conjure up visions of a sugary confection from the seaside, so it was a surprise to discover this lively and attractive weave structure.

Learn how a Brighton honeycomb differs from its waffly cousins, plus get drafts for 8 and 12 shaft versions. 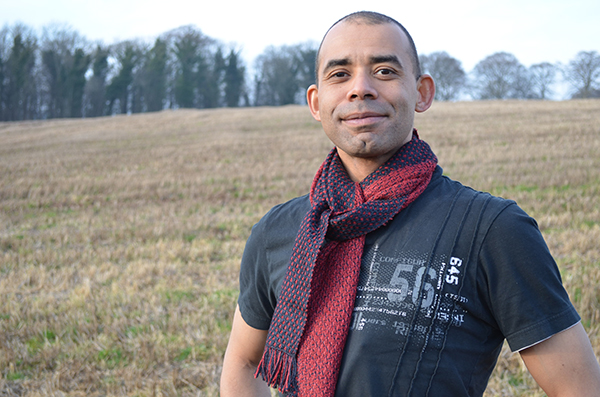 A Brighton honeycomb is actually a kind of waffle weave. In the UK these weaves are known as honeycombs – which is perhaps not surprising, as we aren’t traditionally a waffle-eating culture! – and in the case of Brighton honeycomb the name has been exported along with the structure.

A straightforward waffle weave uses a point threading and treadling, as in the 8-shaft version shown below. 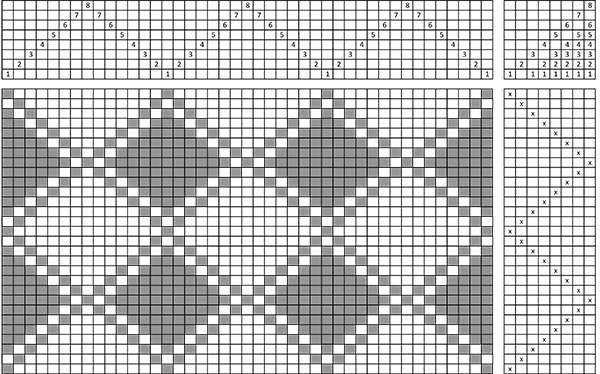 If we look only at the drawdown, we can easily see that the structure is based on a grid of diamonds which are alternately filled with warp floats and weft floats. 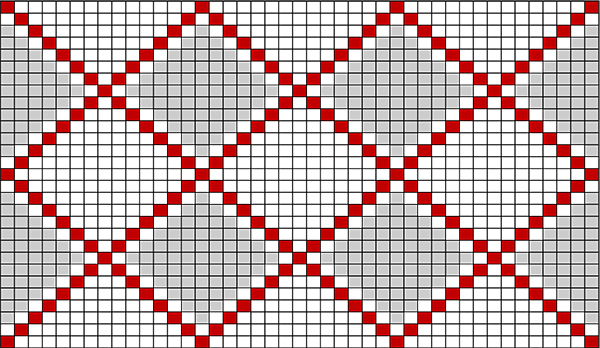 The drawdown of a Brighton honeycomb is also based on a grid, but in this case the set of diagonals which run from top left to bottom right are doubled. Each of the diamonds created by the grid contains two warp and two weft float areas, which appear to spin around a point at the center.

This makes the structure asymmetric so it must be threaded on a straight draw rather than a point draw. It also means that the waffle cells are much smaller: in fact, the smallest version of Brighton honeycomb needs eight shafts, where a traditional waffle can be woven on four.

One of the striking characteristics of Brighton honeycomb is that its asymmetry gives it a lively sense of movement, as if the waffle cells were all engaged in a country dance.

The other important thing to note is that Brighton honeycomb is very clearly two-sided: the face and the back of the cloth are quite different. You can see this very clearly if you use different colors for the cell interiors and outlines, as I have done in this 12-shaft scarf. 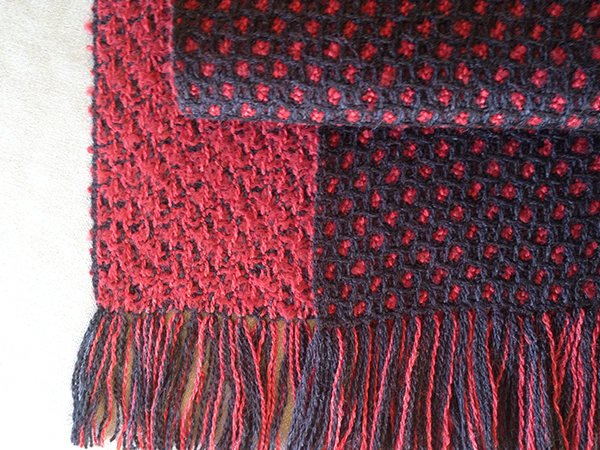 Are you inspired to have a go yet? To get you started, here is the draft for an 8-shaft Brighton  honeycomb. 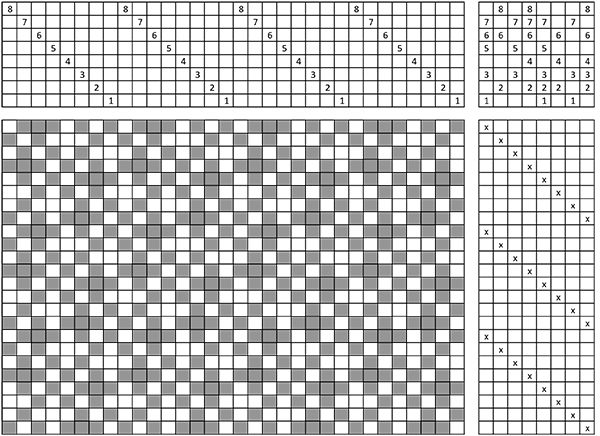 The 12-shaft draft looks like this. You can download a pdf with larger scale versions of both drafts 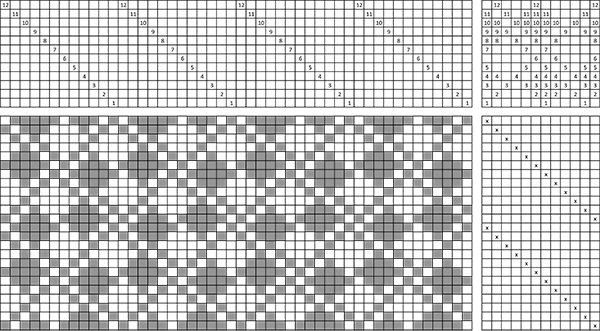 To place a contrasting color at the center of the cells, you need to thread your main color on shafts 2-5 and 8-11 and your contrast color on shafts 1, 6, 7 and 12. Then use the same color sequence when weaving to emphasize the effect.

A good sett for Brighton honeycomb would be the plain weave sett for your yarn. It is worth experimenting, however. I have found that I like the sett to be slightly more open for a soft scarf and a little bit closer for a neat, crisp towel. 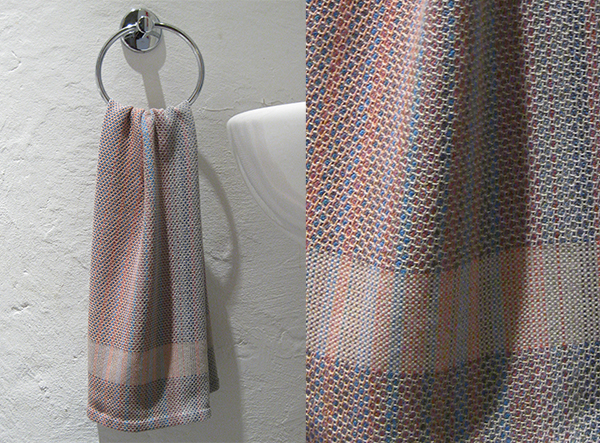 One Response to “Weaving Structure: What is Brighton Honeycomb?”