Since I started knitting with magic loop instead of double-pointed needles, many things about my knitting have changed. There’s no Second Sock Syndrome, my sleeves are all the same length, and I have way fewer needles to deal with. 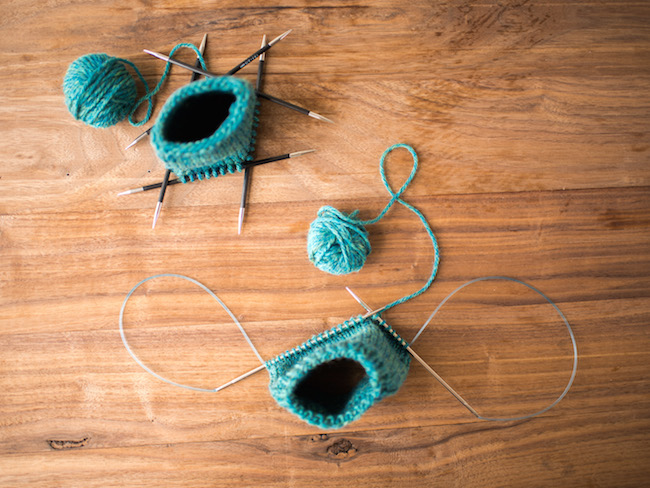 Are you thinking about trying magic loop but have yet to dive in?

Perhaps we can convince you to give it a go! And if you don’t like it, hey, those double-pointed needles will forgive you for betraying them! 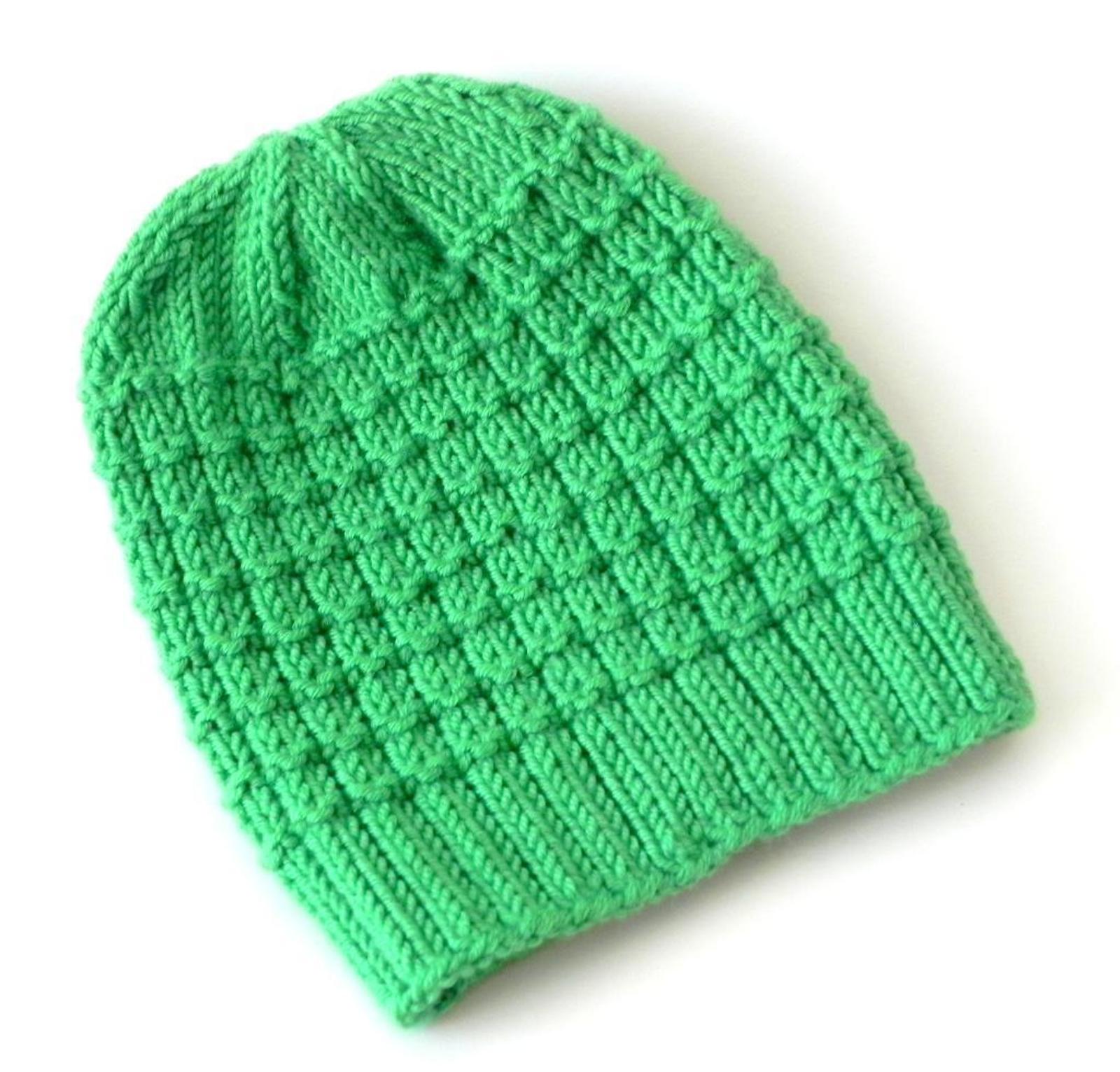 1. You’ll save money on needles.

One long circular can do the job of several circular needles and a set of DPNs. For instance, if you’re making the Waffle Hat pictured above using regular circulars,  you’d need two 16″ circulars and one set of DPNs. (The cuff is knit with a smaller needle to make the brim tidier, so that’s why you need 16″ needles.)

But if you were using magic loop, you could just use a long circular needle in two sizes, eliminating the need for that third set of needles. For larger projects like sweaters, you’ll really see a difference in the number of needles.

We’re not saying you should throw away all your double-pointed needles and shorter circulars. I actually keep most of mine in case I’m using long needle for another project or if I’m just in the mood to knit in the round the traditional way.

You might decide to keep some of those other needles as extras, just in case, or you can give them to another knitter who might need them. 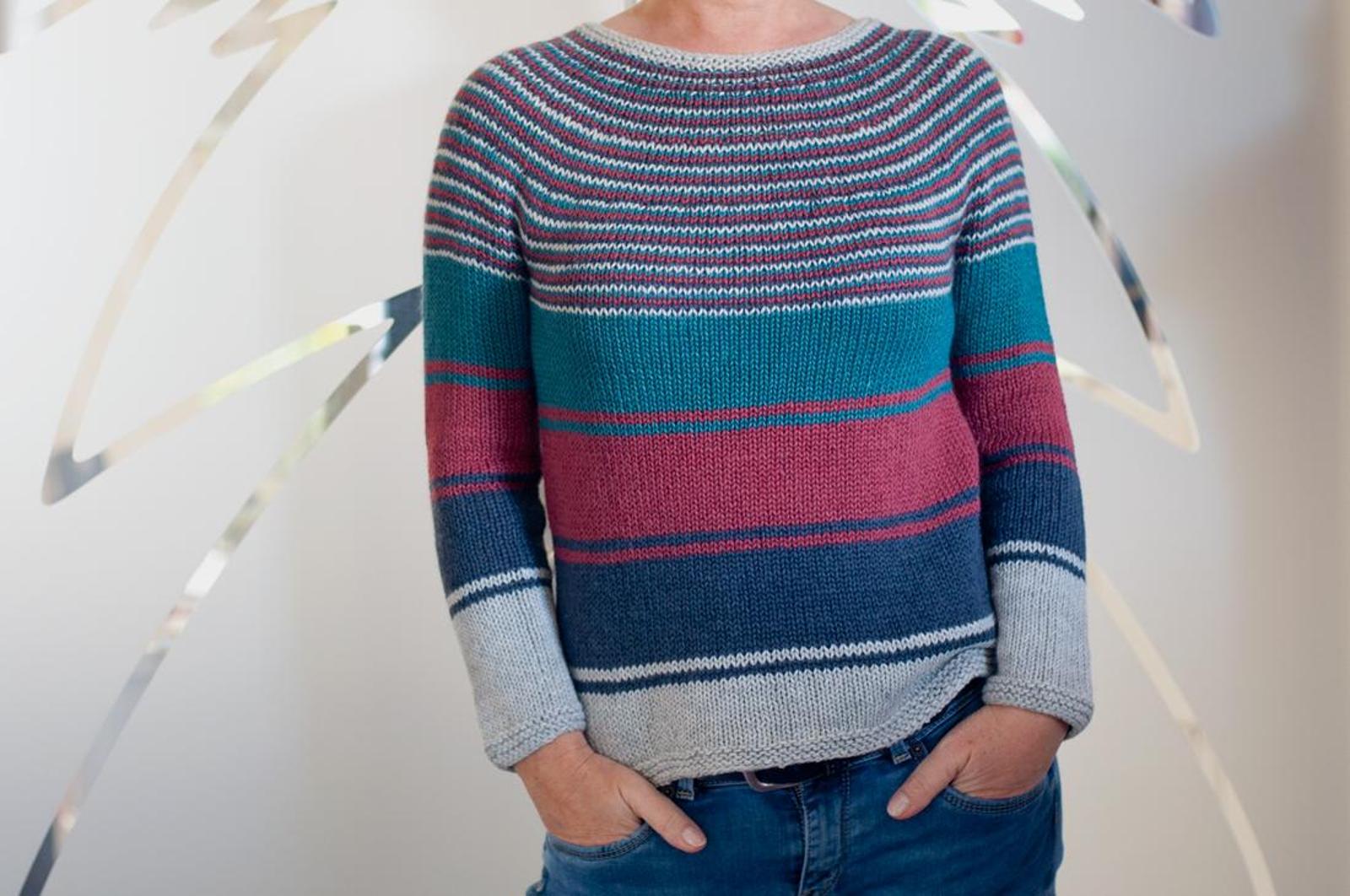 3. You can knit things like mittens, socks, and sleeves two at a time.

The magic loop technique is a lifesaver for sweaters like the Josie Top Down Sweater you see above. There are a couple of benefits to knitting two at a time.

Double-pointed needles make quite a mess in your project bag. Once, I even had a DPN break in half right there in my bag, unraveling part of the project. Magic loop can be stored flat, though, so you never have to worry about needles breaking or slipping off your work.

Magic loop uses just the one needle, so there’s no set to keep up with. That’s good news for knitters who knit on the go!

This is great for knitters who travel a lot with their knitting, since you only have to worry about one needle instead of an entire set! 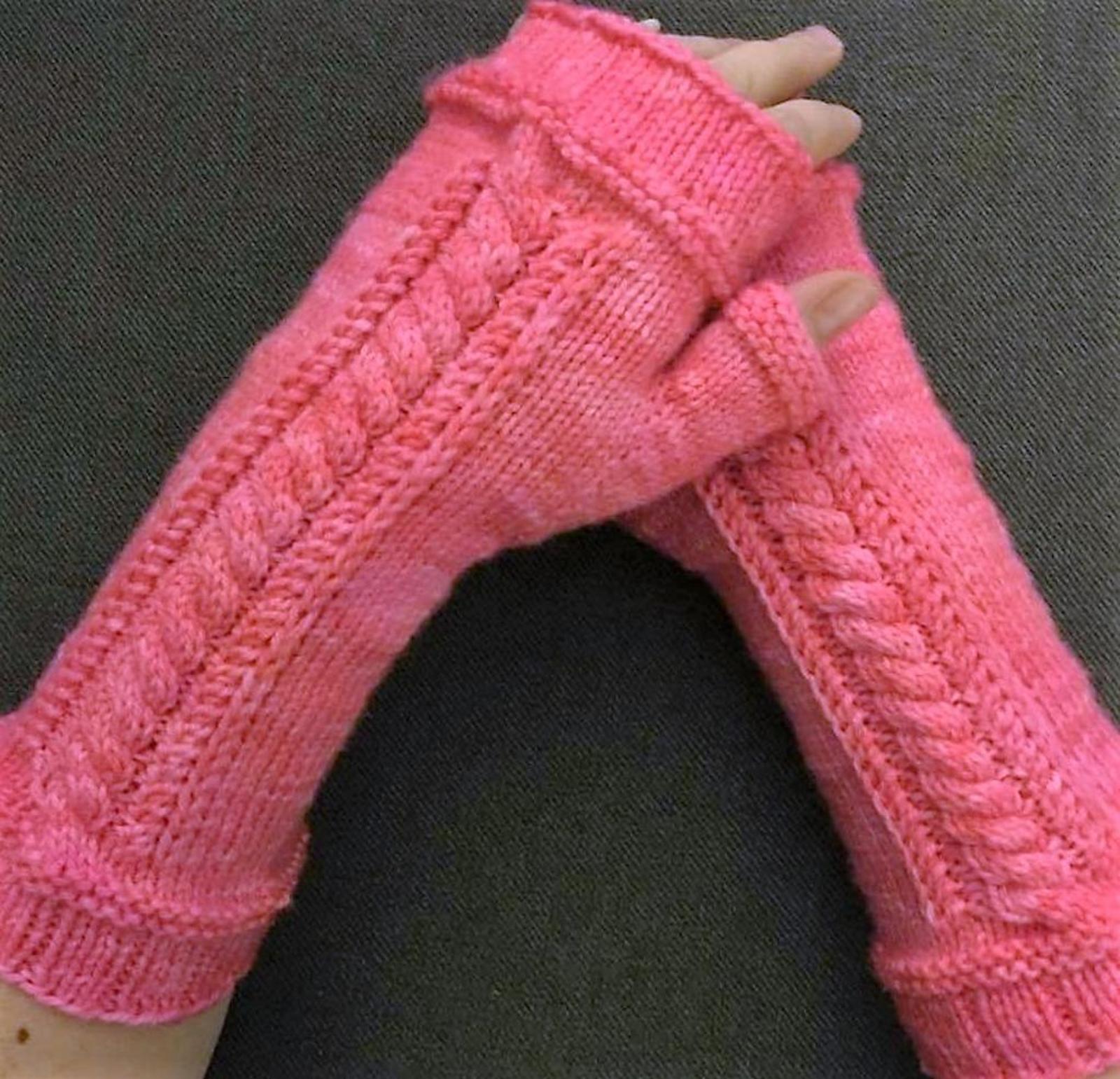 7. Intricate patterns like cables or shaping are easier to work.

With magic loop, your work is only divided into two parts, so techniques like shaping and cables are much easier. With double-pointed needles, I was constantly shifting my stitches needle to needle in order to k2tog, for example.

For the Carved in Cables Fingerless Mitts you see above, you could knit the entire front of the mitts one one needle without needing to move anything around for the cable pattern.

8. Ladders are not a big problem.

With magic loop, though, you only have two places where the needles change. That means you can really focus your energy on avoiding ladders in just those two spots.

If none of these other benefits appeal to you, think about it this way: When you try magic loop, you’re just adding to your long list of knitting techniques! Even if you never decide to use it again, at least you can say you’ve tried it.

Are you a fan of magic loop?

Why or why not? Leave us a comment and let us know what you think.