Experts estimate that by the year 2050 our world will be populated by 9 billion people. That’s 9 billion hungry mouths to feed. How will we do it? The agricultural system as it stands isn’t capable of supporting that many people. Something needs to change, and Dr. Dickson Despommier seems to have the answer: vertical farming. 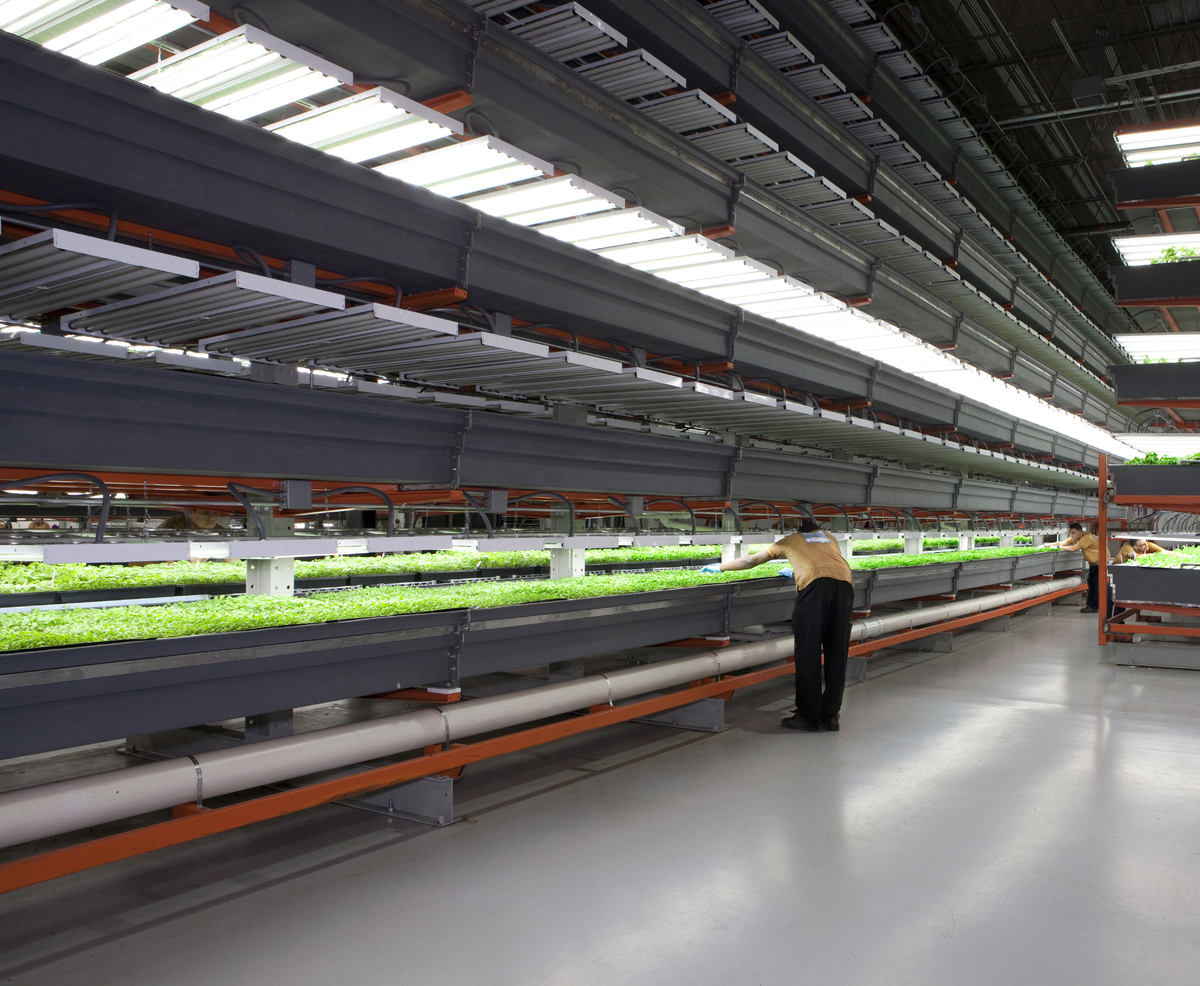 Photos via FarmedHere, one of the largest vertical farms in the U.S.

What is vertical farming anyway?

Despommier is an award-winning professor of microbiology at Columbia University and is the touted father and inventor of vertical farming. His proposal is to move the farms to the cities, where 80% of the future population will reside. He explains that food can be grown in skyscrapers using a combination of hydroponics and LED lighting to feed the crops from start to finish. This method of farming will be completely organic, 100% local and so efficient that it can feed every human on Earth, with some food to spare.

Vertical farming is more than producing food indoors in an urban landscape. It’s a proposed answer to the pending food crisis our world is facing. Despommier describes vertical farming as a system “in which a wide variety of produce is harvested in quantity enough to sustain even the largest of cities without significantly relying on resources beyond the city limits.”

In theory, these farms would be entirely self-sufficient, taking energy from the sun and wind, as well as composting spent plants to produce energy. Used water would even be recycled back into the system, saving more water for personal use. This system would not only grow crops year-round, but also raise livestock, such as poultry and pigs, to meet the needs of the growing urban population.

Another huge factor: The vertical farms would take up considerably less space than traditional farms, as one acre of vertical farm can grow the equivalent of 4-6 acres on a traditional farm. Despommier says, “one vertical farm with an architectural footprint of one square city block and rising up to 30 stories (approximately 3 million square feet) could provide enough nutrition (2,000 calories/day/person) to comfortably accommodate the needs of 10,000 people.” With that type of efficiency, feeding an entire city of people with vertical farms is very possible. 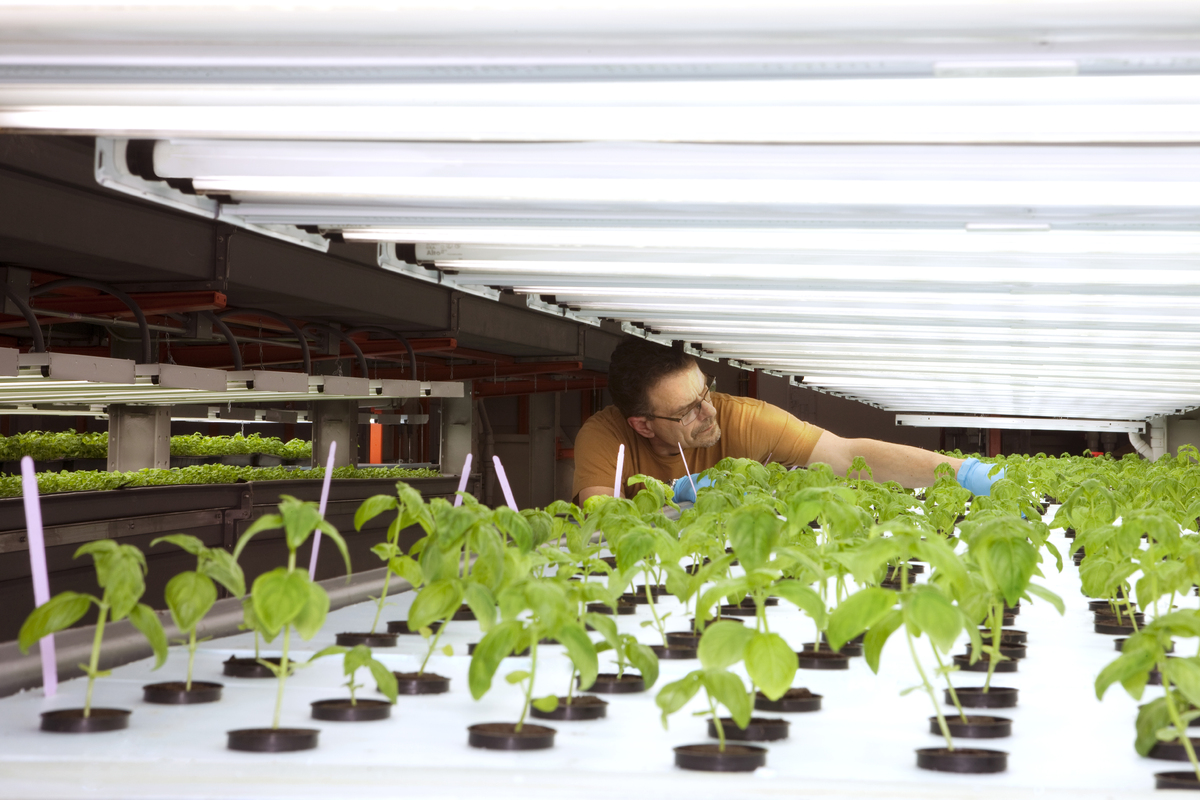 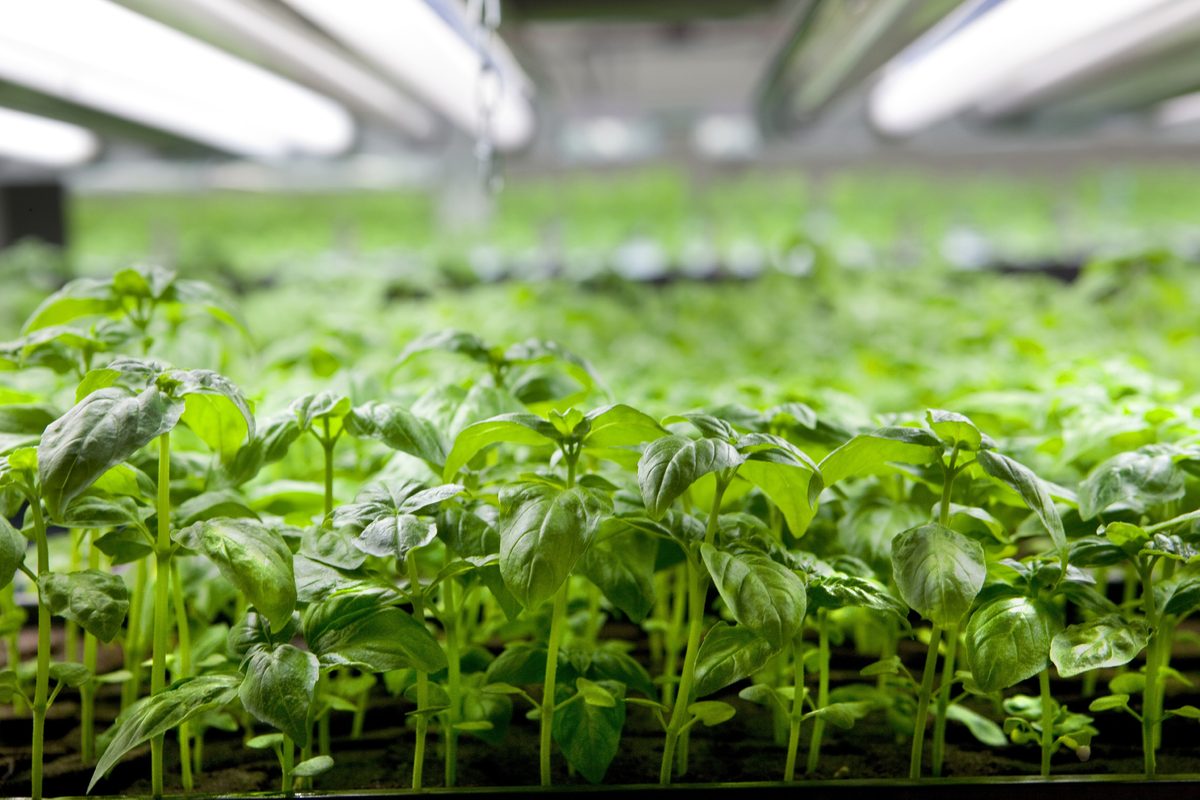 While the advantages are impressive, the disadvantages raise some serious questions.

Although it’s in the plan to include livestock in vertical farms, there’s still the question of ethics. Just because we can do something, does that mean we should? Should animals be raised indoors in an artificial environment, cut off from their natural life? Where do we distinguish between an urban vertical farm that’s efficient and planet-saving, and an inhumane and unnatural factory farm?

And would the invention of vertical farming have a devastating effect on farming families and rural communities? Can vertical farms be the leaders in renewable energy and self-sufficiency on a scale that hasn’t been implemented before? It all lies in the execution, and those questions will come to light as these farmscrapers come to fruition.

The idea of vertical farming is still just that, an idea. While it has been implemented on a small scale in many cities, it will still take years before the wrinkles get ironed out and it can be tried out on a large scale. As it stands, vertical farming would solve many of the world’s problems, but it brings up many questions that beg to be answered. It looks as if only time well tell if vertical farming is the epic answer to our pressing food supply needs.

What do you think of the idea of vertical farming? Can it save this starving planet?

One Response to “Vertical Farming: It’s Coming to Save the Day, But Will It?”