Here’s a culinary question that can stump even seasoned chefs: What is sous vide? While this cooking method has been used by chefs in restaurants for a while and is starting to become popular in home kitchens, it’s definitely not a new technique: According to some accounts, the method was developed as early as the 1790s, though it wasn’t until the 1960s that it became commonplace. 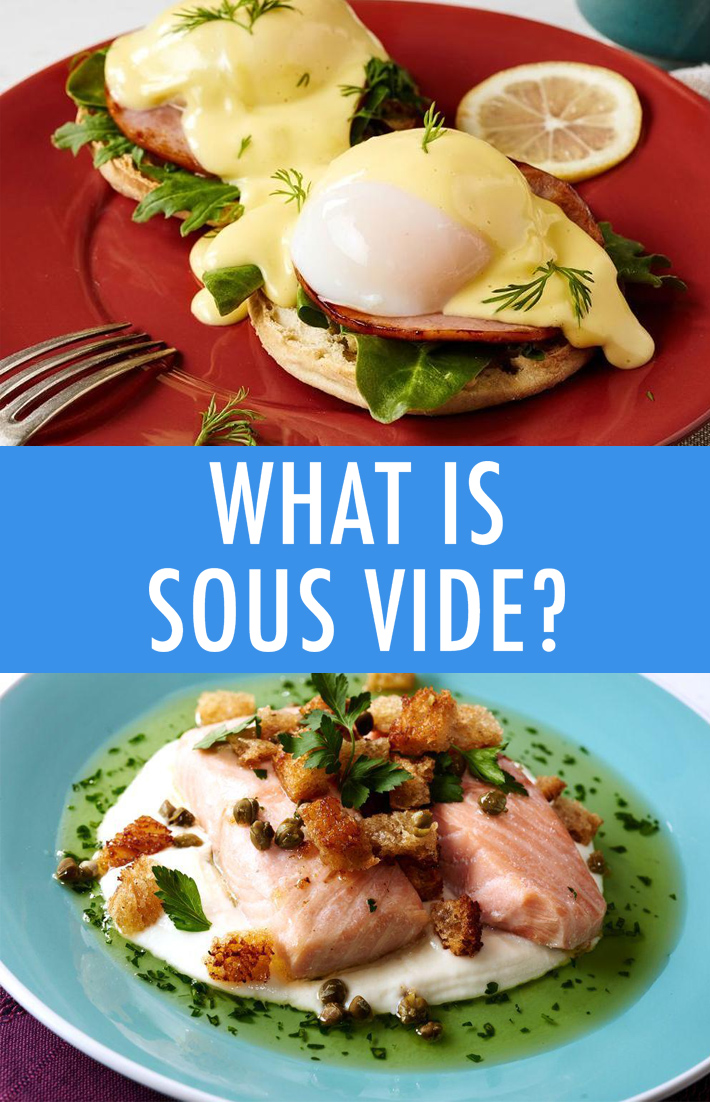 What is sous vide cooking? Discover this interesting culinary method.

What is sous vide?

Sous vide (pronounced sue-veed, in your French-iest accent) translates roughly as “under vacuum.” Preparing food with this method involves vacuum-sealing it in a vessel, then slowly cooking it in a temperature-controlled water bath. Sous vide is lauded for its ability to evenly cook a variety of foods, from meat and vegetables to even rice and eggs, while retaining a superior texture and moisture content in the finished item.

Bring the surprisingly simple technique of sous vide to your kitchen and enjoy the restaurant-worthy results.Enroll Now »

The first inklings of sous vide cooking are said to have occurred in the 1700s, when Sir Benjamin Thompson, also known as “Count Rumford,” first mentioned a similar method of cooking, but with temperature-controlled air as opposed to water.

(As a side note, this fellow’s name might sound familiar, because of his other culinary discoveries. Thompson found that sealing a cold core of cream within a heated meringue crust yields a dessert that’s simultaneous hot and cold. This discovery was integral in the creation Baked Alaska.)

While the seed may have been planted early, sous vide cooking didn’t really take root until the mid-1900s. Mid-century, the method was adopted in the world of industrial food preparation. Around the same time, it was adopted on the higher end of cuisine, too, when fancy French chefs discovered that the method was perfect for sealing in flavor and texture with foie gras and other dishes.

Sous vide is a slow cooking method, but it’s definitely different than braising or using a slow-cooker. When cooking in the sous vide method, the food is sealed in airtight containers (like a vacuum-sealed plastic bag) and then cooked in the temperature-controlled water bath. The food is often cooked at far lower temperatures than you’d use on a stovetop or in the oven but for a longer period of time. The idea is that the food is completely evenly cooked and has retained every bit of moisture since there is nowhere for it to evaporate in the sealed container. 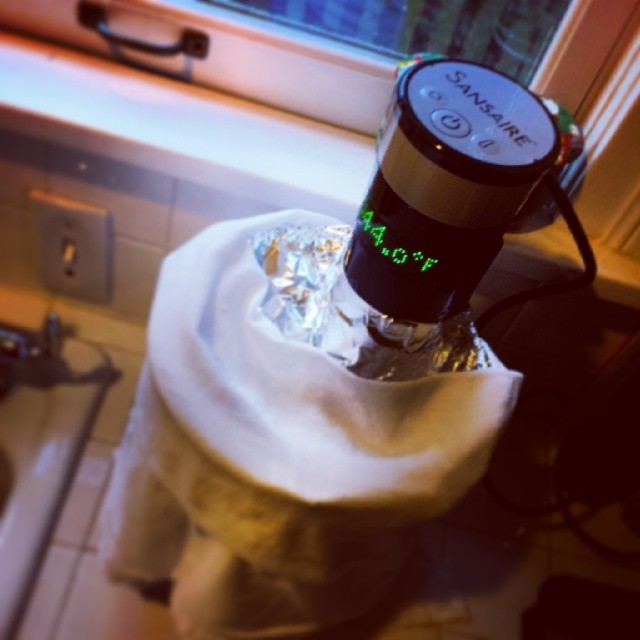 What do you need for sous vide cooking?

There’s all sorts of gear for sous vide cooking, but when it comes down to it, these are the most important components:

If you start browsing for sous vide machines online, you might get discouraged quickly: Nicer models can easily retail for over $500. While that is certainly worth the investment over time, it’s not necessary to spend that kind of money from the get-go. Tutorials for how to make your own sous vide machine inexpensively abound on the Internet. You can also buy an immersion circulator (not cheap, but cheaper than the whole machine!), which will do the temperature-control work for you with a vessel of your choosing.

You’ll have to seal your food in a specific type of vessel for sous vide cooking: a firmly sealed, airtight and heatproof pouch. Many manufacturers sell pouches specifically designed for vacuum-sealing and sous vide cookery.

Technically, you could do this without a vacuum-sealer by using a straw to suck out excess air within a heavy duty freezer bag; while this may be fine if you are cooking rice or vegetables, it is not suggested that you ever do this with uncooked meat, as you may inadvertently ingest some of the juices (and bacteria).

Once you have your setup in order, it’s time to get cooking. What types of food can you cook in the sous vide style? Perhaps the most famous foods to prepare in a sous vide cooker are steak and seafood, but the method can also be used to make perfectly cooked eggs and vegetables.

Bring the surprisingly simple technique of sous vide to your kitchen and enjoy the restaurant-worthy results.Enroll Now »