What is an endive? For many people, endives are French-sounding vegetable that they roll right on by in the grocery store because they’re uncertain of what they actually are or how to cook them. This is a shame, because endives truly have an inimitable, slightly bitter (in a good way) flavor that can add a lot to cooking projects. 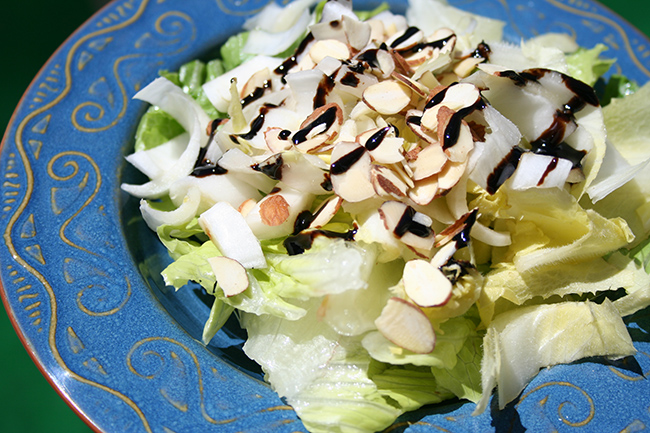 If you’re endive-curious, you’ve come to the right place. Here, we’ll take a deeper look at this unique vegetable, including an explanation of what endives are and a few of the many ways to cook them.

What is an endive?

Endives are members of the same family as chicory, which also includes escarole, radicchio and frisee. Like its relatives, the endive boasts a crisp texture and pleasant bitterness that can add a pleasing fresh flavor to salads (as above) and recipes of all kinds.

There are two types of endives.

It’s true: There are two types of endive — they’re two separate vegetables that both go by the same name. According to California Endive, your pronunciation determines which one you’re talking about. 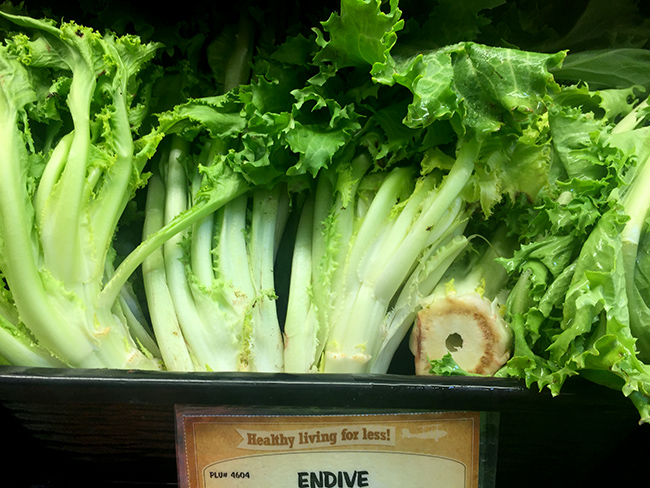 The first type (pronounced “N-dive”), is more like a lettuce in its shape, and is sometimes called “curly endive” or “curly chicory.” It can be eaten raw or cooked. 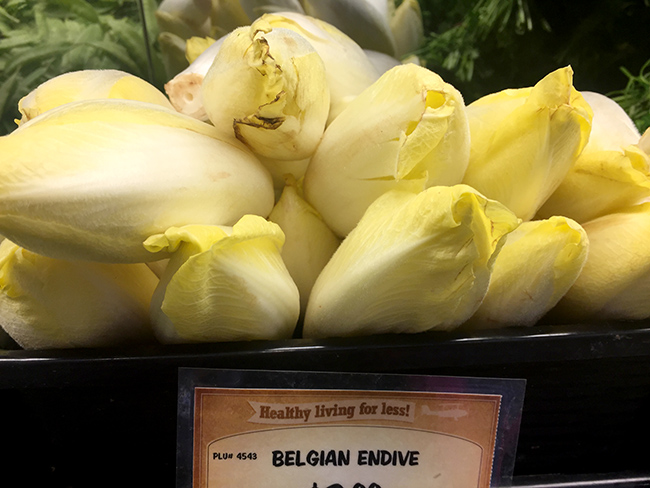 The second type, and the one we’re primarily discussing in this post, are typically called Belgian endives or California endives. Pronounced “on-deev,” this endive is a type of cool-weather vegetable that’s characterized by tightly packed leaves and an elongated shape. Belgian endives are grown in darkness, which keeps their color quite light. Once again, they can be enjoyed raw or cooked.

How to select and store endives 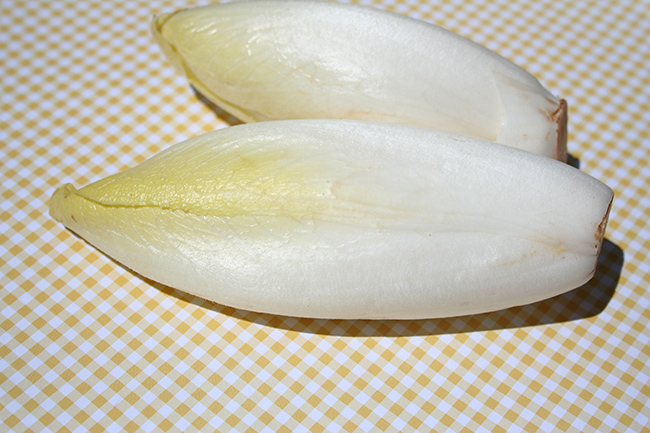 Late fall through early spring is the peak season for endives, though they can typically be found in stores year-round.

To select endives, look for firm, supple specimens with tips bearing a pale yellow or yellow-green color. Avoid endives that have distinct browning (slight browning on outer leaves is fine if you can pick them off) or feel overly soft.

Once purchased, store your endives in the refrigerator, wrapped in paper towels. They’ll keep for about a week.

How to cook endives: four ways

Now, let’s talk about some ways to cook with these unique vegetables. Here are four basic methods that will allow you to include endives in all sorts of meals. 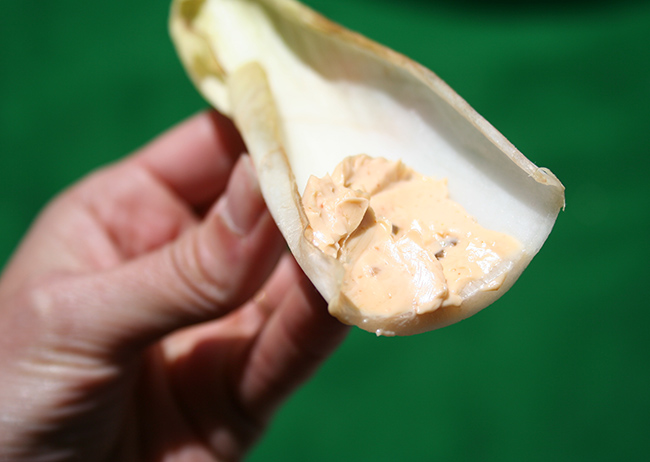 This is probably the easiest way to prepare endives: no cooking at all! You can enjoy raw endives in a number of different ways. Here are just a few you might try: 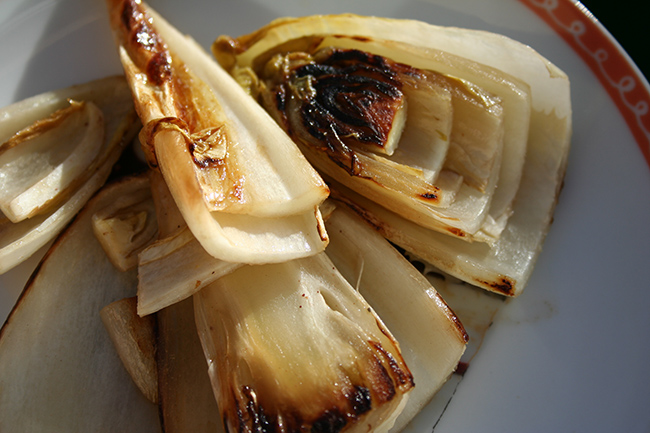 Pan-frying endives is wonderfully simple. Just follow the steps below:

For a variation on the pan-fried technique: 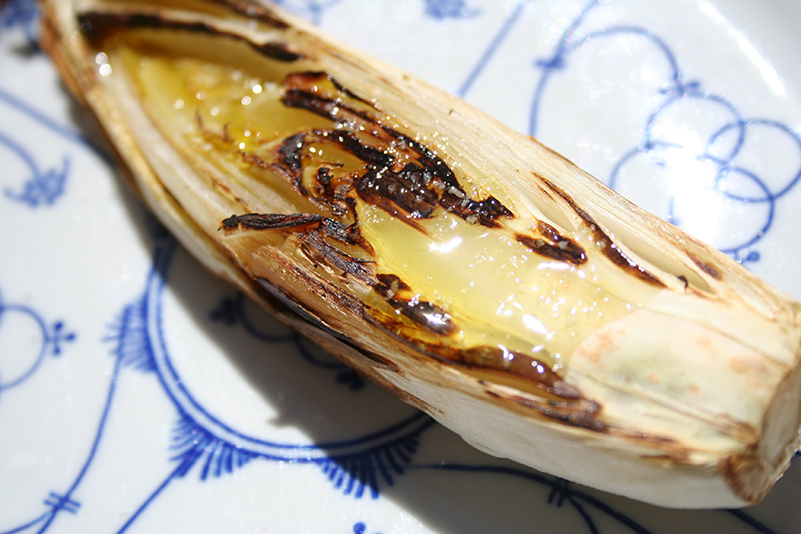 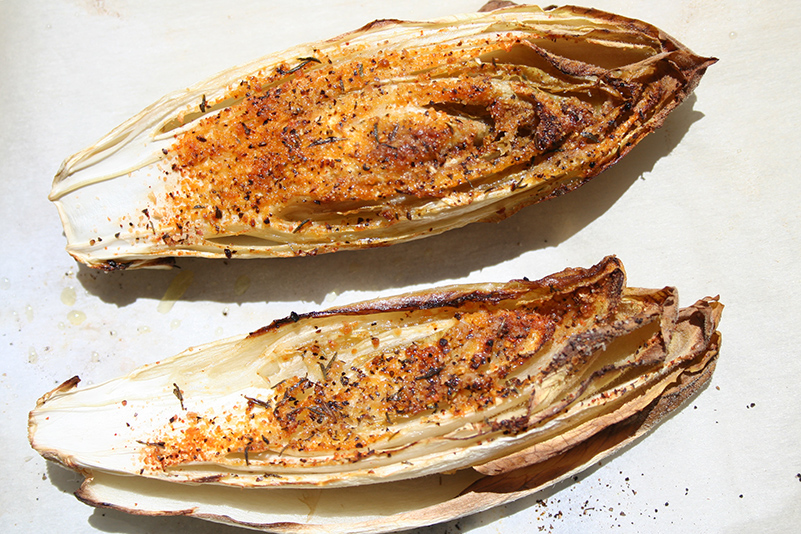