Horizontal compositions are pretty much the norm when it comes to landscape photography. It’s almost instinctive to set your camera in the horizontal, more commonly referred to and the “landscape,” position when setting up your shot. That’s understandable because if you’re photographing a wide scenic mountain range, that’s usually the way it looks its best. 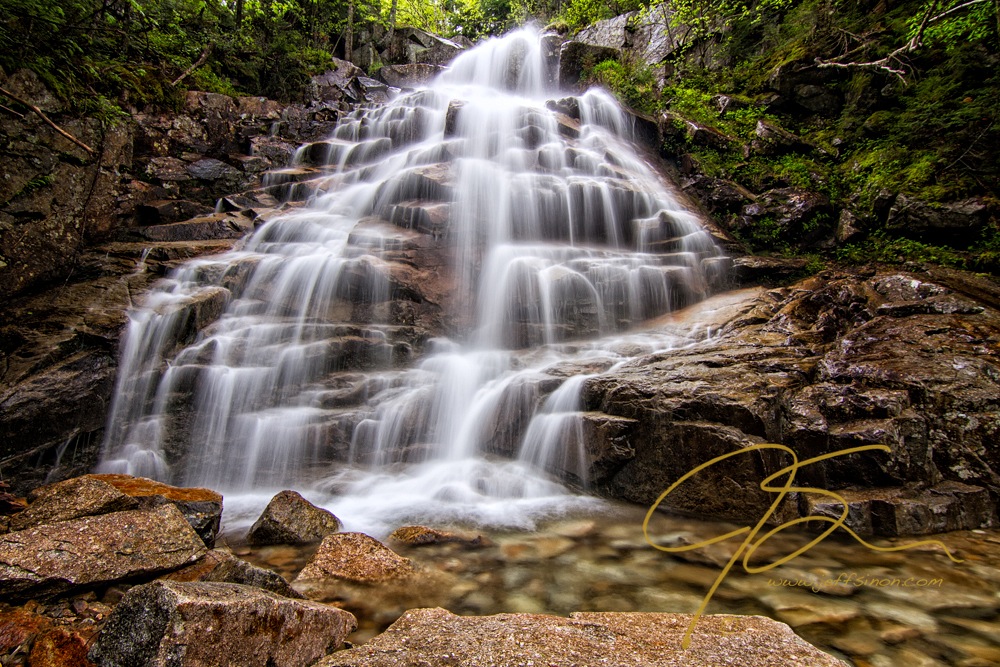 Stand your camera on its end

Not all landscapes look their best when shot with your camera in landscape position. Many can be more effectively captured through the use of a vertical, or “portrait” orientation of your camera.

Case in point, these first two images are both of Cloudland Falls, on the aptly named Falling Waters Trail in New Hampshire’s White Mountains. Both were photographed with pretty much the same settings, extended exposure time in order to render the water as a silky flow, etc. The only real difference is that one was photographed vertically. 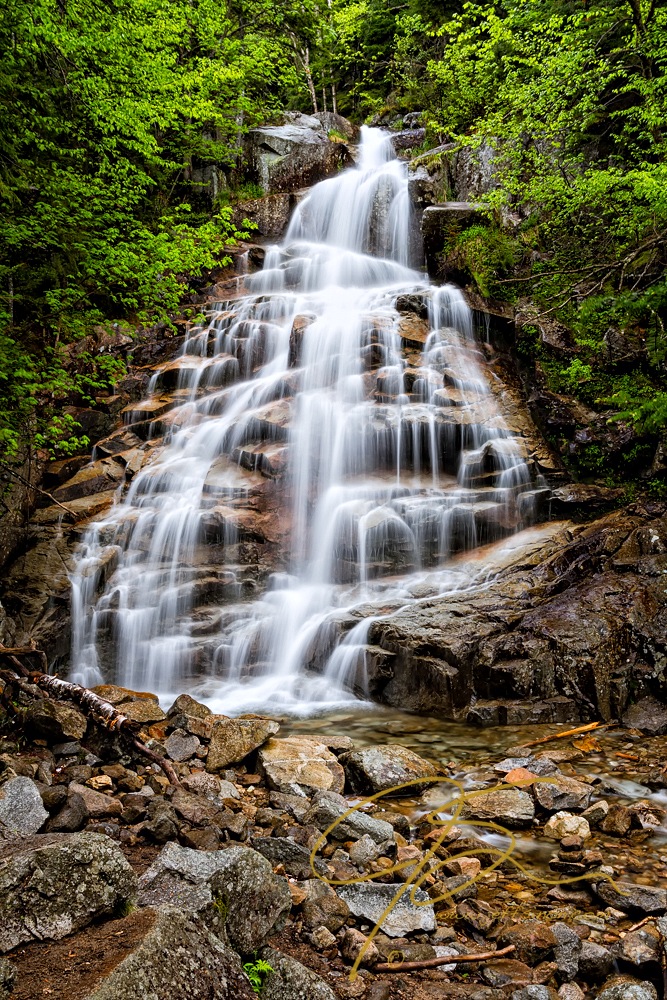 Personally, I feel the vertical composition best showcases this spectacular waterfall. I feel it better shows the height of the falls, while the horizontal photo makes the falls look rather short by comparison. 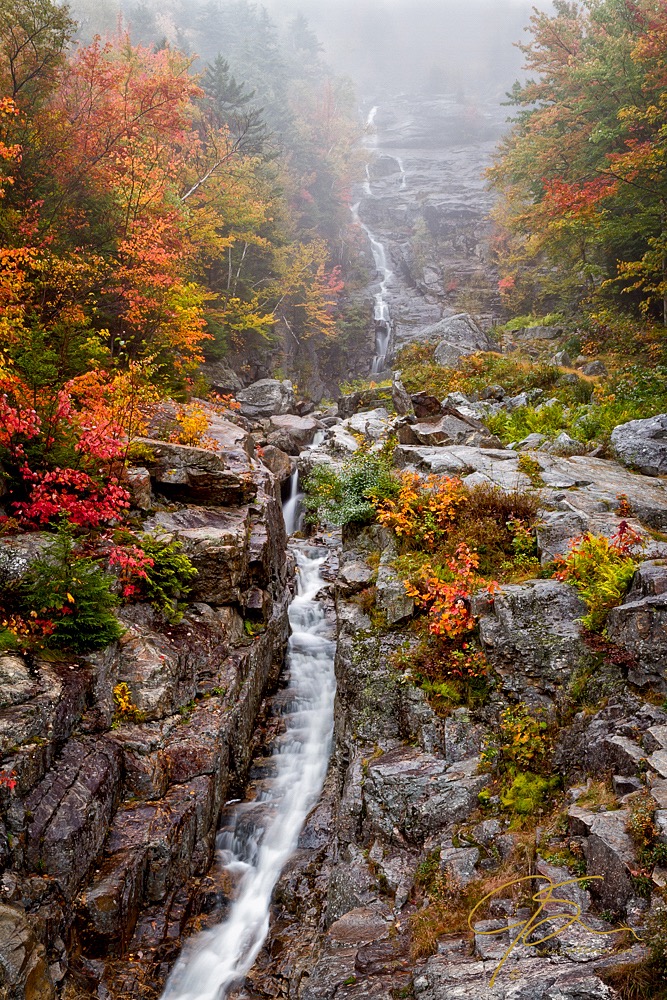 When only a portrait will do

While most landscapes can be photographed in either vertical or horizontal camera position, I’m finding more and more instances where a vertically composed photo is really the only option for making the most compelling photograph.

This article isn’t supposed to be about waterfalls, however waterfalls are a subject that I find are often best captured with a vertical composition. Sliver Cascade, shown above, is very tall and very narrow. So narrow that a person could easily stand with one foot on either side of the falls. Besides height, what makes this a vertical-only waterfall, in my opinion, is the surrounding forest. It’s thick, dense and mostly evergreen. So even at the peak of autumn foliage, the forest on either side of the falls adds nothing to the scene. Also, if I were to try to use an ultra-wide angle lens in order to include the entire height of the falls in a horizontal composition the falls would be very small and almost lost in the photo. 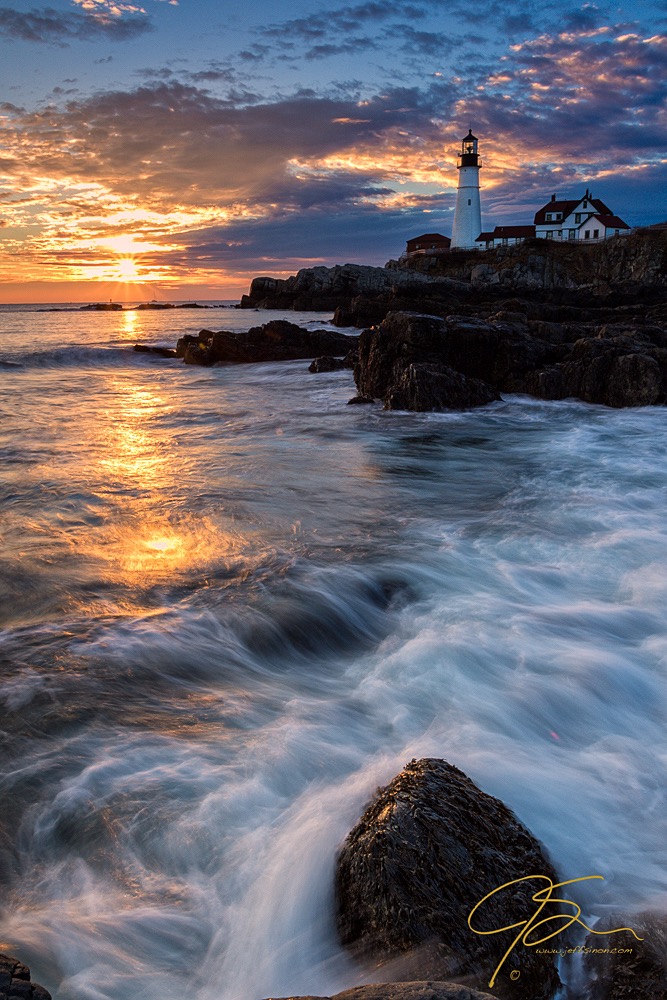 Stand out from the crowd

Portland Head Light in Cape Elizabeth, Maine, is one of the most photographed lighthouses in the United States, and it is almost always photographed using the horizontal landscape position of the camera. Go ahead, Google it. I did. Of the first 400 images to show up, only 13 were vertical compositions. I was pretty liberal with my definition of “vertical,” too. Including a few images that were more or less a square format that I thought might have been vertical before upload to what ever site Google pulled them from. 13 out of 400, that’s roughly 3 percent.

My point? If you want your photos of an iconic location to stand out,  one way to do it is to photograph it vertically. 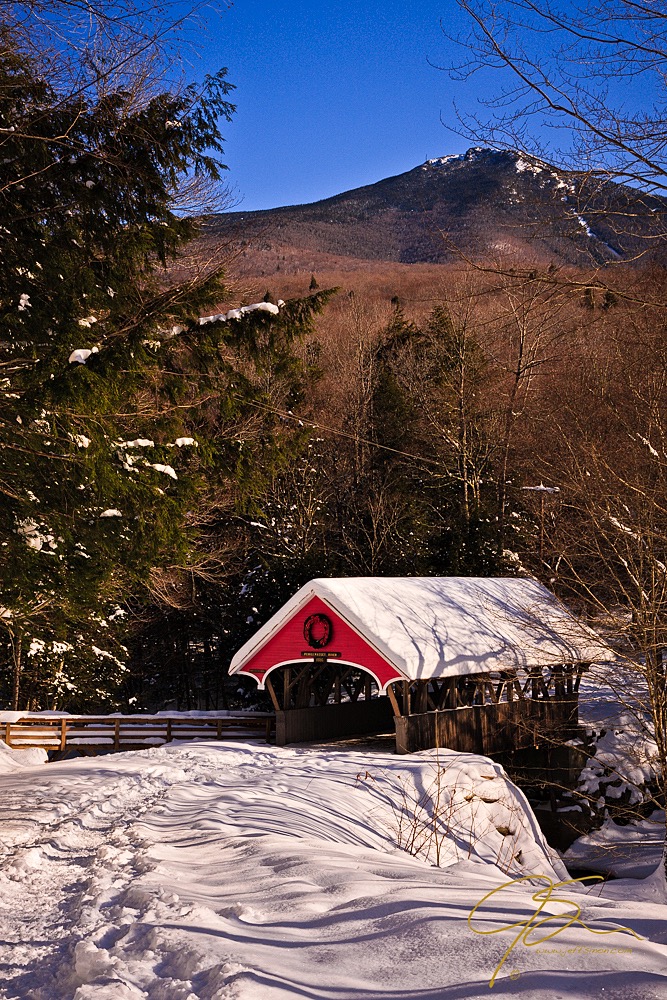 One way I like to add depth to an image, while avoiding all of the surrounding clutter, is to photograph vertically. A strong foreground, the snowy path leading toward the bridge, the bridge itself and the mountain looming over the whole scene, gives this look. As with the photo of Silver Cascade, the forest on either side of the path was rather boring, and I feel would only have taken away from the overall photograph. 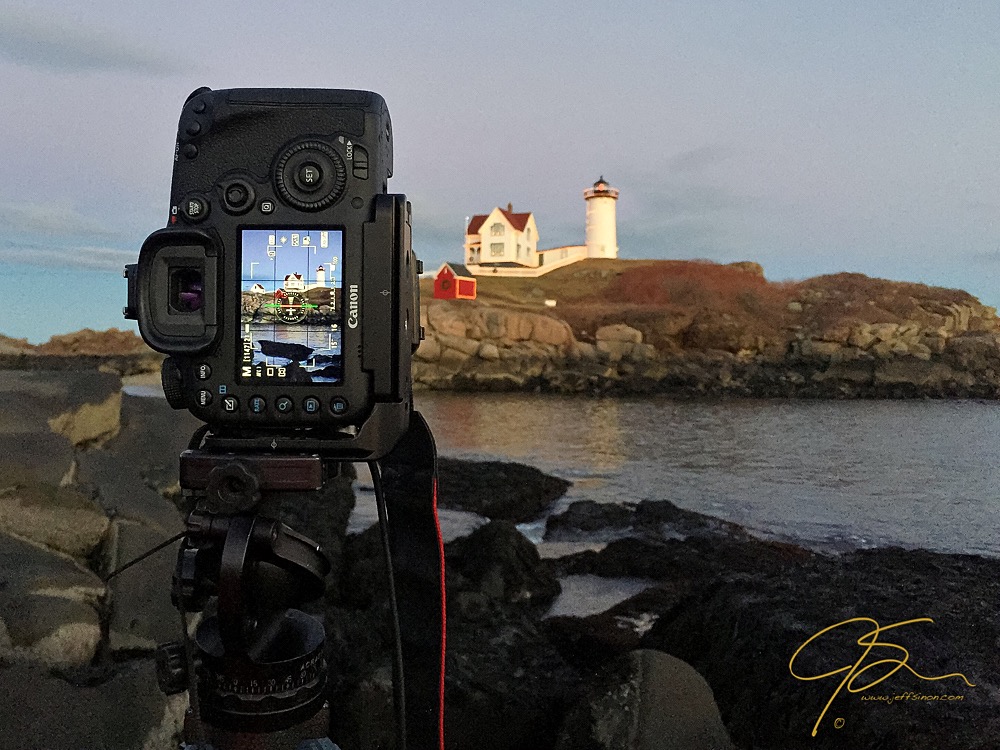 Lastly, while not absolutely necessary, an “L” bracket combined with an Arca-Swiss compatible ball head, makes switching from one position to the other quick and easy and requires a minimum amount of recomposing, unlike the pan-tilt head found on some budget tripods. A pan-tilt head requires the head to be flopped over on its side, thus moving the camera a few inches. This moves the lens center to the side, altering the composition. While this isn’t a reason to rush out and by a new tripod head and bracket, if you already have an Arca-Swiss style head, I highly recommend purchasing an “L” bracket.