Earlier, we learned how to set up a block plane for use on your woodworking projects. So once you have your block plane set up, how can it be helpful in your shop? Today, we’ll learn some useful tasks that you can do with a block plane. 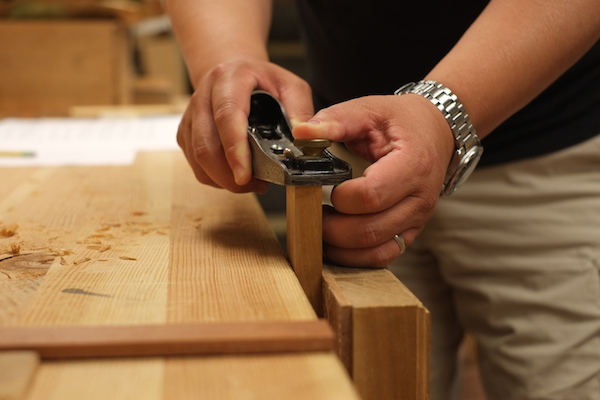 To do this, hold the block plane against the board at a 45-degree angle. Make a pass down the length of the board. 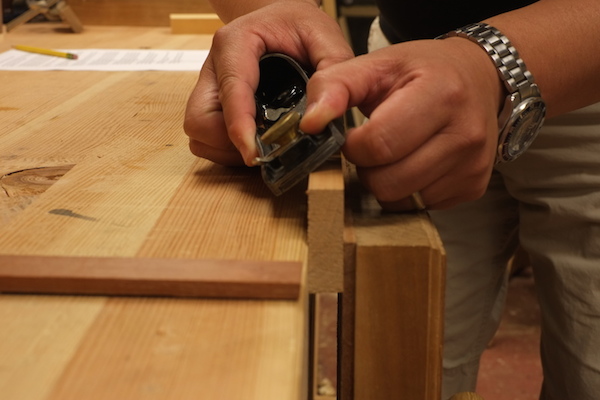 Next, hold the block plane at an angle that is about halfway between the 45-degree angle and lying against the face of the board. This angle should be 22.5 degrees, but this doesn’t have to be exact, and the angle can be eyeballed. 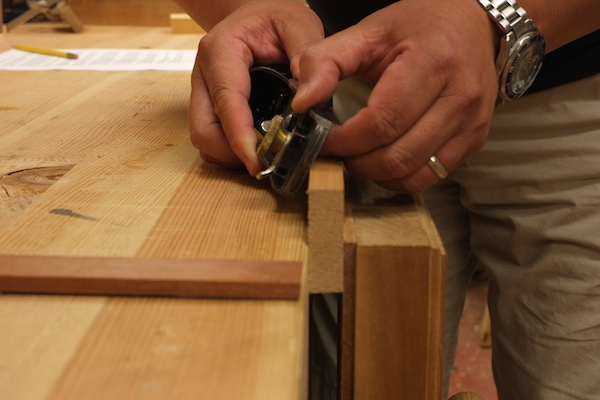 Finally, repeat the process tilting the plane the other way. After this pass, the corner will be nicely rounded. If you want, you can set the plane to take a thicker shaving, and the rounding will be more pronounced. 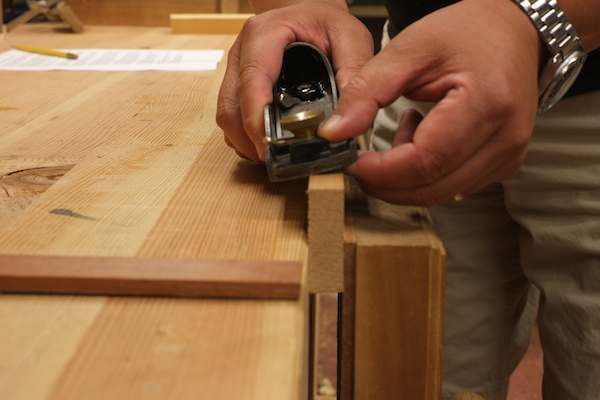 Using a block plane for cleaning up end grain

A block plane can be used for cleaning up the end grain of a board as well. But before we do this, it’s good to review how a wooden board behaves. 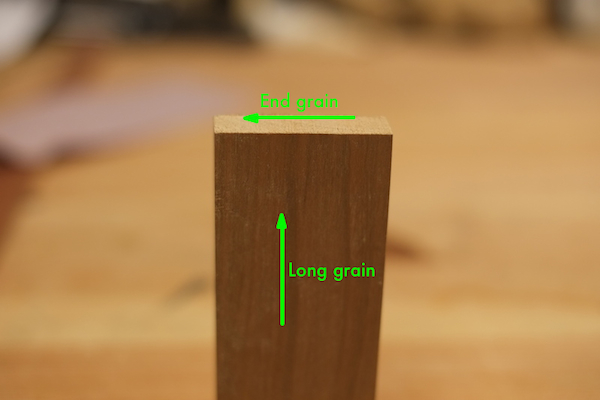 If you are planing along the long grain, as in rounding the corner of a board, then there’s the possibility of tearing out the wood as you go along, but if you have a very sharp blade, a tight mouth on your block plane, and are taking light cuts, you’ll minimize the possibility of tear-out. When you reach the end of the board, you’ll have completed your pass with the block plane, and odds are, you’ll have a clean finish on your board. 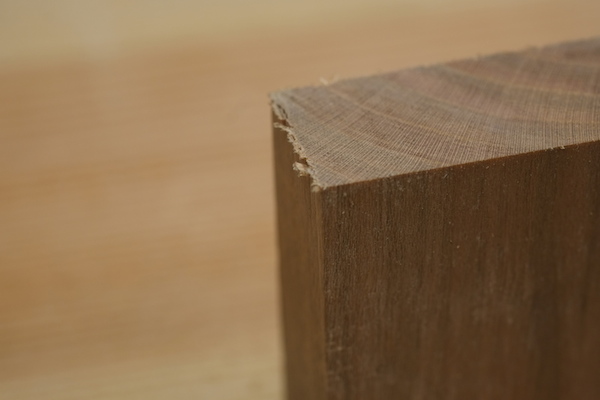 To prevent this, there are two strategies you can employ.

First is to take a pass with your block plane across the end grain, but stop before you get to the end. Planing across end grain is more difficult than planing along long grain. You will want to be patient and set your plane to take thin shavings. Skewing the plane at an angle as you make your pass will also help make this task easier. You will see the end grain clean up on the parts that you planed, while the rest of the end grain looks rough. 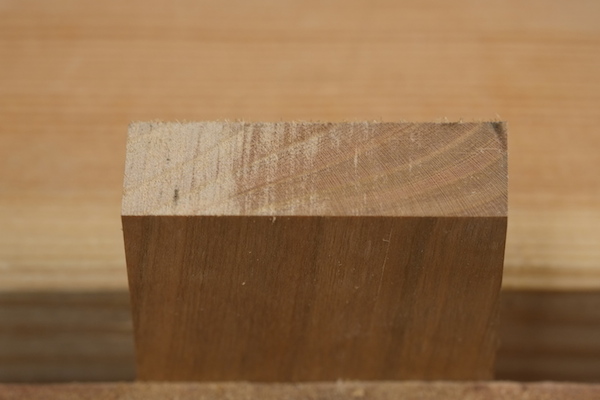 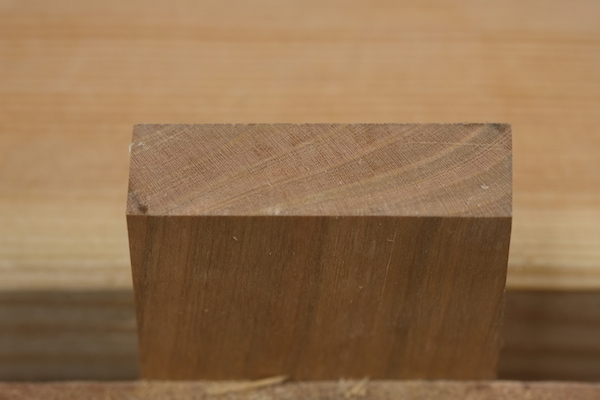 The second strategy is to use a chisel or plane to create a chamfer at the end of the board at the position where your planing will stop.

This way, the ramp that’s created will support the fibers as you plane down the end of the board until you get to the point where you want to stop. You can see the chamfer created on the left side of the end grain. It only took three passes with the block plane to do this. 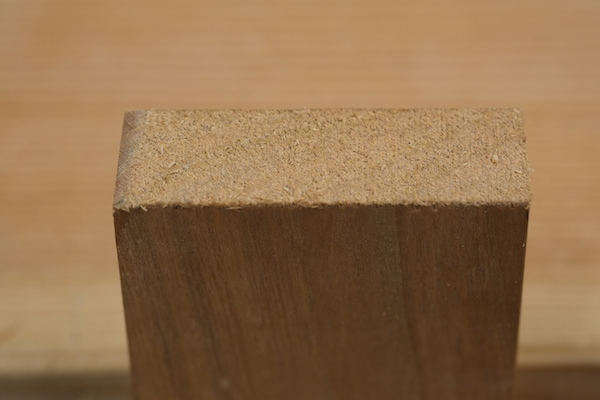 Now when you plane the end grain, the chamfer will support the fibers as you cut across them, eliminating blow out. In this photo, I took passes all the way across the end with the block plane. The chamfer prevents blow out from occurring. 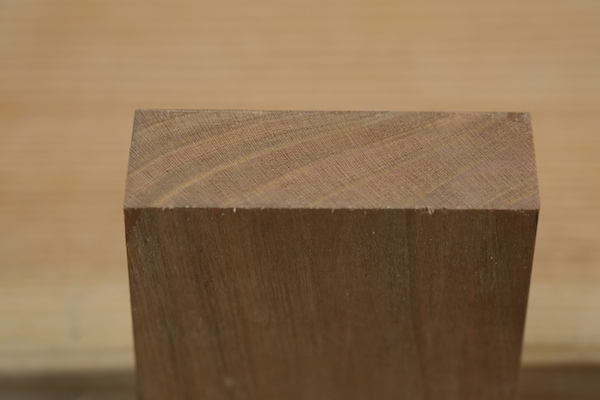 Either one of the above methods for dealing with end grain will work. Just use the one that you feel more comfortable with.

How do you plan on using a block plane on your next project?