I’m sure you’ve all seen the drama of negative space in photographs before: There’s a small silhouette of a bride and groom far off in the distance. They stand on a hill with a large expanse of sky illuminating behind them. With just enough space between them you can see they are holding hands and although you can’t see their faces the grandness of the image somehow conveys drama and emotion. That is just one example of the use of negative space in photography. 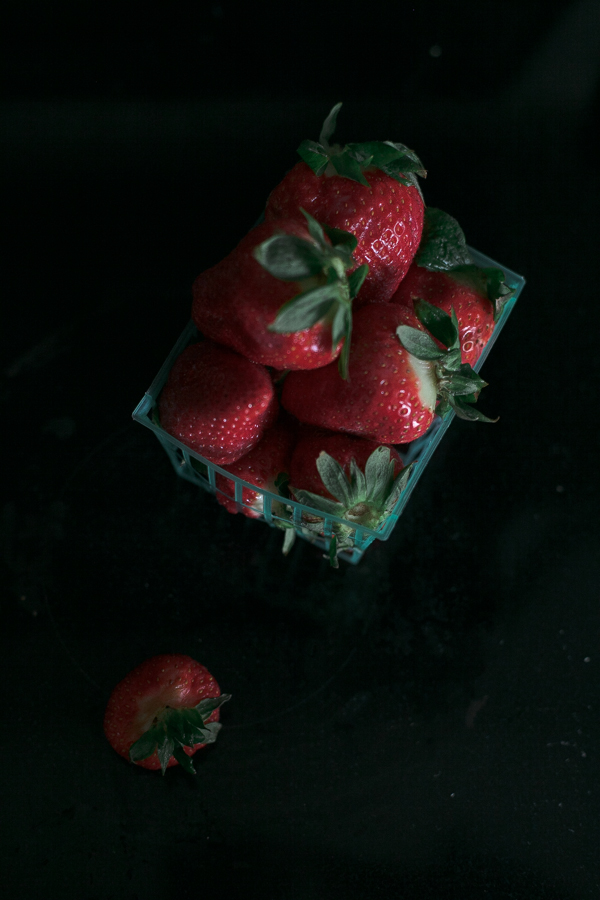 What exactly is negative space in photography?

Well, it’s one of those tricky art terms that doesn’t like to be strictly defined. Basically, it’s the use of a large amount of blank space in an image to help accentuate the subject. When used well, negative space can add a lot of depth and interest to your image.

Negative space is great to use when you really want the attention to be only on the subject. It’s not a scene setting shot as much as focusing on exactly what the image is about, whether it’s people, a product or food.

So often, an image can fall into the “put the center of interest in the center of the image” trap. This isn’t necessarily wrong or bad but can become boring after awhile. A good use of negative space mixes up the composition and can create a truly striking image.

What’s the proper way to use negative space?

Great question. And one that I think is best answered with images. 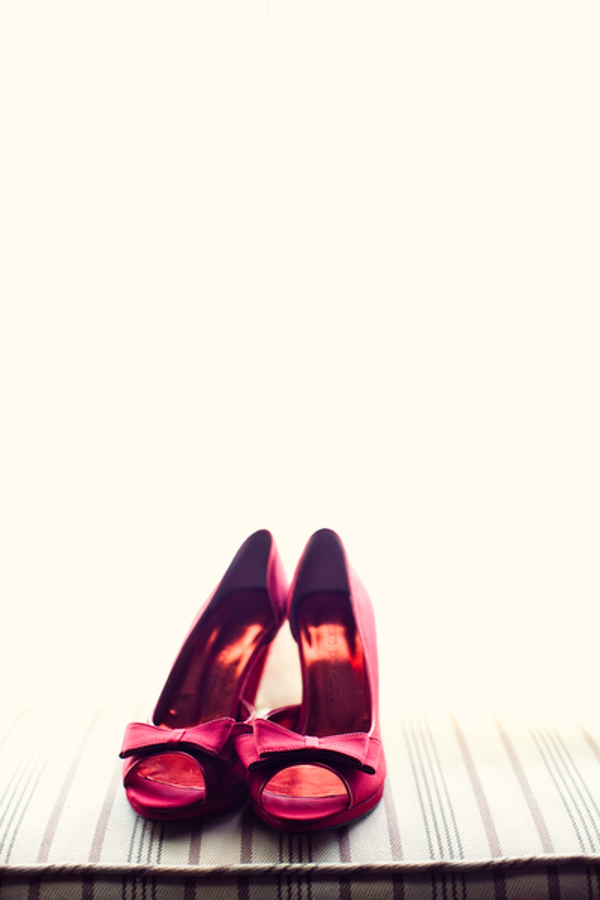 This is a very dramatic example of negative space where nearly 2/3rds of the image is essentially white. The focus then falls to the lower third and on those vibrant scarlet shoes. The lines on the cushion fall back into space giving the eye a chance to exit the image easily. 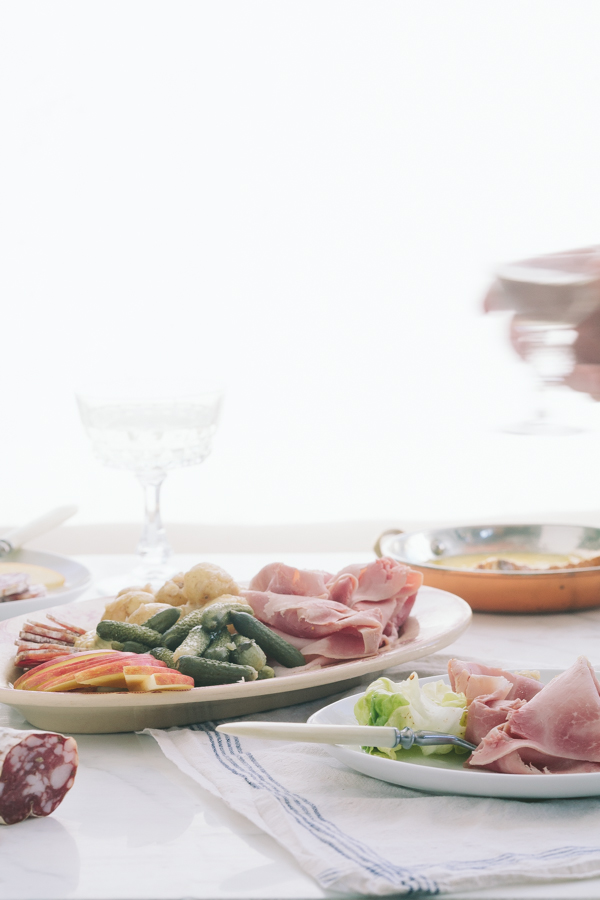 Here too the focus is on the bottom of the image while the top is nearly blown out. There’s a bit of action in the negative space that breathes life to the scene. The focus is then on the table and the food scattered around it. The negative space helps to simplify what could be a cluttered image. 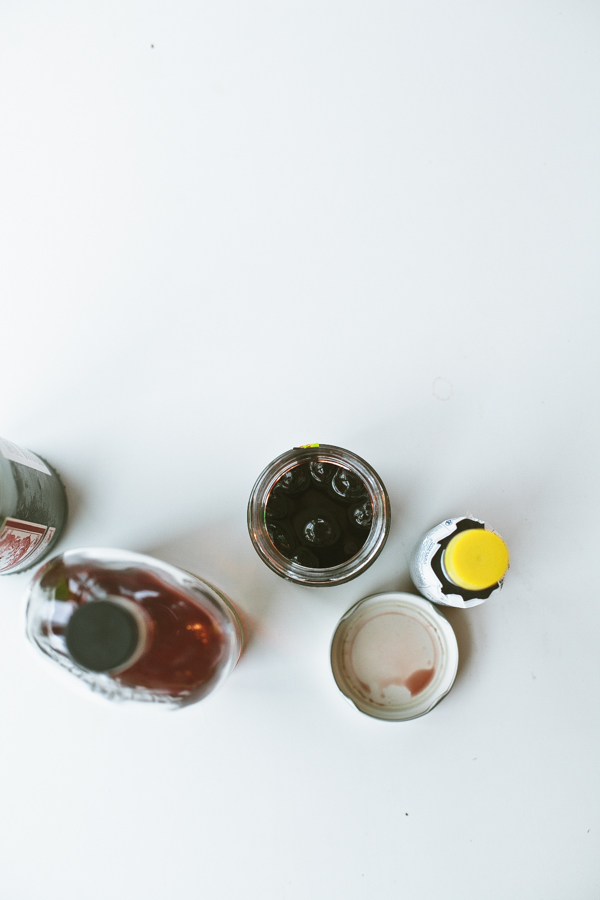 This image is shot overhead and uses negative space on the top and bottom. Very little of the image is taken up with the subject. Because it’s taken overhead and there is so much space around the bottles, it gives the photo a very graphic look. 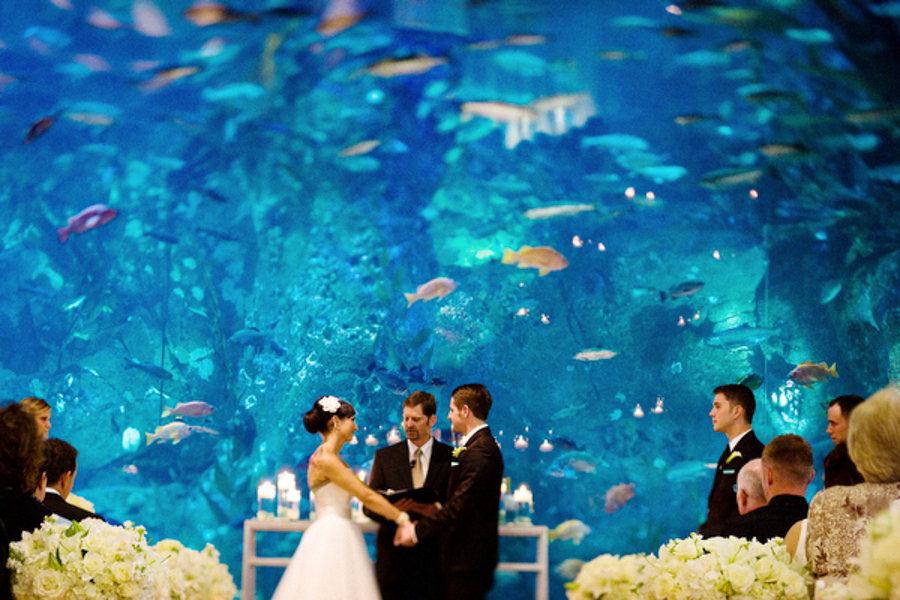 How cool is this shot? Of course, I may be biased as it was my husband that took it. It was shot at the Seattle Aquarium in front of their massive tank, which during the day is surrounded by young kids eager to watch the diver feed all the fish. At night, the tank lights up and becomes an incredible venue for weddings and parties.

Here the focus is on the bride and groom but the massiveness of the fish tank helps to show some scale. I love that it looks like some of the fish are watching the wedding. 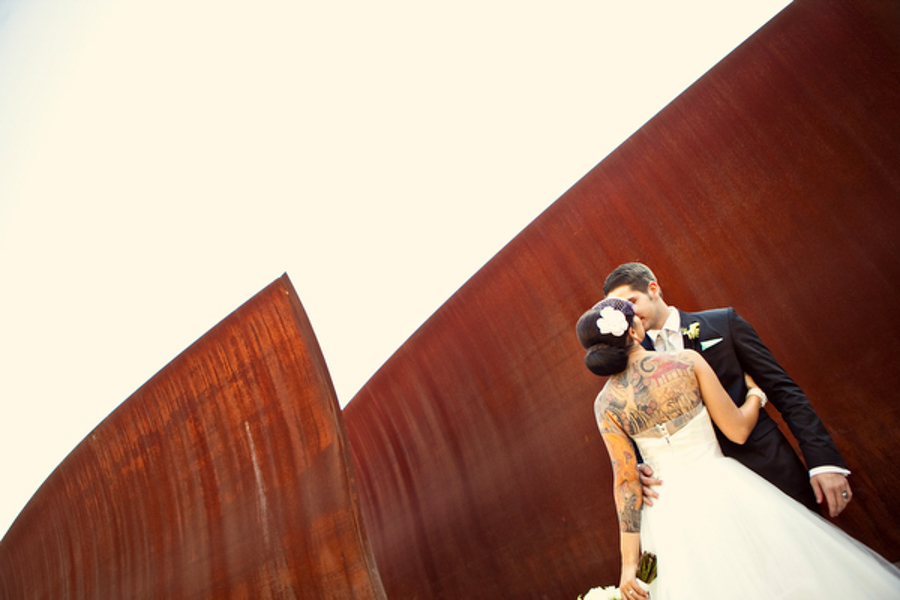 Here we have the use of negative space in a horizontal image. The negative space is angled and present in the sky as well as the sculpture just behind the couple. Both the exterior lines of the sculpture and the lines that run vertically down the steel plates help pull the viewers eye around the image while there remains very little going on here. 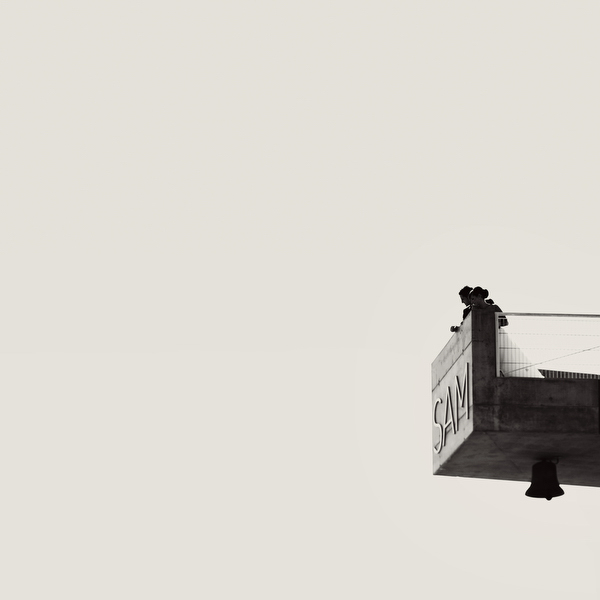 This is extreme example as the subject only takes up maybe 20% of the image. But, I think it really shows how dramatic the effect of negative space can be.

Adding in negative space to your images may take some getting used to. Look at images that have successfully used negative space and learn from them, and then get out and start shooting. Exaggerate the negative space. Try it on the top, bottom and then the sides. The more you practice and play around with it the easier it will become to use negative space effectively.

How do you use negative space to improve your composition?