Let’s talk about fat — the types of fats used in baking, that is. 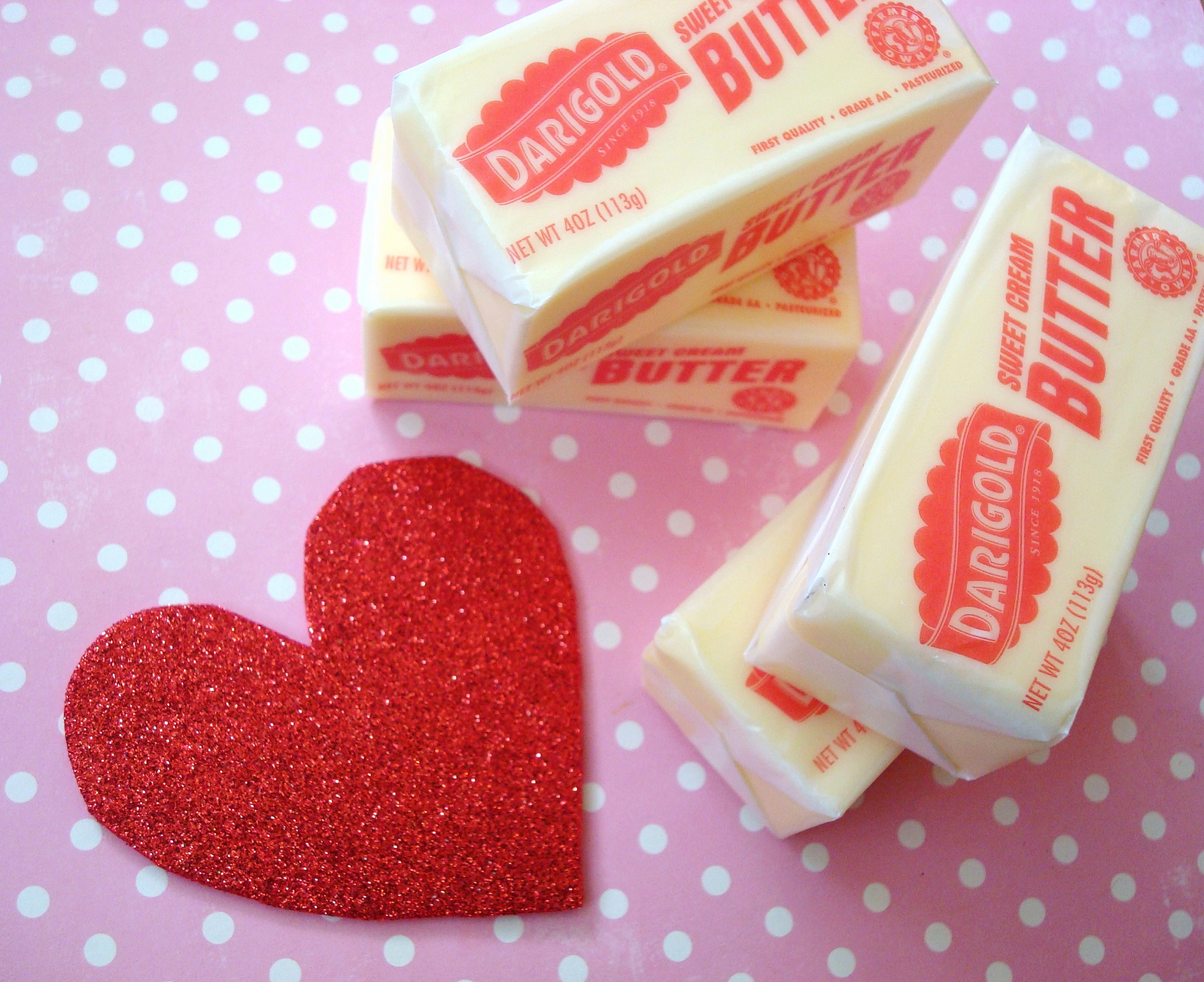 In baking, fat is the magical component that gives your finished baked goods flavor and tenderness.

While butter is largely viewed as the queen of baking fats, it’s far from the only option. Here, we’ll discuss a variety of different fats used in baking and discuss the different uses and advantages of each. 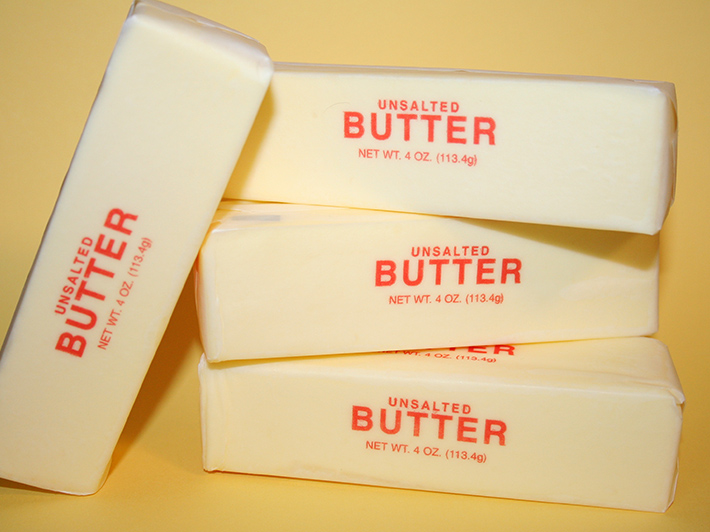 We’ll start with butter, since it’s so often considered the standard in baking. This status of queen bee baking fat is not without reason: It imparts lots of tenderness and flavor, and it can be used in a myriad of ways.

Butter can be creamed and combined with other ingredients to create fluffy cakes and cookies; it can also be used cold in pie crusts and short pastries for a perfectly flaky finish. Butter is also employed in plenty of pastry and baked good toppings and fillings.

Brands such as Smart Balance create a healthy and vegan-friendly alternative to butter. Typically, these substitutes are made from vegetable-based oils that have been processed into a solid state. Look for “baking sticks” in particular to use in baking projects. 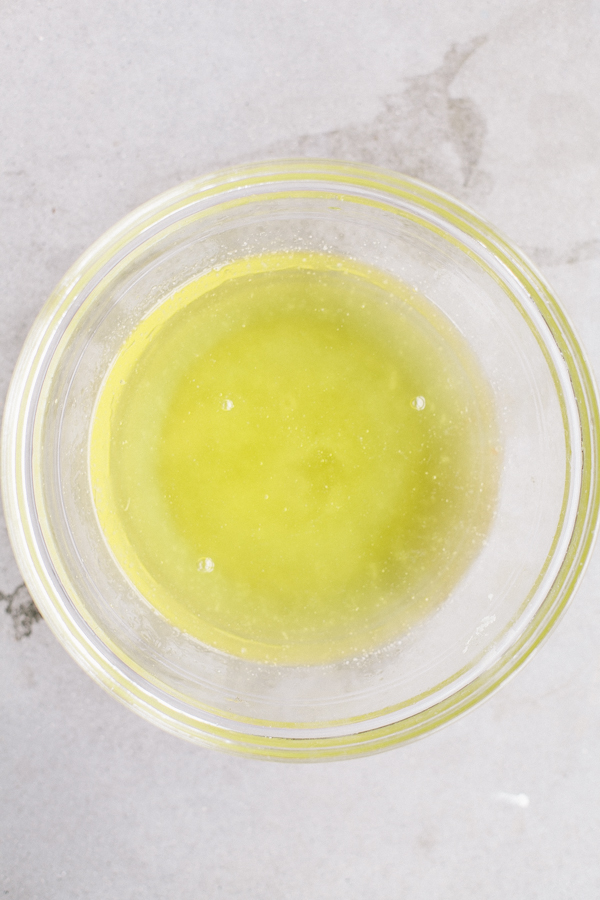 Clarified butter is a type of butter that’s been cooked and the milk solids have been removed. Sometimes, it’s cooked a bit further to the point where it begins to darken in color (this is called browned butter). This makes the butter a little bit richer in flavor, and can become downright nutty in flavor if browned.

Once cooled, clarified butter can be used in baking the same way that regular butter would be. Because it has the milk solids removed, it also has a higher smoke point, so it can be used for frying, too. 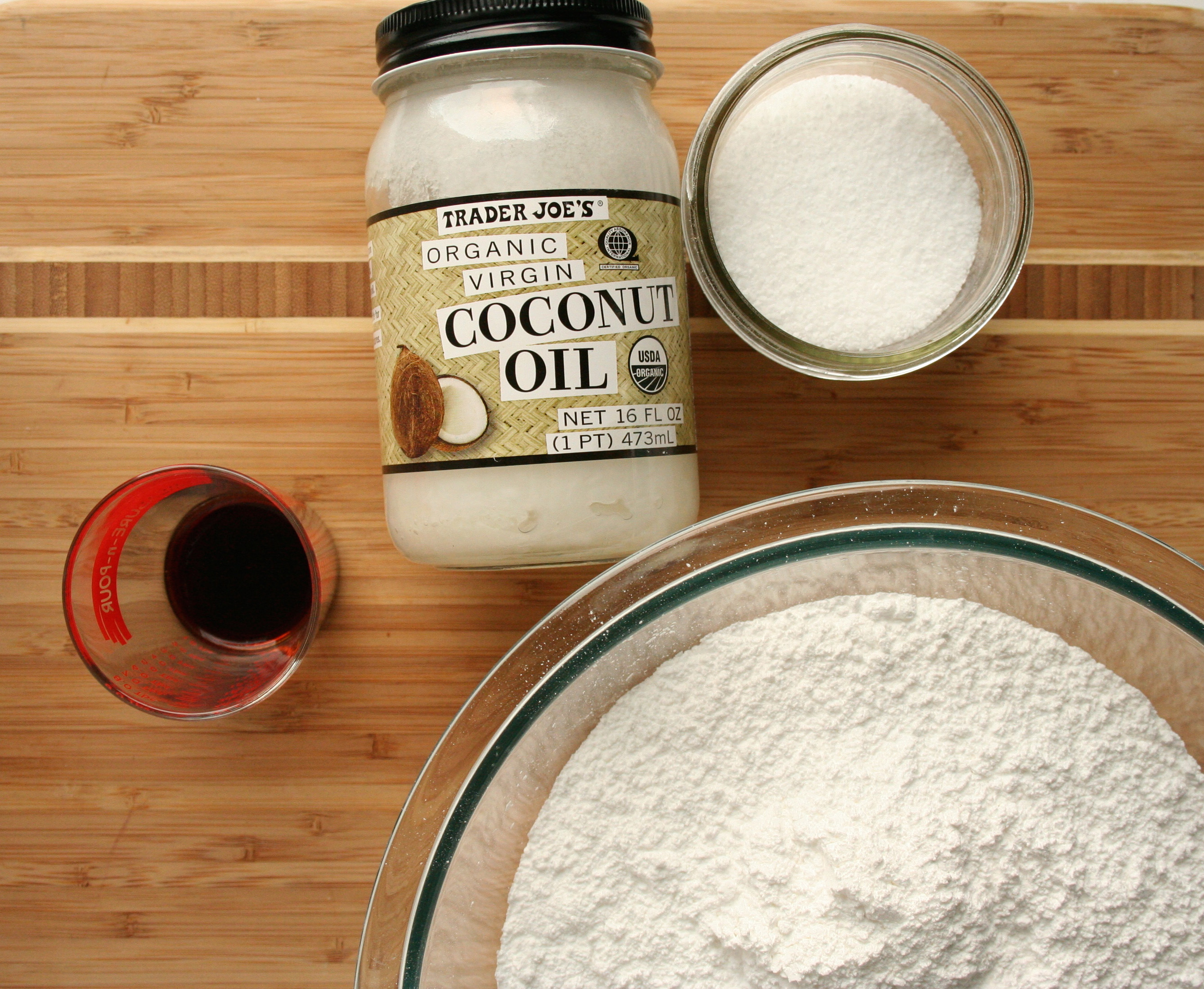 Coconut oil deserves its own entry aside from other oils. It’s unique because it’s solid when cool, but becomes liquid when exposed to slightly higher than room temperatures. This can make it a little bit inconsistent when substituting it for butter.

It can be used in cookies, cakes and even pie crust, and imparts a delicate coconut flavor that can add a unique element to the goodies.

Made from rendered pork fat, lard can be a great asset to baking. Leaf lard (which comes from the fat from around the kidneys) is favored in baking because it yields tender results and doesn’t impart a “porky” flavor.

Lard works extremely well in making pie crusts, yielding an extremely tender and perhaps the flakiest of results. While lard can be used in baked goods, it can cause more spreading in cookies and slightly denser cakes. In general, lard doesn’t perform quite as well in buttercream as butter.

It can be difficult to differentiate between butter substitutes and margarine. Actually, many vegan “butter” products would actually classify as margarine. Instead of dairy milk, it’s composed of hydrogenated or refined plant oils and water.

Of baking, choose a margarine that contains at least 80 percent vegetable oil, as lower-fat margarine varieties will not act the same during baking. In cookies, cakes or pie crusts, it can be used in equal quantities to butter. 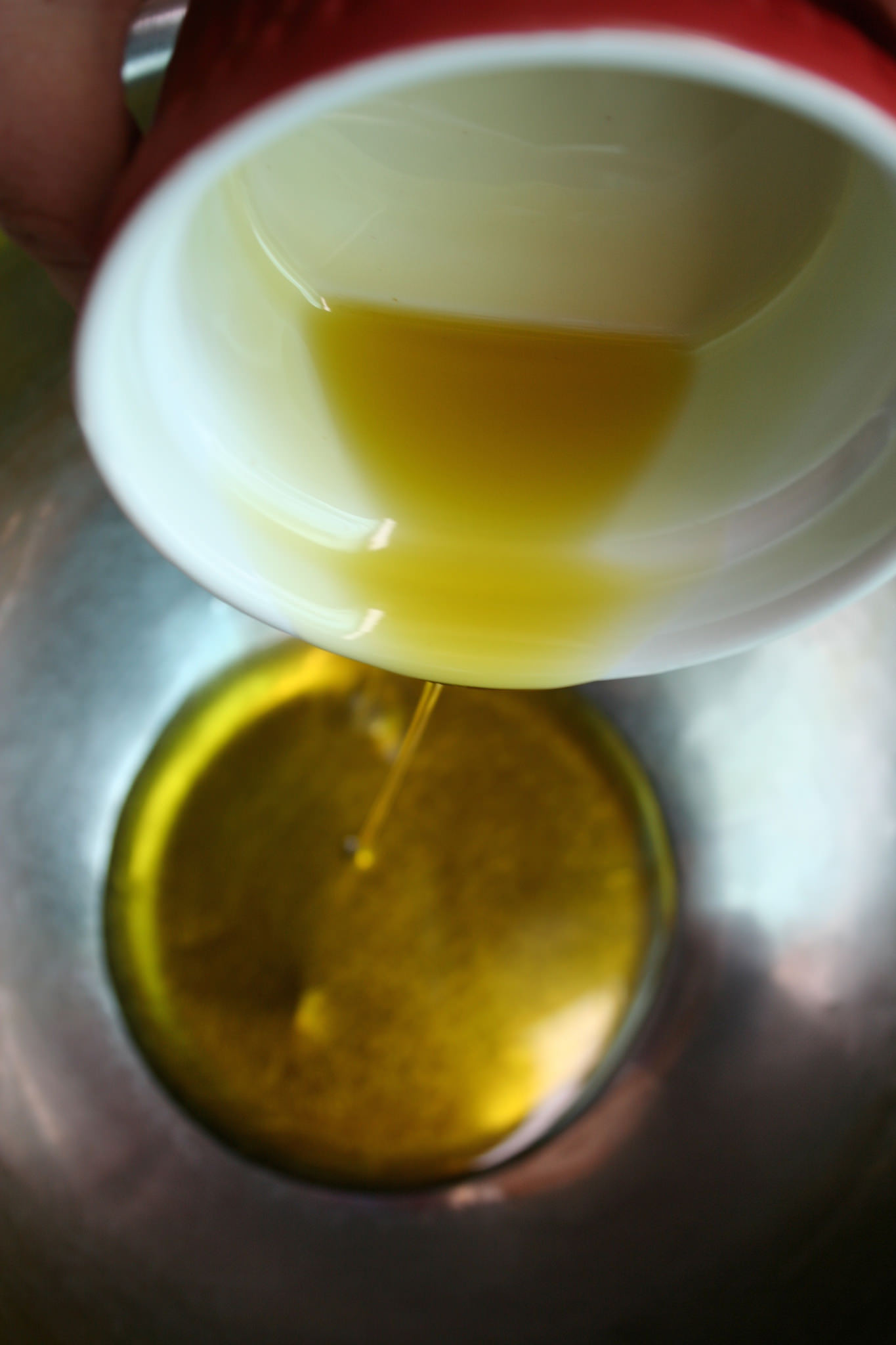 Liquid oils (commonly neutral-flavored oils such as vegetable or canola oil) can be used in many different recipes for baking. Oil is frequently used in quick breads and certain types of cake (such as carrot cake). It results in a slightly more airy, coarse-textured crumb.

When substituting oil for butter in a recipe, reduce the amount slightly: ¾ cup of oil per 1 cup of butter is a good rule of thumb. Oil can sometimes be employed in glazes or sauces and can even be used to make a unique ganache; however, you won’t have much success trying to substitute it for butter in a classic buttercream recipe.

Vegetable shortening is a solid, snow-white fat that has been hydrogenated into a solid state. It can be used interchangeably with butter in recipes. It works well in pie crust, cookies and cakes, imparting a tender texture.

However, one downfall is that vegetable shortening is fairly neutral in flavor, so using all shortening can result in bland results, particularly in baked goods that rely on butter for flavor (like pound cake and shortbread).

Butter-flavored shortening is available, and some bakers prefer to use part shortening and part butter. For instance, crusting buttercream relies on shortening and butter for a combination of structure and flavor.