When observing in painting techniques over time, one can’t help but notice the amazing leap in painting that occurred during the Renaissance period (XIV century). Even though paintings began to look more realist starting in the middle age, or Gothic era (XII century), traditional realism really reach another level during Renaissance. At this time, artists shifted their techniques, beginning to depict shadows and a bit more perspective, that has changed the face of painting as we know it today. 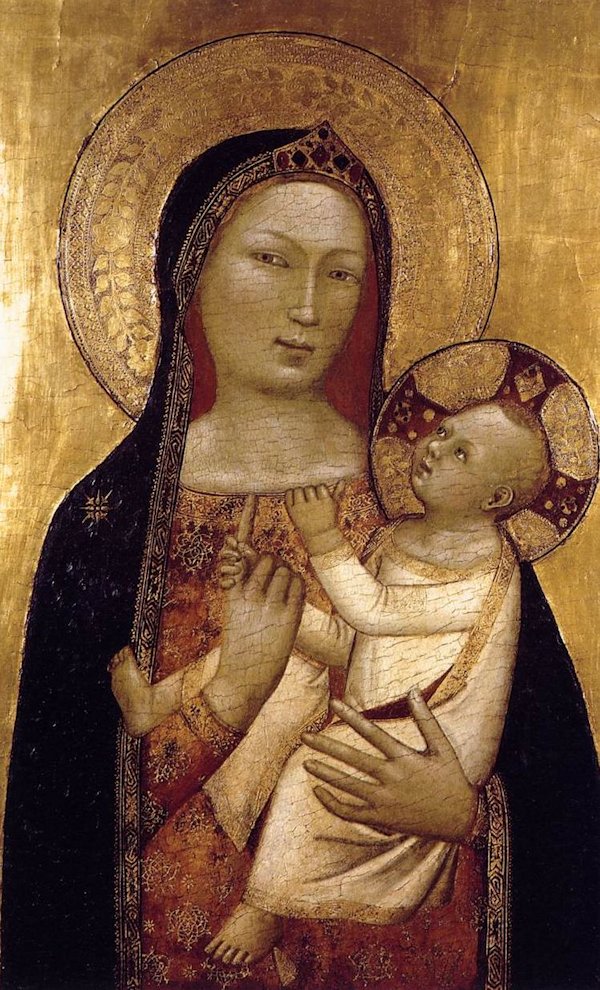 The figures in the above painting show some 3-D effect with a bit of  shading, but there isn’t much depth in the painting. However, traditional realism changed this lack of depth, mostly due to advances in painting techniques and skills. Here are the techniques that allowed paintings to become stunning lifelike.

Linear perspective was invented in the XV century, allowing artists to make paintings that looked like they really had depth and receding elements. Linear perspective is the idea that converging lines will meet at a vanishing point in the painting. Leon Battista Alberti (1404-1472) developed  a linear perspective mathematical  theory that he published in his book Della Pittura. This book had an enormous influence on the way artists would begin to transform their 2-D paintings to 3-D paintings.

Note that often the perceptive was accentuated by architectural details, such as tiles on the floor or receding columns. 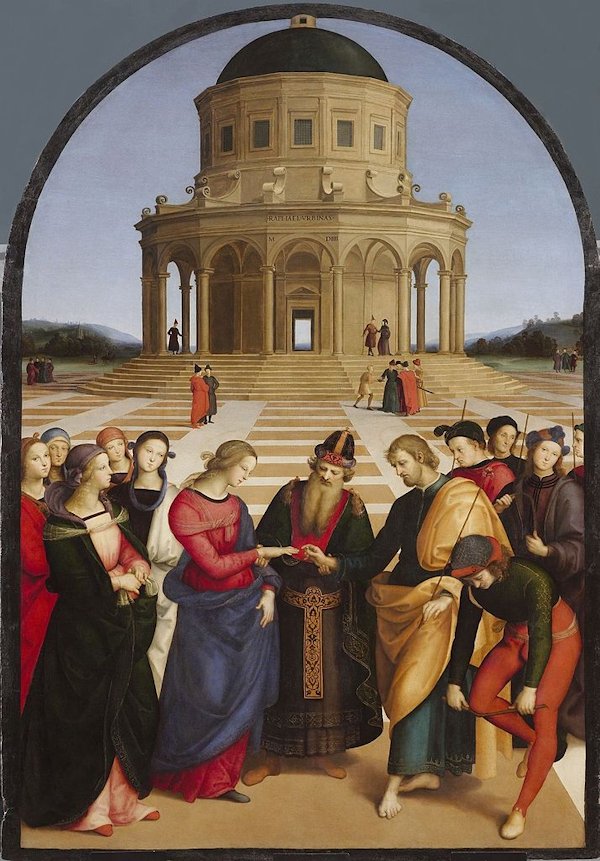 “The Wedding of the Virgin” altarpiece by Raphael via Wikimedia

Foreshortening was also developed during the Renaissance, especially as it became part of an artist’s formal training. Foreshortening is the visual effect that makes an object appear shorter as it becomes closer to a perpendicular angle to the viewer. 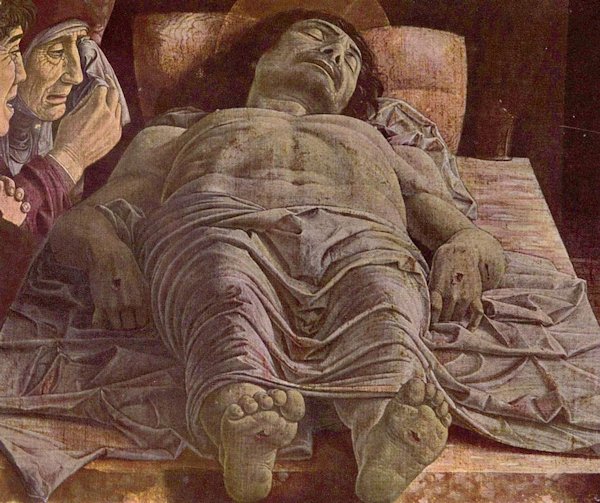 “The Lamentation over the Dead Christ” by Andrea Mantegna via Wikimedia

The above painting is a remarkable example of foreshortening

Sfumato is the blurring of outlines through the gradated blending of colors; it comes from an Italian word translating into English  as “to transform into smoke.” Sfumato makes a painting look more realistic by eliminating hard, unnatural edges not only around figures and objects but also between lighted and shaded areas.

Leonardo Da Vinci developed this stunning technique. If you look at his paintings, you’ll notice the very gradual variation from light to shade as well as the soft focus effect. 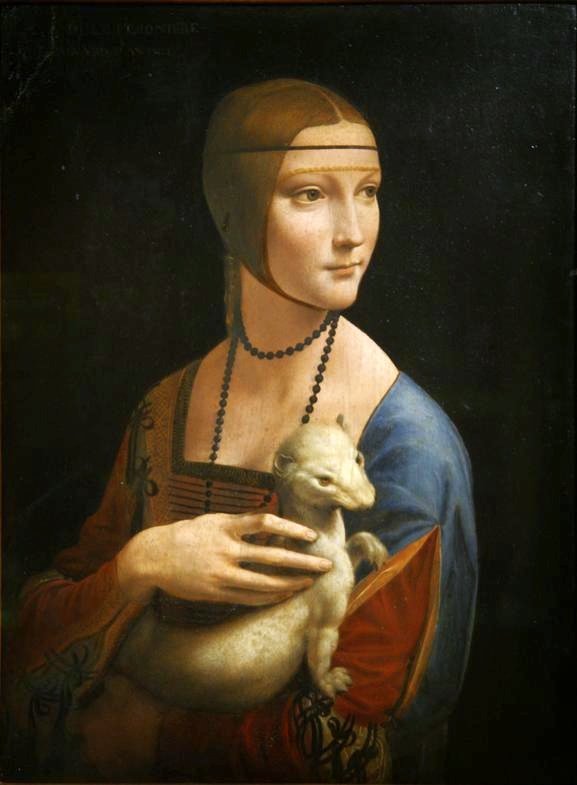 “Lady with an Ermine” by Leonardo Da Vinci via Wikimedia

Chiaroscuro is the term  used to depict a painting with strong contrast between light and shadow, it comes from the Italian word meaning “light to dark.” It also helps the painting achieve a 3-D effect. While it originated during the Renaissance with drawings and wood cuts that exhibited strong contrasts, this technique really became popular with the Baroque artist Caravaggio. His paintings typically show strong lighting, very dark shades and sometimes even a black background, all creating a very dramatic look to the narrative paintings that have been compared to a spotlit stage. 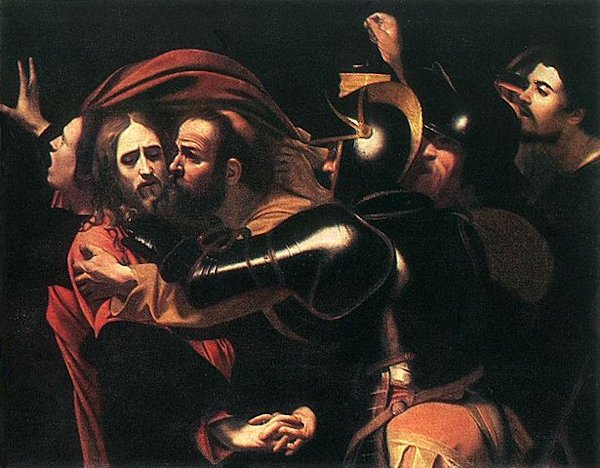 “Taking of Christ” by Caravaggio via Wikimedia

This painting shows very strong elements of lighting and contrast. The main light source is situated on the left side of the canvas; however, we can’t see it

5, Utilisation of the camera obscura

The camera obscura was invented long before the Renaissance. Basically, it is a simple optical system that projects a reverse image on a screen in a dark room through a pinhole.
The British artist David Hockney developed a controversial theory, suggesting that the amazing advances in realism that occurred in the Renaissance era in Italy, Netherlands and Belgium were not only due to better skills and techniques but also due to a widespread use of the camera obscura and various optical systems among artists. You can read here for more on the camera obscura theory as well as check out videos clips of a documentary explaining the theory, produced for the BBC.

Looking to take techniques in realism and apply them to your own work? Then you might also be interested in our class Painting Realistic Watercolors, where you learn how to create luminous, expressive and lifelike paintings using watercolors.

What is your favorite painting from traditional realism during the Renaissance period?