Anyone else finding the Tealeaf Sweater Knit-Along to be a bit of a challenge? Some of us knitters at Bluprint are with you!

Between learning new techniques, stitching together and getting one step closer to a new sweater… there may have been a few curse words. We’ve made mistakes big and small as we’ve stitched — some more cringe-worthy than others.

Read on to find out where we’ve messed up, so that you don’t make the same mistakes!

“I forgot to change to a bigger needle after the lace and had to rip out half of the stockinette,” says Kamie, who heads up our marketing team. That sweater pictured above? Yeah, that’s hers. “I almost cried. It was so depressing that I had a colleague do all the frogging because I couldn’t watch.”

“I was cruising on my stockinette stitch when I realized I had randomly done five of the wrong stitches in the middle of the row,” says Lindsey, our marketing manager.

She was convinced that she’d have to rip out rows and rows to fix it. Luckily, Sunne, our yarn developer, showed her how to ladder back and switch her purls to knits. “My mind was blown by the fact that you could do isolated fixes multiple rows back!”

Not all of us were so lucky to get gauge on our first try. In fact, a few of us — including Jamie, who heads up our eCommerce team. “I had to do my gauge swatch with four different needles before getting the right gauge!” she says. Don’t worry — she’s smoothly stitching now.

Knitting editor Stephanie casted on three too few stitches. Normally, this wouldn’t be a big deal — she’d just throw in a couple increases. “Since the ribbing flows really nicely into the lace pattern when done correctly, so I ripped it out and started over again,” she says. Her advice? Triple count your cast on (for any project!)

The “my dog ate my homework” 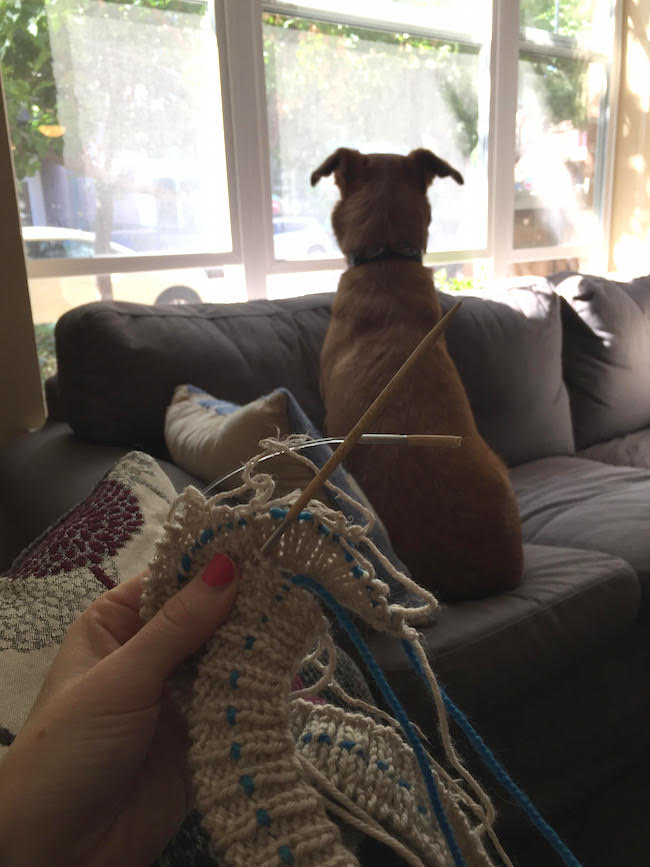 No joke, our blog editor Kristin’s work came to halt when her pup accidentally chewed up her needles mid-project. And as if that wasn’t bad enough, “I knit the flat lace section following the in-the-round pattern, so it looked all wrong,” she says. “It didn’t look terrible, so I thought about keeping it, but I just lost all excitement about the project.” So the frogging began! 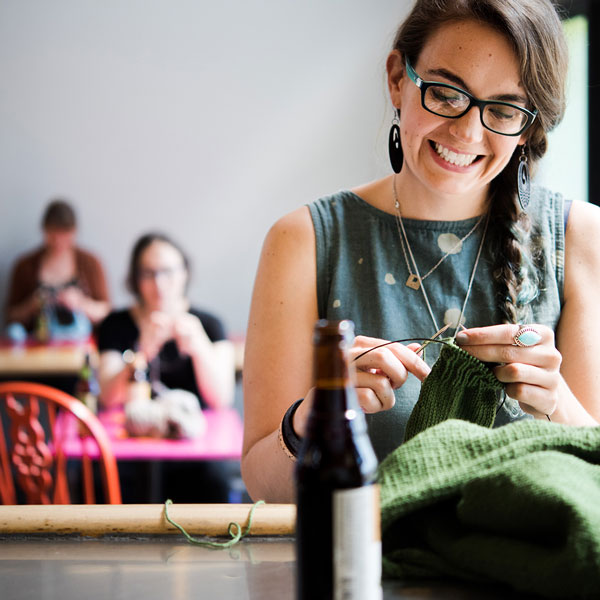 Find out what our Tealeaf Sweater Knit-Along is all about. We hope you can join us!Check It Out

One Response to “#SweaterTogether: 5 Mistakes We Made (So You Don’t Have To)”