The wonderful thing about photographing shadows is their variety: They can be shallow or long, hard or soft-edged, simple or complex. They can also be used as the main subject in your composition, or at least as a central element of it. Read on for creative ways to take stunning shadow photography.

Shadows as the main subject

To photograph a shadow as the main subject of your composition, do not include any (or at least not much) of the source that is creating the shadow. Otherwise, its inclusion could distract from the shot. In the photo below, taken in the sand dunes of Turpan, China, it was easy to keep the objects out of the shot, as it was taken while riding a camel. 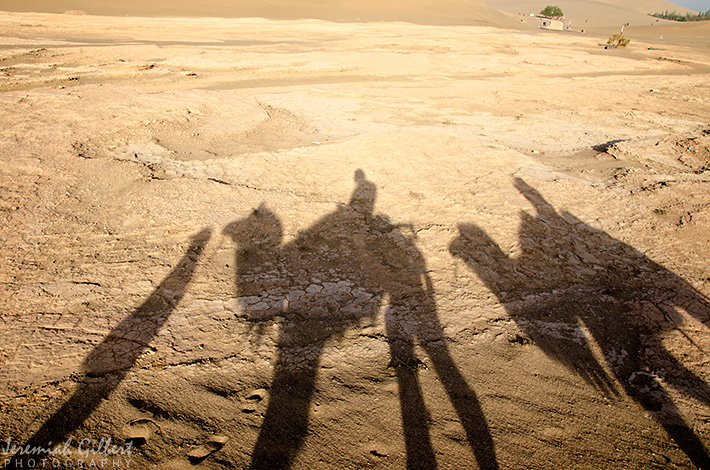 One of the challenges of photographing your own shadow is to not look as if you’re taking a photo. For this photo, I entered the settings I wanted and then used the LCD on the back of the camera to compose the shot while holding the camera close to my chest, rather than holding up the camera to use the viewfinder. Keeping my balance was the tricky part.

Shadows can introduce an interesting foreground into your photo, particularly if the foreground is otherwise unexciting. I took two versions of the photo below. What first caught my eye was the old man sitting at the edge of the building. However, I knew I wanted to shoot him small, placing him within the scene rather than a tight shot that would take him out of context. 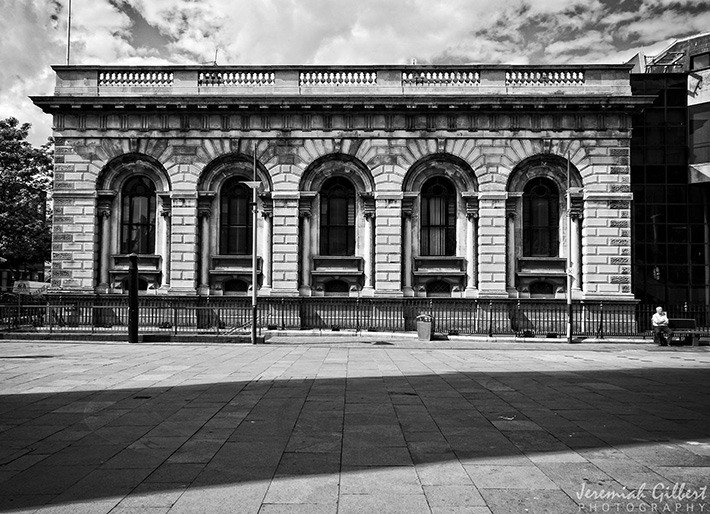 The first photo I took did not include the shadow running across the bottom. A few minutes later, I came across the same scene. This time, there was this striking shadow that added complexity and gave some interest to the foreground. The shadow also draws the eye across the bottom of the photo to the old man.

Include what’s behind you

The following photo was taken in Council Square in Brasov, Romania. A challenge with photographing squares is that you cannot capture the whole scene, only what is in front of the camera, even though you are often surrounded by buildings. Including shadows in your shot, however, can give a sense of what is behind the camera — in this case, the outline of the buildings behind me. 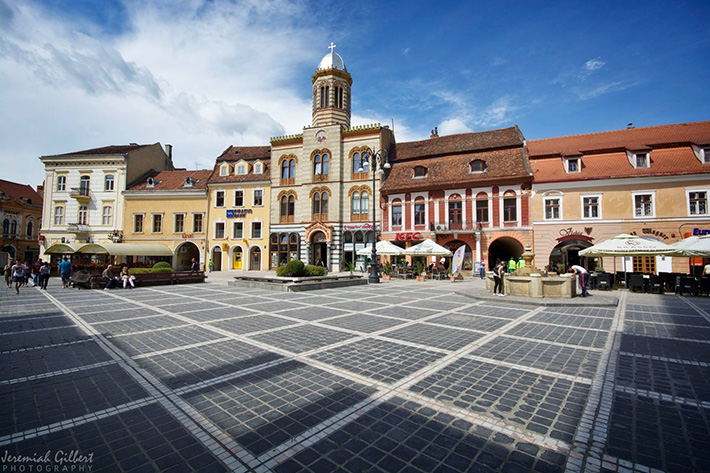 To do this, make sure that the light is behind you and casting a shadow long enough to fit into the frame. This photo was shot with a wide-angle lens, though waiting later in the day for the shadows to lengthen could have accomplished a similar composition. Of course, wait too late and you may find yourself needing a tripod.

A photograph is a two dimensional representation of a three dimensional world. That said, this does not mean that all photographs should look flat. Shadows can very nicely add depth to a photo. They can add curvature to a portrait, for instance, or provide a sense of scale. 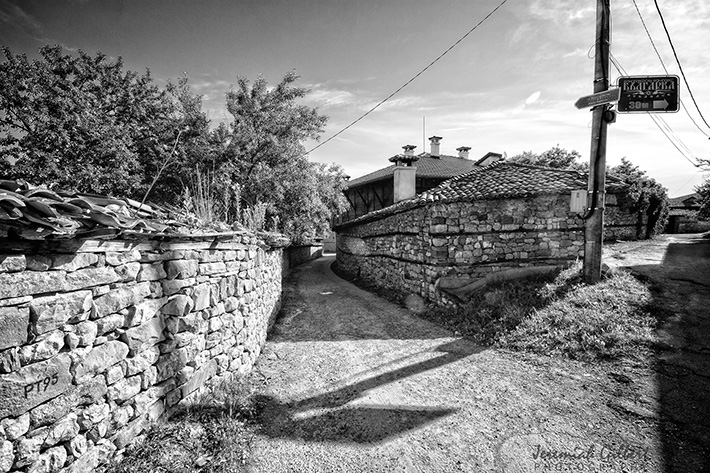 The above photo, taken in Arbanassi, Bulgaria, already has a sense of depth due to the road leading away. In addition, the shadow from the sign and the pole give another element of depth. This shadow also draws the eye nicely along the scene, almost providing a frame for the aforementioned road.

Shadows can be a fraction of their source’s length or many times their length. The size depends on the angle of the light creating the photo and the angle of the camera used to capture the scene. While in Amsterdam, I became fascinated with all of the bicycles littering the city but, after a time, realized I needed something more than just bicycles to make interesting shots. 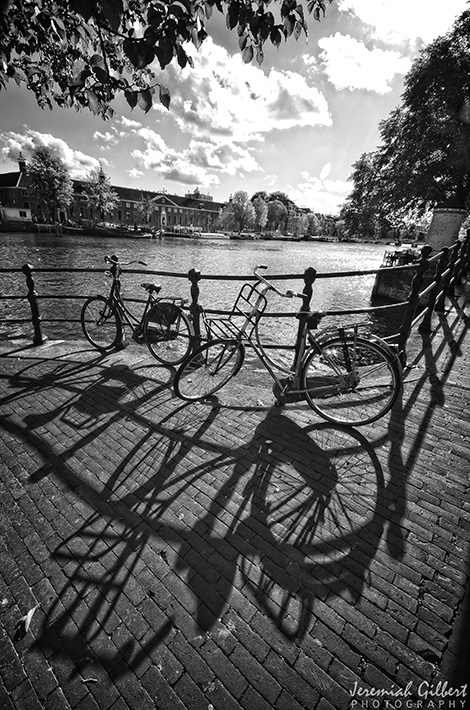 Enter a low sun and a wide-angle lens, and the photo now has an exaggerated shadow that makes the shot much more interesting. I could fortunately hide the sun behind some clouds and use my height (and lens) to get slightly above the bicycles, adding even more exaggeration to the shadows.

There are, of course, many other ways to incorporate shadows into your compositions. These examples are intended to provide some ways you may not have thought of before and will hopefully encourage you to find your own way of using shadows in your photography.

Capture Dramatic Light In Your Photos

Turn the light that’s available into all the light you need for impactful photographs — day or night. Learn the tricks of the trade from a renowned photographer in this video class. Enroll Now »