I often have what I call “sewing emergencies.” A sewing emergency happens when I have an important event coming up that I wanted to sew for, but I’ve procrastinated and haven’t left nearly enough time to sew anything decent, whether it be a dress or just a small accessory. That’s when sewing shortcuts come in very handy.

I’ll warn you: If you’re a sewing perfectionist, you’ll cringe when you read this. My sewing shortcuts break a lot of rules. I only use them in these sewing emergencies when I need to figure out how to sew faster. The sewing shortcuts work great for everything from Halloween costumes to any other garment that you’re only planning to wear once.

Here are just a few of the ways I’ve learned how to sew faster. Take some of these sewing shortcuts next time you’re crunched for time! 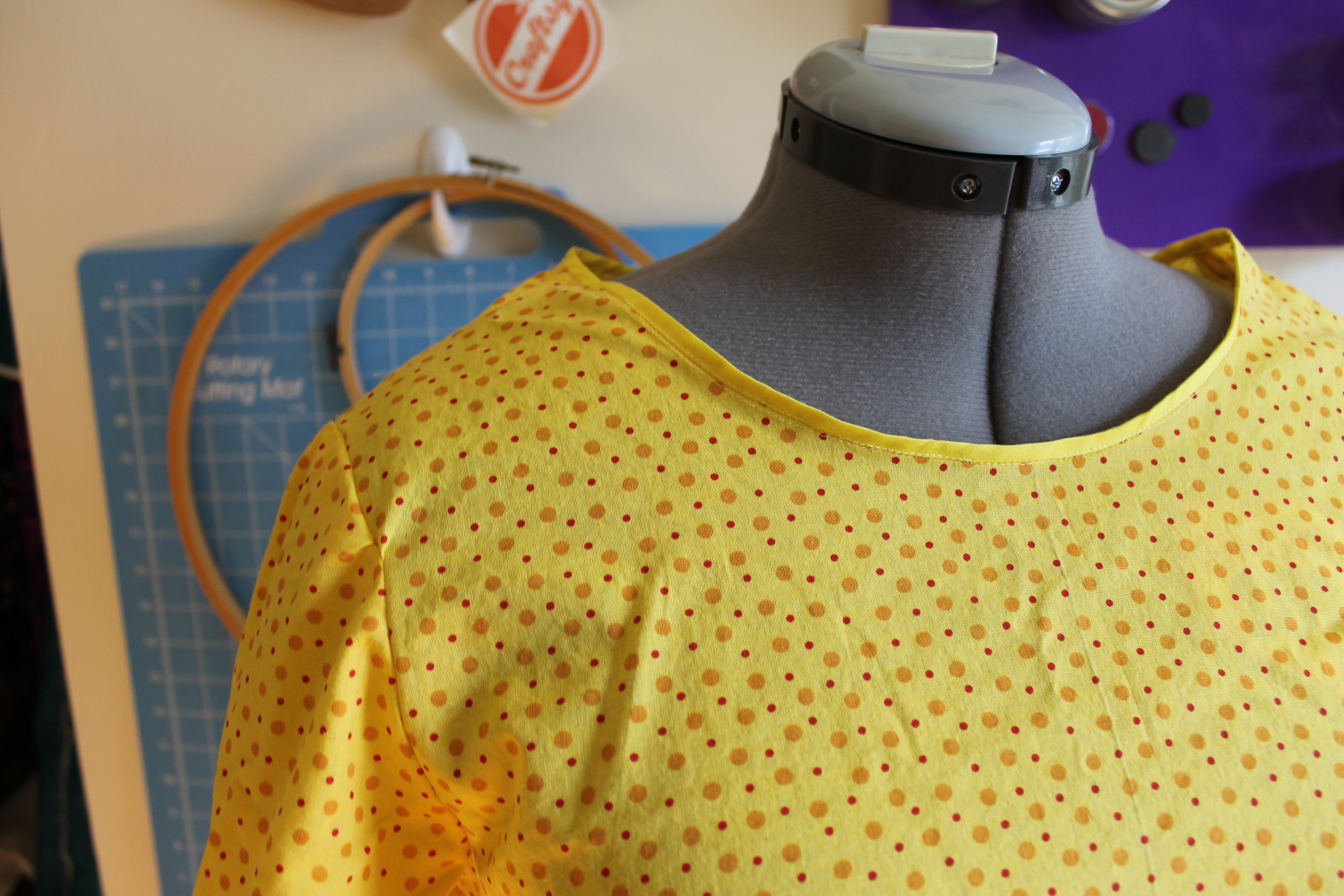 It’s not perfect, but I sewed this dress in less than two hours and finished it in time for Halloween!

1. Choose a pattern with as few pieces as possible.

Fewer pattern pieces means less cutting and less seaming. When I was in a rush to make a Halloween costume last year (I was Fantastic Mrs. Fox), I chose the Laurel Dress from Colette Patterns. It’s a shift dress, so it only had two pieces, plus sleeves.

2. Choose a pattern with familiar skills — maybe even one you’ve sewn before.

When I made my Halloween costume, I didn’t bother pinning the seams that were straight. I put the side seams of the dress front and back together, then just pulled those babies through the machine without a second thought.

If you’re only going to wear the dress once, why bother? The other option is to finish the seams after you’ve worn the dress once, just in case you find another use for it later.

5. Press as many seams at once as you possibly can.

Let’s say your pattern uses facings, but you know that using bias tape on that neckline is going to be much faster. Or maybe the pattern asks you to make a lining, but you can just as easily throw a slip on under that skirt just this once. Get creative!

Get the garment industry secrets you need to sew stunning jackets and more with greater precision and efficiency than you ever thought possible when you sign up for the online sewing class Sew Better, Sew Faster: Garment Industry Secrets.

Do you ever take shortcuts when you’re sewing in a hurry? I’d love to hear some of your tips for sewing faster!