The more you sew, the more you’ll come upon words and phrases that make you raise an eyebrow. Basting? It has nothing to do with your Thanksgiving turkey. Grading? We’re not talking about getting an A+ on a paper. 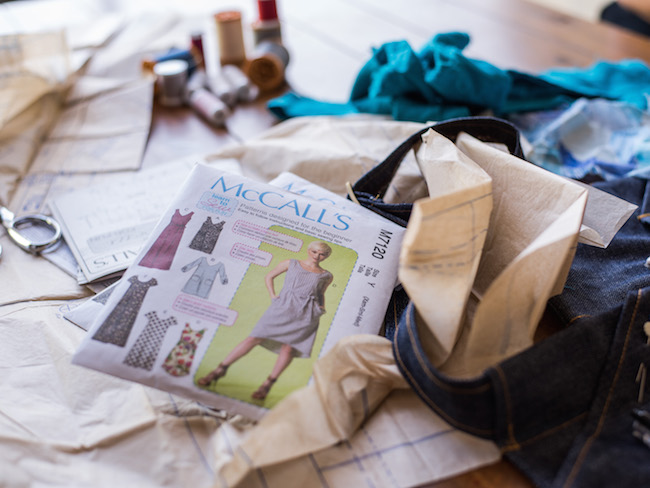 In this sewing glossary, we’ll walk you through some of the most common sewing terms and what they mean

Basting stitches are temporary long running stitches, made by machine or hand, that hold fabric together before the final permanent stitching.

When you clip fabric, you make snips in the seam allowance, up to but not through the stitching, to allow the fabric to open around curves or to lay flat.

The line of fabric perpendicular to the selvage edge of the fabric.

A dart is a folded wedge of fabric used to shape a garment, particularly over curves. 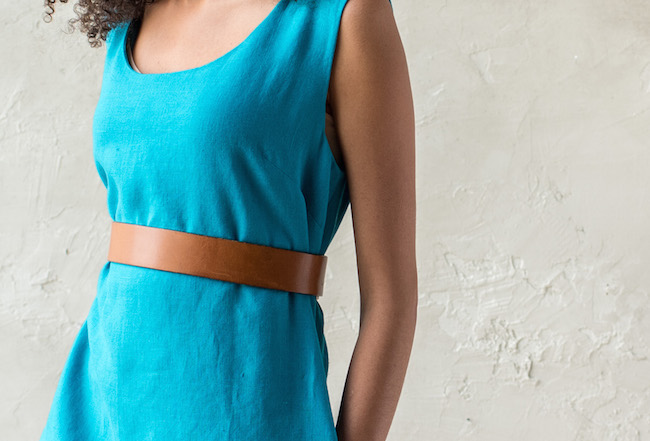 A line of stitching very close to a seam line or garment edge.

A fabric piece used to create a finished edge on a garment, mirroring the edge it is sewn to and creating a enclosed edge. Typically used for necklines, edges with closures, or armholes.

A French seam is a finished seam in which the seam is initially stitched with wrong sides together, then flipped inside and stitched right sides together. This encloses the seam allowance, creating a clean finish on the inside of the garment.

The process of taking up a length of fabric in order to seam it to a shorter piece of fabric.

After a seam is stitched, the two layers are trimmed to a different width in order to prevent a ridge showing on the outside of the garment seam. A second definition of Grading is the process of converting a pattern size to a larger or smaller size.

The imaginary line running lengthwise on the fabric, always parallel to the selvage edge. The grain line is marked on pattern pieces with a straight line, usually with arrows at either end, and marked as “grain line” or “straight grain.” 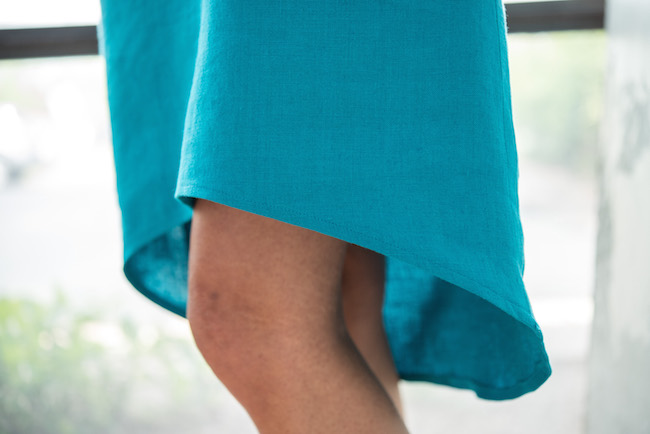 The finished bottom edge of a garment, usually folded up and sewn.

A layer of of fabric used to stabilize the fashion fabric in a garment. Interfacing can be woven or non-woven, fusible or sew in.

A fabric texture that runs in a specific direction (for example, velvets and corduroys). Nap requires that all pieces be placed and cut in the same orientation. Prints that have directionality may not have a textured nap but also need care when placing pattern pieces.

The line where two pieces of fabric are sewn together.

The seam allowance is the distance from the edge of the cut fabric piece to the stitching, which can vary according to the pattern and fabric. 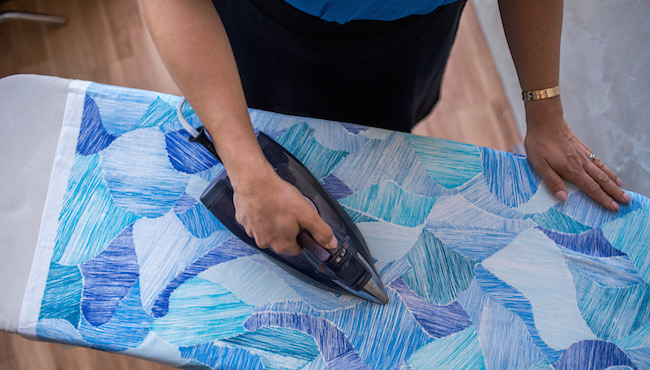 The woven edge of a fabric that runs parallel to the lengthwise grain. When you purchase fabric, it is cut across the crosswise grain, at a 90-degree angle to the selvage. (Also spelled selvedge in the U.K.)

A line of machine stitches on or near the seamline, stitched on a single layer of fabric, used to stabilize a cut edge.

The length of a single stitch, which affects the amount of fabric moved through the machine per stitch. Fewer stitches per inch means each stitch is longer, up to and including basting stitches.

Topstitching is a row of stitches seen on the outside of a garment. They can be decorative and also add strength and wearing ability to an item. 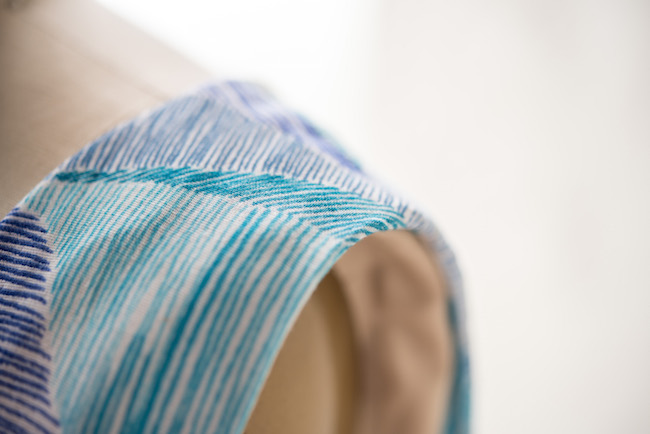 A row of stitching that attaches the facing to the seam allowance on the inside of the garment.

The side of the fabric intended to be on the inside of the garment. On some fabrics it is apparent which is the wrong or right side, such as on prints, but on other fabrics both sides can look the same.

A length of fabric. Patterns will indicate required yardage needed for a garment in a specific size, detailing how much yardage is needed.