Autumn is a time to start harvesting all those goodies from your garden, but it’s time for something else too: seed saving. Why continue buying new seed packets every year when you can just save the seeds from your bounty and grow next year for free? 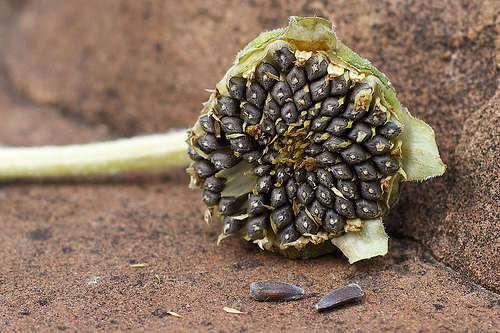 Gardeners and farmers have been saving seeds from their best crops for centuries. The practice used to be done out of pure necessity, but with the rise of garden centers and seed catalogs, today’s gardeners don’t need to rely on this age-old practice. Even so, there are several reasons to save seeds from your garden harvest this year!

An average packet of seeds isn’t expensive, but they add up quickly. Even a small order from a seed company will still run around $30, and if you could save that on seeds it could be spent on some other garden necessity. Saving seeds is absolutely free, the only thing spent is a bit of time.

Not only is it a great way to save money on next year’s garden, seed saving gives you the security of knowing you control your own supply. If there’s a shortage or discontinuation of your favorite varieties of plants next year, you won’t have to worry! Not only that, if zombies attack, you’ll have a step up on your neighbor if you don’t have to rely on outside sources for your kitchen garden.

Heirloom crops are those that have remained unaltered since before 1951. Some types are hundreds of years old, being passed down from generation to generation. Many heirloom vegetables and fruits would have been lost decades ago if home gardeners hadn’t taken the time to save their seeds and pass them down. Make your grandmother proud by saving the seeds of her prized tomato, and passing them down to your children.

Not all seeds are created equal. There are some types that are a definite yes for saving and some that are an absolute no. Now that we know why people save seeds, let’s look into which types of seeds to save! 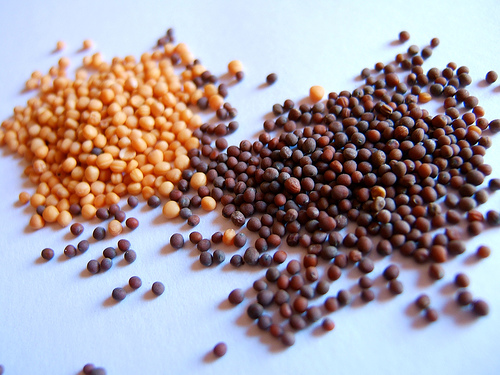 These are seeds that are produced by crossing two parent plants of the same variety, resulting in seeds and plants that are true to the parents. These plants reproduce by wind, insects, birds or other natural means.

There are two types of open pollinated seeds:

Heirloom seeds come from open-pollinated plants that have been around for generations. There is much debate on the definition of heirloom plants, some simply say they need to go back several generations and some insist they must have been around since before World War II.

Open-pollinated and heirloom seeds can be saved and re-grown the next year to produce plants that are identical to the previous year. The only thing to be careful of is plants that produce by cross-pollination, such as squash and corn. If you plant several varieties of these plants, they will cross-pollinate with each other and produce plants with seeds from both parents. Avoid this by planting only one variety, planting types that flower at different times, or keep the plants very far from each other.

These are seeds that result from the crossing of two different plant varieties.

Hybrid seeds can happen naturally by cross-pollination, or they can happen intentionally by plant breeders carefully selecting and hand-pollinating two parent plants in order to produce offspring with specific characteristics.

If you’re looking to save seeds and grow the exact same plant the next year, go with open-pollinated or heirloom varieties, but if you want to play the game of chance, you can save hybrid seeds.

Don’t even think about it saving me!

These are seeds that have had their genetic makeup altered by introducing genes from a separate species, such as animals and bacteria, resulting in plants that have certain desirable characteristics such as resistance to disease and pest problems. These differ from hybrid seeds as the alteration does not happen naturally by cross pollination, but by using molecular genetics to splice genes and introduce the DNA of a foreign species to the plant.

GMO seeds cannot be saved to re-grow. Although they would grow true to their parent, GMO seeds are patented by their maker, prohibiting gardeners and farmers from saving their seeds and re-growing the crop the next year for free. 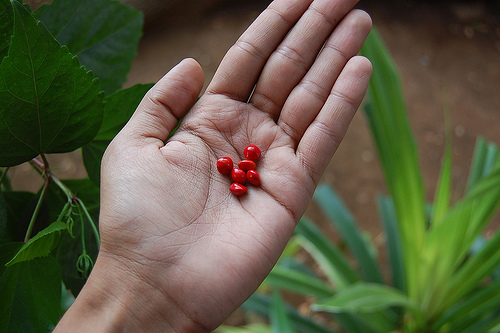 Now that we know which seeds to save and which not to, let’s move on!

What you need to know before you start saving seeds

Seeds should only be saved from plants that performed outstandingly well this year. If you save the seeds from a plant that had problems, you may be passing on that quality to next year’s plant. Instead, save seeds from your top producers, those that had no issues with disease, pests or growth.

Wait until the perfect time

The best time to collect seeds depends on the type you’re collecting. We’ll cover this in depth in a future post, but for now take notes. Wait until the plant has matured and the flowers have gone through their full development before collecting seeds. Fruits and veggies must be perfectly ripe before plucking to harvest the seeds.

If your desired seeds are coming from a pod, don’t collect them until they have dried on the plant, but watch them carefully to make sure they don’t fall off or burst open before you can get to them.

Pick the best seeds to save

Only save seeds that look healthy, not any that look out of the ordinary. Undesirable seeds would be flat, discolored, squishy, or sprouted.

Tune in next week for another installment on saving seeds in which we’ll cover how to go about saving seeds from your garden favorites! 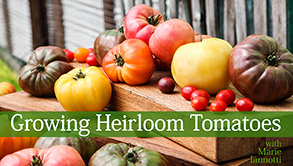 Grow healthy heirloom tomatoes every year! Sign up for the Craftsy class Growing Heirloom Tomatoes to learn how to nurture your seedlings, properly feed your plants, keep pests away and more through hours of high definition instruction from gardening expert Marie Iannotti.

Learn for life! With lifetime access to your classes, you can watch lessons at your preferred pace and easily revisit your favorite concepts with just a click.

Kick up your feet! Enjoy classes anytime from the convenience of your home or even on-the-go with our mobile apps.

Get personalized guidance! Ask your instructor questions to receive all the answers and feedback you need to succeed.

Love it! There’s no risk in trying with our 100% money back guarantee.