Chances are, you’ve noticed ruffled buttercream cakes in magazines; now you can learn to make them! Don’t worry, these cakes are much easier to create than they look. Call them an optical illusion if you wish, because you are going to love making these cakes to wow your friends and family. They are fast, fun, easy to learn and everyone loves them! 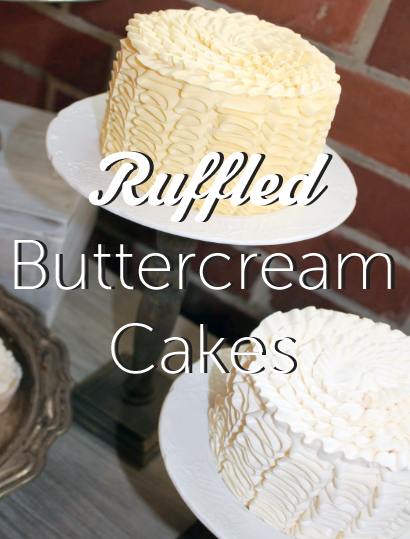 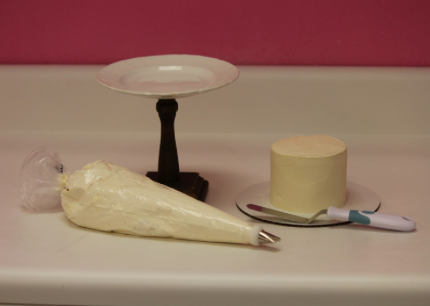 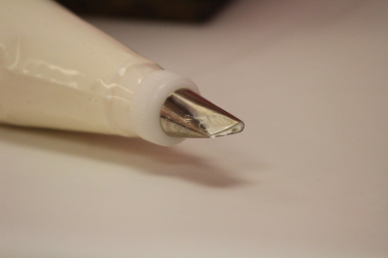 Here is the rose tip I used, it is a Wilton 104. Notice how it has a wide end and a thin end, this will come in very handy later! 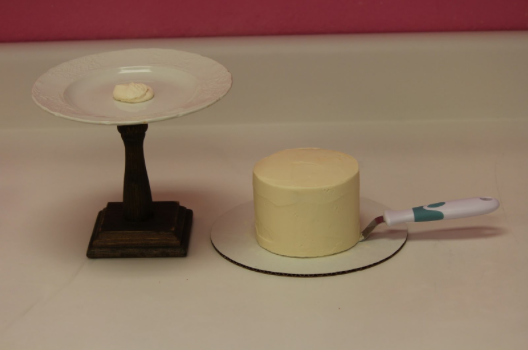 Transfer your cake to your cake plate or prepared board. If you are doing a 2+ tiered ruffled cake, now is the best time to stack your cakes.

Also, if you are using a colored buttercream for your ruffles, do a thin coat of the same color over your crumb coat because sometimes ruffles don’t touch, leaving a gap. And having a white background against a dark ruffle only makes the mistakes stand out more. 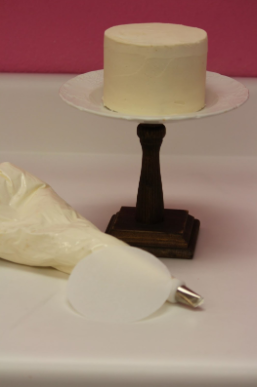 Now we want to prepare the cake and give ourselves a guide to follow when piping the ruffles. This step will give you a much cleaner look and save you a lot of frustration later. 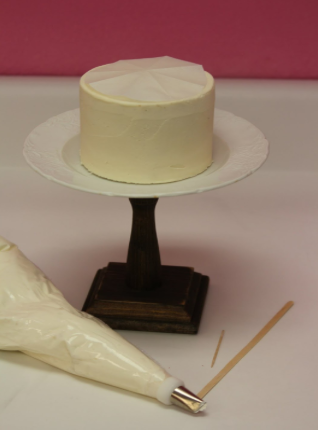 Take your parchment paper that is the size of your cake and fold it in half; now fold it again the other way. Keep folding until you have the size of ruffles you want on the cake. Open it up and place the parchment on the top of the cake. You now have perfectly spaced markings! 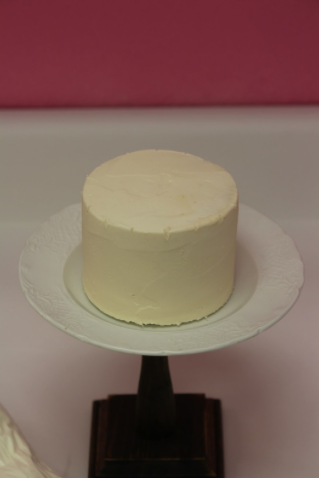 Using a toothpick, mark the buttercream at each fold in the parchment. 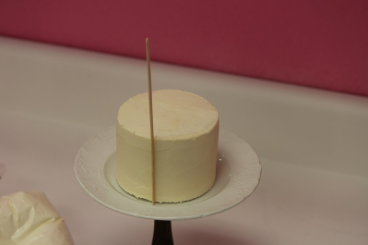 Now, using a long skewer or stirring stick mark a faint line all the way down the cake. This will help you stay in the lines as you move up the cake. 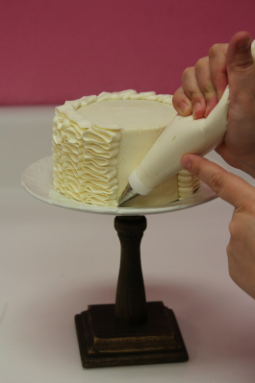 Starting at the bottom, start piping across the the next line, then back to your original line. Continue going back and forth up the cake until you reach the top of the cake, then start on the next row. 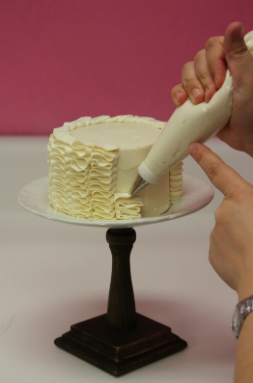 Continue your columns around the cake.

Once you have finished the sides, you can start on the top. It is best to begin in the center of the cake. If you have a turntable, this is a great time to use it! 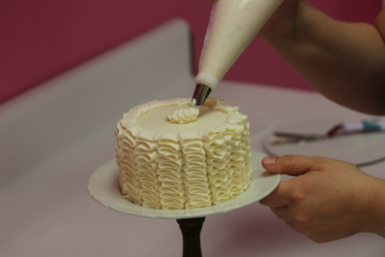 The trick is to shake the bag slightly up and down while turning the cake at the same time. You want your ruffles to be standing up on the cake, not lying down the way they are on the sides. 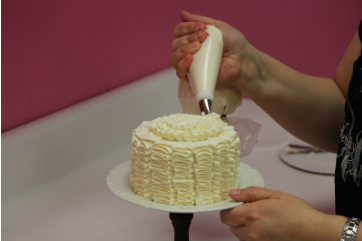 Continue spiraling out until you reach the edge of the cake. 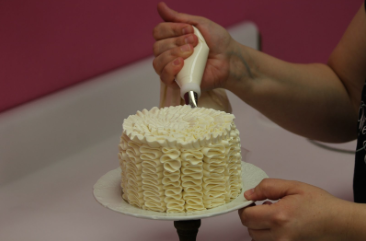 For the final ruffle around the edge you want to lay it down just slightly to cover the top of the columns and to blend better with them. 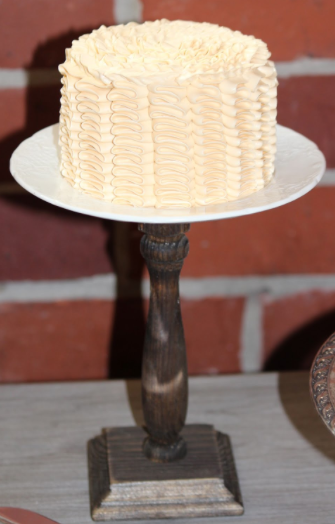 And voilà, you now have a beautiful buttercream cake that will bring joy to any party! If you want to learn more about using buttercream, check out Joshua John Russell’s FREE online mini-class Modern Buttercream.

Come on back to the Craftsy blog tomorrow to see beautiful sweet 16 cakes!