There are a few different ways to make edible ruffles that are too pretty to eat, and one method that’s gaining popularity using specialty ruffle piping tips. 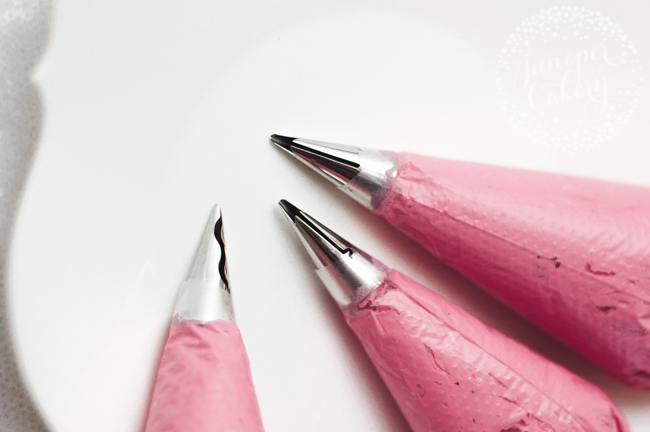 You can get slight variations in style with different shaped nozzles — some more textured and some much more relaxed. Read on for some handy advice on creating the perfect piped frills.

How to use ruffle piping tips

To create these three sets of pretty frills (you can use buttercream or royal icing) we used a Ateco Ruffle Tip Set, which includes three tips: 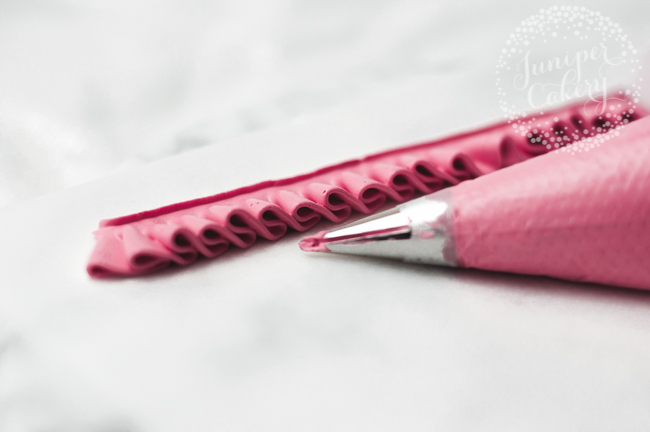 Tip No. 070 by Ateco, which has a thin, straight line down its side, is probably the most versatile of ruffle tips. It pipes out a simple frill with a subtle border along the tip. It’s great for layering up ruffles. We love the idea of piping lots of ruffles and edging the border with edible sugar pearls or piped pearls and shells. 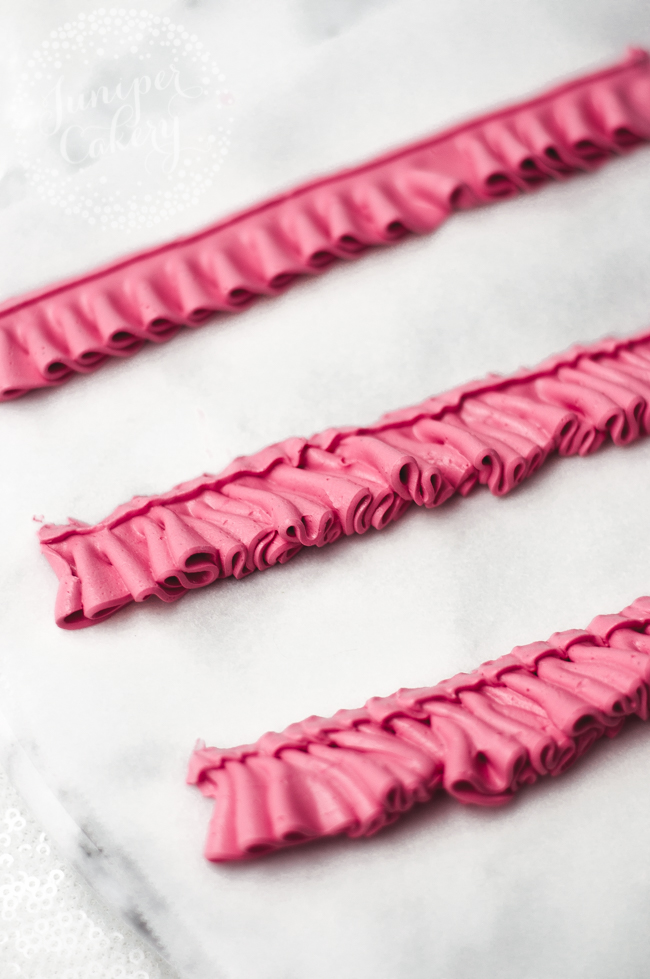 To make your ruffles perfectly even, map out measured lines along your project. You can use edible markers to draw where you need to pipe. If you’re working with only one color, then you can scour or scribe your lines in place with a food-safe ruler and a blade tool or a scriber for dried flooded cookies. 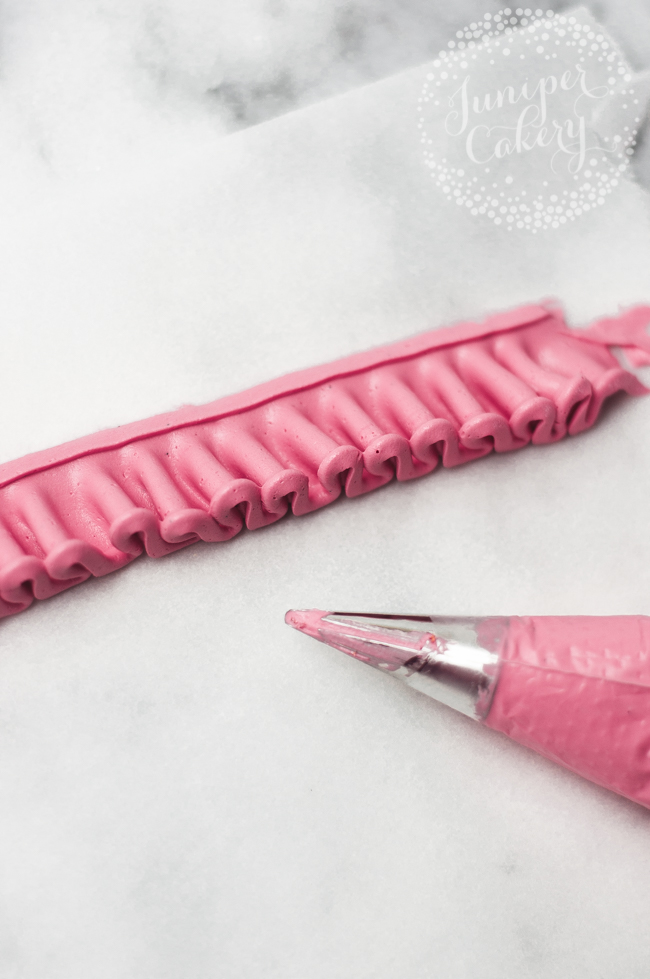 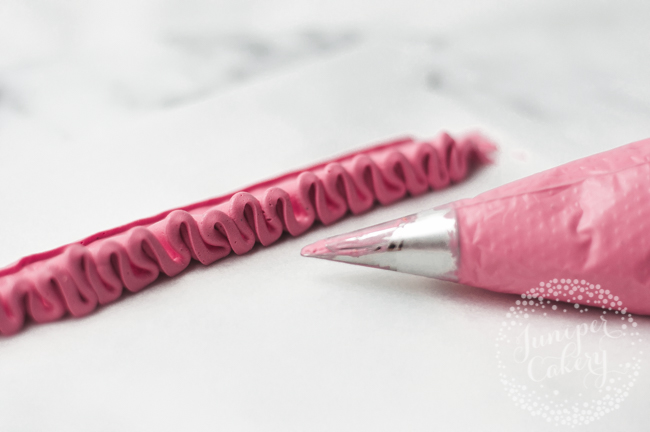 For a slightly more fashion-influenced look, the No. 040 tip by Ateco features a notch at the top and bottom of the tip opening. These create a small raised border along both edges of the ruffle that resemble overlocked fabric frills. 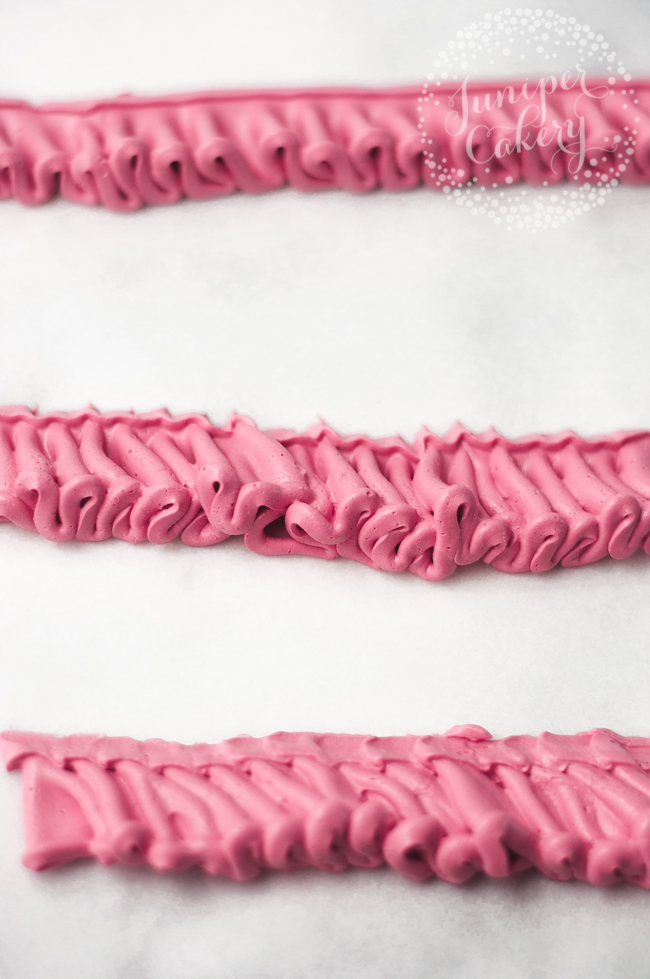 For a fabulous flurry of fashionable frills, try piping at different speeds to get a feel of movement. Pipe steadily but sporadically wiggle your piping bag to and fro or change your piping speed for less uniform ruffles. 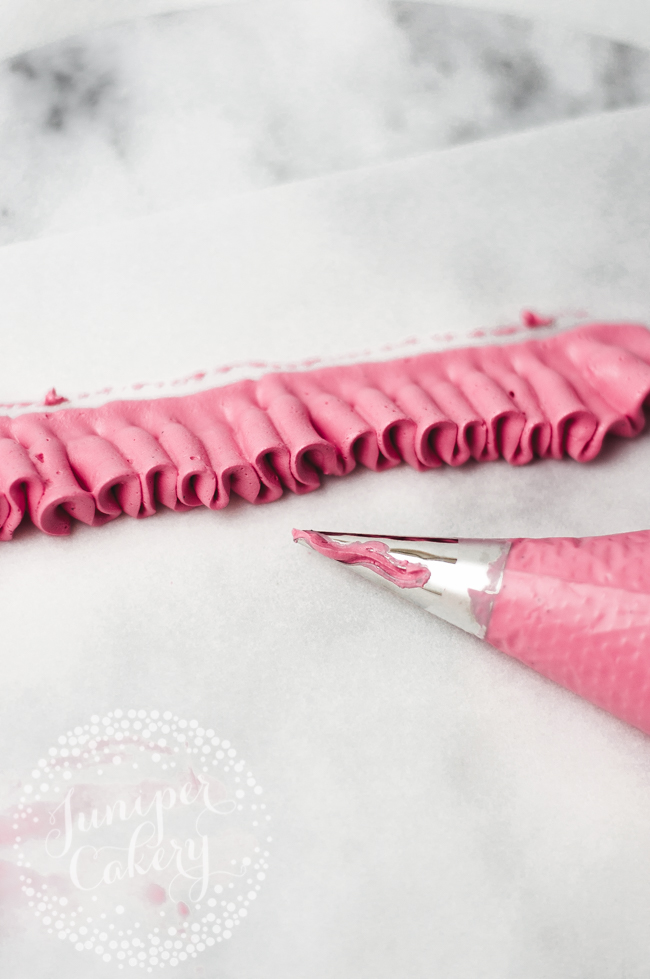 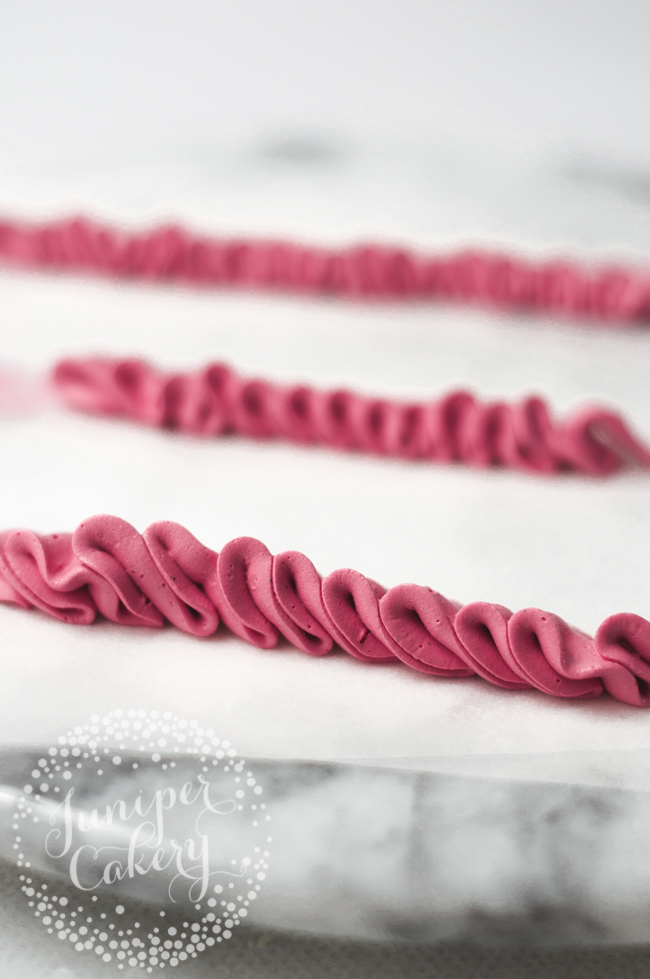 For slightly thicker and more playful frills, you’ll want to choose Ateco’s No. 030 ruffle tip. It’s easily recognizable with its wavy tip opening down the side of the nozzle. These waves create slightly more informal ruffles. At an aerial view you’ll see more of a 3-D effect running through the middle of your frills.

For more ruffles (and this applies to all the ruffle tips, not just the No. 030), wiggle your piping bag slightly from side to side as you pipe. For more random ruffles, move your piping tip along your work slower while still pushing out buttercream or royal icing at your usual speed. 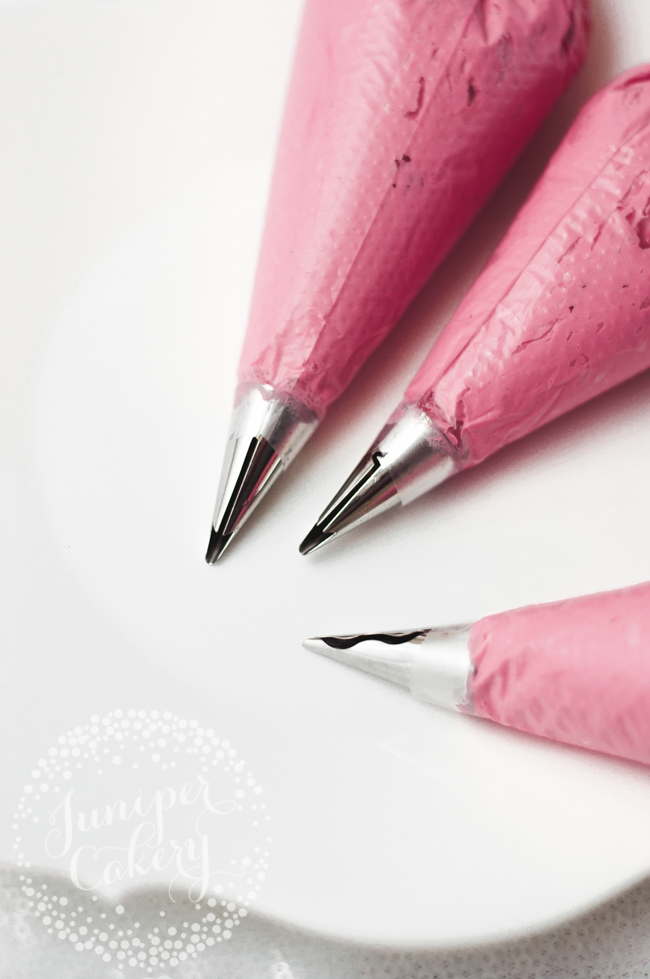 You don’t have to stick to horizontal lines to create gorgeous ruffles. Why not pipe vertically up the side of a cake? Create circular ruffles to finish off cupcakes. You can even use ruffle piping tips to make dainty buttercream fantasy flowers!