If you’ve dabbled in the world of food photography you know there are many different methods in how to capture a recipe through photos. Even if you’ve never picked up a camera but are a food-blog lover, you probably have noticed some of the methods your favorite food photographers use.

Today we’re going to look at my recipe photography method for capturing the steps of creating a meal! 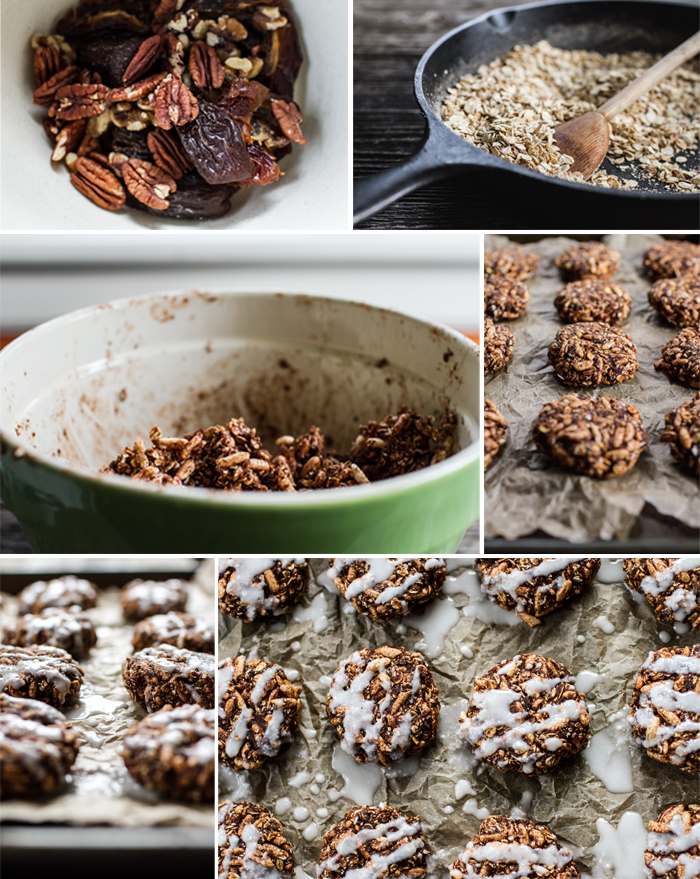 Some of the food photography techniques you may be familiar with and that are most common:

If you take a look at the collages I’ve provided, I think it’s easy to see that I fall into the last category in this list. I like to share a combination of process shots and photos of the final recipe. I feel this is helpful to the reader in guiding them through creating my recipes in their own kitchen while also providing a visual story.

How do you decide when a photo should be taken?

I look for moments throughout the recipe creation process that may present dual opportunities for both beauty and guidance. I also try to capture the evolution of each recipe from start to finish. I typically work from a beginning to end process. This is most evident in the cake photos you’ll see just below, but I think it’s easy to see in all of the examples.

Now, let’s check out my thought process when capturing these recipes.

For the first collage we have No-Bake Chocolate Granola Cookies. This recipe is extremely simple but there were still moments during the process of creating the recipe that I wanted to share.

Next, let’s check out the Chocolate Chip Zucchini Cake below (side note: The best gluten-free cake I’ve ever made).

You’ll see I followed the same general idea for the Tuscan Kale and White Bean Spaghetti Squash Lasagna Bake at the bottom of this post as well. There are many different squash varieties available, so I wanted to make sure my readers knew exactly which I used. I then showed the main steps of cutting the squash, scraping the spaghetti-like strands, cooking the filling, an then baking it and adding breadcrumbs at the end. 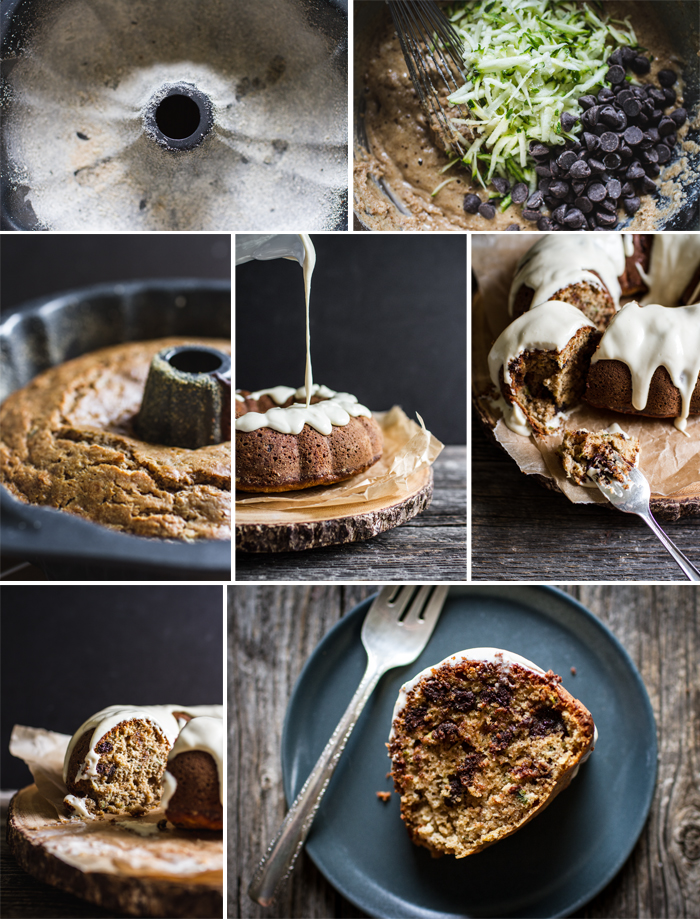 Now, let’s say you want to show the reader a bit of action in your photos. Sounds intimidating, but I have a few tips to help you out.

How to capture action in a photo?

There are a few different ways of creating action in a photo. Each of these photo sets shows some type of action, but I don’t always consider action to be movement. 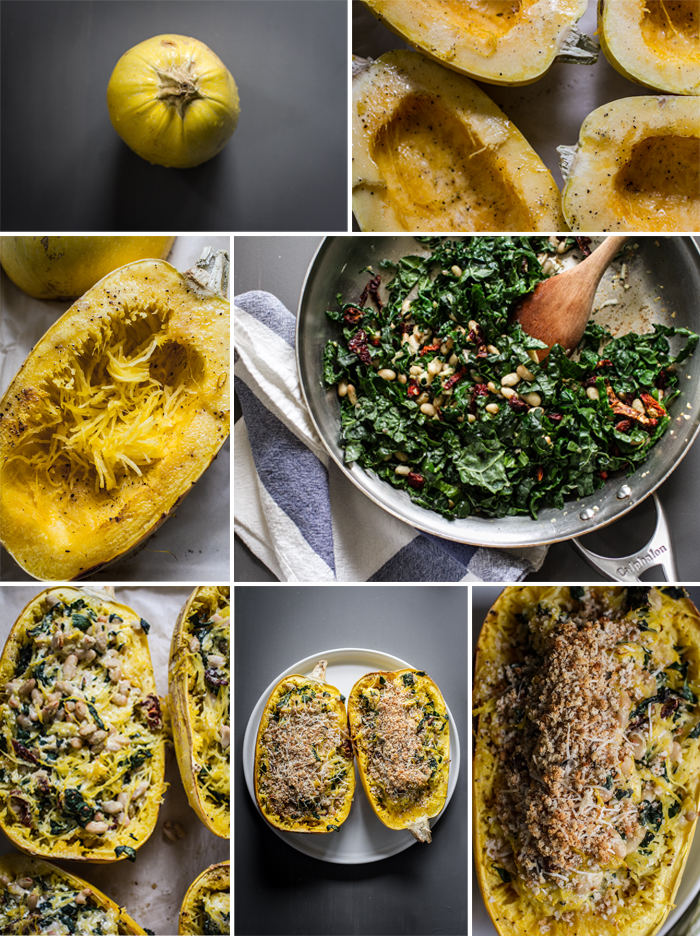 Hopefully this has helped you learn a little more about the process I use when capturing the steps of creating a recipe.

Learn to prep and prop mouthwatering images with Craftsy’s newest online class, Food Photography: From Plate to Photo! Discover trade secrets to style an array of dishes, from soup and salad to an iconic tabletop scene. Sign me up! >>

What certain method do you lean towards with your own food photography?