For many of us, the two styles of knitting we’re most familiar with are English and Continental. In America, you’ll find knitters of both those styles. But there’s another style of knitting that’s still popular and even dominant today in many countries, including Portugal, Egypt and Peru: Portuguese knitting. 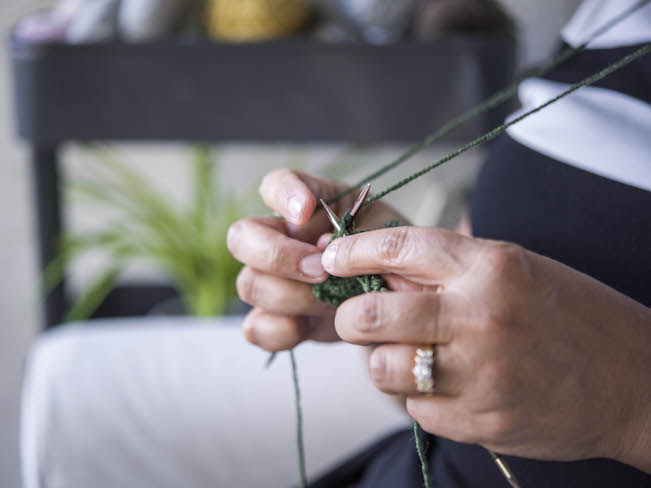 How did Portuguese knitting come to be?

The origins of this style of knitting are a bit incomplete since we don’t have a record of knitting’s entire history. (I know. If only!) But there are a couple of things we do know about it that work hand-in-hand with world history. Let’s take a look at how Portuguese knitting probably originated and spread, plus how it has changed over hundreds of years.

It’s not where you think it’s from…

Portuguese knitting is named for Portugal, but that isn’t actually the country where the style originated.

According to Bluprint instructor Andrea Wong, the style originated somewhere in the Middle East — the exact location is unknown — and then reached Portugal. The specific route of Portuguese knitting from the Middle East to Portugal is a mystery, but Andrea says it’s possible that this style made its way through North Africa or through central Europe.

How the style spread

Here’s what we do know: Europeans brought their knitting style to the Americas about 500 years ago. Once the Europeans picked up the Portuguese knitting style, they were ready to share it with everyone they encountered.

In fact, Portuguese knitting is still common in some South American countries today:

If you ever visit any of these countries, be sure to look for this unique knitting style being used! 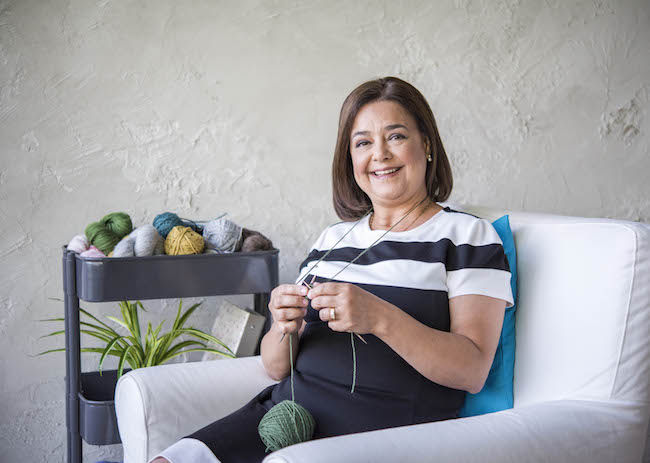 But if it’s not really from Portugal, why is it called Portuguese knitting?

We can thank our own Bluprint instructor Andrea Wong for actually naming the Portuguese style! While the style has been around for a long time, there was never really a name for it. Andrea learned this technique as a kid, and when she started teaching it she had to give it a proper name — and so she coined it Portuguese knitting.

Since its origin, Portuguese knitting has evolved, especially when it comes to needles. 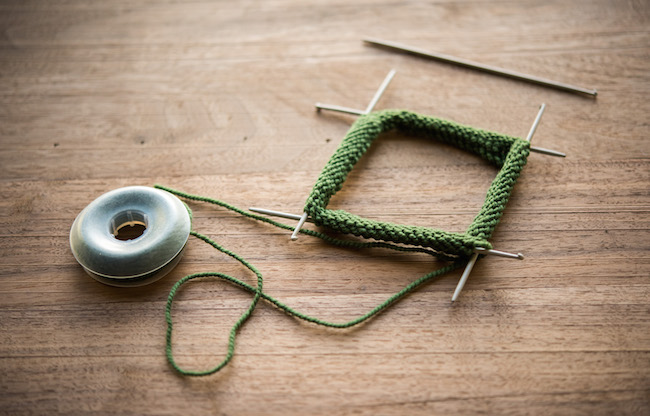 When Portuguese knitting originated, “regular” knitting needles weren’t the norm. Knitters used needles that look similar to a Tunisian crochet hook: They have a knitting needle tip on one end and a crochet hook on the other. (See the photo above for an example.) The needles were made of either bone or wood, and the technique works a bit like double-pointed needles.

These days, you can learn (from Andrea Wong herself) the Portuguese knitting style using regular knitting needles, the same ones you’d use for English or Continental knitting.

Want to give it a try?

Do you knit in the Portuguese style?

One Response to “The Surprising History of Portuguese Knitting!”