Photographing reflective surfaces and objects can be both challenging and rewarding. The biggest of these challenges is dealing with glare and unwanted reflections when making a photograph. As my area of photographic expertise revolves around nature and landscape photography, with a little automotive imagery thrown in from the occasional trip to the drag races, those are the two main reflective subjects I deal with. 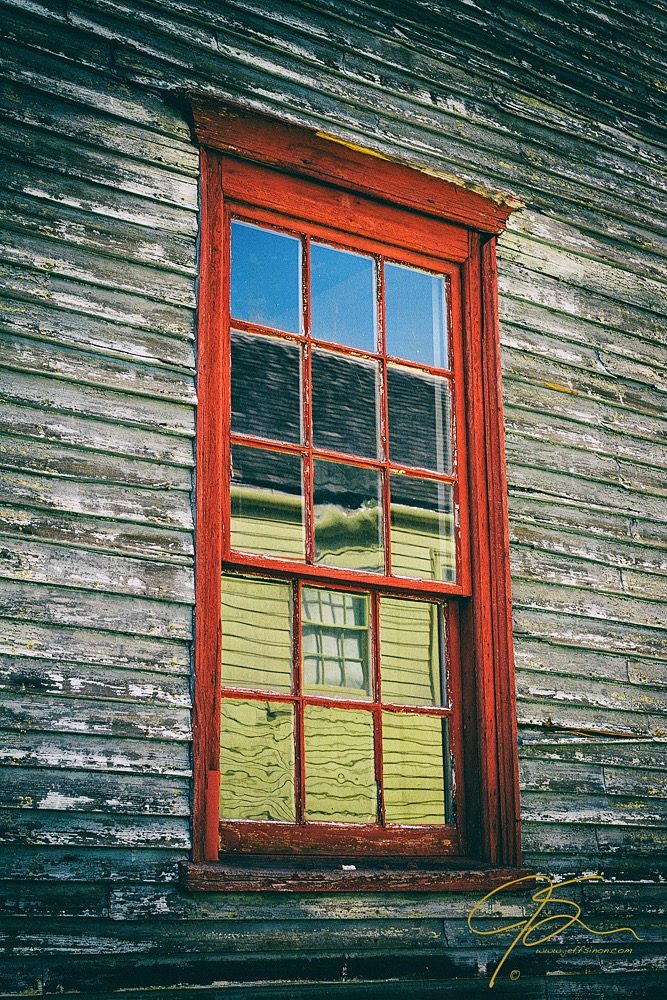 Wet leaves, wet rocks, the water’s surface on a stream or pond, the chrome on a car bumper — all of these reflective surfaces and objects present their own unique challenge to photographing them while dealing with often times unwanted glare and reflections.

There are basically two ways to deal with reflections and reflective objects in your photographs. You can either embrace them, or do what you can to reduce or eliminate them.

With the photo of the window, above, the the pealing though still bright red paint, the weathered siding on the house, and the rippled panes of antique glass all caught my eye. There were several possible angles from which I could have made this photo, the one I felt made the photograph more interesting embraced the reflection of the the bright yellow house right next door. 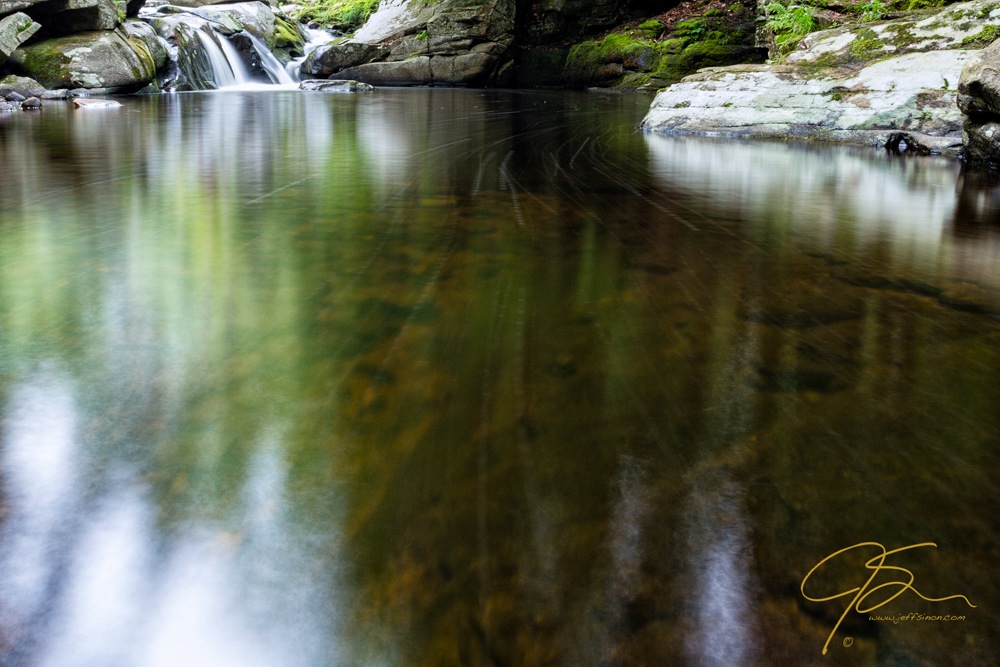 Tame it with a polarizer

Above is a photograph of a favorite little waterfall not far from my home. As you can see, especially on the left side of the image, the reflection and glare caused by the sky is quite distracting, and pretty much ruins the photograph.

Correcting and removing all or most of the reflections in a photo is very easy with the one filter I recommend all nature and landscape photographers have in their bag — the circular polarizer or CPL as it’s commonly referred to. In the next photo of the same waterfall and stream, I was able to greatly reduce the reflection on the water’s surface by using a circular polarizing filter on the front of my lens. 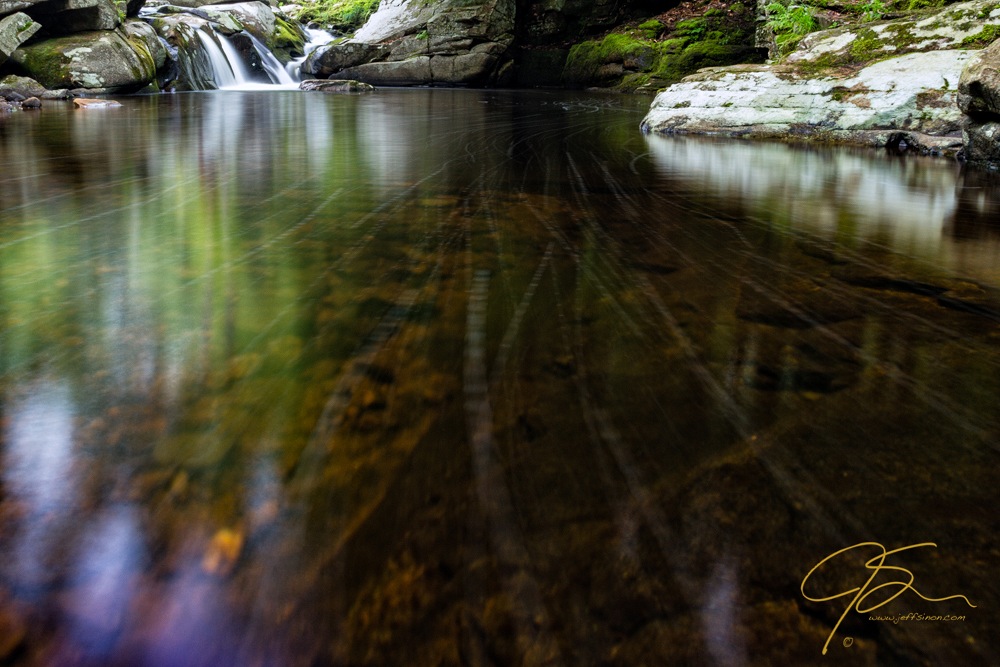 As you can see, the reflection, while not completely eliminated, is greatly reduced allowing you to see into the water seeing much more detail in the stream bed.

The circular polarizer works well in reducing reflections on most any shiny surface, with the effect of the filter being the greatest when you are photographing at 90 degrees to the light source. The more you lessen the angle, the less effective the filter will be, until when shooting either straight towards or straight away from the light source when the CPL will have no effect at all.

Be forewarned, the CPL is not a magic bullet, it will not completely remove unwanted glare or reflections from your photos. 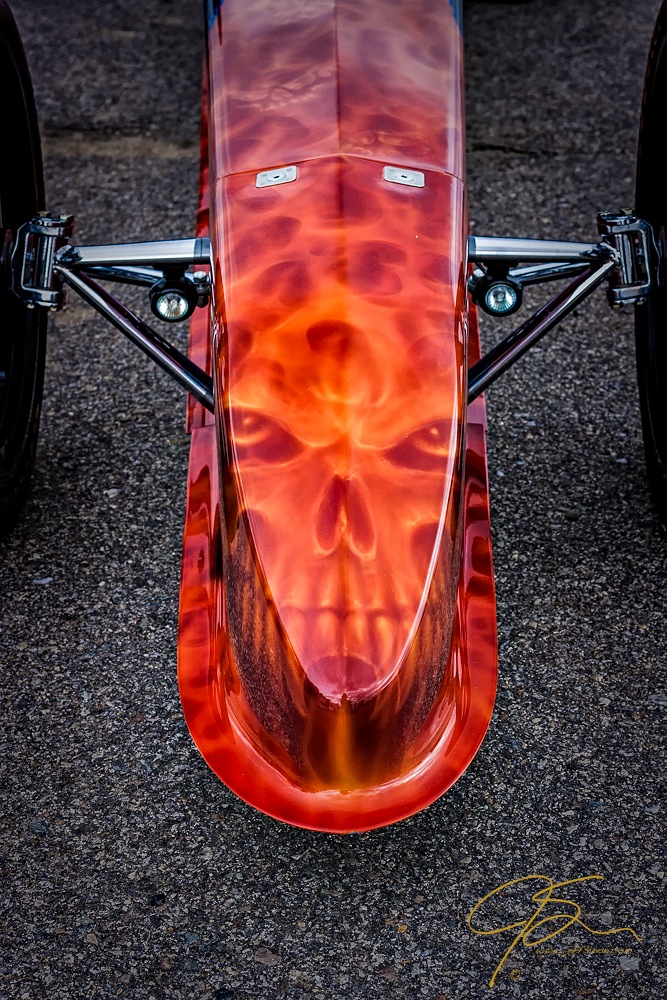 Cars, with their shiny paint and highly polished chrome, are another reflective subject where a circular polarizer can come in handy. In the photo above, the nose art on this dragster was very subtle and painted in such a way it was difficult to see. As I was setting up my camera to get a photo, the owner of the car assured me that I wouldn’t be able to photograph this meticulously done flaming skull. He told me people had been trying all day, and every one had gone away disappointed. As you can see, I was able to reduce the glare and reflection and reveal this menacing grin by using a polarizer. 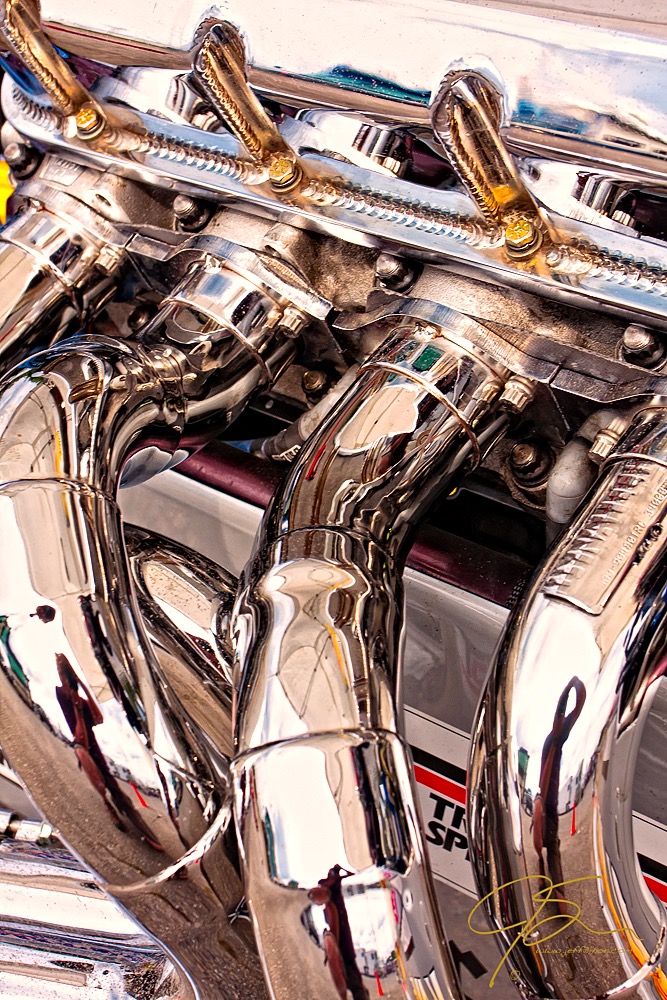 Photographing extremely reflective objects straight on, like these exhaust headers, is a surefire way to end up with a selfie, or a selfie times three in this case. You can try wearing dark clothing so your reflection doesn’t stand out too much, but the best way to deal with it is to photograph your subject at an angle. 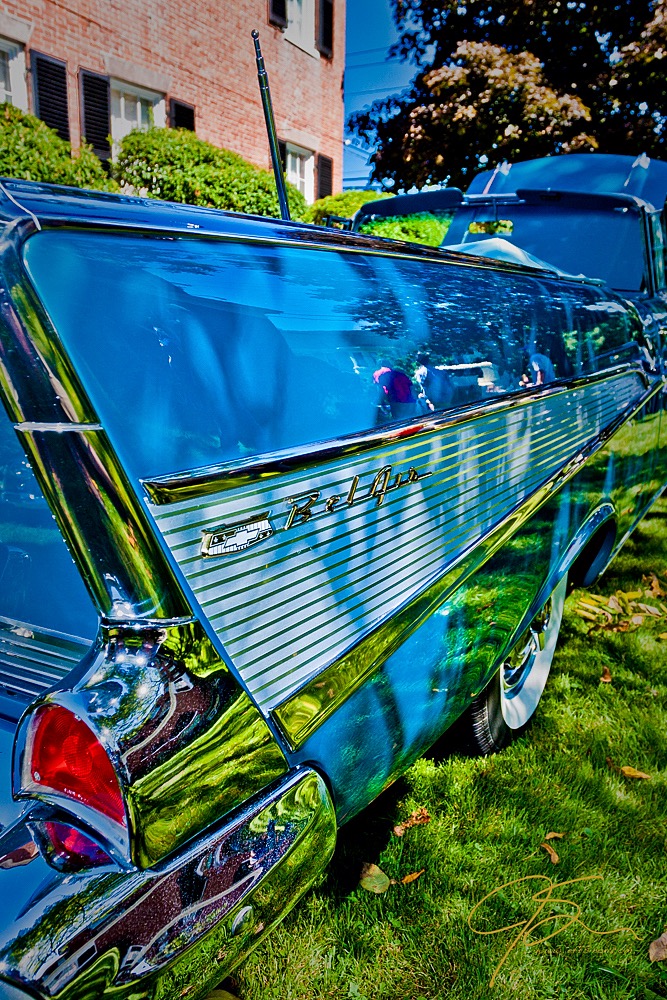 While photographing at an angle reduces the risk of getting your own reflection in the shot, it doesn’t prevent you from photographing someone else’s.

Hopefully these tips will help you the next time you’re faced with a reflective object in your photographs.